Bukayo Saka had leveled the game at one-one but Arsenal capitulated in a torrid fifteen minute spell to fall to their first defeat of the new campaign.

The Gunners were excellent and dominated the match for the majority, but created little in the way of clear cut chances.

In the end Eric ten Hag’s men weathered the storm and were more clinical with their opportunities.

Here are the four main takeaways from the game

Eric ten Hag’s revolution is well and truly under way

The former Ajax manager's reign at Old Trafford could not have got off to a worse start; a home loss to Brighton and a four-nil hammering away to Brentford showed how big a job he had to turn around a club that was in total and utter disarray.

Three weeks after the horror show at the Gtech Community Stadium, ten Hag has miraculously turned things around. Four wins in that time, including victories over perennial rivals Liverpool and classic Premier League adversaries Arsenal has changed the mood among the fanbase.

The first sign that this was not a man to be trifled with, came after the chastening defeat to the Bees. Unhappy with how little his players had run during that match, the players were made report for training despite a scheduled day off on the Sunday after the game. The task was simple, to run 13.8km. No mere number plucked from the sky, but the deficit in distance between what the Man United men ran in comparison to Brentford’s during that game.

Unlike his predecessors, the United manager has shown a ruthless streak not seen since the heady days of the totalitarian Sir Alex Ferguson. Captain Harry Maguire, Cristiano Ronaldo and Luke Shaw have been benched, something that would not have happened last season.

In came Lisandro Martinez and Tyrell Malacia to the back line, along with Rafael Varane and the rejuvenated Diogo Dalot. The new back four has provided the bedrock of the turnaround in the clubs fortunes over the last few games. David De Gea is afforded better protection and with United shipping less goals, they have a platform to build from.

There is still a long way to go in this rebuild, we have seen positive starts evaporate quickly at Old Trafford in the recent past and it is too early to say Man Utd are back, but there is a growing feeling that this time, under ten Hags guidance, the club have finally got the right man to win the fans over and sunny days might lie ahead. 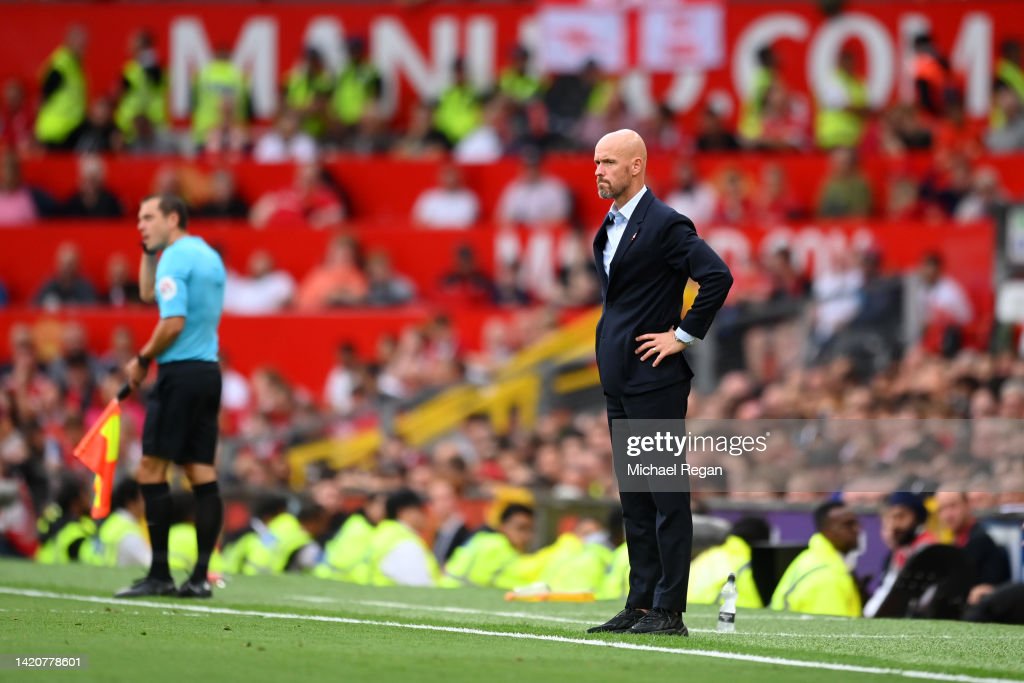 For all their dominance, Arsenal created very little

Yesterday may have only been the first defeat of the season for Arsenal but an underlying problem reared its head that could go on to deeply affect their season and a push for a top four place.

For all the excellent football Arteta’s side played, allied with the intensity they brought to Old Trafford yesterday, the Gunners created very few clear cut chances. De Gea in the United goal won’t have as many easy days as he did yesterday, the Spaniard was only called on once to make a save of note.

Some of Arsenal’s passing and movement was a joy to watch on Sunday, but against a resurgent back four, their attack looked impotent. This might sound like a crazy assumption to make, especially as the North London side had scored thirteen goals coming into yesterday's game but in that run of games they have faced newly promoted Bournemouth and Fulham as well as Leicester City who are in total chaos at the moment.

Wednesday night's game with Aston Villa displayed some of these attacking issues, in a game which once again the Emirates side dominated, they only secured victory by a slender margin. A lack of composure at key moments was the difference between securing a comfortable home win to Villa and winning at Old Trafford for only the second time in sixteen years.

Arsenal are much improved this season, especially since the acquisition of Gabriel Jesus from Manchester City to bolster their attack. With the league looking so competitive at this early stage, Arteta will need his players to display a ruthless streak when playing the ‘top six’ if he is to ensure a return to the Champions League, and not just becoming a flat track bully in the Premier League. 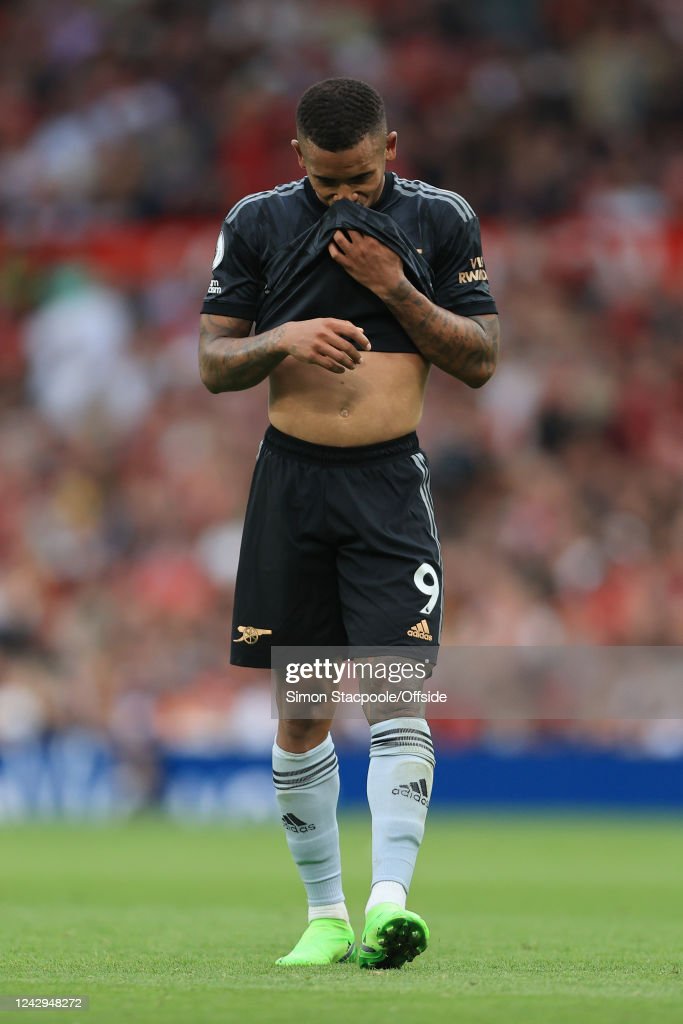 Following the expiry of his short term contract with Brentford, Eriksen’s transfer brought little fanfare. His arrival was seen as more of a bolstering of United’s midfield options, a player to use in rotation.

The former Tottenham and Inter man has been a key figure in the turnaround in fortunes at Old Trafford. Playing alongside Scott McTominay in midfield,in a slightly more advanced position, Eriksen is the one entrusted by ten Hag to control possession, dictate the tempo and break the lines to start attacks.

United struggled last season with their passing, their midfield limited by the abilities of Fred, McTominay and Matic to keep the ball and be brave enough to play the passes that could break sides down.

At Old Trafford on Sunday his stats showed the positive influence in this regard to the team. Eleven final third passes, two key passes and an assist was an excellent day's work along with the man-marking job on Arsenal’s captain Martin Odegaard, earning Eriksen the man of the match.

It is not only with his work on the ball where the midfielder excels, his work off it inspires both his teammates and the supporters. A stat from UtdArena has the Dane topping the running charts at Man Utd, running 10.69km per ninety minutes, in their matches so far.

With so much money wasted on expensive flops over the years, the free signing of Eriksen is turning out to be a real coup by the board at the Theatre of Dreams. 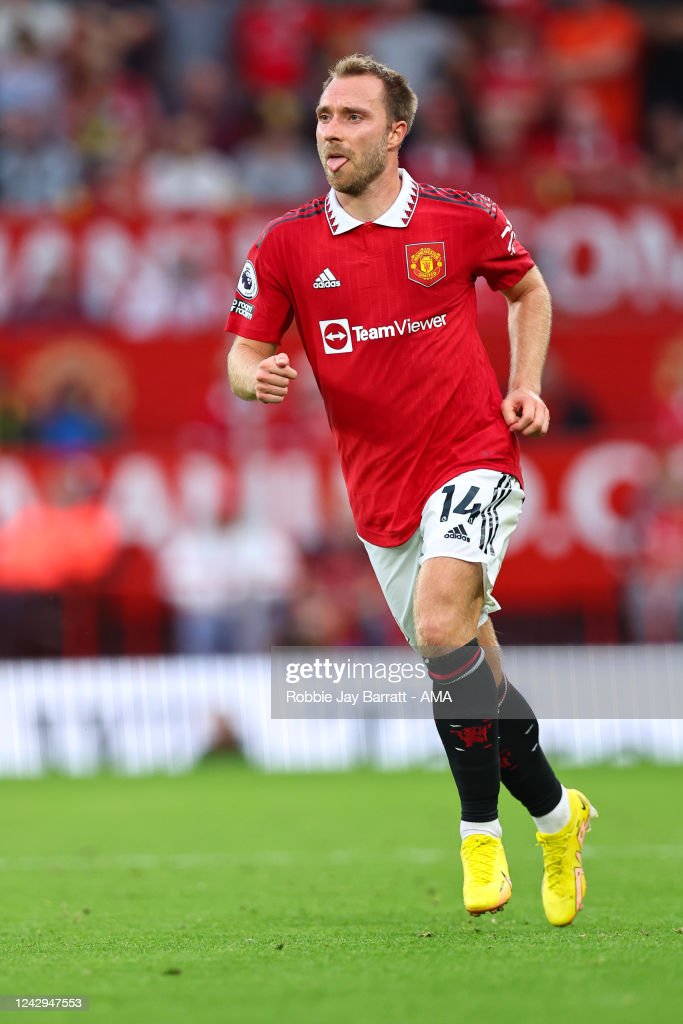 Arteta got his substitutions wrong

With Arsenal two-one down, Mikel Arteta turned to his bench in a desperate attempt to level the game. On seventy-four minutes Martin Odegaard, Albert Sambi Lokonga and Oleksandr Zinchenko were substituted for Emile Smith-Rowe, Eddie Nketiah and Fabio Vieira. Within a minute United scored a third and the game was over.

With Arsenal switching from a 4-2-3-1 to a 3-5-2 with the changes, it felt like the team was disorganized and all over the place for Rashford’s second goal. They had been in control of the match and at two-one the game was still within their reach. It felt like Arteta hit the panic button too early.

Taking off Odegaard who has the ability to play a killer pass and was linking well with Jesus seemed like a strange choice.

The Arsenal manager will take many positives from this defeat but when it comes to self-reflection, he will need to try to think more calmly and rationally when faced with a similar scenario such as the one he faced at Old Trafford.

Arteta has done an excellent job this season, this loss should not have too much of an impact on the morale of his team. With Everton at home and Brentford away, interspersed with Europa League fixtures against FC Zurich and PSV Eindhoven; Arsenal have winnable fixtures to ensure yesterday was just a blip on the road in their development. 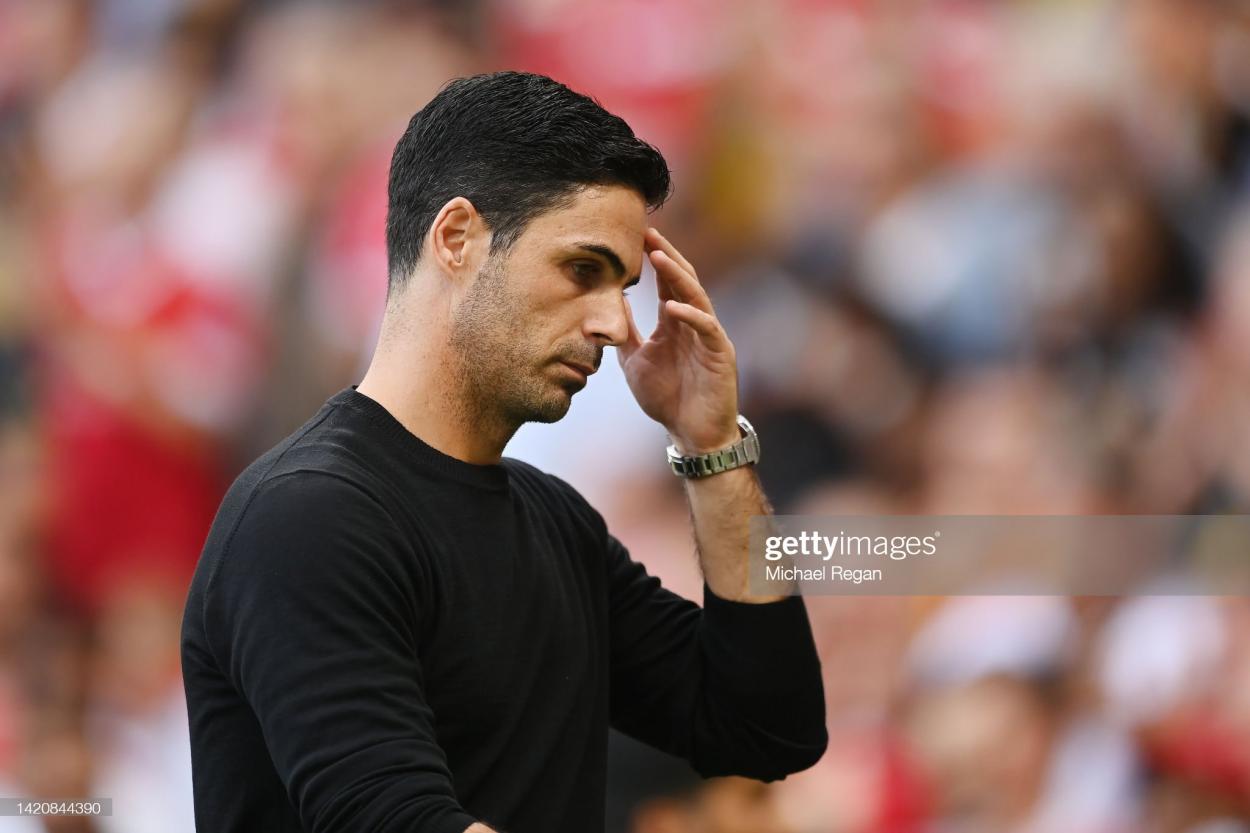 "I love watching Ederson and Alisson, I wouldn't want to be Brazil's coach!" - Brad Friedel 21 days ago

O'Neil: "All of them should get a standing ovation" 21 days ago