19:00. Stay tuned for the latest on VAVEL, you don't want to miss all of the football action; whether that be in the FA Cup, where there already have been quite a few shocks today, or the African Cup of Nations, with the second round of fixtures well underway! Thanks for joining me, have a goodnight, I'll be back with another commentary soon!

18:55. My Man Of The Match: Lionel Messi - The Argentine has started the year of 2015 off in sublime form, and today's game was another sign of that. Two goals, and two assists, for the 27-year-old forward, who has adapted his playing style to help his team-mates. Neymar got a brace, and Messi was an integral part in their win today, as he always is! 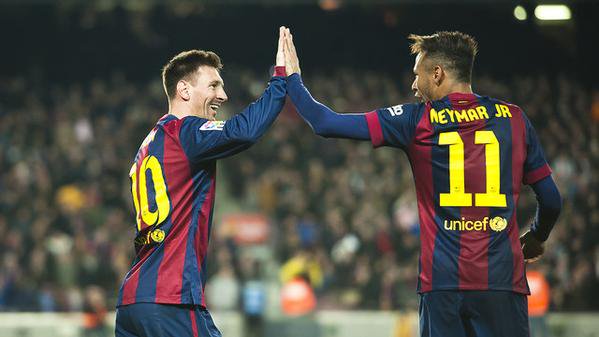 18:52. Either way, I hope you enjoyed the live commentary today - a brilliant end-to-end match which was heavily one-sided in the scoreline, but that probably had something to do with Fajr's red card soon after the second-half had begun.

18:50. It was such an action-packed match, almost hard to follow at times with all of the goings on!

90+3: The referee eventually blows his whistle, to signal the end of what has been an astonishing match. Barcelona were only 1-0 ahead at the half-time interval, but a sublime second-half performance has seen them smash Elche with a 6-0 scoreline away from home. Messi, Neymar, Mascherano and Xavi were all superb.

90+2: GOAL! PEDRO GETS ON THE SCORESHEET! NEYMAR ASSIST! Surely, the last kick of the game. Pedro gets himself amongst the goals, with a neat tap-in from close range after a good pass near the byline from Neymar, who unselfishly squared the ball to his team-mate. 6-0. Incredible stuff.

90: The fourth official has signalled for three minutes of stoppage time, Elche's players are probably praying for the whistle to come as soon as possible. At half-time, they were only 1-0 down, and now look.

88: GOAL! YET ANOTHER! MESSI AGAIN! Just a few minutes plus stoppages to play, but Barca have no mercy. Messi gets his second of the day after weaving past his marker to latch onto Bartra's long through ball, before racing into the box and slamming his effort past Tyton, who was rooted to the spot.

85: AS IT STANDS - This result, will ensure that Barca move within a point of the leaders Real, who narrowly won against Cordoba in the day's earlier kick-off.

82: Elche making their last change of the game... Aarón coming off in place of Coro.

80: Ten minutes left to play, Barca are doing well to zap out the energy of the hosts, dominating possession and passing their way up the field.

77: Leo's playmaking ability has been emphasised once more today; you do not need to score all of the goals, football is a TEAM game and Messi has adapted his game to suit the needs of his team-mates. Neymar, for one, will not be complaining with Leo's service today.

74: Since Fajr's red card, Elche have had to settle for scraps and have not had any real chances. Unlucky, 4-0 down with 15 plus minutes left.

72: Xavi comes off now, after a great game for the experienced Spanish magician - Sergi Roberto replaces him.

71: GOAL! SUBLIME! MESSI & NEYMAR COMBO WORKS WONDERS! 4-0 TO BARCA! Neymar plays a neat one-two with Messi, who gives Neymar an inch-perfect ball to latch onto, before he smashes the ball into the roof of the net, nothing Tyton could have done to stop that shot from going in. 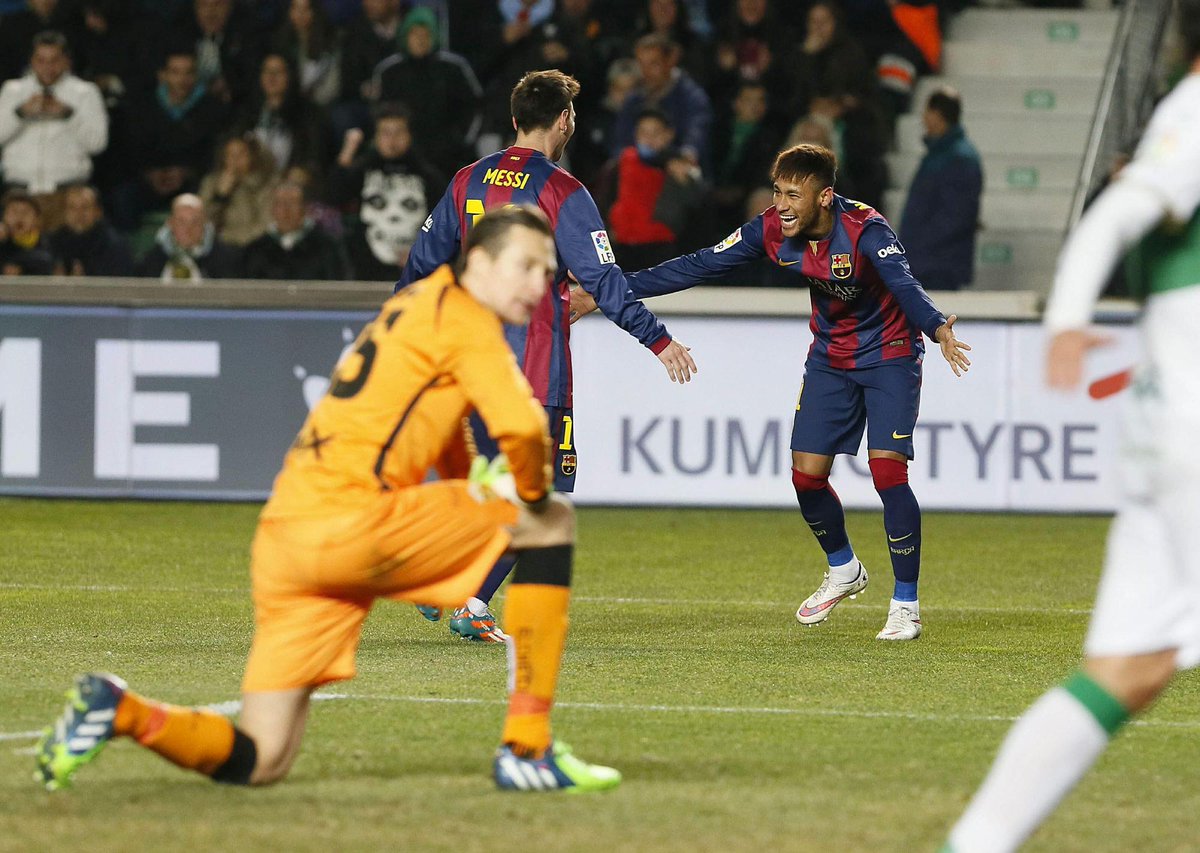 70: Twenty minutes left to play, and that looks like it is game over now. A double change for the visitors, with Mascherano and Alba being replaced by Busquets and Adriano. Fresh legs for Enrique's men.

69: GOAL! BARCA MAKE IT THREE! Messi gets his assist, after some patient build-up play on the edge of the area; before slotting the ball towards Neymar inside the box, the young Brazilian forward simply could not miss from close range!

67: Alba in the referee's book now, for a late tackle on Victor, catching the winger's calf.

63: Mascherano becomes the first Barcelona player to be yellow carded in the match, for a late challenge on Damian Suarez.

57: RED CARD! Elche down to ten men, as Fajr gets a second yellow card for a needless challenge on Rafinha, hacking into the Barca man's ankles. A sign of frustration, but he can have no complaints as he trudges down the pitch into the tunnel.

55: STAT - Messi's 20th league goal of the season, his first successful goal from the penalty spot so far in the league this campaign also.

54: GOAL! BARCA MAKE IT TWO! LEO FROM THE SPOT! Messi makes it 2-0 from the spot, with a cheeky effort past Tyton who was off his line; but unable to deny the Argentine maestro from doubling the visitors' lead.

53: PENALTY FOR BARCA! NEYMAR GOES DOWN! REFEREE POINTS TO THE SPOT! A sign of mercy, from the referee? Pellegrín was already booked, as he took down Neymar in the box. No complaints, definitely contact.

52: Great stop from close range by Tyton! He does well to block Neymar's effort on-goal after a header downwards into his path by Alba. Another amazing through ball by Messi towards his team-mates in the area, in the build-up.

50: Victor goes down in some considerable pain, and he'll need the physio to help him get some treatment, after he is accidentally clattered by former team-mate Montoya on the flank.

46: Just for your information, neither side have made any substitutions, as the second-half is already underway.

18:02. KICK-OFF! Second-half has begun now, Barcelona with a slender lead, 45 minutes still to play though.

18:01. The teams jog back onto the pitch out of the tunnel, awaiting the second-half to start!

18:00. Just a few minutes until the start of the second-half, Elche need to improve on their final ball if they are to get anything from this match. They were punished out of nothing, but need to make sure they are focused and keep up the pressure on Barca's play, especially in midfield.

45: The referee blows his whistle, for half-time! Barcelona lead by a goal to nil, thanks to a quick free-kick which made the hosts pay, from a surprising source; Gerard Pique.

44: OFF THE POST! OFFSIDE THOUGH! Messi links up with Xavi, in midfield before Leo feeds the ball towards the path of Pedro, who was marginally offside and has an effort cannon off the side of the post either way.

39: Fajr somehow only gets away with a yellow card from the referee for a high boot into Rafinha's face - nowhere near the ball, and a foul in the process. In the Premier League, that would have easily been a straight red.

35: GOAL! BARCELONA AHEAD! PIQUE WITH THE FINISH! The free-kick is taken quickly, with Elche defenders still sorting out their defensive shape. A hint of an offside perhaps, as the Spanish centre-back is spotted with pin-point precision from Xavi's lofted ball into the box - and he makes no mistake from close range. 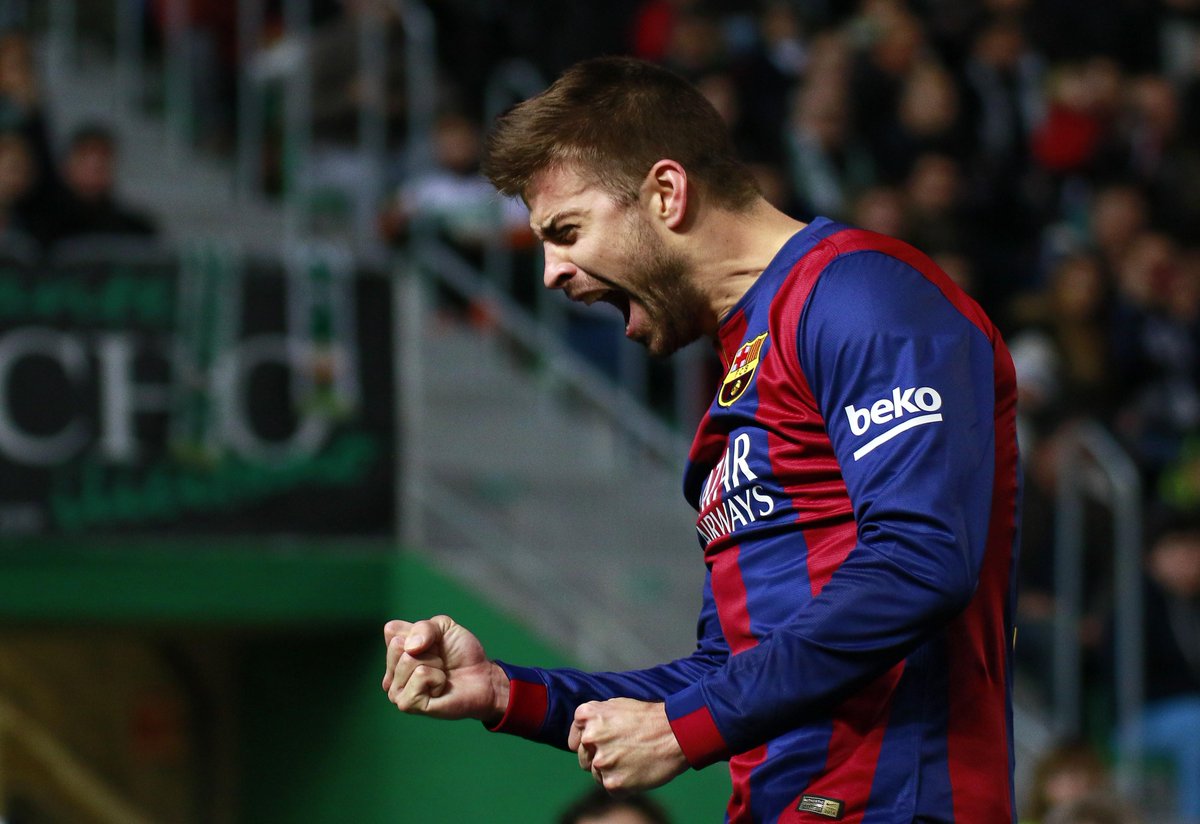 34: Pellegrín is given a yellow card for a rash challenge on Pedro, who goes down clutching his ankle in pain.

34: Brilliant through ball by Messi! He looks up, with space in-front of him; swerving a teasing ball into the path of both Pedro and Neymar, but neither are able to convert from close range. Unlucky there, the Argentine could have got an assist...

33: Cameras focus on Luis Suárez, looking cold on the substitutes' bench. He has been rested ahead of Wednesday's second-leg game against Atlético in the cup.

28: Good interception from Mascherano, who blocks the attempted run of Jonathas on the counter attack.

26: Aarón is shown a yellow card for a deliberate tug on Pedro, who does not look happy about the challenge.

25: Bravo does well to make two good stops in quick succession. First, he gets down low and blocks a shot from close-range, before he is alert to deny a free-kick strike from hitting into the bottom corner of the net.

21: Just wide! Elche get the ball forward with pace, and Jonathas gets the better of his marker before hitting a half-volley effort wide of Bravo's far post.

19: Messi stands behind a free-kick, ready to take it... close! His swerving effort fizzes past the 'keeper but also just wide of the post. Almost the opening goal there.

18: Cisma is booked for a late sliding tackle on the edge of the area on Messi, he can have no complaints - studs were showing.

14: Jordi Alba with a shot for the visitors, but it is off-target and wide of the mark.

11: A free-kick goes Elche's way, but they are unable to take advantage with a weak delivery which is seen out for a goal-kick.

9: Leo tries a quick one-two with Neymar, but the young Brazilian is unable to play his team-mate through on-goal, as Elche hoof clear.

7: Messi tries to weave his magic after winning the ball in midfield, running past two markers but the goalkeeper intercepts the ball by rushing out of his box quickly and efficiently to smother.

5: Good defending from the visitors to clear the danger, from an in-swinging delivery.

4: Neymar is seen clutching his hamstring, looking uncomfortable. Replay show that he was bodychecked whilst jumping for a header on the edge of the area.

16:50. Gareth Bale scored a late penalty strike to secure all three points for Real, in a tense 2-1 victory over Cordoba. Carlo Ancelotti's men are now four points clear at the helm of the table; Barca will look to close the gap again.

16:45. Just a few minutes left in the 3pm kick-off, with Real Madrid forward Cristiano Ronaldo being shown a straight red card for kicking out on an opponent, although the referee seemed to miss his deliberate punch a few minutes beforehand.

16:30. No Rakitic, Busquets or Suárez in the starting line-up for today, but it's not a surprise given the fact that Barca have another big game to look forward to in midweek.

16:00. An hour before kick-off now, confirmed team line-ups to be announced next!

15:55. STAT: In the last three meetings between the two clubs, Elche have conjured up only a draw. Barca have won the remaining two.

15:54. The super attacking trio of Luis Suárez, Neymar and Lionel Messi should be too much to handle, especially given their recent performances of late. 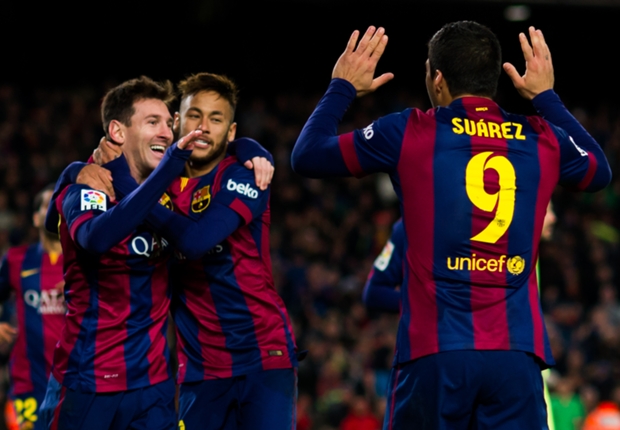 15:53. Predictions for today's game? Barcelona should have too much quality for Elche, but the hosts could stir up a surprise if they start the match well and are clinical in-front of goal.

15:50. Today's other fixtures in the league are as follows -

15:47. After their narrow 1-0 cup win over Atlético in midweek, Luis Enrique will make sure that his side are not complacent going ahead against one of the weaker sides in the league.

15:45. That is not to suggest though, that Elche cannot win today. Barcelona have lost three matches in the league so far this season, with two of them coming against less fancied opposition. Real Sociedad and Celta Vigo.

15:40. Nothing but a win will do for Barca today, with Atlético Madrid and Sevilla still to play this weekend - just six points separates the top four sides.

15:35. Barcelona find themselves in second place going into this match, just a point behind title rivals Real Madrid who are currently in action against mid-table club Cordoba.

15:32. Today's match will be played at the Estadio Martinez Valero, which is home to around 36,000 supporters. 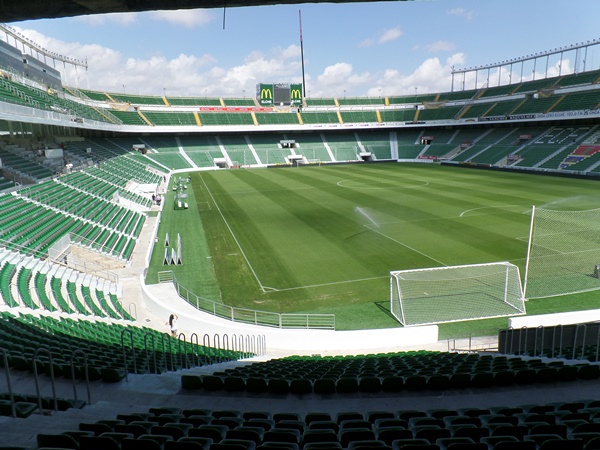 15:30. Hello again everyone, and welcome to my latest live commentary! My name is Mosope Ominiyi, and I will be commentating on the La Liga game between Elche and Barcelona; with kick-off scheduled to start in just an hour and a half from now.