A sublime goal from Marcus Edwards gave England more than required to seal their place in the quarter-finals of the U17 European Championships.

The result alongside Italy's 1-1 draw with the Netherlands mean John Peacock's England side go through as Group D winners while the Republic of Ireland sit bottom of the group having failed to score in the tournament.

One more win, in the quarter-finals, will see England secure a place in the U17 World Cup later this year but as reigning champions they'll be looking to go even further.

Tom Mohan's Republic of Ireland looked thoroughly disappointed at the final whistle and despite pre-tournament expectations being low, failing to score will be a blow to this side's confidence. Finishing bottom of Group D means they have no chance of going to the World Cup in the autumn.

Marcus Edwards' free kick from 25 yards was the first chance of the game as it whipped past the upright.

Edwards' dribbling continued to cause problems as Ireland conceded another freekick due to a hard challenge on him. The Spurs youngster scored from the bench against Italy and caused trouble against the Dutch, this time Nathan Holland curled one just wide.

The Young Lions' top scorer in qualifying, Layton Ndukwu, had the job of cutting inside from his wide left position to bring Jay Dasilva into the game. The combination worked well in the opening minutes and with Ireland intending on keeping possession, Ndukwu knew he could press as Dasilva backed him up.

Possession football can cause problems when you play from the back. Ireland's loss of the ball in the first quarter of an hour caused havoc for their surprised defence. Holland and Ugbo almost had clear chances and Dasilva toyed with the Irish right-back Corey O'Keefe but the 16-year-old looked solid in defence.

England had their first good chance from open play as Edwards' shot was deflected wide for a corner after Wright played the Spurs man in to the box. Kelleher claimed the corner well but Ireland's early possession play became England's dominant control over the ball and the game.

Reece Oxford cleared with relief after Ireland almost walked the ball into the net. Barrett won the ball off Jay Dasilva and swerved away from defenders to drill the ball across goal for Ronan who couldn't quite reach behind him to get it past Woolston. 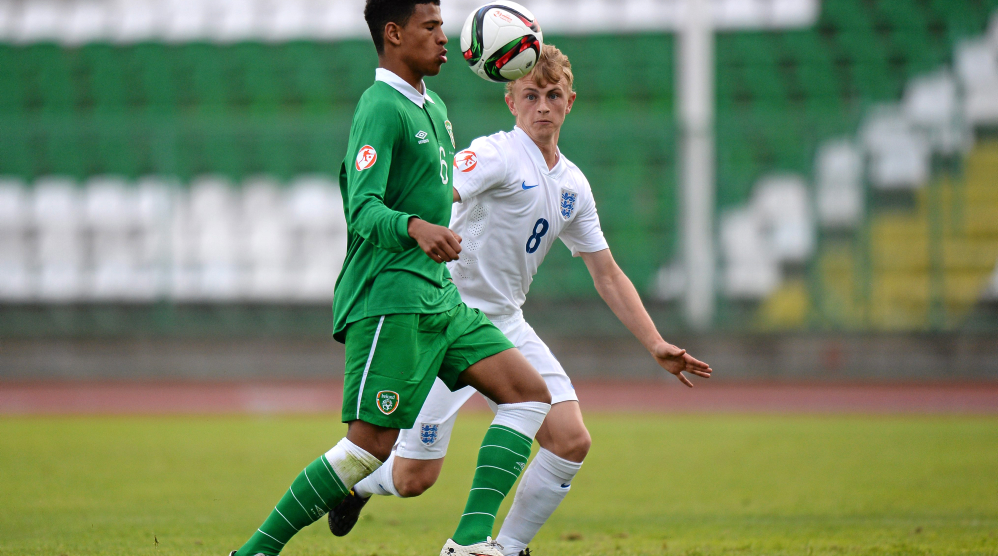 Edwards turned in and out of the Irish defence to poke it into Ndukwu's path but, firing across goal as Kelleher rushed out to meet him, his shot deflected wide.

Holland and Edwards took turns takings the set pieces for the Young Lions and Nathan Holland delivered a great corner to be met by Reece Oxford, Kelleher saved well to keep it level.

Robbie McCourt, at left-back, swivelled, swerved and jinked in and out of England's defence, passing most of the side. His ball into Barrett wasn't of the same quality but John Peacock's side looked concerned at how easily McCourt sprinted for so long.

Peacock called on his side to be more clinical after drawing 1-1 to the Netherlands - only through an own goal. Yet in the opening 30 minutes his side failed to be such. In fact, they looked the opposite. Their German counterparts had scored 4 at the same stadium the day before but with 10 shots, England only managed 2 on target.

All three of Ugbo, Ndukwu and Holland either hit it straight at Kelleher or missed the target within two minutes. Scully came on for Waide-Slater for Ireland before half time.

Edwards earned another free-kick for England but, swapping takers again, Herbie Kane hit it wide as well for another wasted opportunity before half time.

The overall performance from England was impressive in the ten minutes before half time but their finishing meant they finished the half with no lead and 9 shots off target.

Peacock made a half time substitution as Chris Willock came on for Layton Ndukwu who once again looked a completley different player to the star who was England's top scorer in qualifying. 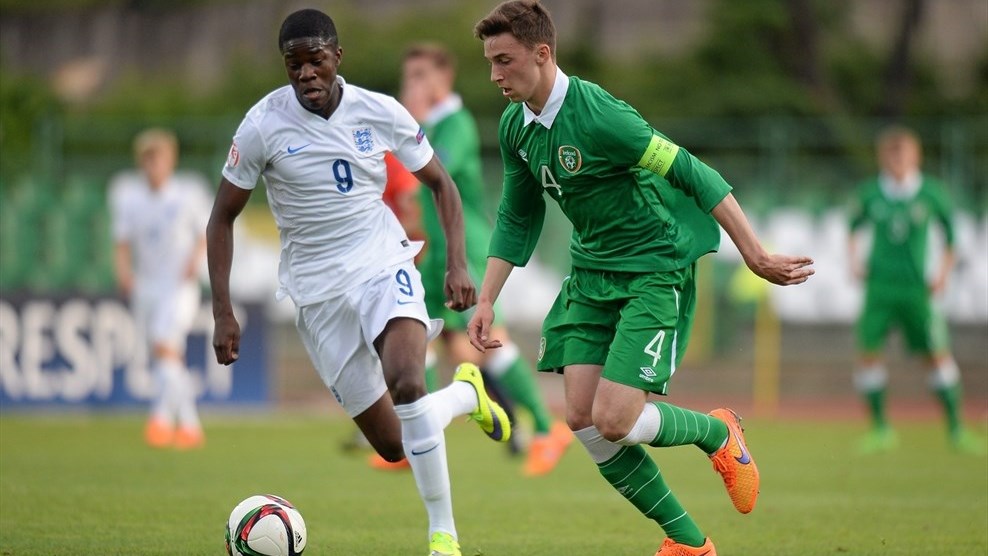 Willock made himself known to Corey O'Keefe immediately. The Irish full-back dealt with Ndukwu very well in the first half but Willock strode past him and into the 18-yard box. His shot was blocked but within a minute he looked a danger.

Knowing a single goal would take his side into the quarter-finals, Scully shot from long range and almost took Ireland to second place in Group D. It bounced in front of Woolston and he saved well but was called into action again as the rebound had to parried and cleared with an overhead kick.

England counter-attacked and wasted a corner but the Irish chance showed how easily Group D could change.

Danny Collinge, tipped as one of the player's as the tournament by VAVEL, was forced off after his own keeper clattered him to the ground. Easah Suliman replaced him in defence.

The half time substitution from Peacock looked a great one as Willock got another shot away, forcing Kellerhan onto the floor to save.

Kelleher did magnificently to claim a cross from Holland as Ugbo came charging in towards the floated ball. The pair ended up in a tangle on the floor but the Ireland keeper kept the ball in his hands in an excellent display of goalkeeping. 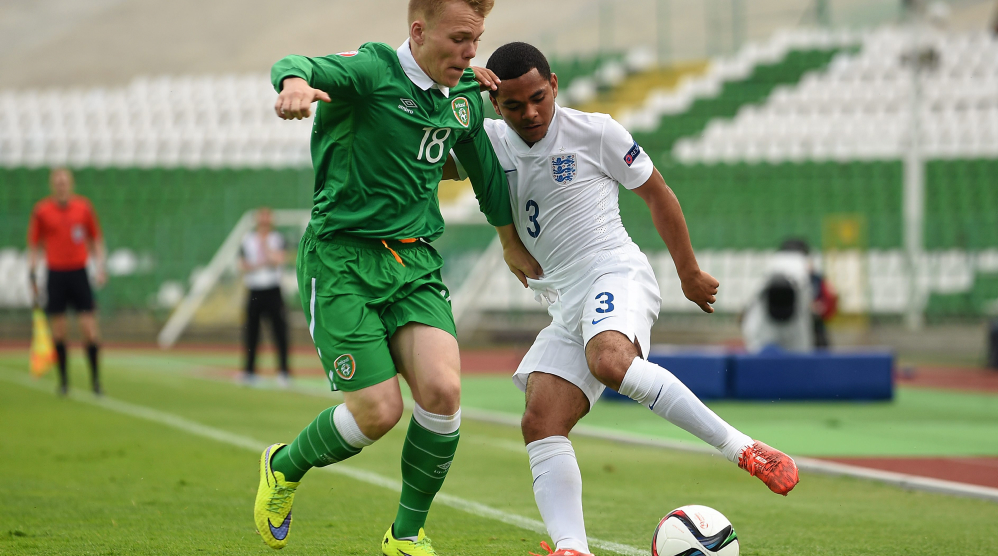 They often say in close games between two teams well known to each other that it will take a piece of magic to win the game. Marcus Edwards provided it.

Looking to move the ball onto his left foot he realised the space was too little, turned onto his right bringing defender and ball with him, and wrapped his right foot around the ball to strike it past Kelleher.

With just 8 minutes left, Peacock brought off Ugbo for Mavididi. 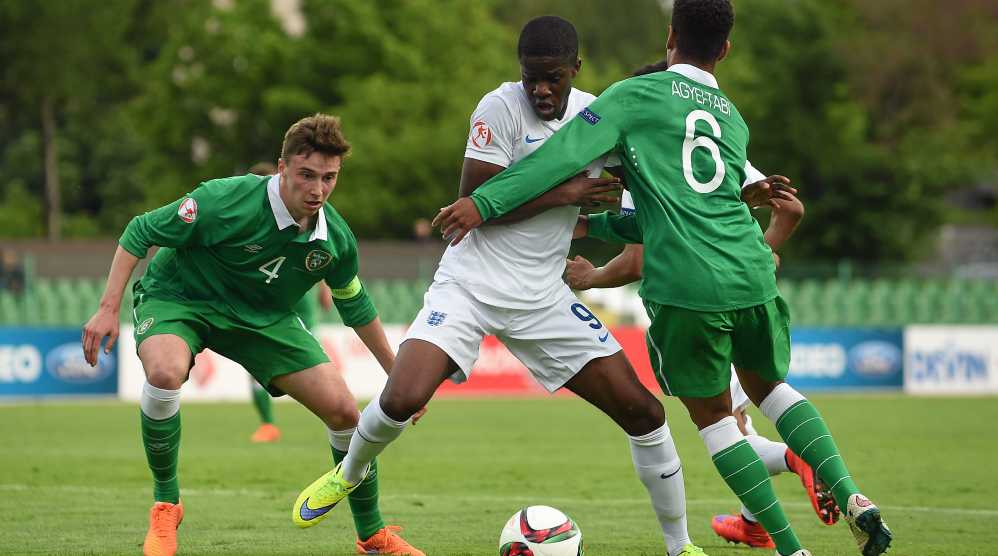 England looked unlike champions, as they have done all throughout the group stages, but ended up winners and still have a chance of retaining their title as such, champions.

Eintracht Frankfurt vs Werder Bremen Preview: How to watch, kick off time, team news, predicted lineups, and ones to watch 2 hours ago

Mainz vs Borussia Monchengladbach Preview: How to watch, kick-off time, team news, predicted lineups and ones to watch. 7 days ago
Restore your password
Please enter your user name or email.
Login Member or Writer Panel
Enjoy your own Customized Newspaperwith VAVEL topics' carousels!