Despite running out 3-1 winners against a tough Australia side in their first match at Canada 2015, USA must improve if they are to fulfill their dreams and go all the way in this competition.

The United States came to this tournament with just one goal - to win. Anything less for the Americans will be classed as a failure.

However they didn't get off to a convincing start. A nervous performance against Australia saw them just about come out on top after a better second-half performance. But in truth they were lucky to win.

Boss Jill Ellis handed five players their Women’s World Cup debut on Saturday, and she admitted that decision likely played a factor in the Americans’ sometimes-shaky performance, particularly in the first half against Australia.

“We had some newer players on the field in a big, big moment,” Ellis explained in her post-match press conference. “I didn’t think we really played with a rhythm or a sense of calmness.

“We looked a bit nervous. The important thing is that we grow and that second half is something we can build upon.”

Christen Press, who scored the crucial second goal for the Americans reflected on what could have been a better performance. “It was a slow start for us.

“Overall we want to be sharper. We want to be a harder team, more dangerous." Press told FIFA.com

USA meet Sweden in their second and potentially most important game of Group D, with their opponents ranked fifth in the world and are also expected to go far in the tournament.

Sweden were held to a thrilling 3-3 draw by Nigeria on Monday despite leading with just five minutes to play.

Sweden coach Pia Sundhage, led the USA to gold medals in the 2008 and 2012 Olympics has no fear going into the game with the higher-ranked two-time World champions.

This view is echoed by midfielder Emma Berglund: "They have good players; they have a good team. You have respect for them, of course it is good to mentally see them as humans."

"But we no longer have the fear factor." said Berglund. 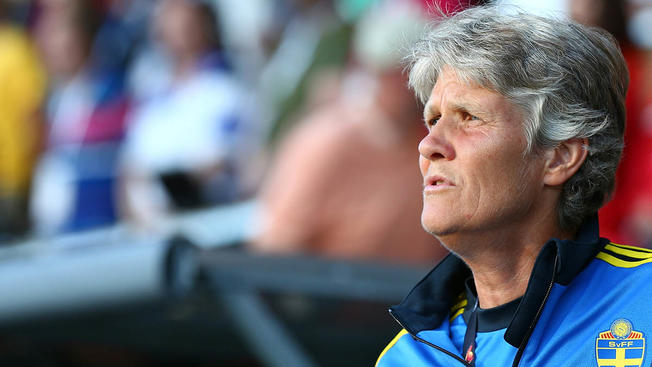 Beating Australia was a massive result for the Americans, but with two games remaining in Group D, the top spot is not guaranteed.

Four years ago, Sweden beat the US in the group stages which meant USA faced a tough path to the final, including overcoming Brazil in the semi-final.

A second-place position in the group likely would mean meeting Brazil once again.

USA will be the favorites on Friday, but Sweden will be highly confident especially after beating their opponents 1-0 in last year's Algarve Cup.

Union Saint-Gilloise: A club owned by a poker player defying the odds 5 days ago