Bayer Leverkusen failed to progress to the last 16 of the Champions League after being held to a 1-1 draw by Barcelona on Wednesday.

The Spanish outfit had already qualified as group winners prior to kick-off, whilst Leverkusen knew they would be through if they bettered AS Roma's result against BATE Borisov in the other game in Group E - which was a goalless draw in the end.

Despite the hosts being the better team from the off, they got off to a poor start as Lionel Messi, one of few stars on show in a much-changed Barca team, put the visitors ahead after 20 minutes.

The response from the Bundesliga outfit was superb, Javier Hernandez levelling the scores only three minutes later as his team grabbed a deserved equaliser, but they could not add another goal despite all their second half pressure, crashing out in the group stages and dropping into the Europa League instead.

Already through as winners, there was a whole host of changes to Luis Enrique's Barcelona team for this fixture, which will have been a huge boost for Leverkusen pre-match as they pursued a win to qualify in second.

The high-pressing of the German side was causing the young and inexperienced, albeit very talented, Barca team problems too, with Hakan Calhanoglu firing just wide from distance as the hosts got off to a lively start.

It was the Turkish international who forced Marc-André ter Stegen into his first save of the day just after the 10 minute mark as well, bending a free-kick goalwards from a difficult angle but seeing the former Borussia Mönchengladbach stopper parry it away from danger.

Nonetheless, despite all the changes to the Spanish team, Messi was still present in the XI and it was that man who broke the deadlock, against the run of play one might add. Ivan Rakitić's super through ball put the Argentine in on goal where he did the rest, rounding Bernd Leno and tapping into an empty net. 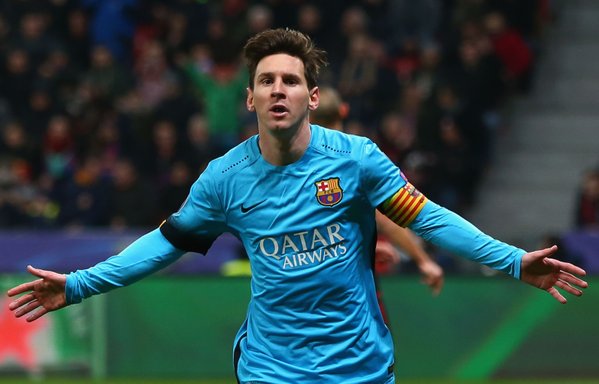 However, it took Leverkusen just three minutes to respond, ex-Real Madrid man Hernandez leveling the scores against a former rival with a clinical finish inside the area after Calhanoglu fluffed his shot.

Messi really should have made it three goals in six minutes in the game when Barcelona burst forward on the counter shortly after and the captain was found in the area, unmarked, but he uncharacteristically missed the target.

First half ends as a tight contest

After the game had calmed down, things were much more even, with Barca getting on the ball more and possession becoming a little more equal than it had first been. The young Spaniards were exuding more confidence as the game progressed, but Leverkusen continued to press high and cause problems.

Chances dried up though, Calhanoglu firing at ter Stegen from range before Rakitić bent an effort wide of the mark at the other end moments later, again from a fair way out.

Just four minutes after the interval though, Leverkusen should have taken the lead when Kevin Kampl's mazy run eventually resulted in Hernandez lifting the ball to Calhanoglu at the far post whose shot was curled just wide.

This spurred on the hosts too, Karim Bellarabi's drive forward, started by Hernandez's lovely cushioned header, getting him in the box to shoot, but the German's shot bounced off his Mexican teammate and into the hands of ter Stegen.

A golden chance would fall to Bellarabi moments later too, Hernandez again involved as he slipped in his German teammate, but the attacker hit the ball straight at the 'keeper, failing to take a glorious opportunity to put his team ahead.

Kampl was the next to test the opposing German 'keeper, his driven effort tipped over the bar, whilst ter Stegen made a very good save to hold Bellarabi's deflected shot as we entered the final 15 minutes.

With BATE still holding Roma in the other game in Group E at this point, Leverkusen were desperate to grab a late winner as we passed the 80th minute in order to progress to the last 16.

Substitute Stefan Kießling had a good chance to do so as well, the ball chipped in to him to volley, but his effort was wide whilst he could have let the ball run to Bellarabi at the back post instead too, who seemed to be in a better position in hindsight.

The moment looked to have arrived in the 89th minute when Kießling put a good cross into the box, but ter Stegen pulled off a superb reflex save with a strong left glove to deny Hernandez from point blank range, to the disbelief of the Mexican.

Poor decision making then plagued Leverkusen in stoppage time, with Bellarabi particularly guilty as he went for goal instead of passing to Hernandez just moments before he dwelled on the ball too long out wide and saw his cross intercepted and cleared.

This proved costly in the end too as the final chance of the game saw Jonathan Tah stray forward from central defence and lash a volley wide, this lack of end product summing up the German side's second half as they crashed out of the Champions League.

FC Koln 1-1 Werder Bremen: Honors even at the RheinEnergieStadion 13 hours ago

FC Koln vs Werder Bremen preview: How to watch, kick off time, team news, predicted lineups, and ones to watch 2 days ago

Borussia Monchengladbach vs Bayer Leverkusen preview: How to watch, kick-off time, team news, predicted lineups, and ones to watch 3 days ago

Bundesliga Matchday 24: Three things to look out for 3 days ago

Jahn Regensburg vs Werder Bremen: How to watch, kick off time, team news, predicted lineups, and ones to watch 7 days ago

RB Leipzig vs Borussia Monchengladbach match preview: How to watch, kick-off time, team news, predicted lineups and ones to watch 10 days ago

Bundesliga Matchday 23: Three things to look out for&nbsp; 10 days ago
//