England have been drawn in Group B for the 2016 European Championships, alongside local rivals Wales, Slovakia and Russia.

The Three Lions are positive ahead of Europe’s prestigious international competition. Their chances of unlikely victory have been given a slight boost after being drawn in a group with Russia, Slovakia and Wales.

Roy Hodgson's side have played Wales, neighbours in Britain, on more than 100 occasions, winning the majority of games. Yet Wales have world-class Real Madrid star Gareth Bale as their main man, as well as strong Premier League players Aaron Ramsey and Ashley Williams.

England have played Slovakia, drawn from Pot 3, just three times, winning every time. The last tie was in March 2009, where Wayne Rooney scored twice in a 4-0 friendly victory. 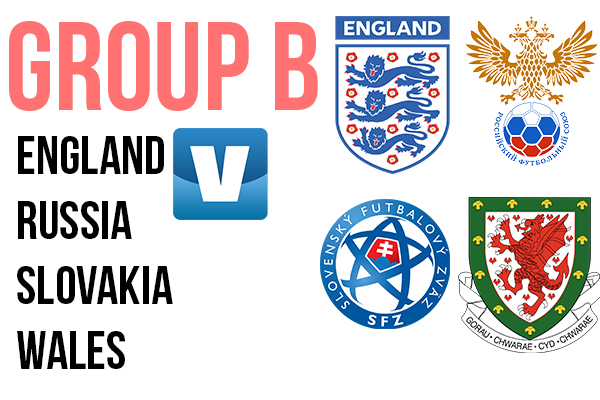 The 2016 tournament in France represents the 50th anniversary of England’s one and only international tournament victory, their home World Cup in 1966.

A repeat is unlikely in France, with Germany, the hosts, Belgium and Spain looking the main contenders.

Spain won the competition in both 2008 and 2012, the first side to do so ever lift the Henri Delaunay Trophy in consecutive tournaments.

England have a limited chance in the tournament but as with all international tournaments, anything can happen. Then-World and European Champions Spain went out at the group stages of the 2014 World Cup in Brazil.

England did so too in South America, but have progressed well since that disappointing summer. Manager Roy Hodgson has tested with numerous young players, as well as experienced professionals who had yet to be given a chance. Players like Delle Alli, Eric Dier, Jesse Lingard, Jamie Vardy, Charlie Austin and Fabian Delph have all been handed multiple chances. There is a clear way into the England set up for fringe players, as well as youngsters, under Hodgson and it has set the Three Lions up for the Euros well. 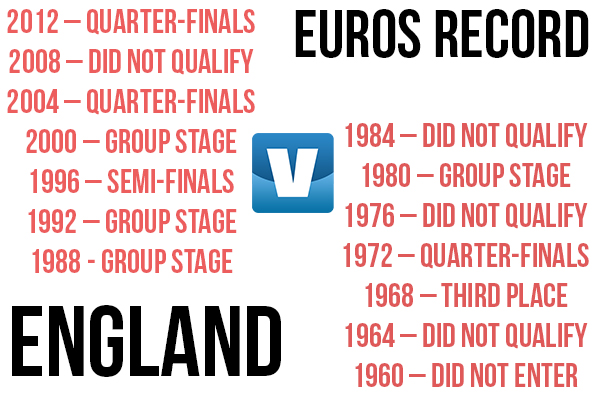 Captain Wayne Rooney led a superb qualifying campaign in which England went undefeated. Hodgson’s side have been beaten just once, by Spain in a friendly, since their embarrassing 2014 World Cup performance. Rooney scored 7 times in the qualifying campaign while Danny Welbeck scored 6 as England won every single qualification match, picking up 30 points from 10 games.

England hosted the Euros in 1996 and, arguably, came closest to lifting an international trophy for the first time since 1966. Gareth Southgate famously missed a penalty against Germany in the semi-final after a 1-1 draw of 120 minutes.

The Three Lions have two friendlies before the tournament, against World Champions Germany in Berlin as well as a home tie against the Netherlands, who failed to qualify for the Euros. Both games are in March, while the Euros itself are in June and July.

RB Leipzig vs Borussia Monchengladbach match preview: How to watch, kick-off time, team news, predicted lineups and ones to watch 2 days ago

Bundesliga Matchday 23: Three things to look out for&nbsp; 3 days ago

Werder Bremen vs Eintracht Frankfurt: How to watch, kick off time, team news, predicted lineups, and ones to watch 3 days ago

Arsenal v SL Benfica: How to watch, Kick- off time, team news, predicted line-up and ones to watch.&nbsp; 3 days ago

What can Manchester City expect from Borussia Monchengladbach? 5 days ago

Who will replace Marco Rose at Borussia Monchengladbach? 6 days ago