Fiorentina have secured the signing of 20-year-old Argentinian attacking-midfielder Hernan Toledo from Velez Sarsfield on a two year loan-deal, with the option to buy for seven million euros at the end of it.

Toledo is one of the bright talents that came through Velez Sarsfield’s youth academy, and he leaves the club on loan after a total of just 19 appearances for the Argentine giants, scoring one goal and having four assists to his name.

The attacking player has said the player he most looks up to is Paris Saint-Germain winger, and fellow countryman, Angel Di Maria.

Toledo was a regular starter for Velez Sarsfield after making his debut in a 0-1 defeat to Estudiantes de la Plata, where soon after, his pace and vision quickly caught the eye of Fiorentina. 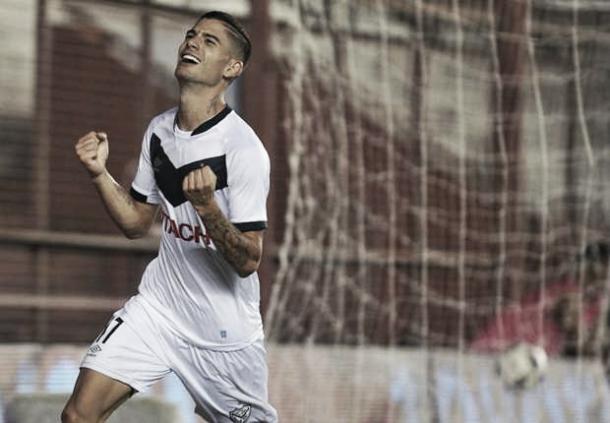 Toledo is set to officially sign his contract with La Viola after his medical however; Toledo has spoken to Firenzeviola.it and said he's “very happy to be here [Fiorentina]”.  Toledo chose Florence because according to him it is “a nice place and Fiorentina are a great club” and more so, he is “here to help the team”.

Speaking to the official Fiorentina website, President Della Valle stated that this signing of the Argentine sensation is “a great deal” for Fiorentina.

The Argentine connection continues with Fiorentina as Toledo was born in the same city, Santa Fe, also the home of Fiorentina legend Gabriel Batistuta who scored 168 goals for the viola.

Fiorentina have had a progressive transfer window thus far. After the signing of Toledo, they also have added to their dressing room Davide Astori and Iagi Hagis. However, the uncertanties regarding forward Giuseppe Rossi and German striker Mario Gomez are still in the balance.

Serie A weekend round-up: Juve make up ground on the leaders 2 years ago

Serie A weekend preview: Inter Milan to close the gap? 2 years ago

Are Silvio Berlusconi's A.C. Monza heading for Serie A? 2 years ago