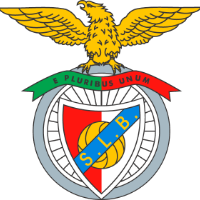 Stay tuned for some more football here on VAVEL - See you soon!

I've been Boris Gradecak, and I hope you enjoyed following this Champions League match live here with us at VAVEL!

There is a lot of work coming for Thomas Tuchel and his boys, though it is not impossible to turn this score into their favor.

FT: The second leg will be played at the Signal Iduna Park in Dortmund on March 8.

FT: Aubameyang could have equalised with a penalty, though the African Striker missed this huge chance. Dortmund kept their pressure high, though Benfica defended tremendously well and closed all gaps.

FT: Benfica found the back of the net in the second half as Mitroglu's strike was enough to give the hosts the first victory of this first leg.

90+2: Corner-kick for Dortmund. Castro brings in the cross, Referee Rizzoli gives a free-kick for Ederson as Sokratis clashed into the keeper.

90: Bartra fould Raúl and gets the fourth booking this evening.

88: ... Pulisic again takes a volley which just missed the target.

85: Pulisic also gets booked for a foul.

83: Pulisic!!! His volley was deflected by Raúl, which was saved superbly by keeper Ederson!

82: Substitution for BVB; Pulisic and Castro are coming in for Guerreiro and Reus.

77: Dortmund tries to find a gap in Benfica's defense. The Portuguese are doing an outstanding job here, which makes it hard for the visitors to get to the final third.

74: Another sub for Benfica: Raúl comes in for Mitroglu.

73: Schmelzer becomes the second member of the Referee's booking list.

69: Corner for Dortmund. Dembélé's cross finds Piszczek, though his header goes above the crossbar.

66: Guerreiro makes a run on the left side, his cross finds Reus, but his effort misses the target.

63: Fejsa gets the first booking in this match.

60: It just seems like its one of those days for Aubameyang ... BVB coach Tuchel takes the African off, Schürrle comes in.

60: This was the third huge chance for Dortmund. Can they start a comeback?

58: Aubameyang's Penalty was saved by Ederson, his effort was too obvious as Ederson did not even move from the line.

56: Piszczek now with a long distance effort. Ederson's save ended up in a corner for Dortmund, which did not results in a dangerous opportunity.

53: Aubameyang!!! Another big chance went begging as the African hits the ball over the bar from eleven metres!

49: Pizzi's corner finds Luisao, who extended the ball towards Mitroglu. The Greek just had to tap it in and gave Benfica the lead!

48: Salvio runs along the right wing, his cross was blocked which related in a corner.

46: And we start off with a corner for Benfica. Pizzi's cross was was cleared by Sokratis.

46: The second half is underway!

HT: Benfica started off dynamically which troubled the visitors' defense in the opening ten minutes. Dortmund eventually took part in the game and Aubameyang had the biggest opportunity to give the Germans the lead. We're seeing a very tactical game here with both sides waiting patiently for mistakes from the others. Benfica were lucky especially in the 39th minute as Dembélé has clearly been brought down in the area by Ederson which should have been a penalty for the visitors. Who will strike first? Stay tuned for the second half here with us!

45+3: Salvio crosses into the visitors box, the deflected ball landed in Bürki's hands.

45+1: Corner-kick for Dortmund. Ederson caught it without any trouble.

39: Ederson clearly brings down Dembélé at the edge of the penalty area. Referee Rizzoli waves it off. No Penalty!

37: Guerreiro dribbles through the box who looks for Aubameyang, but the African was a foot-step too far for a tap-in!

33: Bartra now tried to pass a long ball to Weigl; Though the flag went up. Close one!

30: The match slowed down, Dortmund took over the control and keeps calm. Benfica are rotating superbly, trying to close any possible gaps.

25: Ederson could fist the corner out of the box, Schmelzer's effort missed the target, though.

24: Meanwhile Benfica Keeper Ederson needs a treatment due to a cut on his lip.

22: Now it's the visitors turn! Reus wins back the ball in the final third, serves Schmelzer along the left wing, who finds Dembélé in the box, who's effort has been blocked; Corner-kick!

20: Side note: The Stadium staff eventually managed to fix the technical issue! The Dortmund fans make themselves notable!

18: The hosts are enjoying more of the possession in the opening 15 minutes. Dortmund are still waiting for some more counter attacks.

10: What a chance for Aubameyang! Dembélé stole the ball from Pizzi and serves Aubameyang, who stands alone in front of Keeper Ederson; His effort goes surprisingly over the bar. This should've been the 1-0 for the visitors!

8: There are still many Dortmund fans outside the stadium as there seems to be a technical issue with the entry gates.

5: Salvio again! The quick Argentinian makes his way along the right wing and left Sokratis behind him, his effort goes wide, though!

4: The home team keeps the pressure up. Brilliant attack via Carillo, who served Rafa, who's attempt resulted in a corner.

2: Benfica is very awake in the first minutes! Pizzi sends Salvio along the right flank, who looked for Mitroglu in the box, but Sokratis could defend without problems.

Great scenes at the Estadio da Luz; An amazing choreography is being displayed as the Champions league anthem is running.

We are ready! The teams are about to walk out of the tunnel ...

On the Dortmund side, Schmelzer and Piszczek are back, Bartra and Dembélé also returned to the starting XI.

Benfica coach Rui Vitoria changed in two positions after their 3-0 victory over Arouca. Salvio and Rafa Silva fill the gaps of Zivkovic and Jonas.

Borussia Dortmund's form has been better before. Recently, BVB lost 2-1 away to bottom of the League SV Darmstadt 98 in the Bundesliga. "We simply failed", said Tuchel. Will they show a better face today? Games versus portuguese teams were not too bad in the last 12 months: A 2-0 and 1-0 victory over FC Porto in the Europa League in the round of 16 and two victories over Sporting Lisbon (2-1, 1-0) during the Champions League Group Stages. Can they collect another three points in Lisbon today?

This match will be held in the Estádio da Luz, which has a seating capacity of 66.100. Around 3.000 Dortmund Fans traveled the long way from Germany. We're looking forward to this great atmosphere ...

A bit more than an hour to go as we are waiting for the team news to be released. As per usual, we will keep you updated!

With that all in mind, join us again before kick-off for a rundown of the official team news and more build-up as we prepare for what should be an interesting last 16 tie.

Dortmund have concerns over before Lukasz Piszczek and Marcel Schmelzer but both should be fit in time to start the game. As for Mario Götze, Emre Mor, Sven Bender, Nuri Sahin and Sebastian Rode, however, they will still be resigned to watching from the sidelines as they continue to battle their way back from injury problems.

The hosts are without tricky winger, Andrija Zivkovic through suspension this evening. Alejandro Grimaldo and André Horta will play no part on Tuesday evening due to injury, although Eduardo Salvio looks like he will be able to put any doubts over his fitness behind him in time to earn a starting berth.

As for Dortmund, it's been a topsy-turvy season for the Westfalen outfit. Inconsistency has been rife in their league campaign, with points dropped on a regular basis overshadowing wins over RB Leipzig and co. They did manage to advance to the DFB-Pokal quarter-finals after beating Hertha BSC on penalties and can take heart that their best performances have come in the Champions League this term. Will they be able to replicate that tonight, though?

Benfica currently sit atop the Liga NOS tree with 51 points from their 21 games, although they are just a point clear of FC Porto in second. They've won three of their last five games, with a surprise defeat to Vitoria and draw with Boavista proving their only two slip-ups. The capital club finished second in Group B to reach this stage, and would have topped the group had they bested Napoli in a final game shoot-out.

Good evening and welcome to VAVEL UK’s live coverage of Borussia Dortmund’s last 16 first leg tie against SL Benfica. The German side head to Lisbon in indifferent form, yet their UEFA Champions League group stage exploits give hope that there is a chance of making a deep run in the competition. However, they face a talented and determined Benfica side who will certainly be no pushovers.

Koln vs Borussia Monchengladbach preview: How to watch, kick-off time, team news, predicted lineups and ones to watch 18 days ago

Werder Bremen vs Arminia Bielefeld Preview: How to watch, kick off time, team news, predicted lineups, and ones to watch 19 days ago

Bayern Munich vs Borussia Dortmund DFL-Supercup Preview: How to watch, kick off time, team news, predicted lineups, and ones to watch 22 days ago