Germany did what was expected of them as they strode to victory against San Marino on Saturday, picking up three more points on the road to World Cup qualification.

It goes without saying that San Marino are tactically jaded, but you can't blame them. After all, football has never been their sport and every player in that team was playing after a long week of working hard in the real world.

But, Germany were rampant in this game, and they shown no mercy towards the 'Titans'; scoring seven goals and increasing their goal tally to twenty six in the last six games.

Joachim Löw is an experienced manager, especially with the world champions, managing them for a total of eleven years.

He saw this game as the perfect chance to field youth. But, much to San Marino's annoyance, this team of youth was still home to many talented players, emphasising the depth in Löw's squad.

The team stuck to their task well, and managed to see off San Marino in destructive fashion.

Julian Draxler, who captained his country on the night, struck early to set the tempo for the rest of the match.

Sandro Wagner scored a hat-trick. Not a bad way to kick off your international goal tally, but it still won't be a performance people look back on in surprise, due to the level of the opposition. Nevertheless, it was still a great display from the Hoffenheim striker.

One of the more senior players, Shkodran Mustafi also managed to feature on the scoresheet, courtesy of a very controversial goal.

Ajax winger, Amin Younes also scored his first goal for his country on the night; benefitting from a goalkeeping error.

Julian Brandt, who has been in fine form for Bayer Leverkusen, made his impact by scoring a lovely cushioned header to the far corner.

Despite being just 23-years-old, Draxler was seen as one of the more senior players tonight. Therefore, he was given the captains armband and was asked to lead his country.

He didn't disappoint, getting on the score sheet first and setting the scene for the rest of the match, calming any nerves the Germany faithful may have had.

There was a clear theme of trust in this match, Löw was certainly trialling for the future, and captaincy may be an honour that he sees Draxler taking in the long run. 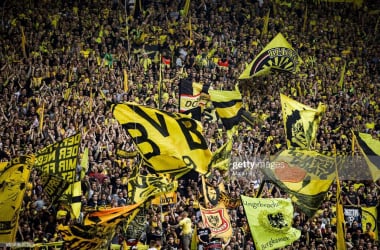 Fans criticism towards The Super League - explained 13 hours ago

Werder Bremen vs Mainz preview: How to watch, kick-off time, team news, predicted lineups, and ones to watch a day ago

Borussia Dortmund vs Werder Bremen preview: How to watch, kick-off time, team news, predicted lineups, and ones to watch 4 days ago

Borussia Mönchengladbach vs Eintracht Frankfurt preview: How to watch, kick-off time, team news, predicted lineups and ones to watch 5 days ago

Adi Hütter announced as next Borussia Mönchengladbach boss 8 days ago