The 2. Bundesliga is no mere little brother to the Bundesliga. There is a reason why it attracts such a devoted following from around the world, whether it be the passionate fans, the famous and familiar names of Bundesliga past, the young talents making their way in the German game or the unpredictable and competitive football played over 34 weeks of the season.

Ahead of the start of the 2017-18 in Germany’s second tier this weekend, we take a look at the few of the things to anticipate from the forthcoming campaign.

1 – Ingolstadt likely to live up to favourites tag

What comes down doesn’t always go straight back up in the 2. Bundesliga – just ask 1. FC Kaiserslautern or 1. FC Nürnberg. VfB Stuttgart and Hannover 96 may have done so last year following Bundesliga relegation the season before, however only Hertha BSC (twice), Eintracht Frankfurt and SC Freiburg have done likewise this decade, with eleven others failing to do so, at least at the first attempt.

FC Ingolstadt 04 and SV Darmstadt 98 will be looking to join this exclusive club this year. A strong summer of recruitment should see Darmstadt be competitive, despite just seven wins last year, however Ingolstadt are most people’s favourites to win the title in May.

Whilst they've lost a few, like Brighton & Hove Albion-bound pair Markus Suttner and Pascal Groß, others such as Marvin Matip, Sonny Kittel, Almog Cohen and Romain Bregerie have committed their futures to the club. They’ve also strengthened with Stefan Kutschke, Marcel Gaus and Tobias Schröck arriving, whilst Thomas Pledl, after impressing on loan at 1. FC Heidenheim last year, is set to play a key role too.

All that means they have the strongest squad in the league, on paper, and are well placed to lead the way. Their pre-season results, including a 2-0 win over Claudio Ranieri’s FC Nantes, help to underlie that further. The 2. Bundesliga is notoriously difficult to predict, but die Schanzer are without a doubt the team that stand out before a ball has been kicked.

2 – A promotion race impossible to predict

Ingolstadt may well be the ones standing upon the top of tree after 34 matches, but who will join them really is anyone’s guess. There are no shortage of possible candidates, but until the ball starts rolling any of them could rise to the top. FC St. Pauli coach Olaf Janßen may have been exaggerating when he said 15 teams will be competing for the top three spots, but he may not have been far off.

So who’s in contention? Eintracht Braunschweig and 1. FC Union Berlin are much-fancied after pushing Stuttgart and Hannover all the way last year – whilst Union and Jens Keller have been quietly going about their business yet again, Braunschweig could find things more difficult.

SpVgg Greuther Fürth caught many an eye with their transfer business earlier in the summer, especially after they snatched Nik Omladic from Braunschweig with Bundesliga clubs supposedly lurking, and they were one of the form teams once János Radoki took over during the course of the last campaign. Some are tipping their fierce rivals Nürnberg to be a threat once more now that Michael Köllner has had time to stamp his authority on the side, with some impressive pre-season results as well.

St. Pauli had an awful start to last season, but only the promoted sides had a better record than them after Christmas, and a front pair of Aziz Bohuaddouz and new arrival Sami Allaugi could prove a really handful as they look to continue that form this season. VfL Bochum, now managed by the highly-rated Ismail Atalan, could also be dangerous in attack following the signings of Lukas Hinterseer, Dimitrios Diamantakos and Robbie Kruse.

And besides all those there are also Heidenheim and SV Sandhausen, who consistently punch above their weight, whilst Fortuna Düsseldorf could be dark horses as well if they push on as is hoped this year and Darmstadt must not be underestimated under Torsten Frings either. With all those teams potentially in contention, looking to break from the heavily congested mid-table peloton, it could be a fascinating tussle to see who goes up.

3 – Braunschweig to suffer from ‘Relegation’ hangover

Since the ‘Relegation’ play-off between the Bundesliga’s sixteenth-placed team and the 2. Bundesliga’s third-placed side was reintroduced in 2009, seven of the nine 2. Bundesliga teams have lost. Of those, only FC Augsburg went on to be promoted the following year, and the rest have never since made it up at all.

Not only that, there is often talk of a hangover effect from the despair of missing out that carries on into the next season. Nürnberg last year were a prime example. After losing the play-off to Eintracht Frankfurt, they picked up just two points in their first six games and found themselves rock bottom of the league, until Guido Burgstaller’s goals got their season going (at least until he left for Schalke 04 in January).

That’s the formidable challenge facing Torsten Lieberknecht and his Braunschweig team this year, after they missed out against VfL Wolfsburg in May. Nonetheless, the 43-year-old head coach still believes that the Lions “are certainly amongst the favourites” to go up. He hopes they can raise the bar this season, and feels that “our motivation is very high.”

Their transfer business has been low-key. Omladic, Phil Ofosu-Ayeh, and Marcel Correia are gone, whilst Steve Breitkreuz and Louis Samson arrive from Erzgebirge Aue, and they have signed youngsters Steffen Nkansah and Robin Becker. Whether that's enough to refresh are side that was starting to run on empty at the end of last season, especially in attack, remains to be seen. The result is they may not have the fresh impetus needed to break the ‘curse’.

It has not been a straightforward summer for newly-promoted SSV Jahn Regensburg following their play-off win over 1860 Munich. They have lost two of their key attacking players, with Erik Thommy returning to parent club Augsburg and Kolja Pusch snapped up by Heidenheim. Most crucially of all, the architect of their back-to-back promotions Heiko Herrlich has moved on to Bayer Leverkusen.

New coach Achim Beierlorzer comes with credentials earned with various youth teams at RB Leipzig, and he is nevertheless speaking positively ahead of their opening game with Arminia Bielefeld. But a summer of upheaval is certainly not the best way to prepare for a challenge in a new league.

The same can be said of Aue too. A talented team was underperforming and set for relegation under Pavel Dotchev last season, but replacing him with Domenico Tedesco in March proved a masterstroke as he turned around their fortunes with a fresh formation and fresh impetus. Thomas Letsch has, in parallels with Beierlorzer, plenty of experience from his time with Red Bull Salzburg, but Tedesco’s all-too-brief reign before being poached by Schalke leaves a hard act to follow, whilst the 48-year-old needs to find a new formula in defence without Breitkreuz and Samson.

But as is always the case in the league, any under par team can easily get dragged into the relegation scrap, with virtually half the teams fearing for their future in the latter stages of last season. Bielefeld and Kaiserslautern could be in trouble if their inconsistencies continue, whilst the other new sides MSV Duisburg and Holstein Kiel know that even a strong start to the campaign would not be enough if they collapse like Würzburger Kickers did last year.

You never know what to expect from a 2. Bundesliga match. One day it could be a drab goalless draw, or a game settled by late, scrappy winner. The next it could be a nine-goal thriller, like the incredible game between Freiburg and Nürnberg in 2015, or the 5-4 win for VfL Bochum against Nürnberg last season.

Then there’s results that no-one sees coming. Arminia Bielefeld’s 6-0 hammering of Braunschweig at the end of last season beggared all belief – had results gone differently that day, Braunschweig would’ve won promotion and Bielefeld would’ve been relegated.

Even last year’s eventual champions Stuttgart didn’t get it all their own ways. There were times when they raced out of the traps in games, but then there was also the 5-0 defeat at Dynamo Dresden and the 3-0 loss at Würzburg, the latter made more remarkable as Würzburg would not win another match all season.

Würzburg in fact are a perfect example of the effect the long winter break can do to a team's form – sides that are on fire in the first half of the season can fall flat and end up struggling after Christmas. The opposite is also true, such as with St. Pauli last year. Even the final standings can always through up a surprise sometimes – no-one would have predicted Darmstadt’s immediate promotion to the Bundesliga in their first season back at the second tier in 2014-15, for example.

It doesn’t matter how small a club is, they could go up, and any big names who don’t deliver could end up paying the ultimate price – it’s a league where Heidenheim could win the title and Kaiserslautern could go down, or just as easily the other way round. It’s that unpredictability that makes follow it a hugely-rewarding experience. 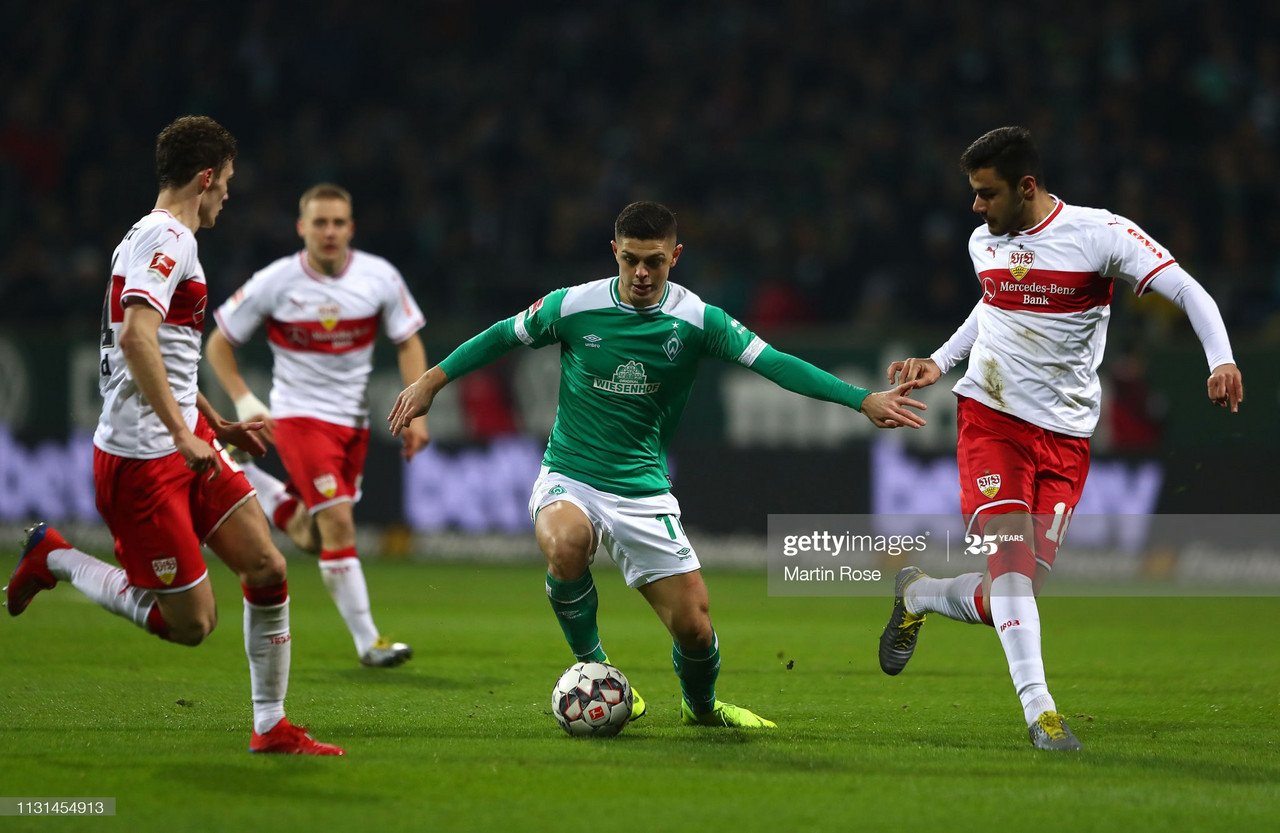 Werder Bremen vs Stuttgart Preview: How to watch, kick off time, team news, predicted lineups, and ones to watch 6 hours ago 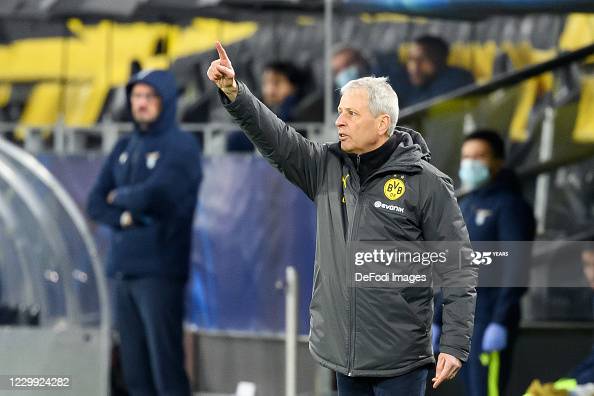 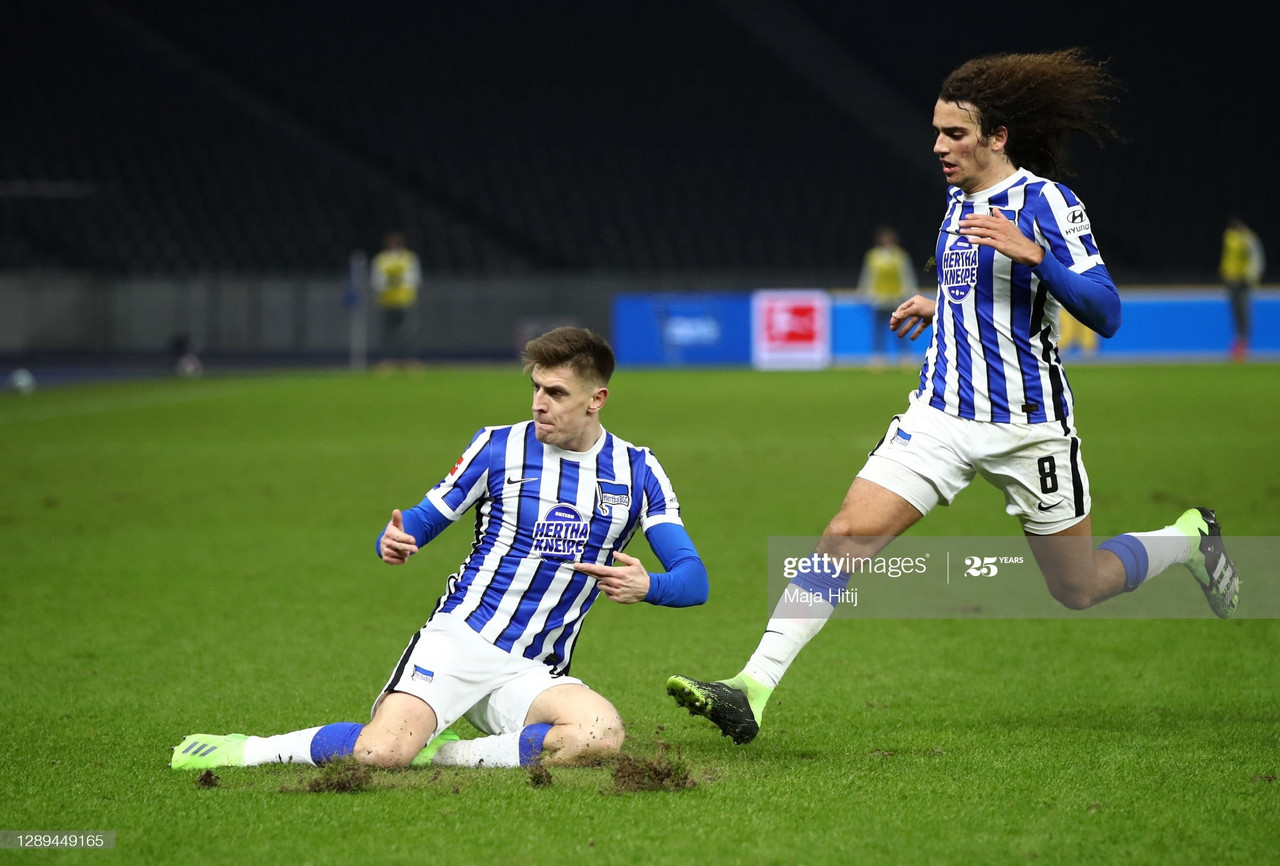 Hertha Berlin 3-1 Union Berlin: Hertha come from behind in the derby 14 hours ago 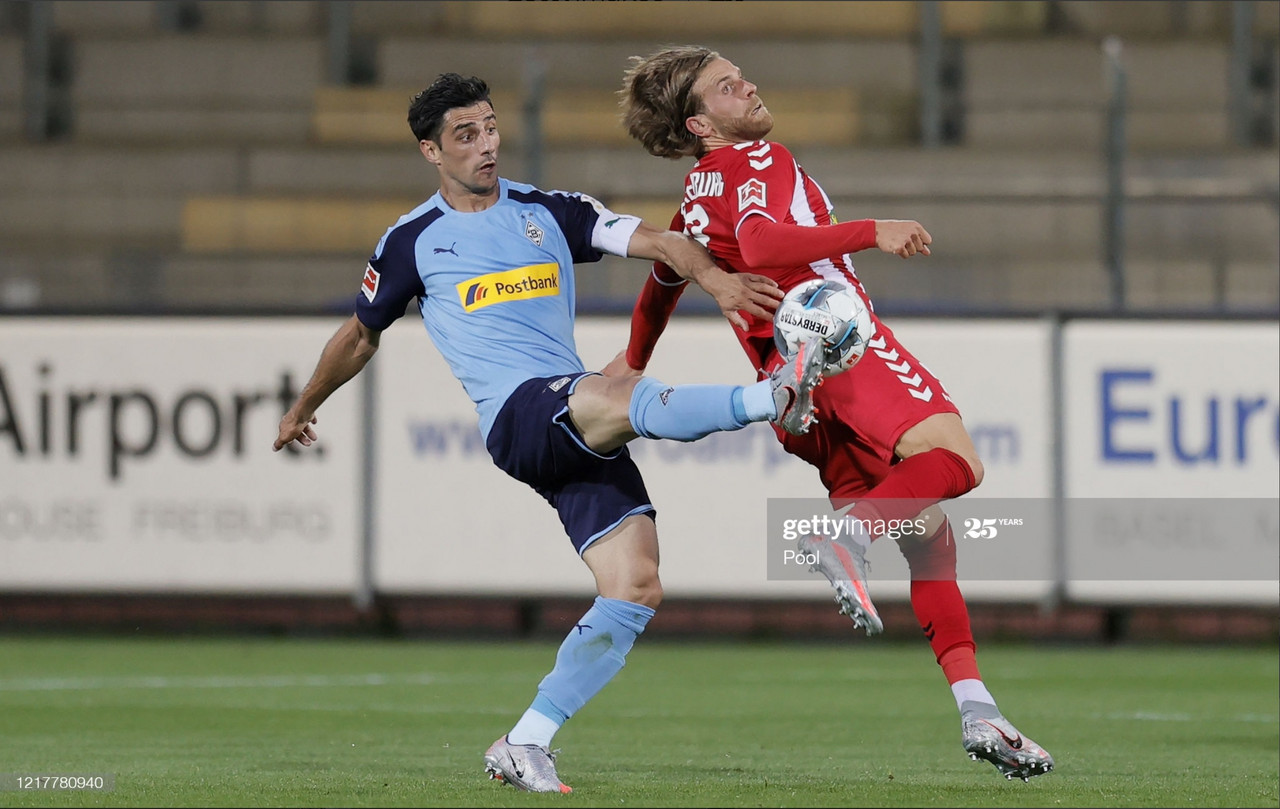 SC Freiburg vs Borussia Monchengladbach preview: How to watch, kick-off time, team news, predicted lineups and ones to watch 13 hours ago

Borussia Monchengladbach vs Schalke preview: How to watch, kick-off time, team news, predicted lineups and ones to watch 8 days ago

Wolfsburg vs Werder Bremen Preview: How to watch, kick off time, team news, predicted lineups, and ones to watch 9 days ago

The curious case of Werder Bremen 10 days ago

Bayern Munich 1-1 Werder Bremen: The reigning champions have to settle for a point 14 days ago