Luka Jović scored five goals as Eintracht Frankfurt annihilated Fortuna Düsseldorf. The 20-year-old became the youngest player to achieve the feat in the Bundesliga, whilst Sébastien Haller also scored twice for the Eagles in the 7-1 win.

Frankfurt started confidently and proved to be very dangerous on the counter in the early stages, with chances going wide from Filip Kostić and Jović. After the latter of those, to the bemusement of everybody, Deniz Aytekin went over to the video screen after a word in his ear from VAR, and he pointed to the spot for an earlier handball from Bodzek on a cross from Lucas Torró. Haller stepped up, and despite Michael Rensing getting a hand to the ball, the penalty went in.

Debatable as it was, the penalty and the goal ignited the Frankfurt attack. Jović gave them a second with a stunning volley after a cross from Kostić. Mijat Gaćinović was involved in the build-up to that as well, and he helped to make the third. He found Haller, who couldn’t do anything with the ball in the box, but he had the vision to see Jović in space, with the Serbian striking in his second and Frankfurt’s third.

Torró had two chances to make it 4-0 before the break, having a firm shot from distance tipped onto the bar by Rensing before heading a corner wide. Gaćinović tried his luck from even further out, without hitting the target, before Rensing kept out a Haller header from a corner and Evan N’Dicka put the rebound into the bar. Marvin Ducksch at least brought Kevin Trapp into action at the other end, but Düsseldorf were being thoroughly outplayed.

Düsseldorf started the second half brightly but soon found themselves 4-0 down. Makoto Hasebe took a goal-kick for a struggling Trapp – he would go on to be taken off – with the ball winding up with Gaćinović. A big deflection then saw it land at Haller’s feet, and he scored.

Route one football from the visitors then gave them a brief glimmer of hope. Rensing’s goal-kick was headed on by Ducksch to half-time substitute Dodi Lukebakio, and he found the space he needed to put away a shot and beat Trapp. Moments later though, the Eagles had a fifth, with Kostić setting up Jović for his hat-trick, completed with a clever strike on the turn.

He wasn’t done there. After a throw-in wasn’t cleared, he was able to score a fourth, going in off the post, and three minutes later he had a fifth, heading in a cross from Haller, who himself nearly had a hat-trick soon after, denied by a Matthias Zimmermann block. Frankfurt would settle for seven, with Jović taken off to a standing ovation a few minutes from time, his place in the history books and Frankfurt folklore firmly sealed.

Frankfurt were without Croatian forward Rebić for this match following his sending off in the 2-1 win over TSG 1899 Hoffenheim before the international break. Whilst he is undoubtedly their key player, you wouldn’t have known it from the performance of his side without him. His replacement in Haller more than justified his place, making his presence felt all over the pitch, whilst Jović was simply in stunning form. Adi Hütter will wonder how on earth he can get his star man – or, his old star man – back into the team.

Of the two promoted sides, 1. FC Nürnberg had been taking the beatings before this evening, but Düsseldorf have struggled to get to grips with the Bundesliga, with the damage their goal difference took in this defeat seeing them drop below VfB Stuttgart into last place. They have conducted themselves well in the top flight, even in Frankfurt, but their limitations were laid to bare here.

Rensing helped to keep it respectable in the first half but as the goals racked up he looked utterly helpless, whilst the defenders in front of him struggled to repel their dynamic Frankfurt attack. Up front, Benito Raman and Ducksch were impressive performers in the 2. Bundesliga last season, but they too appear to be falling far short of the necessary quality their side will need to survive.

On any other evening, the decision to award the penalty for the first goal would have been one of the major talking points, yet whilst the decision on the Bodzek handball seemed inconsequential, the game could have turned out very differently without it. It was a strange one, and even Frankfurt’s players didn’t seem to pick up on it at the time, with playing going down the other end and back before a reasonable opportunity for VAR to intervene.

There was no doubt that Bodzek’s arm was out, and perhaps he hand did move towards the ball, but he had little time to react to the ball before it made contact, and it was a very harsh call to rule it deliberate. In the heat of the moment, referees in Germany are still guilty of making some questionable decisions when presented with video evidence.

Jović, with his five goals, was clearly the man of the match, yet every one of Frankfurt’s attacking players were on the top of the games, with Haller especially worthy of a mention, with his work-rate all over the pitch pivotal in this display.

Werder Bremen 0-0 FC Heidenheim: Everything left to play for in the Bundesliga relegation playoff after a dreadful 1st leg2 days ago

As it happened: Werder Bremen 0-0 Heidenheim in 2020 Bundesliga Playoff2 days ago

Werder Bremen vs FC Heidenheim Preview: First leg of the relegation playoff kicks off at the Wohninvest Weserstadion3 days ago

Werder Bremen 6-1 FC Koln: Bremen book their spot in the relegation playoff after an emphatic victory7 days ago

Hamburger SV 1-5 Sandhausen: HSV compound a miserable end to the 2019/20 season with a heavy home defeat.  6 days ago

Who are FC Heidenheim? 6 days ago 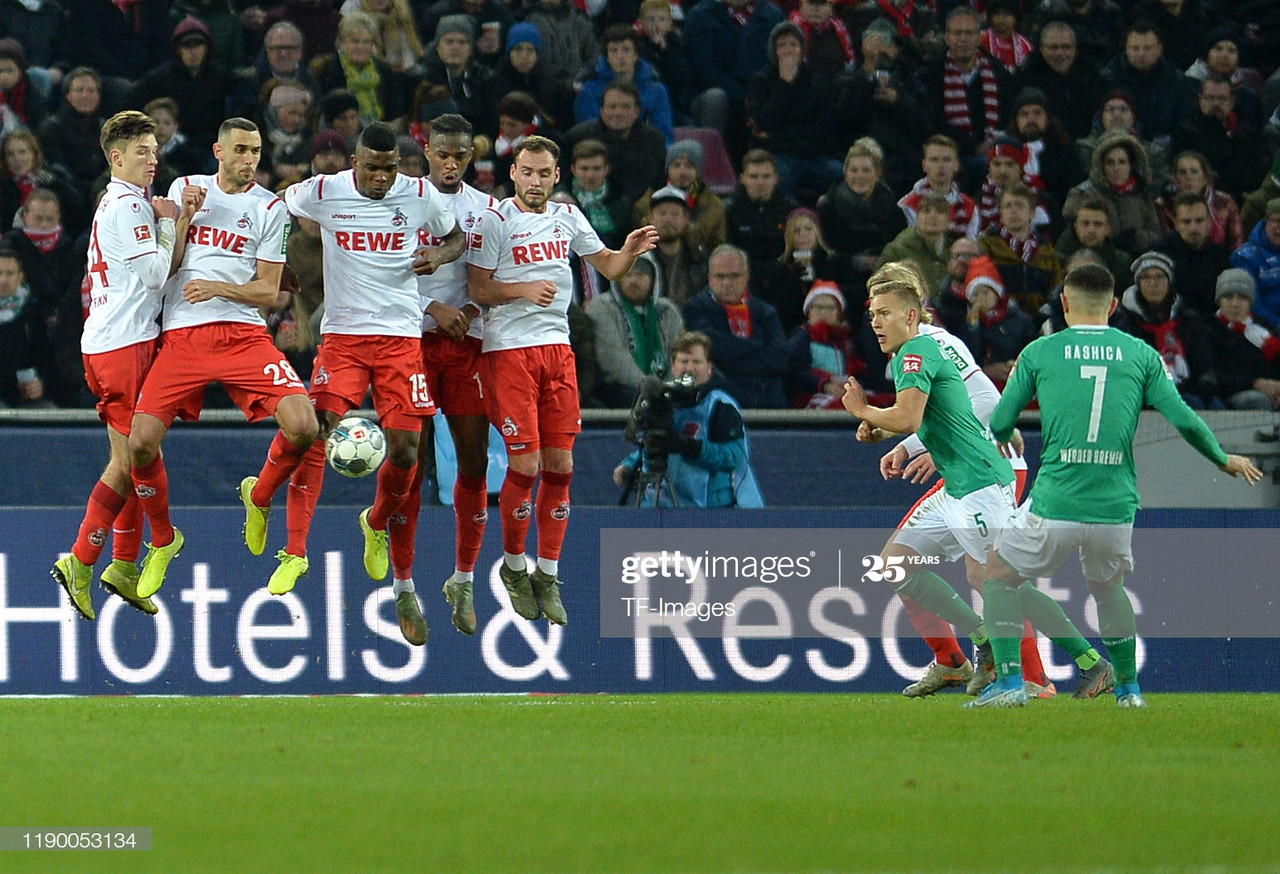 Werder Bremen vs FC Koln Preview: Green-Whites need a win to have any hope of Bundesliga survival9 days ago
Restore your password
Please enter your user name or email.
Login Member or Writer Panel
Enjoy your own Customized Newspaperwith VAVEL topics' carousels!