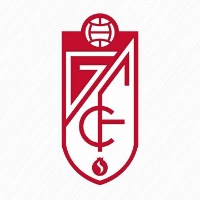 Futbol Club Barcelona got back to winning ways thanks to a single Lionel Messi goal after dominating Granada CF at the Nou Camp in the final game of matchday 20.

A windy Sunday night game saw Quique Setien take charge of Barcelona FC for the first time, with memories of the previous meeting between the two sides that saw Granada runaway 2-0 victors in comfortable game for them at the Nuevo Estadio de Los Cármenes still fresh. Prior to the game though there was a minute’s silence for Sergi Roberto’s mother who had sadly passed away during the week.

It was evident that Setien had already imposed some of his ideas on this Barcelona side early on, with the hosts enjoying massive amount of possession and constantly playing out from the back, representing a gradual change from Ernesto Valverde’s tactics. However, for all their possession, Barcelona hadn’t really created many chances to challenge Granada, who were more than happy to sit deep and let the opposition dictate the tempo. The best two chances early on fell to Ansu Fati who had a lot of space all game but both times his final shot didn’t really test the goalkeeper. However, Messi was seeing a lot of the ball and it only a matter of time before he created something major for his side.

In the 21st minute, after several passes around the middle, Messi slotted Jordi Alba in perfectly down the left-hand side. He fizzed a low cross into the box, looking like an easy tap in for Fati. However, the ball travelled under his foot before he crashed into the defender trying to block the shot. It really should have been 1-0. Messi had a few more dangerous runs in the first half, though most of the time Granada produced some wonderful tackles to stop him in his tracks.

Granada defended brilliantly in this half but offered little or nothing going forward, as it was more like training game with Barcelona being the attacking team. It was evident too that Alba was important for his side as he was providing all the width for the team, with a few cutbacks failing to reach Fati or Messi as the half was coming to close. The last big chance saw the typical Messi and Alba one two before  Messi blasted a shot at goal, the crowd screamed in anticipation only for the shot to scrape the side netting. Half time saw the teams change ends at 0-0, with Barcelona massively on top in terms of possession but failing to create many clear-cut chances.

The second half started much like the first with Barcelona having all the ball, however, the best chance so far in the game came in the 65th minute for Granada, surprisingly. A rare attack for them saw Yan Brice Eteki picked the ball about 30 yards out before smashing a shot off the inside of the left post, beating Marc-André ter Stegen, which was a massive let off for the home side.

The game started to pick up a bit more from here with more space appearing for both sides. Only a couple of minutes later, Antoine Griezmann smashed a shot straight at Rui Silva who pushed it easily away from goal. However, in the 69th minute game changed completely as a needless foul by  Germán Sanchez on Messi miles away from goal saw him pick up his second yellow card of the game. Setien instantly reacted to this by bringing Ivan Rakitić off for the young and highly rated Riqui Puig, as a massive roar from the crowd signalled their delight.

Barcelona started to show more intent after the sending off, with Messi finding Alba in space who tried a near post cross to Griezmann, however, Silva who was unfazed confidently collected the ball. In the 75th minute a misplaced pass saw Granada regain possession deep in their own half, however, Puig hounded Antonio Puertas to regain the ball before laying it back to Busquets. From here it dropped back to Messi about 35 yards out, who instinctively played a first time ball to Griezmann at the end of the box. The French man with his back to goal played a stunning outside of the foot pass that found Arturo Vidal near the penalty spot. It looked like the ball just getting way from him, but somehow he played an inch perfect dragging backheel pass that found none other than Messi, who slotted the ball into the bottom left corner from 18 yards out; Barcelona 1-0 up and in total control.

From here Granada tried push forward, but were unable to gain significant possession of the ball. Barcelona had few more chances the main ones being a driving run from Busquets who then laid the ball off to Messi at the edge of the box, a curling shot was pushed around the post by Silva. The last big chance came in the 83rd minute which saw Puig drive with the ball from the halfway line on a counter attack before teeing up Griezmann who sliced at the shot, hitting the side netting. Granada were solid for most of the game and it could have been very different if Eteki had a bit more luck, for Barcelona it was a great start and an exhibition of a style of play that will please the fans very much.

Having not being at his best this season, in this game he stood out. He was everywhere for Barcelona; pushing forward, defending few times when needed and was brilliant at linking up the play and playing the right passes. Put it into context Busquets played 145 accurate passes, which was more than Granada’s whole team (130).

Martin Odegaard's future to be decided by Real Madrida month ago

Valencia keen on bringing in Keita Balde2 months ago