Manchester City scored early on and had a masterclass by Kevin De Bruyne to thank as they swept Marseille aside in style at the Stade Velodrome. Ferrán Torres, Ilkay Gündogan and Raheem Stirling all netting in a comprehensive victory for Pep Guardiola's men.

Manchester City started the game very well, looking to get forward with speed at every opportunity. De Bruyne and Rúben Dias both had half chances, but Marseille defended well in the opening stages. The home side looked more than happy to sit back and soak up the pressure, showing City an awful lot of respect and letting them have most of the ball.

Pep Guardiola’s men certainly kept the home goalkeeper Steve Mandanda busy in the first twenty minutes, with Phil Foden trying his luck as well as Oleksandr Zinchenko’s cross almost evading him before the deadlock was broken on 18 minutes.

Despite their good defending in the opening stages of the tie, it was a gift of a goal to City that Andre Villas-Boas will not have wanted to watch again. Duje Caleta-Car looked to receive Valentin Rongier's loose pass, but he let it run across his body. De Bruyne then squared the ball from the right hand side for Ferrán Torres to tap home for his second goal in two games in the Champions League.

After notching up his 87th assist in all competitions for Manchester City, De Bruyne looked in the mood for more. His free kick on 24 minutes was a yard away from going into the net, and he also almost put Foden through before the Marseille defence managed to scramble the ball away.

It could have been the end of the Belgian’s night on the half hour mark, however. It was defender Álvaro who stamped down on De Bruyne’s foot and incredibly avoided going into the referee’s book - something that will have incensed Guardiola. Fortunately, the playmaker was fine to continue.

By the 33 minute mark, Marseille still hadn’t had a shot on goal and City had outpassed them two-to-one - 221 passes to 110 in the opening half hour. It was all City, and it looked like a question of how many the away side would win by that was the question to be answered from the rest of the game.

Indeed, it took until the 41st minute of the game for the home side to have their first shot on goal. Nemanja Radonjic was the player with the attempt, but Ederson saved easily. 1-0 was how it stayed when the half time whistle blew, with City having dominated the game but only had one goal to show for their endeavor.

The second half began with Marseille showing a little more attacking intent, but it was De Bruyne yet again who was the catalyst for more City pressure. On 50 minutes he turned on the ball in midfield and picked out Foden, who looked for Sterling in-behind, but Mandanda was able to rush out to collect the ball after a mis-communication between the two forwards.

On 55 minutes, it was the first real scare City had experienced in the game when Florian Thauvin hit a speculative 30-yard shot at Ederson, who managed to fumble the ball onto the post and away for a corner that was subsequently well defended from Guardiola's men.

De Bruyne was involved yet again as City nearly had a second just after the hour mark. He put Stirling through, but a superb block by Jordan Amavi kept the arrears to a single goal. The Ex-Aston Villa man was soon in the book though after pulling down Stirling from another superb ball forward by De Bruyne. Zinchenko fired the resulting effort from a ball in by the Belgian over the bar and it did seem that the more City had just the one goal lead, the more confidence Marseille would take going into the final stages of the game.

Marseille did indeed start to take more risks going forward and it was Dias they had to thank for two successive clearances from the City area. Guardiola looked on anxiously from the sidelines, knowing his side's slender lead was very much under threat as the final 20 minutes approached.

However, it was game, set and match for City with 15 minutes to go. Foden did extremely well on the left hand side, crossing for Stirling to head back across goal for Gundogan to sweep the ball home with his left foot past Mandanda to double the away side's lead.

De Bruyne popped up with another assist minutes later to make it 0-3 to Pep's men. Played in by Riyad Mahrez, De Bruyne crossed perfectly for Stirling to tap the ball in. There was a VAR check, but the goal was given. That was how it finished, and Guardiola's men maintain their 100% record in the Champions League so far this season.

City slick without Sergio - but must take their early chances

With Sergio Aguero missing for Pep's men, many may have worried slightly when he named Torres up front for the game against Marseille - but the youngster repaid his manager's faith, scoring his second Champions League goal in as many games. It was very much the Kevin De Bruyne show at the Stade Velodrome, as everything came through their captain for the evening. De Bruyne claimed the assist and was integral to all that was good about City. They must, though, put teams to bed earlier in the game if they are to avoid nervy moments like they did when the score stayed at 1-0 for much of the game.

Villas-Boas' gamble fails to pay off

Marseille boss Andre Villas-Boas set his side up with a five-man defence for the first time this season - something that was definitely going to be a gamble against a side like City with so much quality. Their conservative approach was evident as they showed City far, far too much respect in the first half which saw them only have one effort on goal in the opening 45 minutes. They did give a little bit more going forward in the second half, but in truth they rarely threatened the City half and if the ex-Chelsea and Tottenham Hotspur manager thought his back five was a way to nullify City's threat, he was much mistaken. His side tried to play out from the back and looked very uncomfortable doing so.

Who else but KDB? The Belgian was in fine form throughout the game, providing the assist for Torres' goal to make it 1-0 and was a constant menace to the Marseille defense. He also crossed for Stirling to make it 0-3 late on, and he oozed class throughout. His ability to turn on the ball, drive forward and pick a pass has been there for all to see throughout his City career, but he looked especially in the mood to impress against a Marseille side who couldn't handle the talismanic midfielder. Raheem Stirling added a goal to show an impressive statistic - the English winger has now been directly involved in 28 Champions League goals (18 goals and 10 assists) in 36 appearances under Pep, which is more than any other player since the 2016/17 campaign. 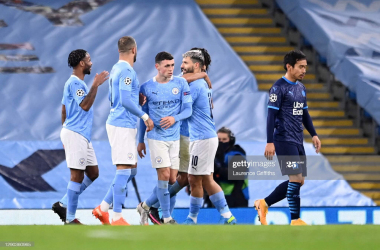 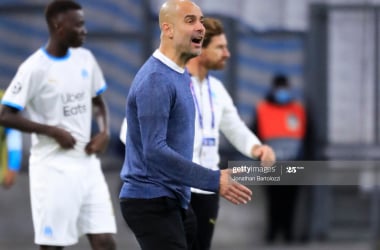 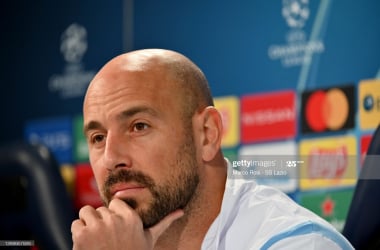 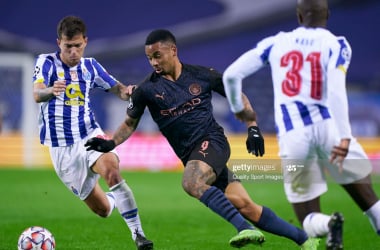 The Warm Down: FC Porto 0-0 Manchester City2 months ago 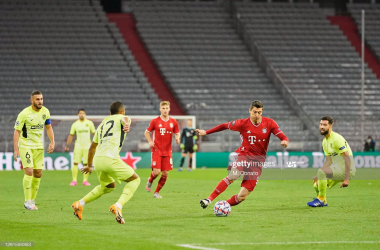 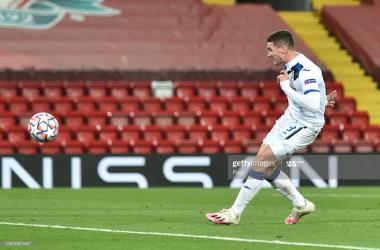 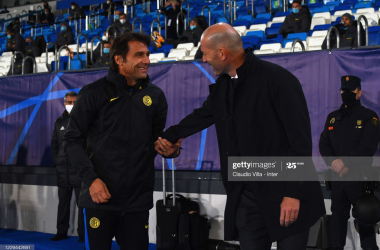 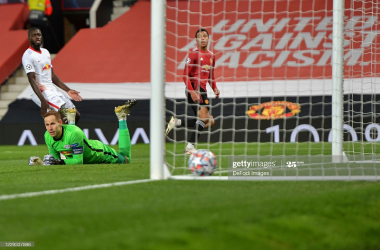