In football, the absence of someone usually leads to one of two things. Either that person becomes more admired, as absence makes the heart grow fonder, or they start getting disrespected since others forget about their accomplishments.

For Mauricio Pochettino, it’s been much more of the latter.

The manager took an extended hiatus after being sacked by Tottenham Hotspur back in November of 2019. He had decided he needed some time away from the sport and he disappeared from the public eye for a bit. Pochettino would be linked to teams who had either sacked their coach or were on the cusp of doing so, but nothing came to be.

That changed this past week as the Argentine joined Paris Saint-Germain. Plenty praised the selection by the Ligue 1 side, but many were quick to criticize as well. Some didn’t know if the game had passed Pochettino while he was gone, while others just thought the job was too big for him.

There were also some who pointed out how many other teams had passed on Pochettino. The likes of Bayern Munich, Juventus, FC Barcelona, and Borussia Dortmund all opted for other managers, while Manchester United and Manchester City decided to stick with their coaches instead of replacing them.

There was far too much disrespect being floated around, so now the pressure is on Pochettino to prove the doubters wrong.

A simple look back at Pochettino’s coaching career shows just how much he’s achieved already.

He could not have had a much tougher start, as his first task was to save a struggling Espanyol side back in 2009. They were floundering at the bottom of the La Liga standings and they seemed set for relegation. However, Pochettino was able to pull off a remarkable turnaround as his side won nine out of their last eleven games, including one against a future treble winning Barcelona team.

Espanyol would end that season in 10th, and they became a solid mid-table club in the following years. They even flirted with European qualification on occasion but just didn’t have enough talent to get the job done. Pochettino’s success came despite the board selling his best players every summer to raise funds, but those disagreements with management eventually led to his departure. They just wanted to stay afloat and stay profitable, while he desired something more.

His next move was an upward one, as Pochettino took control of Premier League side Southampton. They were still in trouble though, as the Saints were forced to fire fan favorite manager Nigel Adkins after a woeful start to the season. Some questioned the Argentine’s hiring as he was still relatively unknown at this stage, but he quickly made his mark on the team as they started playing more expansive and free-flowing football.

They weren’t the most efficient team in the country, but they were fun to watch. That was especially true when up against the big six, as Southampton defeated the likes of Liverpool, Manchester City, and Chelsea. The Saints ultimately survived with relative ease, and they were even better the following campaign, climbing all the way up to 8th.

This led to Pochettino’s biggest gig yet, as he was then hired by Tottenham Hotspur. As per usual, there was almost instant improvement. His first season saw Spurs narrowly lose to Chelsea in the League Cup final before eventually finishing 5th in the league.

Tottenham were genuine title contenders in the following years, first finishing 3rd in 2016 and then 2nd in 2017. More impressive than the club’s rise up the table was their apparent youth revolution. Pochettino was getting the most out of his younger players, as Harry Kane, Dele Alli, and Christian Eriksen were all integral parts of the team.

Spurs went from a club with potential to perennial top four figures under Pochettino. It seemed like his tenure was set for a fairytale ending as his side made the UEFA Champions League final, but it was ultimately a heartbreaking one.

A controversial penalty was called against Tottenham in the opening minutes, and Liverpool converted it to gain a crucial early lead. They were able to hold on and clinch the title with a late second goal despite Spurs’ best efforts.

Tottenham never really recovered, and a slow start the following campaign led to the Argentine’s departure. However, the disappointing conclusion should not take away from all he was able to accomplish in London.

Pochettino has left every team better off then they were when he joined. Some will argue that his lack of trophies mean he’s still a failure, but few coaches would have been able to win anything with the clubs he took over.

At the very least, it’s almost certain that his barren run will soon come to an end.

What the future holds

Paris Saint-Germain will always be seen as a powerhouse at the domestic level no matter who is in charge. They’ve just got more resources and talent than any other team in France, which leads to titles and trophies.

Almost anyone could finish 1st with PSG in Ligue 1, so that will serve as the bare minimum for Pochettino. With the likes of Neymar and Kylian Mbappe, that shouldn’t be an issue. Even the respective cup competitions should serve as easy ways for the Argentine to add to his trophy cabinet.

That is not where the club's ambitions lie, though. PSG’s target has been and still is the illustrious Champions League. They came so close last time around, but failing to convert their chances ultimately cost them as they lost to Bayern Munich in the final.

With Pochettino now at the helm, they’ll look to finally get the job done.

However, it might take some time for Les Parisiens to get used to his tactics. Pochettino loves to press when not in possession, which is something the PSG players haven’t done much of in recent years. Since they’re often just more talented than the opposition, they know they won’t have to worry too much about working hard or following orders.

That is going to change under Pochettino, who will expect the most out of his team week in and week out. Anyone who slacks off will be benched and replaced by someone else, especially with the gulf of talent at the club.

It’s impossible to predict exactly how they’ll line up, but some things can be assumed. The aforementioned pairing of Neymar and Mbappe will be responsible for creating chances going forward, while Ander Herrera will bring energy to the midfield.

Pochettino likes to rotate his fullbacks as well, so the likes of Alessandro Florenzi, Colin Dagba, Layvin Kurzawa, and Juan Bernat should all be ready to be called upon at any given moment once the team is fully fit.

PSG have an intriguing Champions League round of 16 tie, as they’ll take on an inconsistent Barcelona side. That is going to be Pochettino’s first true test. Advancing to the next round will serve as a key confidence boost, while being eliminated could put him on the hot seat right away.

Only time will tell how Pochettino does at the Parc de Princes. What is certain is that the pressure is already on and that there will be doubters. Thankfully for the Argentine, he seems ready to prove them wrong. 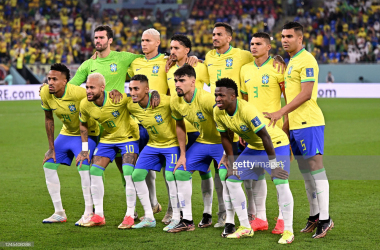 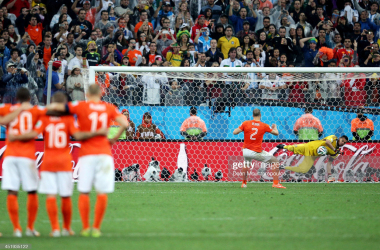 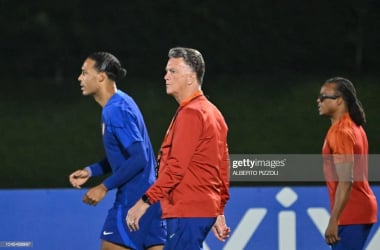 World Cup: Van Gaal and Netherlands have score to settle with Argentina 17 hours ago 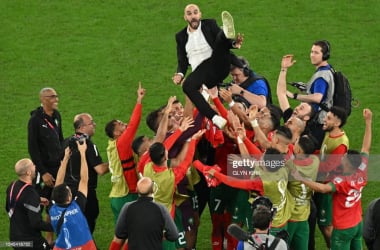 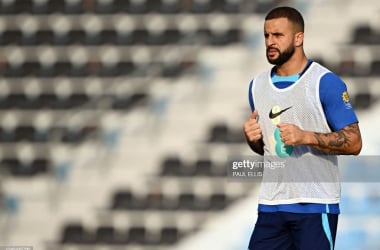 World Cup: Walker will not ‘roll out red carpet’ for France’s Mbappe a day ago 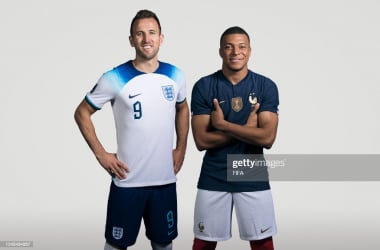 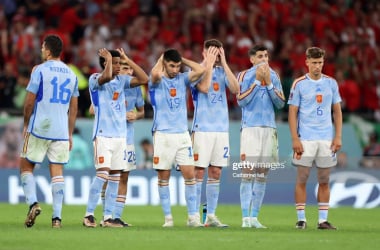 World Cup: Spain come up short by slipping on the spot again 2 days ago

Portugal vs Switzerland: World Cup Round of 16 Preview, 2022 3 days ago