Two teams who are focused on opposite ends of the Bundesliga table face off on Saturday as Werder Bremen hosts RB Leipzig at the Wohninvest Weserstadion.

Bremen aren’t too concerned with the fight for survival at the moment, as they are seven points clear of the bottom three, but that doesn’t mean that they have secured safety just yet. They have lost their last three league games, and with a trip to Borussia Dortmund after this fixture, there’s a chance that Die Grün-Weißen could soon find themselves back in trouble. As a result, they’ll be looking to pick up some points this weekend in order to avoid any late-season drama.

Leipzig, on the other hand, potentially had their title dreams dashed last weekend as they lost 1-0 at home to Bayern Munich, who were without Robert Lewandowski. The defeat meant that seven points now separate the two sides with only seven games to go, which means Die Roten Bullen have to win out for the rest of the campaign if they want any hope of making it a close race at the end.

There’s some added spice to Saturday’s contest as well, as Bremen will host Leipzig at the end of the month in the semi-finals of the DFB-Pokal, making this matchup a prelude of sorts.

Bremen were dealt two injury blows during the week, as Niclas Füllkrug broke a toe before the game against Regensburg while Ludwig Agustinsson hurt his hamstring during it, so neither will feature in Saturday’s contest.

They join Nick Woltemade on the treatment table, while Ömer Toprak and Luca Plogmann are doubtful for the fixture. Die Grün-Weißen know that they’ll be without midfielder Maximilian Eggestein, though, as he is suspended due to yellow card accumulation.

Speaking of suspensions, both Dayot Upamecano and Nordi Mukiele will also miss out due to yellow card accumulation, which is not ideal for Leipzig. Yussuf Poulsen won’t feature as well due to a thigh injury, while January-signing Dominik Szoboszlai still hasn’t recovered from the groin problem that has prevented him from making his club debut.

Lastly, there are still questions concerning Lukas Klostermann, Konrad Laimer, and Angeliño, so it’s unclear if any of them will be able to play this weekend.

Yuya Osako
After getting the job done on Wednesday, Bremen manager Florian Kohfeldt has a selection headache going into this contest.

He utilized a back four against Regensburg instead of the usual back three/five that Die Grün-Weißen have been playing for most of the season. It made sense on the day since Bremen were playing a side who were expected to defend a lot, but it’s unclear if that same tactic will work versus a Leipzig team who are much more dangerous going forward.

If Kohfeldt does add another defender at the back, that means that he’ll have to remove an attacker as a result. Who he benches will not be an easy choice, though.

Yuya Osako was the match of the match in the aforementioned DFB-Pokal victory. Grabbing the only goal of the game, he was a livewire in the second half. He hasn’t had the best campaign, but the Japanese attacker was able to showcase how dangerous he can be when he's playing well. If Osako’s given the chance to start, he’s certainly going to try and make an impact once again in order to keep his place in the lineup.

Milot Rashica, meanwhile, had another relatively rough showing. He tried to make a difference on several occasions, but he just wasn’t able to do much on the day. It was the story of his season, to be fair, as the Kosovo international has been off for most of the year. However, Rashica is always capable of producing a moment of magic at any given moment, which could be key against a team as good as Leipzig.

Does Kohfeldt turn to the forward in form, or will he put his faith in his struggling star man? Only time will tell, and the decision he makes could ultimately decide who wins on Saturday.

Dani Olmo
Arguably one of the more underrated players in Europe, the signing of Dani Olmo was a masterstroke by Leipzig.

Coming from Dinamo Zagreb in January of 2020 for just around 17 million Euros, he took some to get going in Germany. The Spaniard did have some impressive moments at the end of the campaign, though, most notably scoring in Die Roten Bullen’s UEFA Champions League quarter-final win over Atlético Madrid. He has carried that momentum into this season, quietly becoming an elite talent while also helping Leipzig sustain a lengthy title challenge.

Olmo was especially excellent during the most recent international break, grabbing a goal for Spain in games versus Georgia and Kosovo, with the one against Georgia coming in stoppage him to win Spain the match. With those performances, it’s likely that the attacker will play a key role for La Furia Roja in the upcoming European Championship this summer.

Bremen know just how good he can be, as Olmo scored a wonderful goal (which we’ll get to) in the reverse fixture this season. If he can keep up his good run of form, then there’s a decent chance that he’ll be able to wreck further havoc in this match as well.

It wasn’t a particularly close contest the last time these two sides faced off as Leipzig beat Bremen 2-0 at the Red Bull Arena.

The hosts had a superb chance to open the scoring when a backheel from Dani Olmo picked out the run of Justin Kluivert in behind the opposing defense, but his shot attempt flew well over the crossbar.

The miss wouldn’t haunt Leipzig for long, though, as they took the lead about five minutes later. A penalty was called after Ludwig Augustinsson elbowed Yussuf Poulsen in the area, and club captain Marcel Sabitzer was able to step up and convert the resulting spot-kick.

Die Roten Bullen made it two before the half-time break. Another backheel, this time from Poulsen, got the ball to Olmo in the final third. He did the rest, skillfully dribbling past a defender before slotting home from close range to effectively seal the result then and there.

It wasn’t the most dominant performance, but Bremen just never came close on the day as Leipzig won with relative ease.

Unfortunately the contest will not be aired in the UK, but those in the United States can watch the action unfold on ESPN+.

Paderborn vs Werder Bremen preview: How to watch, kick-off time, team news, predicted lineups, and ones to watch 4 hours ago

FC Ausburg vs Eintracht Frankfurt preview: How to watch, kick-off time, team news, predicted lineups, and ones to watch 6 days ago

Werder Bremen vs Fortuna Düsseldorf preview: How to watch, kick-off time, team news, predicted lineups, and ones to watch 7 days ago

Bayern Munich vs Borussia Mönchengladbach preview: How to watch, kick-off time, team news, predicted lineups and ones to watch 14 days ago

VFL Bochum vs VFL Wolfsburg preview: How to watch, kick-off time, team news, predicted lineups, and ones to watch 13 days ago

Hertha Berlin vs FC Köln preview: How to watch, kick-off time, team news, predicted lineups, and ones to watch 13 days ago

Can Ricardo Pepi be the next American to set the Bundesliga alight ? 7 days ago 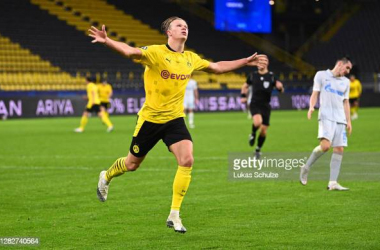 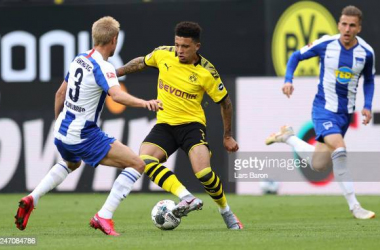 Hertha Berlin vs Borussia Dortmund preview: How to watch, kick-off time, team news, predicted lineups, and ones to watch a month ago 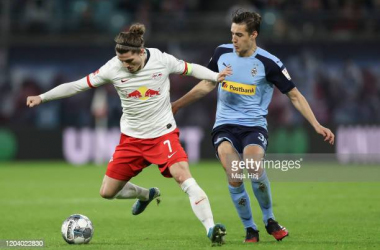 RB Leipzig vs Borussia Mönchengladbach preview: How to watch, kick-off time, team news, predicted lineups, and ones to watch a month ago

RB Leipzig vs Bayer Leverkusen preview: How to watch, kick-off time, team news, predicted lineups, and ones to watch 2 months ago
//