SHE3
END13 hours ago

For a while now the term 'Divas Revolution' has been branded around on WWE programming, alluding to the fact that women's wrestling is once again rising and finally getting back to the levels it has been previously, when the likes of Lita were with the company.

But the WWE currently posses perhaps it's biggest and strongest ever Divas division, with vast characters and an array of talent, the potential for the Divas roster has never been higher, and the WWE are taking it seriously.

The women are now having longer matches and being awarded more microphone and backstage segments, whilst the writing (on the main roster at least) may still need some work to get to the standard the talent deserve, it has been a big step in the right direction.

For too long the female superstars have simply been seen and used as a sex symbol and been placed in the 'bathroom break' matches, being given under ten minutes and expected to make an impressive match.

The WWE has branded this new era as the 'Divas Revolution' and whether the fact they are calling it a revolution on a weekly basis does defeat the object of a revolution, the fans have begun to react and treat it more seriously, and it all started somewhere...

That's right, a hash tag, some would argue it all started with a simple hash tag which really shows the power that social media, in particular Twitter can hold upon the wrestling industry.

It all started from AJ Lee sending a tweet out of frustration at the product (she no longer works for WWE) and unfair equality within the company and it certainly made an impact.

AJ's tweets were directed at Stephanie McMahon and stated her anger at the fact the women were being paid less and gaining less screen time than the male roster, prompting a response from owner, Vince McMahon, starting the #GiveDivasAChance.

It quickly became a trending topic with the WWE Universe showing their passion about the subject and a movement started to follow, the company pushed the hash tag and mentioned it constantly in an attempt to make the most of the momentum.

But that is about as far as it seemed to go, with Divas still being given short matches and much less T.V. time in comparison to the male roster, and with three hour RAW's it shouldn't be too difficult to find the time to showcase the women.

The lack of changes sadly saw Lee leave the company, and one of the best women's wrestlers simply hung up her boots and retired (for now).  But the impact of that hashtag and her matches were felt in the company even after she left.

WWE may not have made many major changes following this incident, but it certainly planted an idea within fans minds, and for that it certainly did play an impact in the current revival of women's wrestling.

Without a doubt, NXT and the ladies that have passed through that system to the main roster have been game changers.  The way the developmental brand has utilised the female talent they have has been one of the major reasons for its success to this point.

But the women haven't just helped NXT grow with their work in Florida, they have helped shape the current Divas division and really put women's wrestling on the map and at the forefront of people's minds once again.

Four women in particular have played a major role in changing the way fans view women's wrestling; Charlotte, Becky Lynch, Bayley and the Boss, Sasha Banks, these women have put on match of the year contenders and stolen the show on countless occasions.

Forming a strong sisterhood along the way (branding themselves as the Four Horsewomen) it's clear that these wrestlers are passionate about the industry and are desperate to be the best in the entire company.

The matches that they have put on during the NXT Takeover events have taken the Divas division to another level, having shown time and time again that women's wrestling can be just as interesting and compelling as their male counterparts.

Being afforded the time to develop characters and stories have allowed the WWE Universe to really invest into these four women, with the fans showing great passion during their matches and becoming eager to see them succeed.

Because of the fan's passion more and more people have begun to watch the Divas matches, forcing the WWE to grant them more in-ring time and moving three of the four (Bayley stayed as NXT Women's Champion) to the main roster as the focal points of the revolution.

The work done in NXT has paved the way for the next set of women, such as Alexa Bliss and Carmella who are now eager to follow in the footsteps of the Four Horsewomen.

Whilst the Four Horsewomen have stolen every headline imaginable, put on world class matches (including the first ever women's NXT special main event) and brought plenty of attention to the women's division, two Divas set the precedent for those women to follow at the very first Takeover.

NXT:Arrival, the first Takeover event took place on the week of the WWE Network's launch and therefore was seen by a large audience and the success of the night put everyone on alert about the talent in NXT.

But one match stole the show that night, and that was the battle between Paige and Emma.   Having been granted a large amount of time by Triple H, the pair would go out and remind everyone just how entertaining women's wrestling is.

The match and rivalry might often be overlooked due to what has taken place following NXT:Arrival, but those two ladies put everything on the line and it certainly got people talking, which is exactly what the Divas division needed at the time.

It is one of the most important moments in Divas history as it made everyone stand up and take notice once again.  Up until this event, only AJ Lee seemed to be pushing the boundaries within the Divas Division.

Even though the term 'Divas Revolution' wasn't being branded around back when this match took place and the WWE didn't see it as a major issue to address, the fact that Paige and Emma still went out and put on the match that they did (which you can relive for just £9.99) was crucial in terms of preparing fans for what was to come.

The T.V. show on E! has been nothing but a major success, it has gained regular views and has provided fans with a fantastic opportunity to get to know the women on a more personal level.

With the popularity of reality shows, the WWE made a wise decision in utilising their Divas to get involved in this market and it has worked out perfectly for them, and now plays hand in hand with the Divas Revolution.

The show gives fans a chance to see a select few Divas in their home lives, all the trouble and difficulties as well as the training and hard work that they put in for the WWE.

Even though they don't put much wrestling into the show, with storylines being written and created specifically for E!, the audience has continued to grow.

Total Divas has brought people to the WWE who had never watched wrestling before in their lives and for that it has had a huge impact.  As the Divas continue to develop and progress the more people watching them will make the revolution grow, taking the division to unchartered heights, which is the overall aim.

Overall there have been many contributing factors that have created the revolution and allowed the Divas to be in the position they are now, but it seems that the work of the Four Horsewomen is what really took women's wrestling to another level, proving that they can not only match the male's but be better than them.

But in reality, it's not about who started it and it doesn't matter who finishes it, all that counts is what happens along that journey and if women's wrestling can continue to grow as fans look for more moments that will go down in the history books. 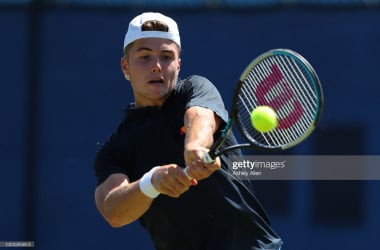 'We can take this team to the next level' as Singapore Khalsa association crowned league 2 Hockey champions. 5 months ago

‘Did remarkably well considering that we only had 11 players’, coach Kanan said after the game against Jansenites 7 months ago

No mercy as SCC thumped Hollandse 5-1 7 months ago

"It never gets easier does it?" as Perak edged out Singapore by a goal 8 months ago