In the opening heat of three, Jess Judd went to the front as is her natural tactic and led the first group of athletes around at a fast pace. She stretched the group out enough to be able to qualify in sixth place despite five athletes waltzing past her on the home straight.

World record holder and defending champion Genzebe Dibaba unsurprisingly won the heat with an impressive time of 4.02.68. She was followed home by the controversial Caster Semenya, who is doubling up with the 800m as she looks to defend that middle-distance crown whilst adding a new title. Winny Chebet also easily qualified as the only other woman in the field to go under four minutes in her 1500m career.

Judd described her progression to the semi-finals as "amazing" after finishing with a personal best time of 4.03.73 on her 1500m World Championship debut. 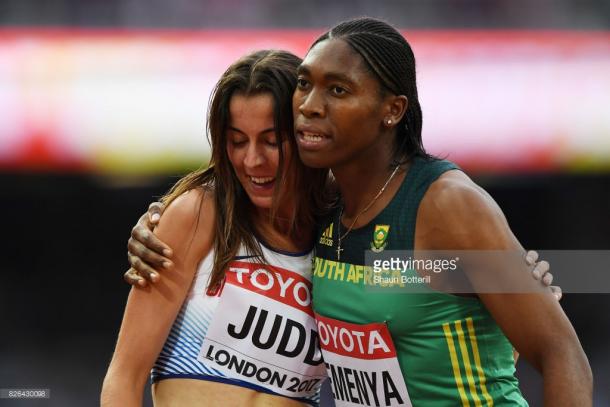 In contrast, British record holder and medal hopeful Laura Muir was content to sit at the back of the pack for the opening exchanges. Closely followed by Gudaf Tsegay, Muir went to the front to avoid any potential boxing midway through the race.

With the pack tightly squeezed on the bell, it was down to who had the fastest kick to make the six automatic qualifying positions. Four ladies stretched away with barely a step length between them and 2015 bronze medallist and fastest woman this year, Sifan Hassan, timed her run perfectly to cross the line in first.

Muir and Tsegay finished strongly to also comfortably progress whilst another big name in Jennifer Simpson nipped into second place to ensure all seven women who had previously gone under four minutes easily qualified from the first two heats.

Scotland's Muir stated "she wanted to stay out of trouble and keep out of harm's way" before explaining she is "really excited to be in the semi-finals". 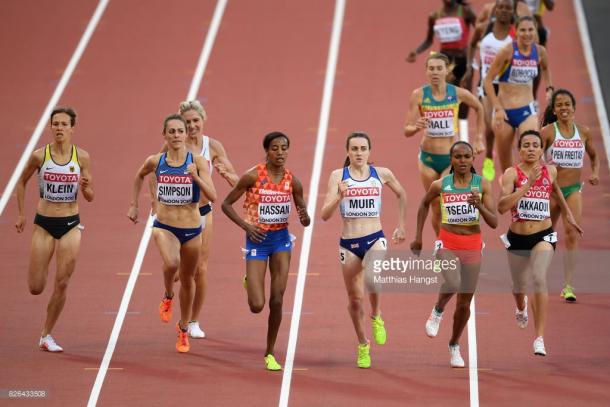 Laura Weightman and Sarah McDonald decided their best approach was to follow talented German Konstanze Klosterhalfen at the front of the pack in the final heat. Like Klosterhalfen, Besu Sadu has gone under four minutes and she moved to the front alongside Olympic champion Faith Kipyegon after the second lap.

The field began to stretch with Klosterhalfen stretching her legs out in front on the bell. Yet the German began to look fatigued as a handful of athletes skipped past her and Klosterhalfen was left hanging on for sixth spot.

2015 silver medalist Kipyegon led the group home ahead of Meraf Bahta and Sadu. The hosts were granted their third semi-finalist as Weightman sprinted to the finish line in fourth, explaining she felt "nice and controlled and aware all the time of what was happening".

For Sarah McDonald, it was an agonising wait before Great Britain were granted a full house of qualifiers as the youngster progressed with a personal best of 4.05.48 as one of the six fastest losers.