Grigor Dimitrov is on the cusp of reaching his first ATP Masters 1000 final after overcoming giant Argentine Juan Martin Del Potro in Cincinnati.

The silky Bulgarian, who had never beaten Del Potro in five previous meetings, is the highest seed left in the bottom half of the draw following a 6-3 7-5 victory.

He will now meet world number 46 Yūichi Sugita in the quarter-finals.

With many of the game’s big names missing though injury this week, there is a real opportunity for players like Dimitrov to secure a bulk of ranking points in the American city.

Should the Bulgarian beat Sugita in the last eight, John Isner, the world number 19, would be the highest ranked opponent that he could meet in the semi-finals.

Despite the decimating draw, due to the withdrawals of Roger Federer, Milos Raonic and Kei Nishikori among others, Dimitrov faced a daunting hurdle in the 6 ft 5 Del Potro.

The former US Open champion has worked his way back to a world ranking of 30 after a series of wrist injuries and is often a dangerous opponent in the early stages of major events.

Even so, the towering Argentine isn’t renowned for being a fast starter, something Dimitrov took advantage of in the second game of the match.

Dimitrov quick out of the blocks

The Bulgarian demonstrated some impressive foot speed and guile from the back of the court, constructing points well against the contrastingly cumbersome Del Potro.

In the opening set, the Argentine hit just one forehand winner, a remarkable statistic considering it is one of the most potent shots in the men’s game.

His first serve also dwindled, allowing Dimitrov to take control from the baseline and secure the opening set.

Del Potro was a livelier figure at the start of the second set, crushing two forehand winners in the second game to breach Dimitrov’s serve for the first time.

The Bulgarian didn’t go away, though, breaking back with a wonderful forehand pass in the seventh game before levelling at 4-4. 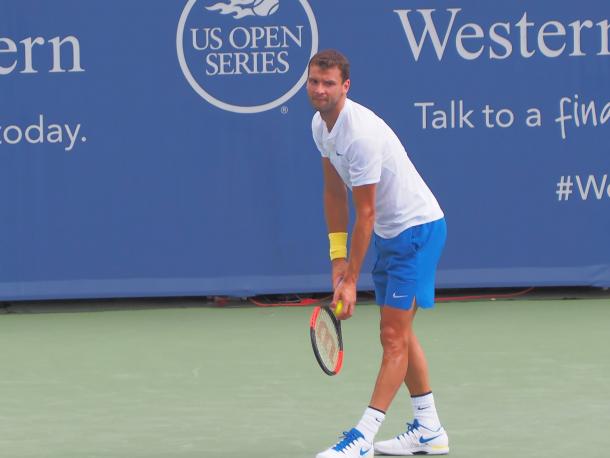 Del Potro struggles towards the end

From there Del Potro’s challenge began to wane, as the Argentine began to look dizzy and crouched forward in apparent distress.

After losing his serve again to go down 5-6, Del Potro planted his head in his hands at the change of ends before calling for the doctor.

It was too little too late, however, as Dimitrov served out the match to advance to the last eight.

Super Sofia Kenin realises her destiny in Melbourne 9 months ago