NOR3
END12 hours ago

Heartbreaking for the Lions and British Basketball as Neptunas come through with the win.

Thank you for joining me this afternoon, the match report will be out soon!

44 Seconds left - HUGE FROM WILLIAMS! HIS THREE TIES THE GAME AS TIME OUT IS CALLED!
13:27a month ago

2:03 left - Huge for the Lions as Robinson lands a three which hits the rim and then the top of the backboard before falling in to cut the lead to three!
13:25a month ago

4:12 left - Now the pressure is on the Lions as the Lithuanian side come back with some huge plays of their own!
13:26a month ago

6:03 If the dish from Kevin Ware to Brian-Amaning for the bucket wasn't huge enough, Byron Mullens makes a thunderous block at the other end to keep the Lions' advantage!
13:29a month ago

7:20 left - Brian-Amaning makes two free-throws as the Lions get lucky through a few silly fouls from the Neptunas players. Four-point lead for the Lions now!
13:29a month ago

9:10 left - Ikhinmwin gets the Lions rolling with a steal and then a bucket before going to the paint again after another stop and finishing with the chance to make it a three-point play - but he cannot convert the and-one.
13:31a month ago

Huge play at the end of the quarter after Kevin Ware drives into the paint and lays-up nicely, followed by a double-dribble from a Neptunas player.

1:30 left - Captain Joe Ikhinmwin knocks down an important three but the Lions are beginning to look like they are losing their way a little - Vince Macauley calls a time out.
13:35a month ago

3:00 left - Brian-Amaning makes a very difficult shot in the paint heavily contested - at the moment the Lions offence is being ran through him.
13:35a month ago

5:09 left - Liggins knocks down a mid-range before the Lions get another stop, but Ware is called for traveling to the American's disbelief.
13:36a month ago

6:34 left - Mullens survives but the Neptunas player is called for unsportsmanlike conduct and Mullens makes both free-throws.

Matthew Bryan-Amaning then throws the ball down to close the gap to one point.

6:34 left - Big moment in the game here as Mullens may be ejected - along with a Neptunas player. Both players engage in a scuffle and the referees are at the monitors reviewing the footage.
13:41a month ago

8:44 left - Bristol now on three fouls as Neptunas start the quarter better - Ware the solo scorer for the Lions so far with one free-throw.
13:45a month ago

9:21 left - The Lions start off the quarter by turning the ball over with an offensive foul called on Robinson.
13:38a month ago
Robinson - 10 points

The Lions led by Kervin Bristol hustled back into this tie after he added four points at the end of the quarter.
13:39a month ago

2:26 left - Williams ends the Lions' bleak spell in the 2nd quarter with a huge dunk on transition. Time-out for the Lions now as coach Vince Macauley gives instructions.
13:41a month ago

4:19 left - The Lions have struggled to mark their men this quarter and have suffered as a result even though Robinson has knocked two consecutive three's down.
13:44a month ago
7:09 left - Huge plays from Bristol and Mullens as Bristol blocks a shot and up the other end Mullens goes past his defender with a behind-the-back move and then the finish to match.
13:46a month ago

8:20 left - Neptunas start the quarter with a thunderous slam and then a missed lay-up with no Lions player around. The London side need to get back into this before the Lithuanians get further in front.
13:48a month ago

A scrappy first quarter from both sides but the Lions finish three points behind with Neptunas leading.
13:49a month ago

10.5 left - Byron Mullens sinks a three - something the Lions have been lacking today from him so far, he has six points.
13:52a month ago

1:35 left - The Lions struggling to really retain possession and play for open looks which is giving them some trouble.

One thing that is quite interesting is that both teams are struggling from the three throw line.

5:00 left - The Lions concede a third three-pointer before turning the ball over through a backcourt violation.
13:51a month ago

5:44 left - First time-out for Neptunas here as the Lions score again through Mullens on the quick transition. The Lithuanian side are struggling to keep up with the Lions side on the fast-break.
13:54a month ago

6:16 left - Robinson runs the pick and roll play effectively before pulling up mid-range and sinking a two in before following up moments later with a three.
13:57a month ago

7:45 left - Liggins, Bristol, Mullens, Robinson, Ware are your starters for the Lions, but Bristol will be checked out as he is already on two fouls.
13:58a month ago

As soon as we know the starters for the Lions, we will update you!
13:55a month ago

If London Lions beat Neptunas Klaipeda, they must then face off with either BC Balkan or Tsmoki-Minsk for a spot in the group stages!

Venue for this afternoon

The venue for the clash is the Arena Botevgrad, a 4,500 capacity arena based in the Bulgarian city of Botevgrad. 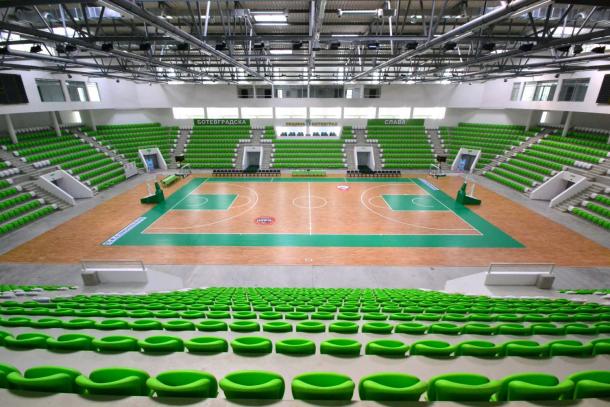 Ahead of @London_Lions action in Europe, the first guest on #TheBBLShow is @Vincemacaulay. Hear how he's planning to lead the Lions to victory in @BasketballCL and in the BBL competitions.

Episode 1 drops Tuesday 22 September at 7am on!

The London Lions Head Coach will be hoping for a fast start today.

Check out our match preview for this afternoon's game here:

This game can be watched live on the BBC Sport website from 14:30pm (BST)!

If you are unable to watch it, make sure you stick around with us for live updates!

Welcome to VAVEL UK's live text coverage of the 20/21 Basketball Champions League clash between the London Lions and Neptunas Klaipeda.

I am your host Daniel Huggins and I will be keeping you up to date with the scores and all the best plays and highlights of the game.

Stephen Brown signs for the Lions&nbsp; 2 months ago

Bryan-Amaning returns to the Lions 2 months ago