This weekend threw up some big fights and clashes in America and in the UK. We saw the return of the welterweight world champion Errol Spence, as he outpointed Danny Garcia.

On BT Sport, we saw the trend of the underdog coming through with a victory again as Lyndon Arthur took out highly favoured Anthony Yarde. Also featured was the up and coming Dennis McCann on the undercard who impressed again.

Sky Sports threw up a great world title clash, as Billy Joe Saunders eased to victory against the seasoned Martin Murray in what was an entertaining affair.

"Danny Garcia pushed me to the limit, especially in training camp. I knew I had to be 100 percent ready." 💯@ErrolSpenceJr after his win vs Danny Garcia #SpenceGarcia (Buy PPV: https://t.co/mEn4szRqyy) pic.twitter.com/eFWw47S2Yd

Spence showed his class on his return to the ring for the first time since his horrifying car crash which threatened to derail his glittering career. All the talk was about what version of Spence would we get in this fight, and after all the talk, we saw a finessed, fit and focused champion.

The scorecards read 117-111, 116-112 & 116-112 as he retained his IBF and WBC welterweight belts at AT&T Stadium in Arlington, Texas. Garcia fell short in a big fight once again, following close decision losses to Keith Thurman and Shawn Porter.

People wanted to know where Spence was at, performance wise, and what they saw was he hasn't lost a step. Another reminder that he is a terrific boxer and now the talk turns to a superfight against Terence Crawford that will surely be pushed for in 2021.

Billy Joe Saunders only wants the big names from now on 🙌 pic.twitter.com/vppVJgcatJ

Saunders retained his WBO Super Middleweight title on Friday night with a dominant performance against Murray who failed to win the world title for the fifth time.

The scorecards read 120-109, 120-109 and 118-110 for the Hatfield man, who needed a strong performance after criticism in his wins over Shefat Isufi and Marcelo Esteban Coceres in the division so far.

Murray gave a valiant attempted but found himself falling short of one of the best in the division. At 38, we may have seen his last fight after a long, mainly successful career. On the flipside, Saunders will look for a huge clash with the winner of Saul Alverez and Callum Smith or even take on Demetrius Andrade.

Last night was the toughest test of Dennis McCann's short career, but he passed with flying colours 🔥 pic.twitter.com/sjDUDwuZMk

Young starlet McCann impressed in what was his eighth professional bout at only 19 years old. He took on Pedro Matos, who fought for a European title in his previous fight, in what was his toughest test yet.

He came through with flying colours and earned plaudits from pundits David Haye and Andy Lee on the night. His style is something that mirrors that of former legend Prince Naseem. The fast hands, great footwork and shot variety is something has caught the eye of many a boxing fan.

On BT Sport, we saw unbeaten Arthur stay unbeaten by beating the heavily favoured Yarde by split decision victory on Saturday night. The scorecards read 117-111 to Yarde and 115-114 & 115-114  to Arthur which did cause controversy, as BT had Yarde winning by a round.

In what was a strange fight from Yarde, he failed to ever put the pressure on Arthur as he controlled the pace and jabbed extremely well time and time again. Credit goes to Arthur who managed to foil and negate Yarde coming into range.

The questions do fall to Yarde now, as he barely threw any meaningful punches until the 12th, where he had Arthur wobbled with a huge overhand right. Perhaps if he had gone for it earlier, he may have won but Arthur remains unbeaten and retains his Commonwealth crown.

A very close fight, but one judge scoring 117-11 Yarde is ridiculous.

Either way we have an upset!🥊 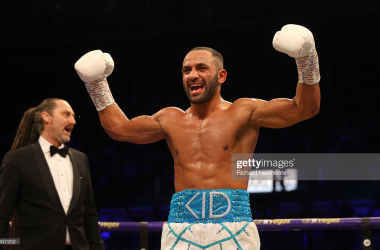 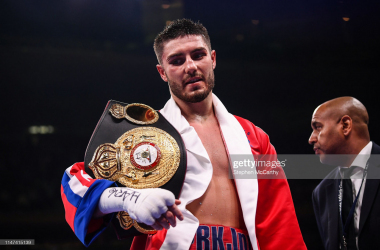 British Basketball - are foreign imports needed? a day ago

Who should get the final Premier League Darts spot? 12 days ago

What's next for English Middleweight champion, Linus Udofia&nbsp; 21 days ago