NBA Basketball is back after the shortest offseason the league's ever seen, with last seasons finalists the Los Angeles Lakers and the Miami Heat reporting for training camp on 1st December after playing Game 6 of the finals on 11th October.

It's a shorter season, too, containing 72 games instead of the standard 82. And, like last season, there will be a play-in tournament in each conference for the 7th and 8th seed.

The Portland Trail Blazers had a pretty sour-then-sweet 2019/20 season. The changes made in the offseason prior made the team look like possible serious contenders, yet from early on they struggled and things didn't look right, didn't seem to click.

Hovering around the last playoff spot all year, it took the global pandemic and suspension of the league for the team to get their ish together.

Bubble Blazers were a whole new team. They propelled themselves to the play-in tournament then walked through a tough Memphis Grizzlies side to match up against eventual champions Lakers in round one, where they were able to steal Game One, but eventually falling in five games.

Star PG Damian Lillard also came away with Bubble MVP. It may not have been a real award, but it was still well deserved as he put on a show night in, night out once he got back playing.

So what of their chances heading into this season? Who's arrived and who's left? Where do the experts rank them? How will they fare?

Before getting into it, for all transparency, I am a Blazers fan. While I will back my boys all the way, I like to think I can be realistic too.

The draft really came and went for the Blazers, with just the 2 picks on the board. Isaiah Stewart was picked 16th but was traded to the Houston Rockets along with Trevor Ariza and a conditional future first-round pick in exchange for Robert Covington (good move). And with the 42nd pick they selected SF CJ Eleby from Washington State (smart pick).

The Blazers had a fine amount of money to play with for FA, as they were able to offload some rather pricey contracted players through trades or expiring deals.

As mentioned before, they traded away Ariza for Covington, swapping an aged forward for one who, while he may not have played his best basketball last season, will be very useful in the teams setup.

The 20th November was a busy day for the Blazers. They reacquired fan favourite Enes Kanter from the Boston Celtics as part of a three-team trade that also saw Mario Hezonja depart after one season.

Rodney Hood, who spent all of last season out due to an achilles injury, returned to the team after initially opting out of his contract. And to cap off the day, they signed reigning dunk contest champion Derrick Jones Jr to a two-year deal.

Veteran Carmelo Anthony was expected to not return, however, as a show of loyalty to the team who had faith in him after two disappointing seasons with the Rockets and Oklahoma City Thunder, essentially rejuvenating the last part of his career, Melo re-signed on a one-year minimum deal.

To cap off the incoming players, Portland signed former Sacramento Kings big man Harry Giles, who coincidentally they drafted back in 2017 but traded to the Kings for Zach Collins at the pick 15.

Hassan Whiteside filled in for the injured Jusuf Nurkic last season but didn't really make that big of an impact, and as such the efforts to re-sign him were not put in, especially as he was looking for a big money contract.

Wenyen Gabriel came to Portland via a trade in January, but was in the last year of his contract. He played 19 games, putting up OK numbers, nothing special. He's now moved on to the New Orleans Pelicans.

Rookie Jaylen Hoard also experienced just one year in Portland, going undrafted in last years draft and signing a two-way contract with the team. He has now signed with the Thunder.

Caleb Swanigan saw his contract run out and is still without a team.

Overall, it was a fantastic offseason for the Trail Blazers. All expert rankings give them A's or A+'s for the moves made, and rightfully so. The signings made point towards a proper push for a deep playoff run this year, and I don't see any reason why they shouldn't.

The Trail Blazers only got in four pre-season games against two western conference foes.

First was the Kings, whom they split the games one apiece, before moving on to two losses against the Denver Nuggets.

The Blazers won their first season game against the Kings 127-102, then proceeded to lose the next three on the bounce. All the games ended with double-digit margins, with a loss to the Kings by 15 then losing to the Nuggets by a combined 64 points.

It was, to be honest, a very disappointing pre-season.

But that's the thing. That was pre-season. No one is going all out during pre-season.

Most players use the time to get back into the swing of things before the regular season. The only players really going out to perform are the newly drafted rookies. So those results don't worry me one bit.

This article has already run quite long so I don't want to keep it going too much longer, even though I could give 5 reasons for each player as to why they will be key to the teams success. Instead, I give you the Portland Trail Blazers' big three.

Jusuf Nurkic. The Bosnian Beast himself. Acquired from a trade with the Nuggets in 2017, Nurk has been a staple on the defensive end.

An emphatic rebounder, his best season came in 2018/19, where he posted 15.6 ppg, 10.4 rpg and 1.4 bpg. He missed the last 10-or-so games of that year and most of last season due to a horrifying broken ankle injury sustained in a game against the Brooklyn Nets.

He returned with the resumption of the season in the bubble and had not lost a step one bit, coming back to play more minutes than he ever has and put up more points than he ever has, albeit it in only eight games.

His defensive efforts anchors the team when on D and his big size and scoring ability in the post provides the team with a reliable scoring option inside and under the basket.

CJ McCollum. Why CJ never gets the proper recognition he deserves I will never understand. He had his breakthrough season in 2016/17, winning the leagues

Most Improved award after putting up 23 ppg and narrowly missing out on joining the prestigious and incredibly exclusive 50-40-90 club. Last season he put up very solid numbers, averaging the most assists and rebounds per game he ever has on 22.2 points.

A quick and tricky scorer who can get it done inside and outside, the team can rely on him for points any night and is more than capable of going off for 30+ points on any given night.

Damian Lillard. This season's MVP. Call me crazy, say it won't happen, just know I will pull up the receipts when he's handed the award at the end of the season.

Dame has more iconic moments in his career than some teams have in their entire lifespan. His resume does all the talking for him too.

Unanimous winner of Rookie of the Year 2013, had his first all star pick in his second season and was the first player ever to partake in every event at that all-star weekend. Five time all-star, one time all-NBA 1st team, three time 2nd team and one time 3rd team, and 2020 bubble MVP.

He is one of the top players in the league right now and this season, along with the whole team, will ball out and surprise the Western conference.

I am only partly joking. I genuinely believe that the Portland Trail Blazers can make a proper push and contend against the likes of the LA Lakers, Milwaukee Bucks, and all the other teams experts are putting at the top of the power rankings.

I think a conference finals appearance is the goal and anything less should be considered a failure. The team is there to really challenge and go for a top three seed.

Yes the West is incredibly stacked at the moment, with the Golden State Warriors regaining Stephen Curry and the Nuggets looking like a big threat themselves. But what those teams won't have is the league's best player, Dame Dolla, who will personally see to the success of the team. 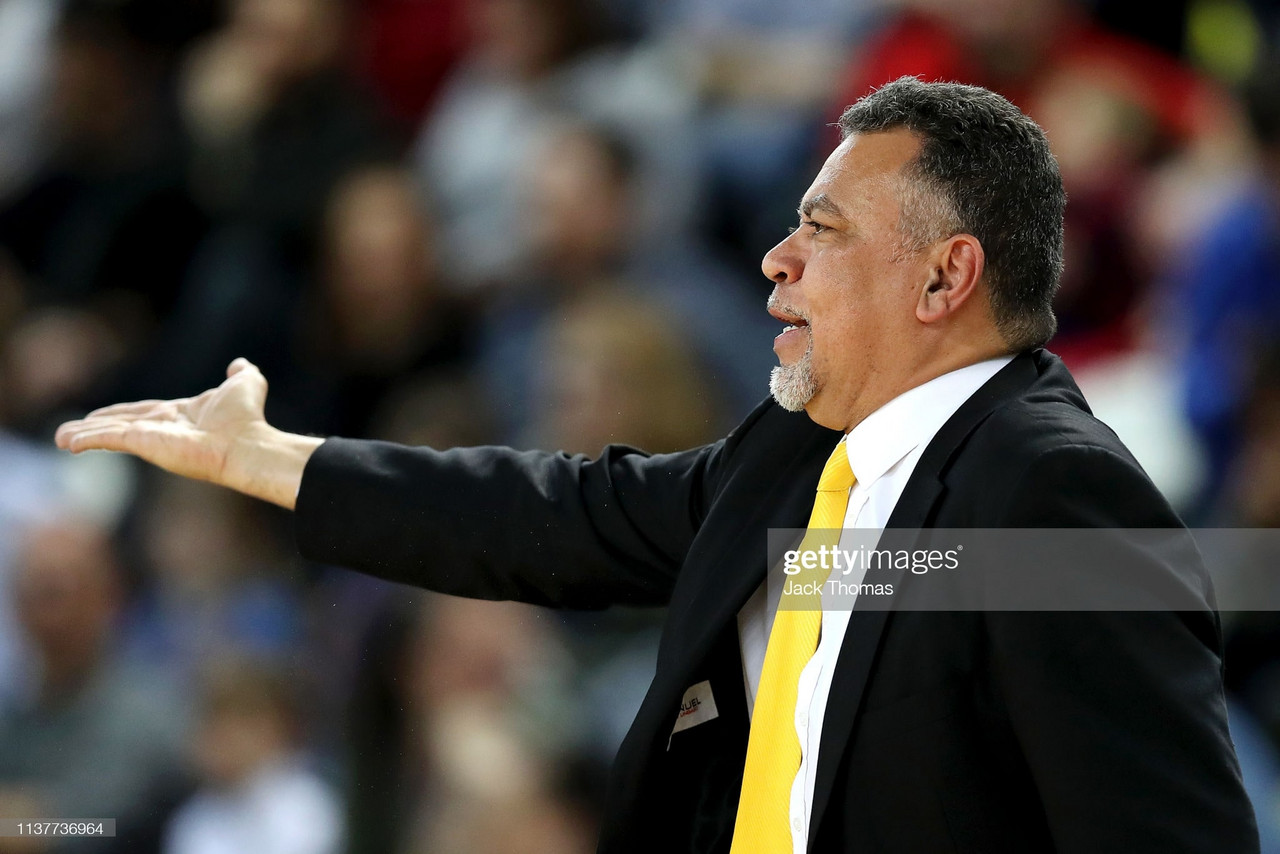 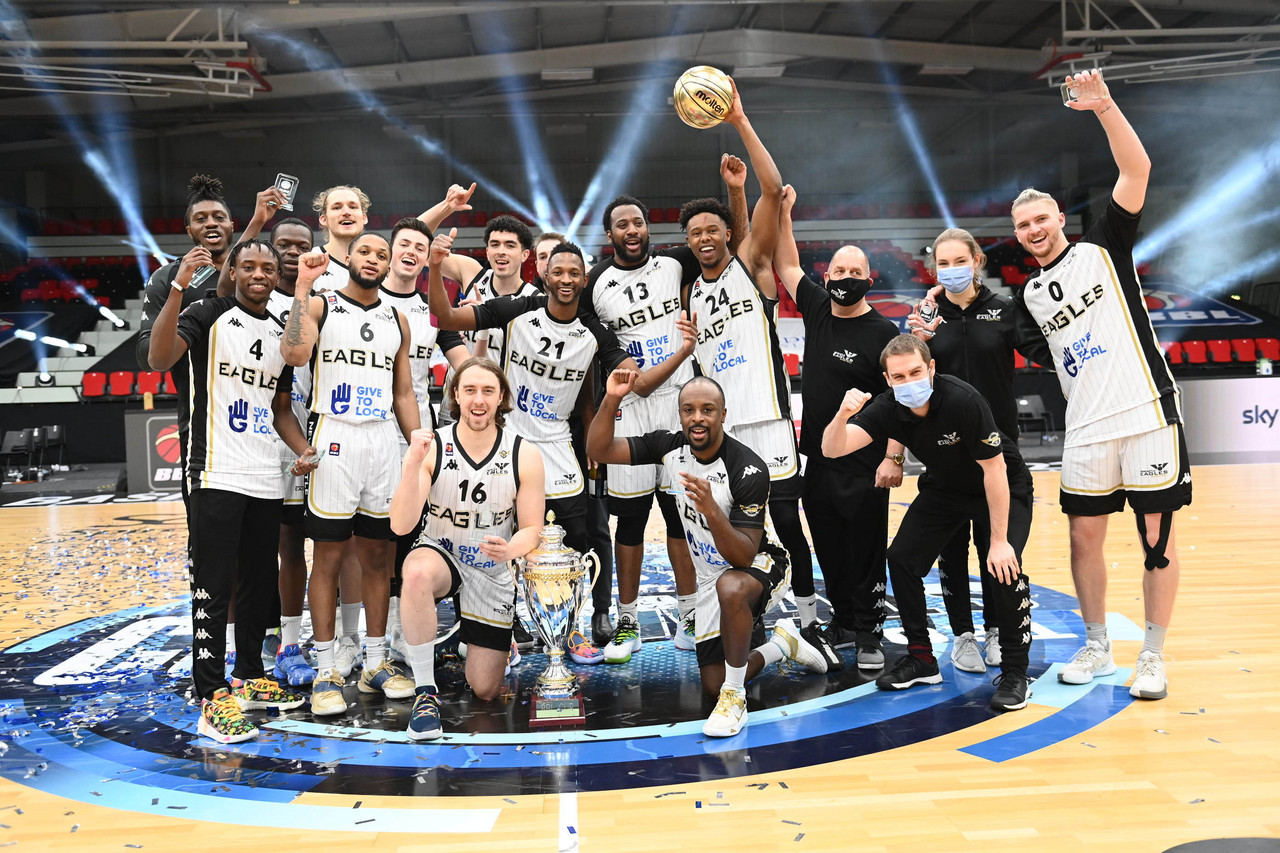 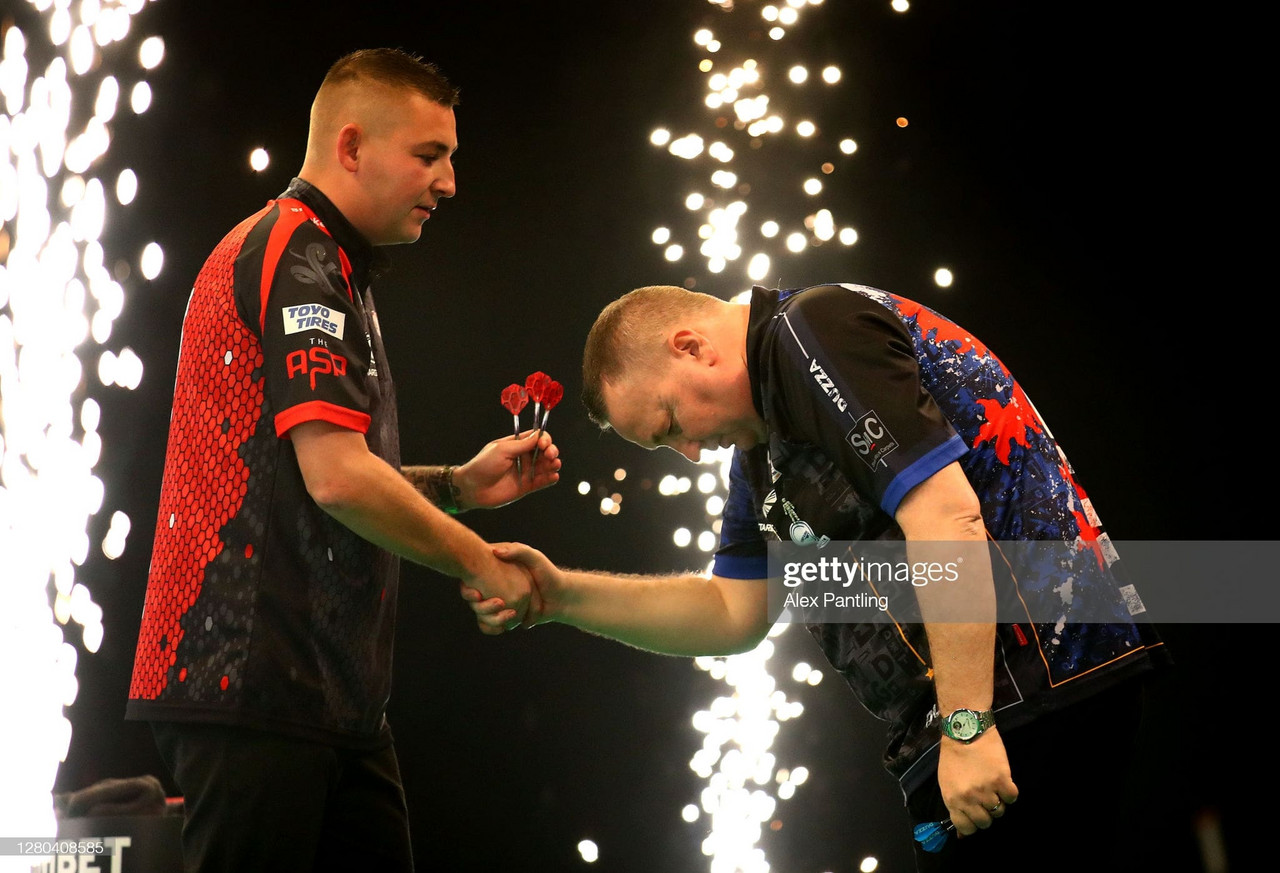 Who should get the final Premier League Darts spot? 10 days ago 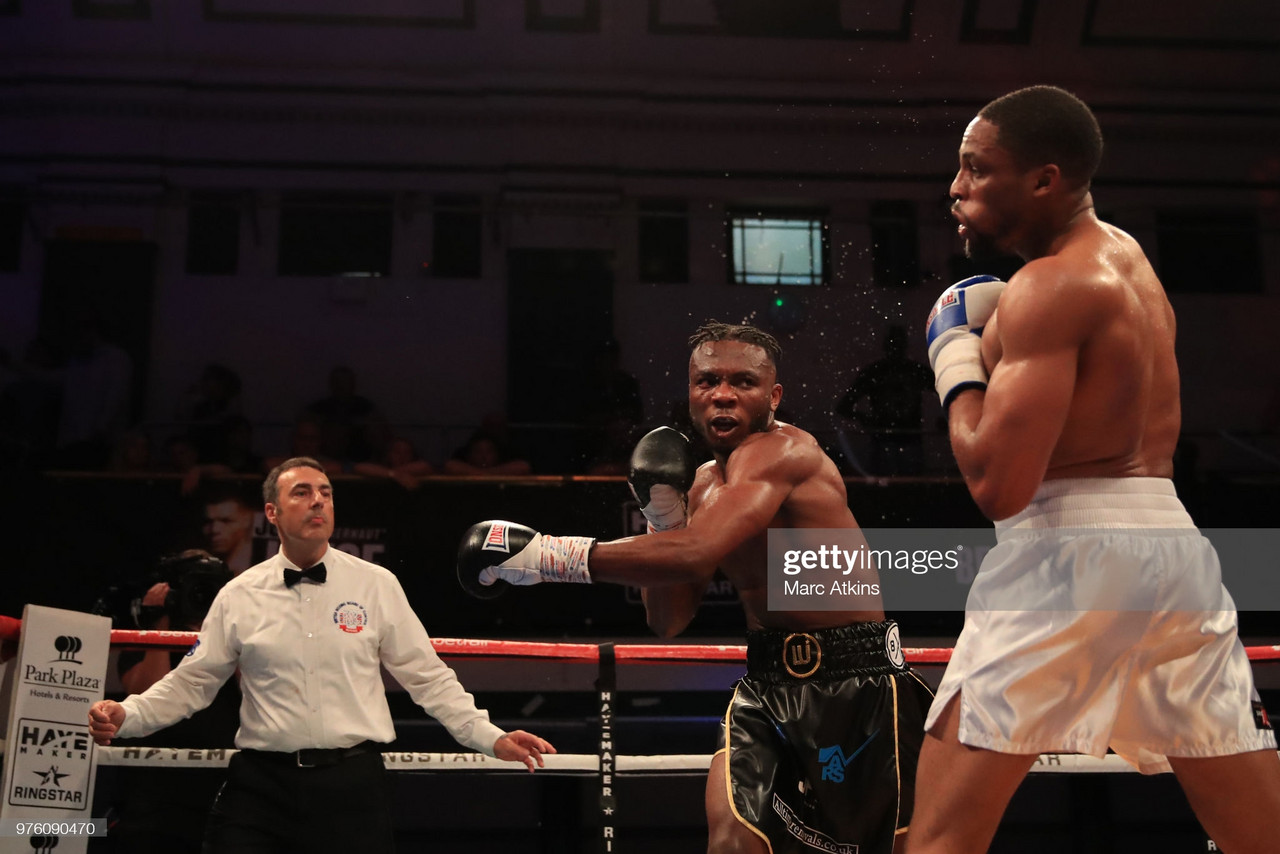 What's next for English Middleweight champion, Linus Udofia&nbsp; 19 days ago 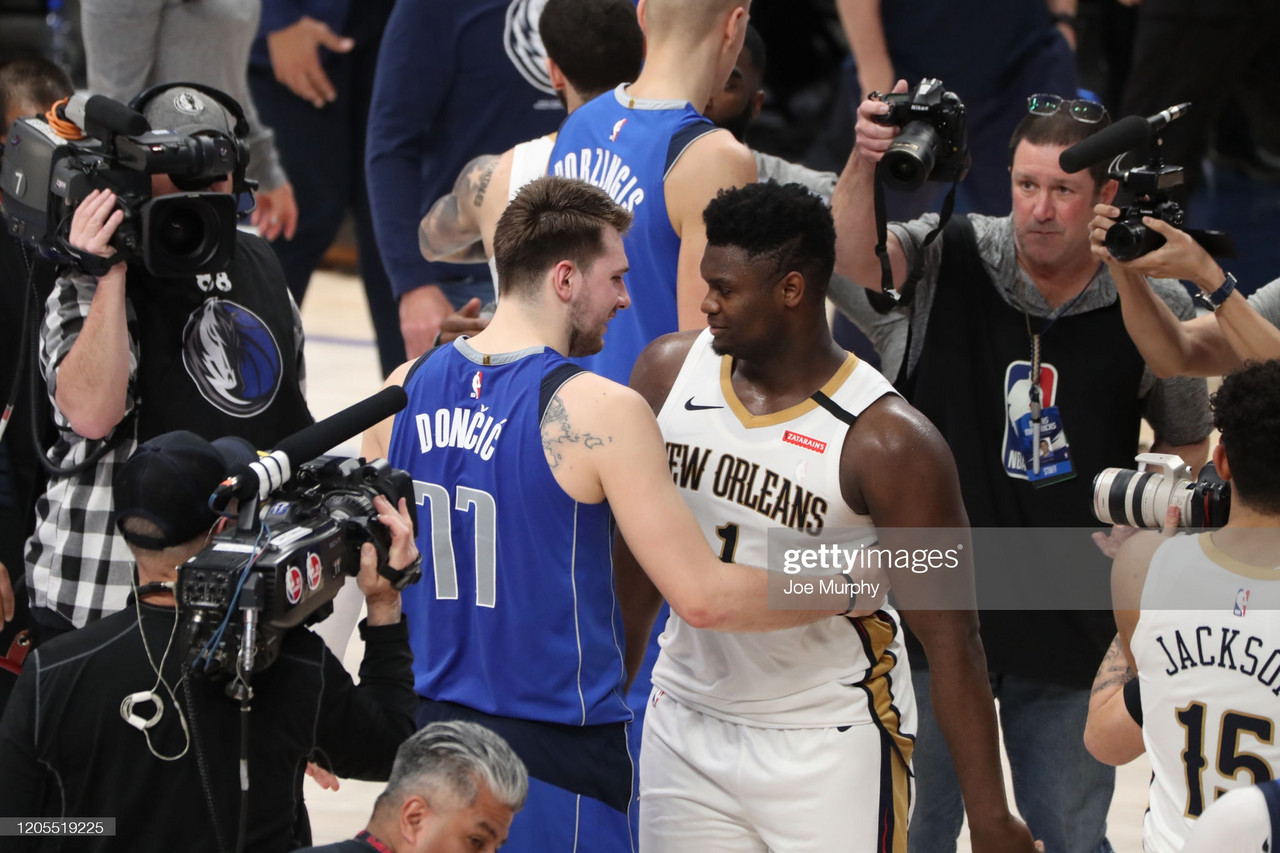 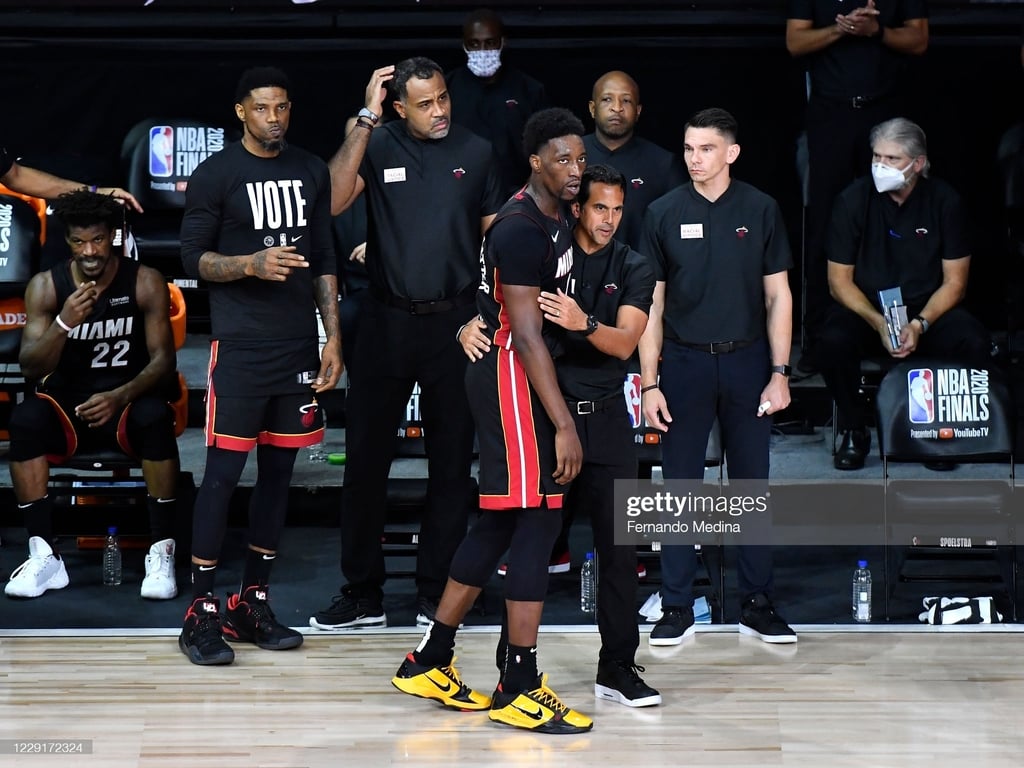 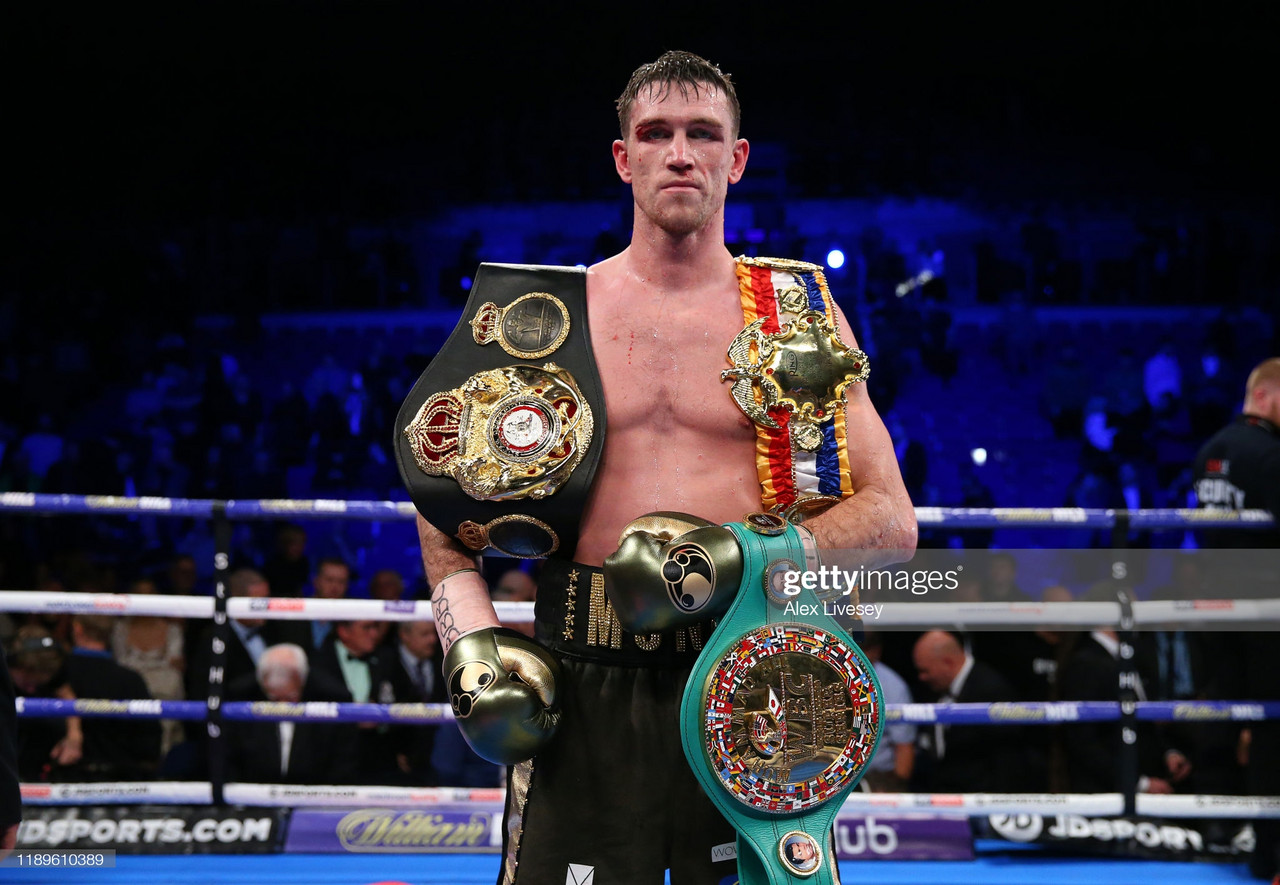 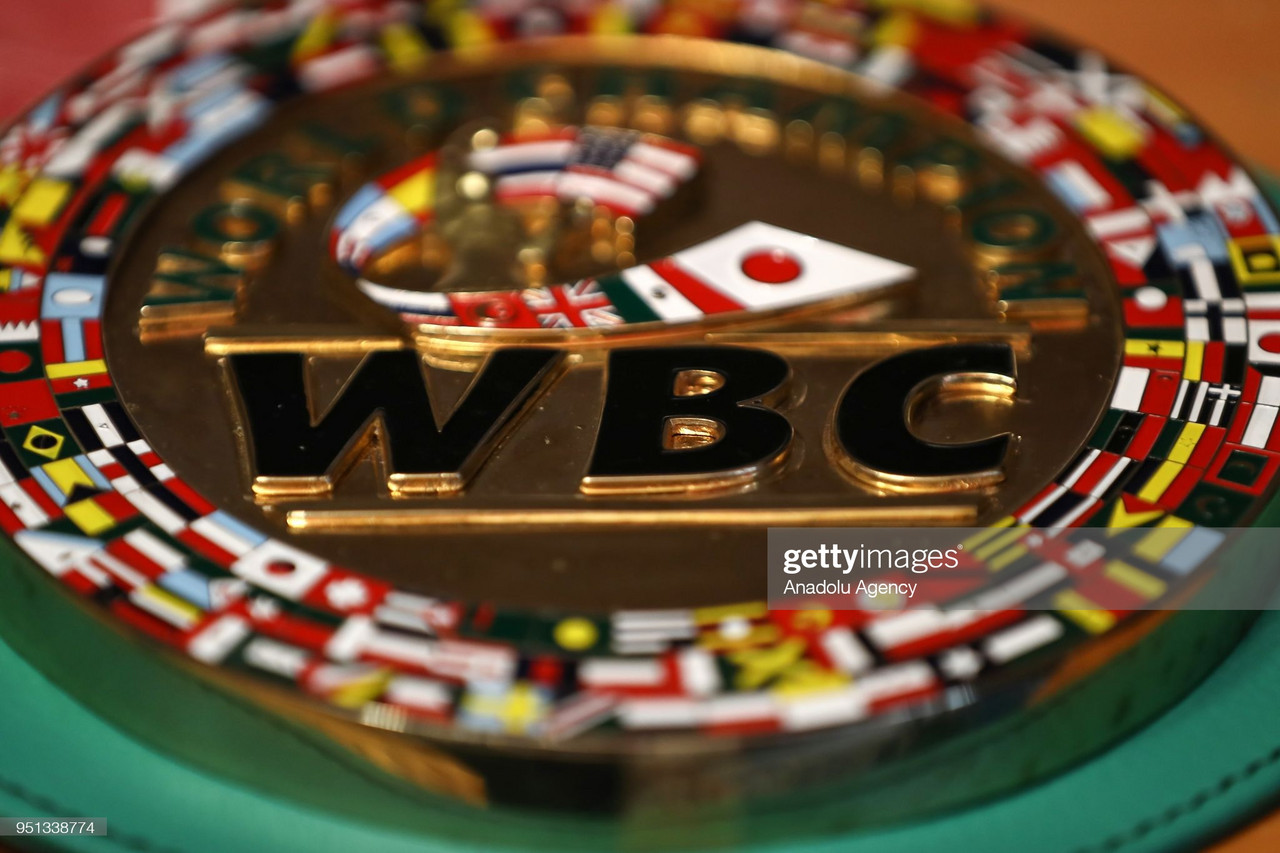 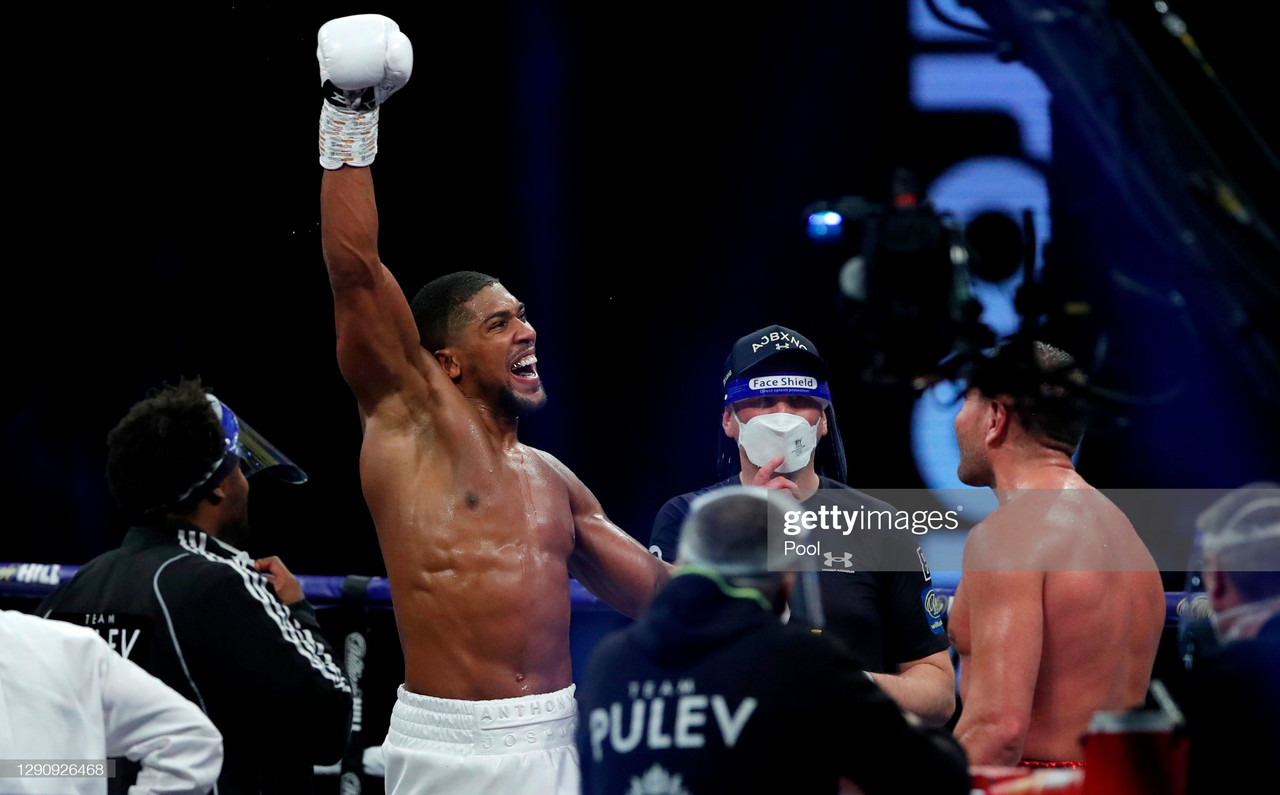 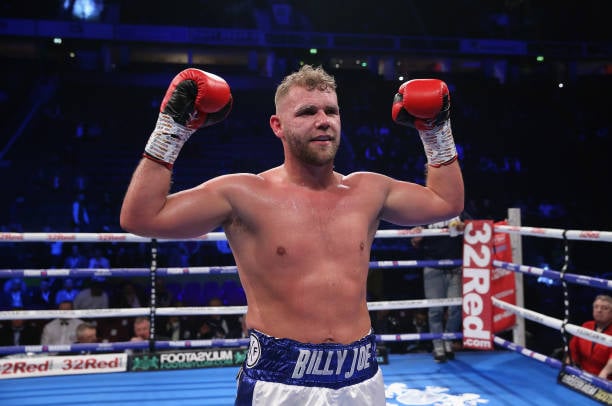 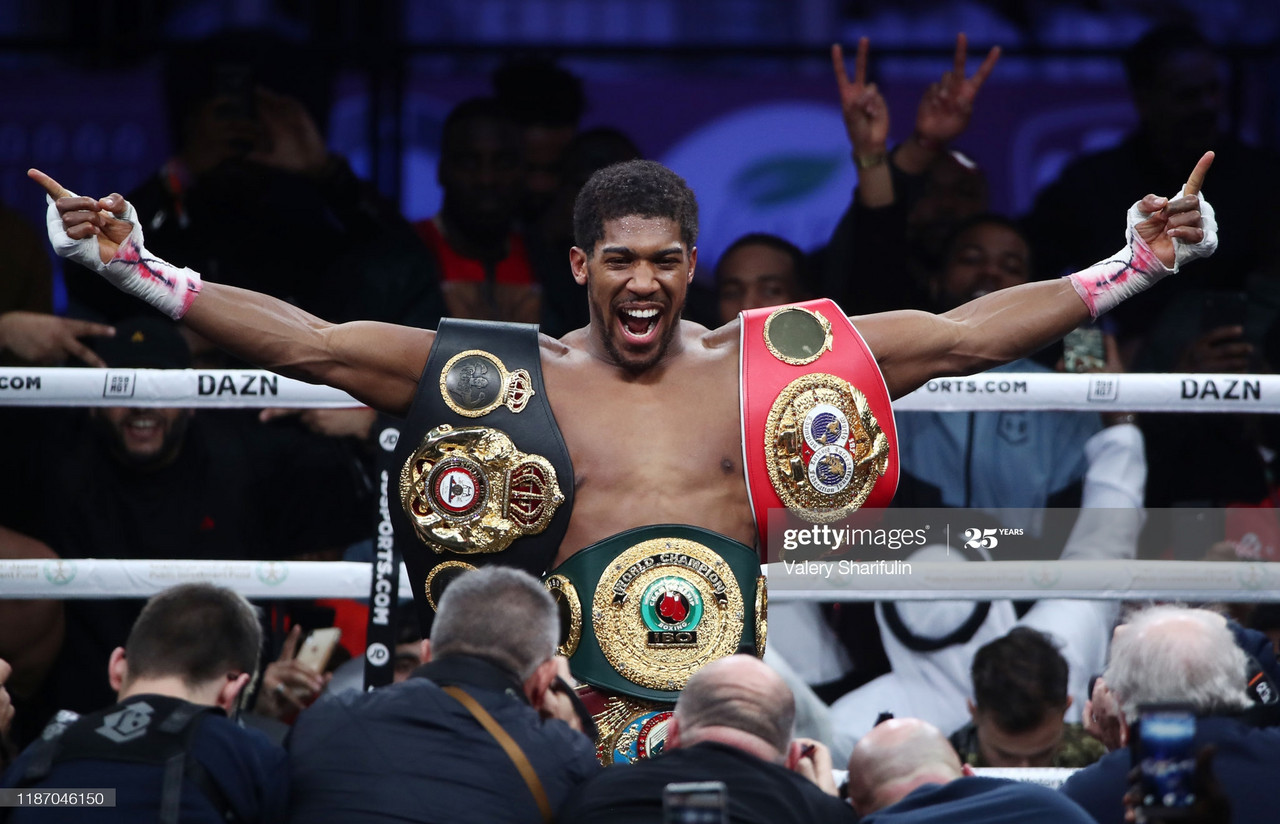