Jorge Lorenzo was again very keen to get out on track at the Ricardo Tormo Circuit as he led the queue of riders waiting at the end of the pit lane, as they waited to get the final Free Practice session ahead of Qualifying underway.

The Movistar Yamaha rider, who is racing for the last time on the M1, is hoping to do well at the season finale in Valencia, as he is moving to the Ducati Team next year.

Changes throughout the whole paddock

His change has caused a whole load more changes in the MotoGP, Moto2 and Moto3 paddock as riders had to make way for him, he had to be replaced, and everyone searched for factory rides. He set out on a mission and quickly set the fastest time of the session, which remained the time to beat for a good while. But before all that happens, the Gran Premio Motul de la Communitat Valenciana has to take place. Free Practice 3 had taken place during cool conditions in the morning of day two of the meeting, but the temperatures had increased in time for the last Free Practice and Qualifying sessions of 2016 to take place.

Pedrosa and Petrucci crash out during FP4

With 20 minutes of the half an hour session remaining, Dani Pedrosa (Repsol Honda), who is returning from injury after a huge highside in Motegi, crashed out at turn 14. As he approached the apex, he was slightly offline and the front tucked causing him to have a low-side and he slid out. Fortunately Pedrosa did not appear to be injured further, and was straight back to his feet, but the bike ended up in the gravel and required work before he returned out on track.

Danilo Petrucci crashed out with less than nine minutes to go during Free Practice 4. As he passed through the chicane and cranked to the right to take on turn 10, the front tucked and he slid out. He was OK and quickly mounted a scooter to receive a lift back to the pits whilst his bike was recovered. Moments later, Yonny Hernandez (Pull & Bear Aspar Ducati) crashed out at the same turn with an almost identical crash. He too appeared unhurt.

As all of this was going on, Marc Marquez (Repsol Honda), the 2016 MotoGP champion put in the fastest lap time of the session of 1:30.906. Lorenzo was in the pits as he did this, but he soon returned to the track.

Less than four minutes of the session remained, when Marquez crashed out of the session at turn six. He had previously completed a long run of consistent lap times when he came off at the left handed corner. He seemed to be slightly off line and when trail braking into the corner tucked the front and slid out; the bike tumbled through the gravel. He was very angry with his incident and decided to take it out on the barrier, kicking it in frustration.

Despite his crash, he still remained the quickest rider during the session ahead of Qualifying. Lorenzo was second and Team Suzuki Ecstar rider Maverick Vinales was third fastest. They were followed by Andrea Iannone (Ducati Team), Valentino Rossi (Movistar Yamaha) and Cal Cruthclow (LCR Honda) as the quickest independent team rider in sixth.

The final Qualifying session of 2016 got underway

For the last time in 2016, MotoGP Qualifying 1 took place on track in Valencia, and immediately riders were pushing hard during the 15 minute session in the hope of finishing in the top two, so that they could be in with a chance with competing for a grid position on the first four rows. Midway through for the session, Eugene Laverty (Pull & Bear Aspar Ducati) crashed out of the fast turn four.

Cal Crutchlow (LCR Honda) appeared to be very frustrated as he returned to the pits; he was so angry and distracted he almost didn’t slow down in time to meet the speed regulations in the pit lane and had to slam on the front brake. He was angry as he had just been completing a fast lap on track, and it was spoiled by the Aprilia Racing Team Gresini riders Stefan Bradl and Alvaro Bautista who were dawdling on the race line. He ended up running wide and had to go off track, he then caught the riders, who are sporting red leathers and livery to support the charity (RED) in Valencia, to tell them off. That is when he returned to the pits.

He calmed down in the pits, where he remained on the bike as he got a drink of water and collected the data he needed. When he returned, the anger seemed to make him more determined and he went out and completed an impressive lap time of 1:30.544, almost a second quicker than anyone else on track with over three minutes remaining, and appeared to be able to go through to Q2. Then, he came across Bradl again on track, who he caught and passed as the German rider (who is completing his last lap as he is returning to World Superbikes), and then returned to the pits ending his session early.

Meanwhile, Octo Pramac Yakhnich Ducati rider Scott Redding, who is competing with his teammate Danilo Petrucci for the Desmosedici GP17, moved up to second on track. He was soon knocked down by Hector Barbera (Avintia Ducati) who slotted in behind Crutchlow. However, them along came Petrucci, who also improved and claimed second. Further down the field, Mika Kallio, who is making the Red Bull KTM Factory Racing Team MotoGP debut in Valencia on the KTM set a fast lap that put him ninth in the standings during Q1, he had three riders behind him.

Bautista crashed out in the final stages of the session end the second day of the meeting for him earlier than planned. He appeared unhurt from the incident which occurred when he ran slightly wide at turn five, touching the white line and the front tucked quickly on the right-hand corner and he was slammed down on the tarmac.

Crutchlow and Petrucci progress through to Qualifying 2

The flag went out to end the final Qualifying 1 session, several riders were able to improve on their own personal best time, however no one was able to come near Crutchlow’s time, and so he and Petrucci had done enough to claim the top two spots, and so they progressed through to Qualifying 2.

Once again, Lorenzo queued at the end of the pit lane keen for the final MotoGP Qualifying session of 2016 to start. Alongside him Iannone and Pedrosa were waiting with him for the go ahead. The lights changed and they headed out, soon to be followed by the remaining nine riders as they battled on track for grid positions for the final time. Lorenzo was the first to get a flying lap underway, Iannone followed him, and Bradl was behind them. Slightly further back Marquez wrestled the Honda around the track.

They clearly meant business; they all wanted that pole position. On his first flying lap, Lorenzo lapped at 1:29.849 smashing the la records on what will be his last Qualifying session as a Movistar Yamaha rider. Marquez crossed the line to complete his first lap in second, and Iannone temporarily completed the front row. Marquez was chasing Iannone and caught him on track; the two appeared to be having a disagreement as they got in each other’s ways. Marquez tried to run Iannone wide as he gestured to him and then went wide himself; they both then returned to the pits.

The riders continued to push after a brief stop in the pits. Amazingly, Lorenzo returned on the M1 and went even quicker again setting a new lap record with a time of 1:29.613. Marquez wanted pole too, and after completing a personal best sector one, he was just 0.001 seconds quicker than Lorenzo through sector two, he continued to push but could only complete a personal best again closing the gap to Lorenzo but not contending with his time.

Crutchlow crashes out at Valencia, as does Espargaro

Unfortunately for Crutchlow with around five minutes of the session remaining, he crashed out at the fast turn 10. The front end tucked and he slid out quick and hard into the gravel. The airbags on his leathers went off, and he immediately got up and ran to the barrier, combat rolled over it, and jumped on the back of a scooter to receive a lift back to the pits. He was back in no time and changed his helmet as his team prepared his bike.

With just two minutes remaining Aleix Espargaro (Team Suzuki Ecstar) went down at the same corner; unfortunately for him he didn’t have enough time to do as Crutchlow did. He wasn’t hurt but his final qualifying session on the Suzuki came to an early end.

A last push from Rossi allowed him to make it on to the front row behind Lorenzo and Marquez. Lorenzo returned from the pits after changing the rear tyre again, and again was hot on the pace improving on his own time by another 0.212 seconds, making his lap time of 1:29.401 another new lap record. Marquez again looked to improve on his time, and was stronger on the two first sectors, but he couldn’t do it.

Lorenzo, the record breaker, claimed pole ahead of the Gran Premio Motul de la Communitat Valenciana, his final race with Movistar Yamaha. What a way to thank a team, than to go out and smash his own record three times before securing pole. Before he came into the session, he held the Circuit lap record with his time of 1:31.367; after Qualifying he managed to reduce that time by an amazing 1.966 seconds. His best lap secured him pole in 2015, his time then was 1:30.011, this year it is 1:29.40; he still smashed it by a fantastic 0.610 seconds.

Despite his efforts, Marquez had to settle for second on the grid; he is sandwiched on the front row between two Movistar Yamaha riders as Valentino Rossi claimed third. What a race we are about to encounter to bring the 2016 MotoGP season to a close. Maverick Vinales (Team Suzuki Ecstar), also looked like he had a chance to have a front row start, his last chance with Suzuki as he will replace Lorenzo at Yamaha next year, but instead he is leading the second row ahead of Andrea Dovizioso (Ducati Team), and Pol Espargaro (Monster Tech 3 Yamaha) as the highest placed independent team rider on the grid.

Will there be a tenth different winner this year?

Iannone will lead the third row ahead and will be joined by Pedrosa and Aleix Espargaro. Both of the Espargaro brothers possibly have the chance to become the 10th different winner of the season; but surely that won’t happen, will it?

Bradley Smith (Monster Tech 3 Yamaha), leads the fourth row ahead of Crutchlow who had o settle for 11th, and Petrucci is 12th. Barbera is 13th on the grid ahead of British rider Redding in 14th and he is joined on row five by Jack Miller (Estrella Galicia 0,0 Marc VDS). Loris Baz (Avintia Ducati) heads the sixth row ahead of Aprilia Racing Team Gresini Team riders Bradl and Bautista in 17th and 18th. Laverty will start his final MotoGP from 19th on the grid. Mika Kallio, who is debuting the factory KTM (and whose wife gave birth a few hours previous), managed to secure 20th on the grid ahead of rookie Tito Rabat (Estrella Galicia 0,0 Marc VDS) and Hernendez who completes the grid in 22nd. 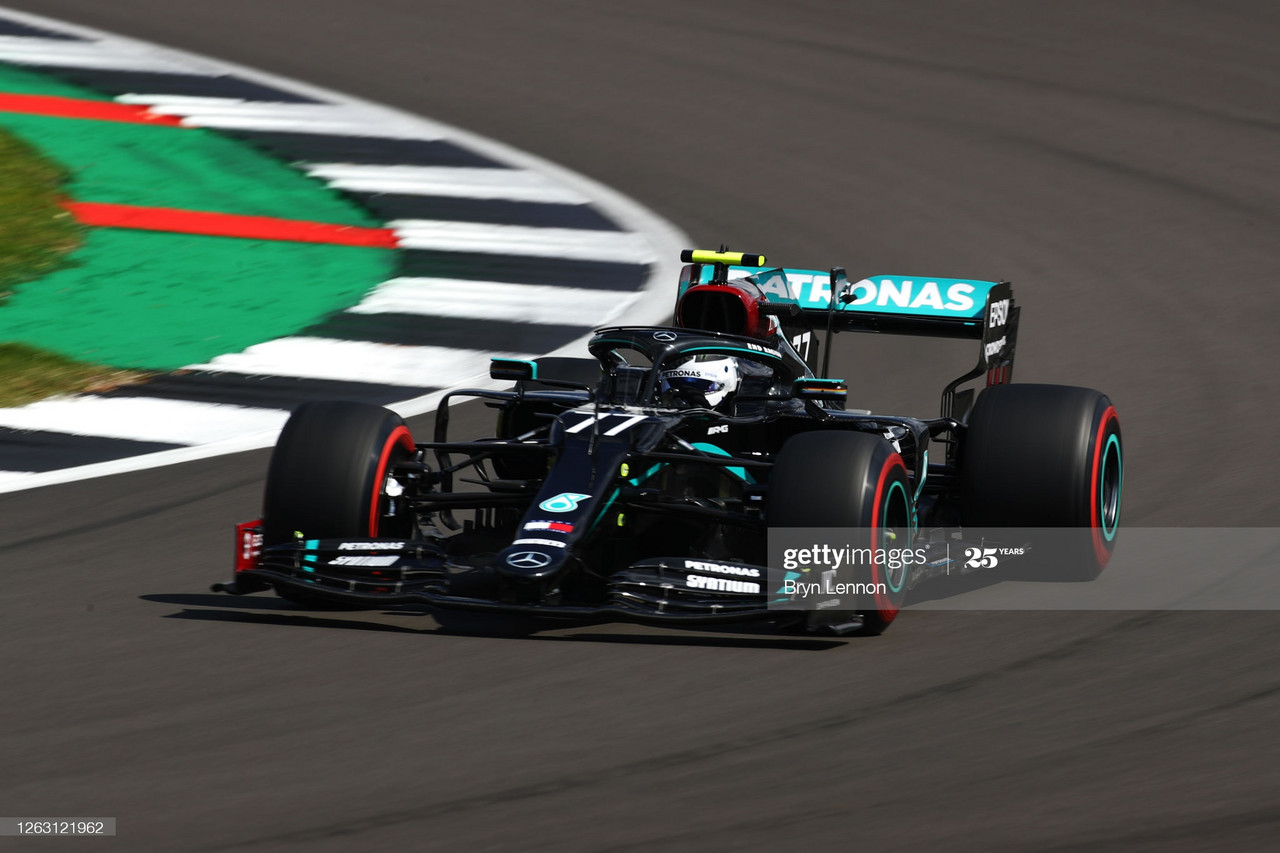 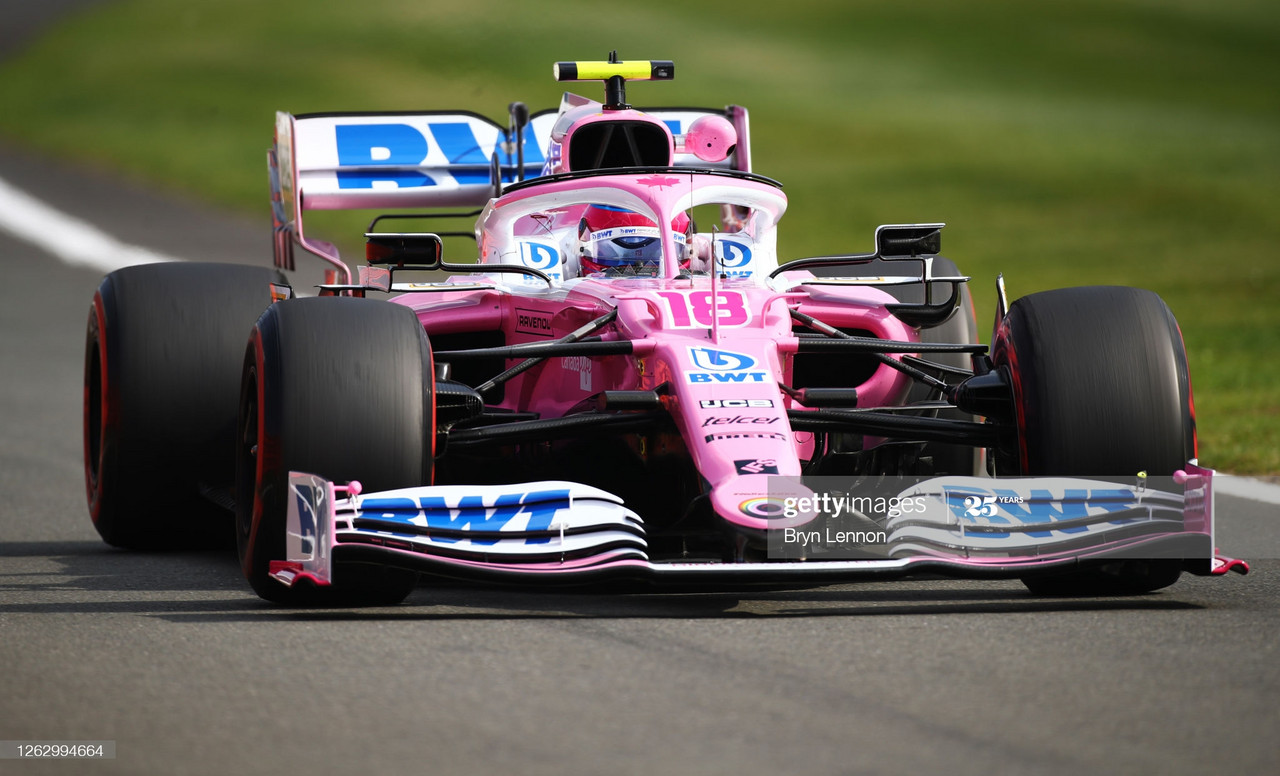 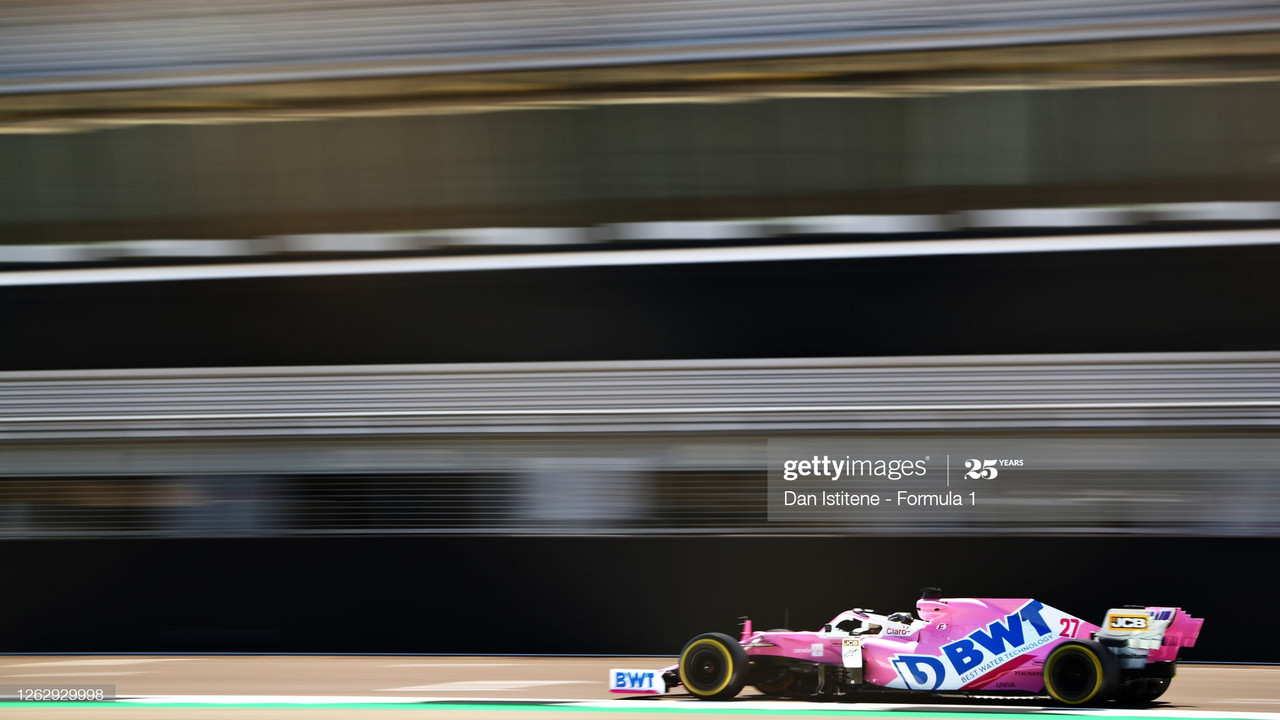 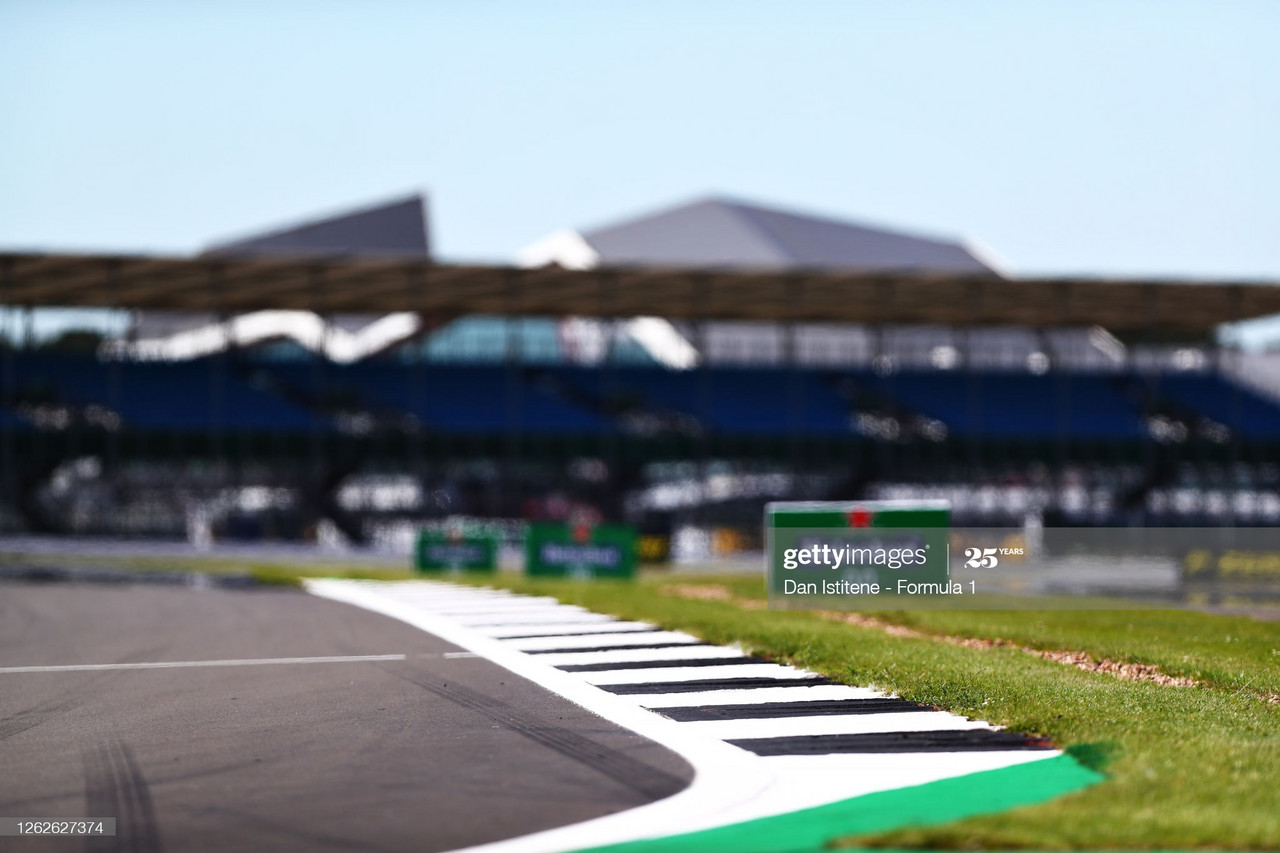 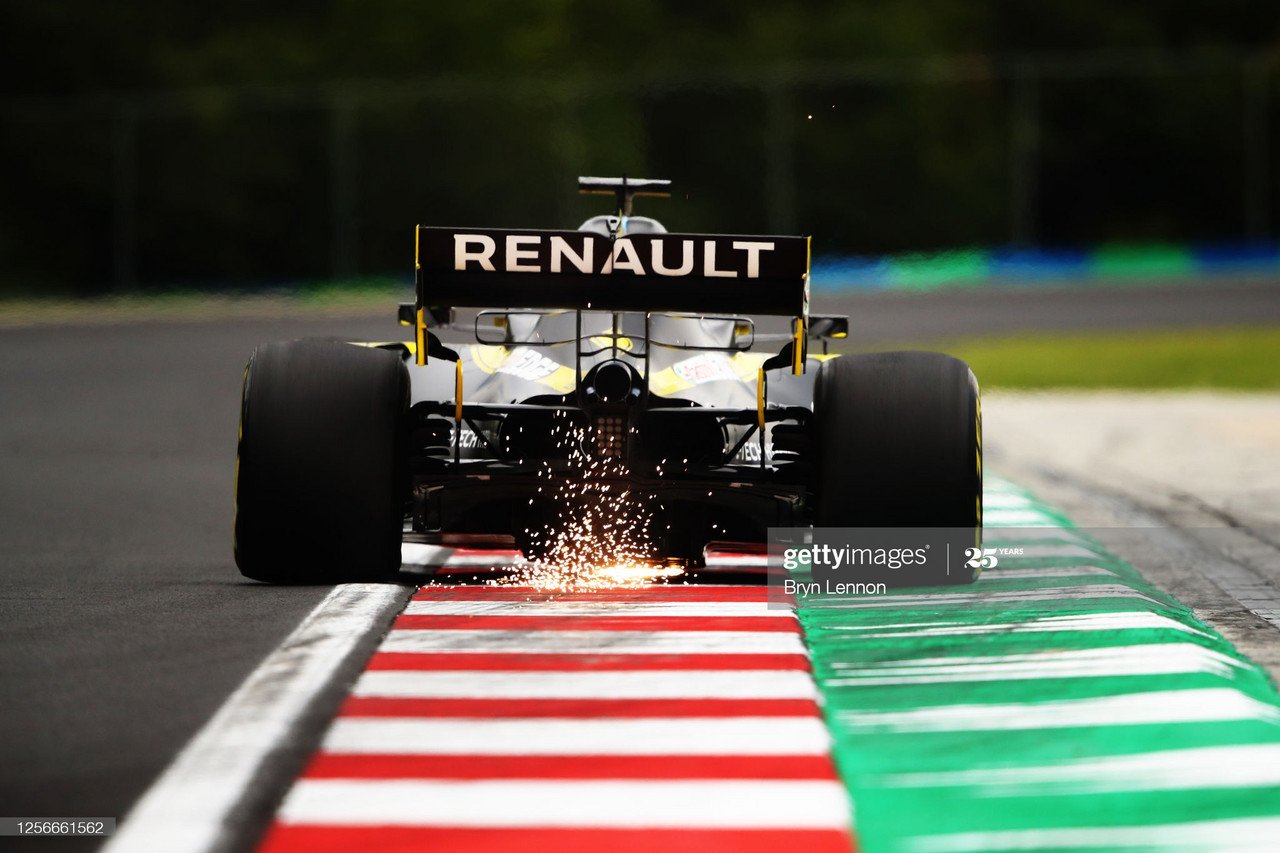