That accolade went to Valtteri Bottas, who hunted down the Brit in the closing laps of the race and pulled off a move on his team-mate to take his first victory in the US.

But Hamilton only needed four-points to take the championship if Bottas won, and he secured 18 with a second-place finish after starting the race in fifth.

It leaves the Mercedes driver as the second most successful driver in F1 and only one championship title behind Michael Schumacher.

Hamilton had a tough task ahead of him after starting behind both Ferrari drivers, Max Verstappen and Bottas, but a good start saw him jump up to third by the end of the first sector.

The Brit managed to overtake Charles Leclerc at the start and swooped round the outside of the second Ferrari of Sebastian Vettel into turn eight.

But Vettel reported he had a large amount of understeer at the start of the race – and retired a few laps later after running over the kerb which caused his suspension to break.

Further ahead, Hamilton started to put pressure on Verstappen, who opted to pit early for hard tyres.

But Bottas quickly closed in on the Brit and soon got back in front as Hamilton started to struggle on tyres that were over 20 laps old.

The Brit opted to pit after he was passed by his team-mate for hard tyres, committing himself to the one stop while Bottas and Verstappen went for two.

It proved to be the better strategy, with both drivers on fresher medium tyres quickly closing back up on Hamilton after pitting for a second time.

Traffic initially helped Hamilton stay ahead, but Bottas on fresher tyres was able to overtake him with just four laps remaining after passing him on the back straight.

Verstappen also started to close, but double yellow flags were waved in a crucial overtaking point for the last two laps after Kevin Magnussen ran into the gravel at the end of the back straight.

It meant for the last sector of the last two laps the Dutchman’s attack was thwarted, and was forced to settle for third after failing to find a way to pass Hamilton.

Ferrari struggled for pace with Leclerc finishing in fourth, while Alexander Albon put in a good drive to finish fifth after making his way through the field after being forced to pit early following contact at the start of the race.

His team-mate Carlos Sainz finished eighth after also being involved in lap one incidents, with Nico Hulkenberg in ninth and Daniil Kvyat rounding off the points in tenth.

Though the Toro Rosso driver looks set to face a penalty after last lap contact, similiarly to that in the previous race at Mexico. 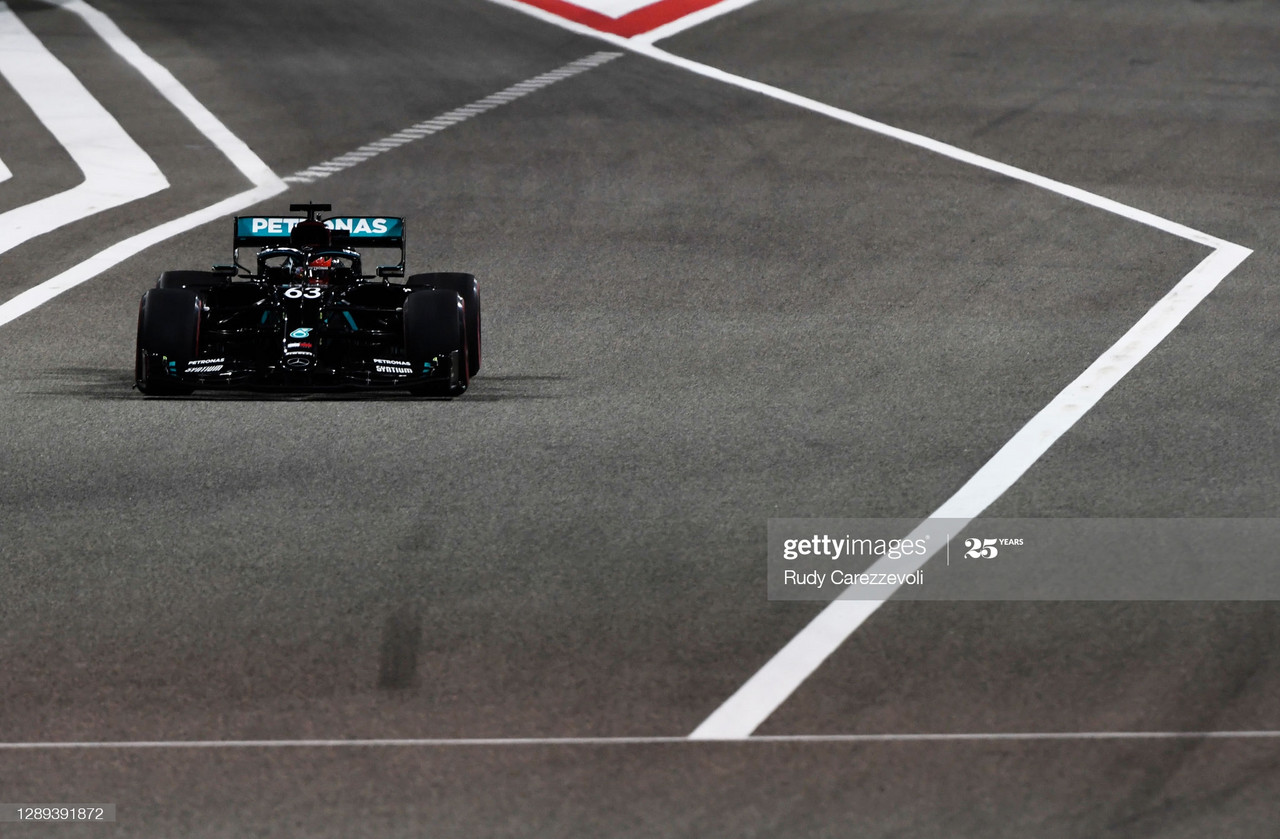