It was Pierre Gasly who took a shock win this weekend at Monza, in the first Italian based gp of the three this year, and during the race there was plenty to talk about. Here we take a look at how each driver got on.

Coming into the weekend it looked like another straight forward drive for the Brit, however one rookie error would cost him a sure win. Up until coming into the closed pitlane, he had developed a ten second gap over the McLaren in second and looked set to run away with it.

It wasn't a great drive from the Finn. Issues started from the get go, with a lack off the grid and an early tangle with Lando Norris, spelled a very lackluster race. He was passed by Norris, Sergio Perez and Daniel Ricciardo by the end of the lap. The large majority of his challengers bowed out of the race, which should have opened the door for a Bottas win.

By Verstappen's standards it was an extremely quiet race, lingering towards the back end of the top ten for the majority of the race. Both Red Bull cars seemed to lack pace from the get go in FP1 on Friday morning, but given Verstappen's ruthless nature and overtaking prowess, you would have expected him to make something of today. Finished the race in the pits in order to help save the car.

Just like his teammate, Alexander Albon really struggled during the race. He spent the first corner of the race tangling with eventual race winner Pierre Gasly and never really seemed to get anywhere after that. Given that this time last year Gasly had just been ousted from Red Bull for a poor run of form, it isnt looking good for Albon heading into the next few rounds.

The only downside in the eyes of the Spaniard coming out of the race will be that he didn't manage to secure the win. However getting past the Mercedes of Bottas on the first lap, and keeping Gasly honest to the end are both things that Sainz should be proud about. He didn't put a foot wrong all weekend and after a tough start to the campaign, he will be glad to get his second podium in the space of a year.

With all the events of this race going on it would be hard to overlook what Norris achieved this weekend. Overtaking Bottas on the first lap and maintaining third place until the restart was a pretty good start to the race. However having the ability to defend against the mighty Mercedes and finishing above Bottas in fourth place has really cemented Norris's ability as a driver and not just a good guy.

Much like Verstappen, you would have expected Sergio Perez to capitalize on the misfortune of his fellow racers with his 'In your face' style of driving, however he seemed to lack pace. The Mexican started the race in the top five, but struggled from the get go, seeing his teammate not only overtake him, but finish in the final podium position.

It was Lance Stroll's first podium since Azerbaijan back in 2017 with Williams. However the Canadian played the game today and won. He didn't pull off any spectacular moves or anything, he was just in the right place at the right time, and when it came time to defend from Norris later in the race, he did just that. A solid weekend.

One of the drivers who got stuck in the DRS train caused by Sergio Perez, it was a lackluster race in comparison to last time out in Belgium for the Aussie. Both Renaults still scored good points, however if you want to compare to last weekend its just not as good. He still qualified well, however was caught up in the chaos of the pitstops after the initial safety car.

Similarly to his teammate, Ocon was somewhat stuck in the midfield pack and didn't really have too many battles to face. He still finished inside the points, however again, just like his teammate, he wasn't close to the benchmark set in Belgium.

This weekend may go down as one of the worst weekends of Sebastian Vettel's entire career. Starting in 17th and then retiring from the race very early on, at an Italian track, racing for an institution as Italian as Monza itself, it wasn't a good look. The fact that the German was defending from the Williams of George Russell when his breaks failed really added to the misery.

To see Charles Leclerc get out of the car unscathed was great, following a heavy impact into the tyre walls at Parabolica. Before the red flag he was well in the top ten, but continued to struggle for power, much like Belgium.

Following one of the worst 18 months of any young F1 drivers career, no one deserved a shock win more than Pierre Gasly. His team, unknowingly, played a tactical masterclass bring him in when they did, and when it came time for Gasly to defend later on in the race, he did a great job.

When compared to his teammate, its not been a great weekend for the Russian. He lingered around the back end of the top ten, for the first half of the race with teammate Gasly. However after the restart he was just inside the points and thats where he would end up staying for the rest of the race, finishing in ninth position.

At his peak in the race Kimi was in 3rd place during the red flag restart. This was more out of luck than judgement and after swiftly losing positions in the following laps, he would fall ten places and finish the race in 13th position.

Giovinazzi's home race was, in all honesty was a bit of a shambles. Despite being high up the order following the restart, the Italian had the same issue as Hamilton, in that he had also entered the pitlane whilst it was closed, as a result he was the final finisher, by quite some way.

The one crumb of comfort that Romain Grosjean will have coming out of this weekend is that he was the highest placed, Ferrari powered finisher in the race. A 12th place finish for the Frenchman isn't a bad result given the issues that they have had this year, albeit it may be more because of luck that talent, but i don't think they will mind too much.

Magnussen's only real contribution to the race was bringing out the first safety car that resulted in Hamilton coming into the pits, however, other than that, it was business as usual for the Dane, further down the grid.

'Mr Saturday' as he has been crowned by the pundits, had a slightly off weekend in comparison to his regular standards. The young Brit got caught up in traffic during Qualifying on Saturday and didn't get up to much during the race on Sunday. He hassled the Ferrari of Vettel early on in the race but faded soon afterwards.

The Canadian managed to secure an 11th place finish for Williams, in what was the families last race in the sport. It was Latifi's best result in F1 so far and spelled a good end to Claire and Frank's tenure in F1.

Tuscan GP Preview - How and where to watch&nbsp;14 days ago 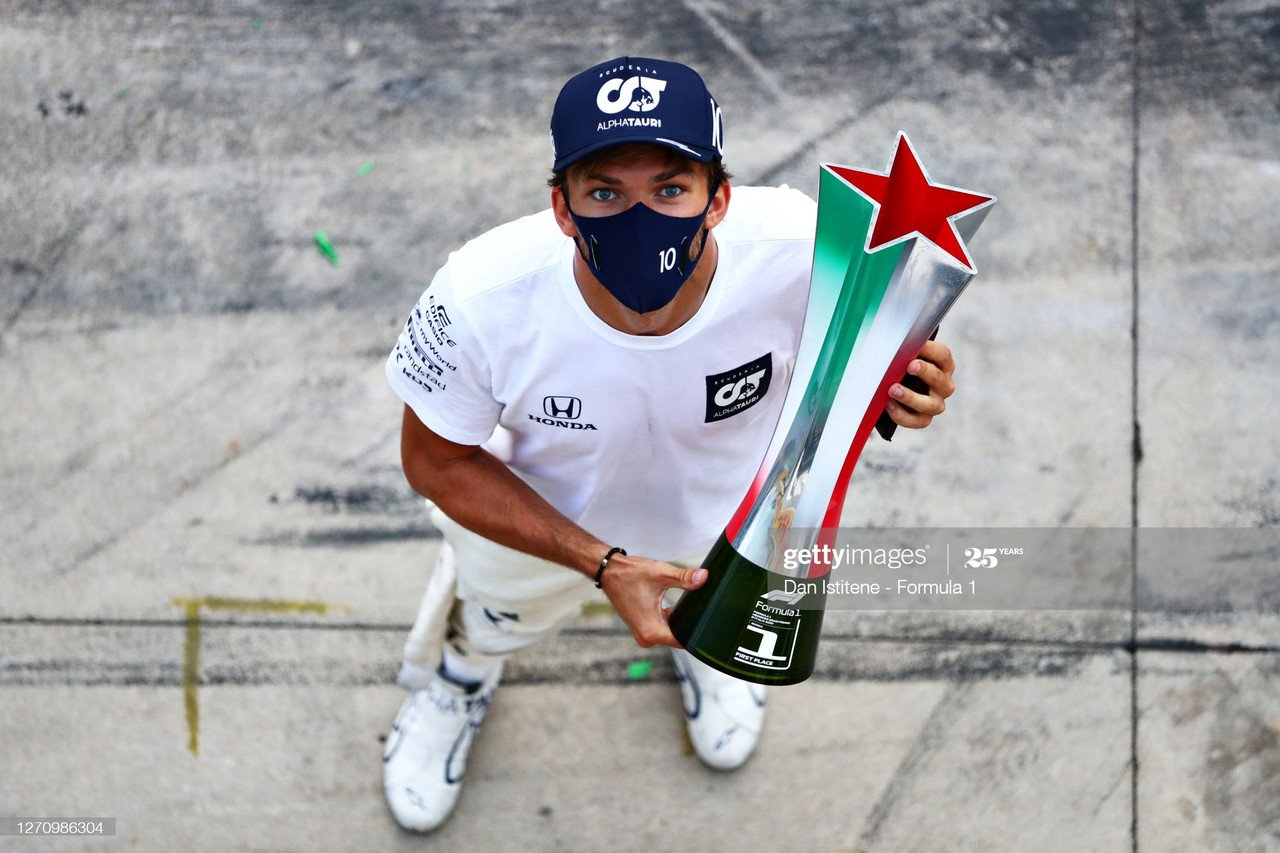 Valtteri Bottas has the edge after FP3 in Monza20 days ago
Restore your password
Please enter your user name or email.
Login Member or Writer Panel
Enjoy your own Customized Newspaperwith VAVEL topics' carousels!