One minute, NBA fans from across the country packed into a small NCAA gym are cheering for Derrick Rose as he plays in his first public game since suffering a second horrible knee injury 8 months ago.

The next minute, their turning their heads, covering their eyes in disgust as they watched Paul George, an all-star and first team All-NBA selection, suffer a gruesome knee injury that could affect his career forever.

The following picture is not for the queasy, so please take caution: 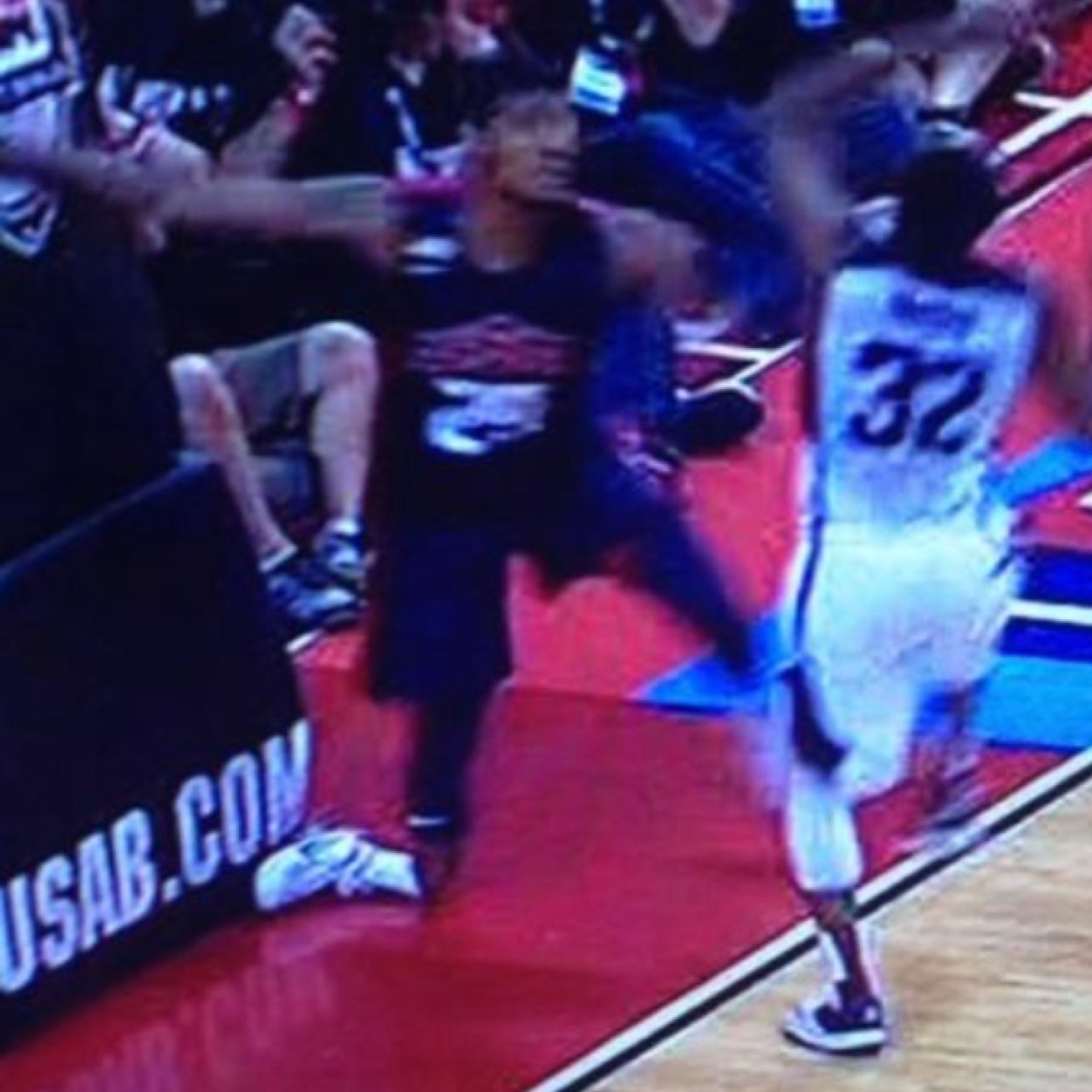 Paul George, a supreme 23-year old talent, was attempting a chase down block on James Harden from behind. George landed awkwardly, and his leg got stuck between the post and the floor. Immediately, everyone from the players to fans watching at home were sick to their stomach.

Both teams remained silent, covered their faces with their towels, and offered their prayers for George and his recovery.

The scrimmage was ended after George was carted off the court and rushed to the hospital.

This is a huge blow for not only Team USA and the Indiana Pacers, but for the NBA at large. This will be a long recovery for one of the best young stars in the league, and we may not see him on a basketball court during the upcoming 2014-2015 season.

Team USA director Jerry Colangelo says the team will not make any roster decisions for a while, with their attention focused on Paul George for the time being.

VAVEL USA would like to wish Paul George a speedy and full recovery.

Which players should the Boston Celtics target using their trade exception this offseason? a day ago