As March Madness comes to a close, the players looking to play in the NBA are starting to declare for the NBA draft. Here is how the latest way the draft's first round could finish. 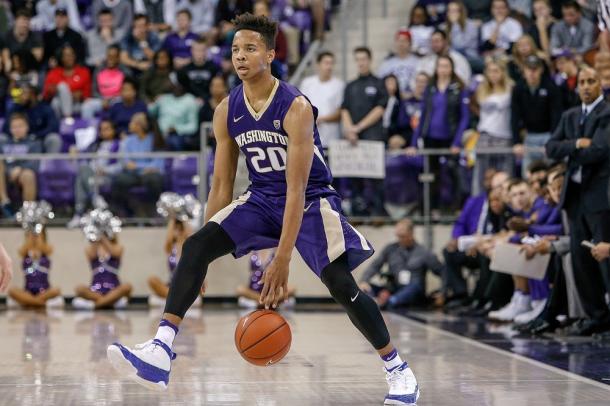 Although the Celtics already have one of the best point guards in the league, Isaiah Thomas, they will look to add depth to the position by drafting Fultz, a dynamic point guard who can shoot, rebound, and assist.

With D’Angelo Russell starting to groove in the NBA and Jordan Clarkson also providing the Lakers with valuable minutes, they will draft an electric point guard, Lonzo Ball. One of the best players in all of college basketball, Ball will have a lot to do with the Laker’s future success.

With Devin Booker leading the team in points and Eric Bledsoe leading the team in assists, it is safe to say they have a solid backcourt. The Suns will add freshman star, Josh Jackson, a player who really proved himself throughout his first year. The pick will make the Suns a very well rounded scoring team. 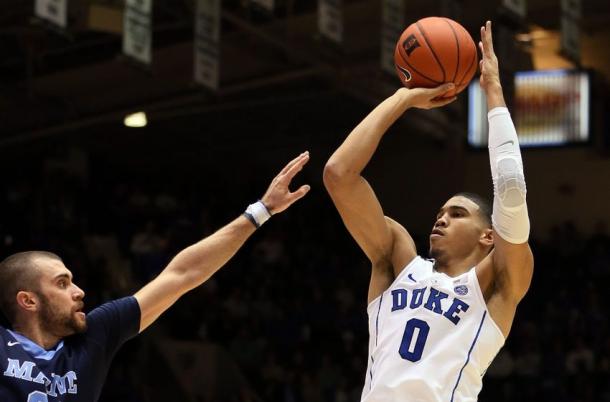 The Magic already have a very strong front court with Serge Ibaka and Nikola Vucevic, they will look to add freshman phenom Jayson Tatum. Tatum would dramatically improve the team’s frontcourt by providing quality rookie minutes and making an immediate impact.

Fox really showed how good of a player he really is against a good UCLA team. He will provide strong play as the team’s point guard and complement rookie Buddy Hield very nicely. 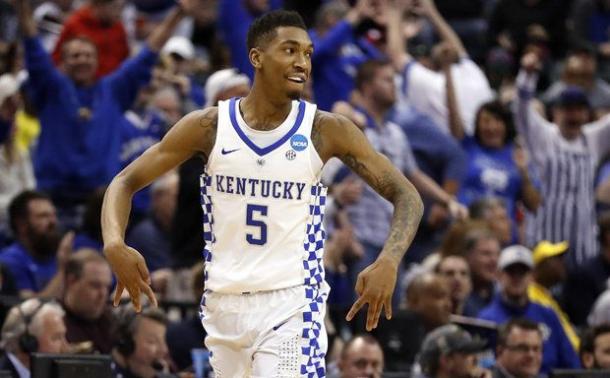 The Knicks team has struggled for the past few seasons and although they have the talent to be a contender, they haven’t been able to bring it all together. Malik Monk will be able to add scoring and stingy defense to a Knicks team still trying to find it’s identity.

Despite T.J. McConnell providing quality starting time for the Sixers this season, he is far from their franchise point guard. By drafting Dennis Smith, the Sixers starting lineup could potentially be one of the most well-rounded in the league with big rebounders who can score, shooters, and players with good vision and passing ability.

One of the most well-rounded players in the draft, Jonathan Isaac is a steal for the Wolves at No. 8. With the ability to get to the basket and rebound, he provides Minnesota will important depth at small forward.

After losing Demarcus Cousins, the Kings lost a big man who is a lockdown defender and can also drive to the basket. Drafting Markkanen will fill some of these holes as the young freshman will make an immediate impact.

As Harrison Barnes continues to play well for Dallas and Dirk being surprisingly consistent for his age, the Mavericks will look to add a pass first point guard in Frank Ntilikina. 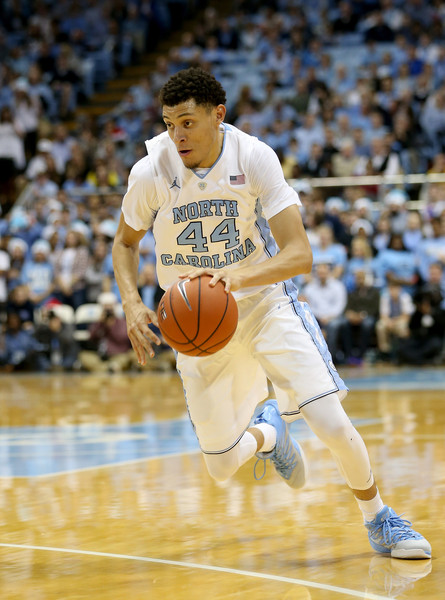 The ACC player of the year will be able to do great things alongside Kemba Walker, Jackson is a really good shooter and has the ability to run the floor like a point guard.

Already with arguably the best backcourt in the NBA, the Trail Blazers could use a SF/PF type of player to round out their lineup.

One of the most athletic players in the draft, Ferguson would add much-needed depth to the shooting guard position in Detroit.

The Bulls are in desperate need of a defensive big man who has a high work ethic and can crash the offensive boards creating second chance points.

Dragic and Whiteside have been playing well for Miami but they are missing another big man that can grab defensive boards and also be a post presence, look for them to take Collins who almost averaged a double-double every game.

The Nuggets are going looking to find another small forward that can provide valuable minutes off the bench. 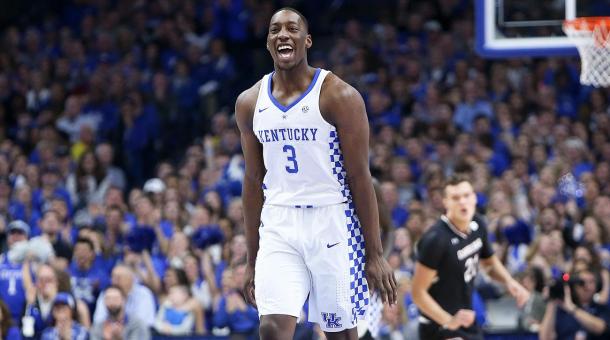 Adebayo played very solid minutes for Kentucky throughout this season and will continue his dominant play style in the pros playing alongside Myles Turner.

The Hawks are in desperate need of a good defending big man that can also score the ball. In order to fill this hole, they will select Ivan Rabb who has shown his ability to both score and defend.

Another team that needs to add a versatile big man, the Bucks will look to add Justin Patton, a player who adds size and surprising speed to their roster.

After potentially drafting SF Miles Bridges from MSU, the Blazers will look to add depth to their frontcourt by adding freshman standout, T.J. Leaf.

Mitchell can potentially provide quality minutes for the Thunder as a rookie and eventually blossom into one of the better shooting guards in the league, he is a very good shooter and can also rebound well.

Lydon would most likely play more of a power forward role for the Raptors as DeMar DeRozan dominates most of those minutes but look for him to adjust nicely and start playing a big role.

After potentially drafting Jayson Tatum, the Magic will secure their future in the small forward position by drafting another high risk-high reward player in Kurucs. 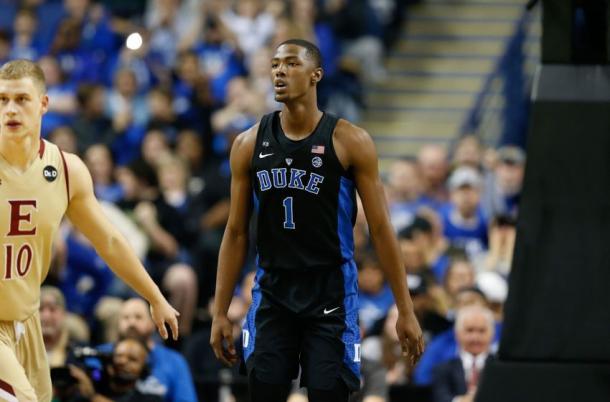 Giles has one of the highest ceilings in this draft class, he will likely take a few years to develop but after adjusting to the speed and physicality, he will become a dominant big in the league.

With the Nets still recovering from their trade with the Celtics, they’ll look to lock in their future guards with back to back picks, Evans played well in his two college years averaging around 17 points throughout.

A player that is a top three shooter in the draft, the Nets steal Luke Kennard with the 26th pick.

Probably the most dominant big in the tournament, Swanigan really showed how much he could play when all the cameras were on him. It will be a while before he adjusted to the pace of play but eventually, he will play big minutes for the Blazers.

The Lakers are in need of a player like Hartenstein because of his ability to play big in the post and also hit shots from beyond the arc.

One of the biggest players in the draft, Pasencniks will play good minutes for a Spurs team that lacks a strong big man.

Another dynamic power forward in this draft class, Bell has proven all NBA scouts he can play in the league with his quality performances in the tournament.

James Agrees Contract Extension With Lakers a day ago

Doncic Excited For Campazzo's Arrival to The League 2 days ago

Van Gundy Ready For Next Season 2 days ago

Jackson Re-Signs With Clippers 2 days ago

Walker to Miss Start of The Season 2 days ago
Restore your password
Please enter your user name or email.
Login Member or Writer Panel
Enjoy your own Customized Newspaperwith VAVEL topics' carousels!