11:42 PM2 years ago
We thank you for joining VAVEL for this match.

The Cavaliers will look for their eighth national title!
11:40 PM2 years ago

Chol with another cross, but Shutler cuts it before it could create any more danger.
11:39 PM2 years ago

Chol finds space inside the box and heads the ball. Shutler dives and sends it to corner kick!
11:38 PM2 years ago

Possible foul inside the box from Afamefuna, but the referee says play on!
11:32 PM2 years ago

Wake Forest goes into attacking mode. They start leaving some space in the back as they look to equalize this match.
11:29 PM2 years ago

Dike tries a powerful cross, but none of his teammates is able to get to it and score.
11:28 PM2 years ago

Lapa shoots. Shutler dives in the right direction, but is unable to get it out!
11:27 PM2 years ago

Chol gets fouled from behind inside the box. Wake Forest will have a chance to get back into the game!
11:24 PM2 years ago

Molcomb shoots looking for the far post. Shutler has to dive to keep the danger away.
11:23 PM2 years ago

DeShields attempts a header, but it's not a good one and the ball is straight at Shutler.
11:17 PM2 years ago

Shot by Lapa, but the play was dead as the ball had left the endline before it was passed to him.
11:13 PM2 years ago

Bell attempts a shot, but it's just over the crossbar.
11:10 PM2 years ago

Parente looks for a through ball, but the wet pitch makes it impossible for any of his teammates to reach it.
11:06 PM2 years ago

Lapa with a shot looking for the far post, but his attempt is just wide!
11:01 PM2 years ago

Chol cuts inside again and finds enough space to shoot, but he's unable to put power on it and the ball is easily held by the keeper.
10:55 PM2 years ago

Chol cuts inside and strikes with his left. The ball is easily handled by Shutler.
10:52 PM2 years ago

Halsey attempts a new shot, but it's blocked by the defense.
10:48 PM2 years ago

First shot of the second half by Lapa. The ball is straight at Shutler's position.
10:45 PM2 years ago

We're underway with the last 45 minutes of this semifinal match between Virginia and Wake Forest.

The winner goes on to play against Georgetown with the national title on the line.

Bobby Muuss on what he's seen so far!

We go to the break with lead for Virginia. Wake Forest had a very strong start, however they were unable to defend against Dike who scored twiced.
10:25 PM2 years ago

Lapa makes a run towards goal, but he's too slow to make a decision and he's dispossessed by the defender.
10:23 PM2 years ago

Dike again recieves inside the box, he turns around to shoot, but Benalcazar is there to make a good sliding tackle!
10:19 PM2 years ago

Daryl Dike gets a head on it to put Virginia up 2-0 in the first!#CollegeCup | @UVAMenSoccer pic.twitter.com/bbTRIpjFFP

Dike's first goal of the evening

Lapa attempts taking another free-kick, but this time the ball ends up on the deffensive wall.
10:11 PM2 years ago

Wake Forest tries to make a comeback. The Deacs were in control of the game, but Dike's goals cooled down their offensive efforts.
10:05 PM2 years ago

Corner kick for Virginia. Dike uses his strength to find space and puts the 2-0 with a header.
10:00 PM2 years ago

Long ball that finds Dike. The striker hits a powerful shot to the near post to put Virginia in front!
9:57 PM2 years ago

Free-kick from Halland looking for the top corner, but Shutler gets fingertips on it.
9:55 PM2 years ago

Wake Forest argues for a foul inside Virginia's box. Molcomb is unable to shoot in that play due to a sliding tackle, but the ref doesn't see a penalty!
9:51 PM2 years ago

Corner kick for Wake Forest. The cross is defective and the chance is wasted.
9:47 PM2 years ago

Shoot from Bruno Lapa. The ball is blocked before it can reach the target and the danger is gone.
9:42 PM2 years ago

First approximation by Wake Forest. Chol with a pass for Harris, but he's unable to finish it!
9:41 PM2 years ago

We're underway with the first half of Virgina vs Wake Forest for a spot in the College Cup Final.
9:33 PM2 years ago

Everything set for kick off!

We're ready for the second semifinal of the 2019 NCAA Men's Cup!

UVA are ready for the match!


9:20 PM2 years ago
While Wake Forest's head coach Bobby Muuss is 12-4 in the NCAA tournament, it is the Cavaliers the only team to be able beat him in the College Cup.

Can they defeat him again?

Wake Forest runs out to a very wet pitch

Deacs take the game field for the first time! pic.twitter.com/dJ0Ya6AfHQ

A very pragmatic Georgetown side defeated Stanford with a 2-0 scoreline to earn a spot in the final.

The winner of our match will go on to to the championship game to be played on Sundat at 6:00pm ET.

8:59 PM2 years ago
Virginia’s previous two College Cup titles (2009, 2014) were won at WakeMed Soccer Park. Virginia has kept a clean sheet in both of their past College Cup participations.
8:54 PM2 years ago 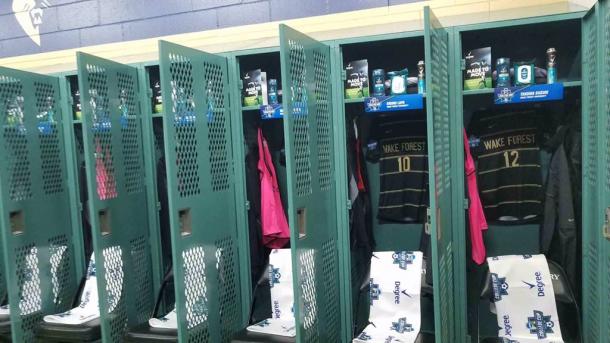 Virginia are the top team in college soccer when it comes to keeping opponents out of their net.

They’ve only allowed nine goals this year. The keeper Colin Shutler and his 15 cleen sheets have been very influential in this statistic.

Bruno Lapa will be key for Wake Forest

The senior player has six game-winners in 2019. This is the most of any player participating at the College Cup.
8:44 PM2 years ago

The Hoos published this video to preview the match

The Deacs are at the stadium now!

At the moment, Georgetown is winning the other semifinal

As the first semifinal match is being played, rain continues to be a constant.

For our game, we can expect precipitation and a very fast pitch with all the humidity.

We're all set to bring you the best action of this College Cup Semifinal Match between Virginia and Wake Forest.
1:19 PM2 years ago
Do not miss a detail of the match with the live updates and commentaries of VAVEL. Follow along with us all the details, commentaries, analysis and lineups for this Virginia vs Wake Forest match.

With just over 100 miles separating Spry Stadium from Sahlen’s Stadium, the Demon Deacons are the closest team to Cary geographically.
1:16 PM2 years ago

Virginia was awarded the top seed after maneuvering through a 10-bid ACC with one loss. The Cavs are the first No. 1 seed to reach the College Cup since North Carolina won the national championship in 2011.

WakeMed Soccer Park is ready for the action! 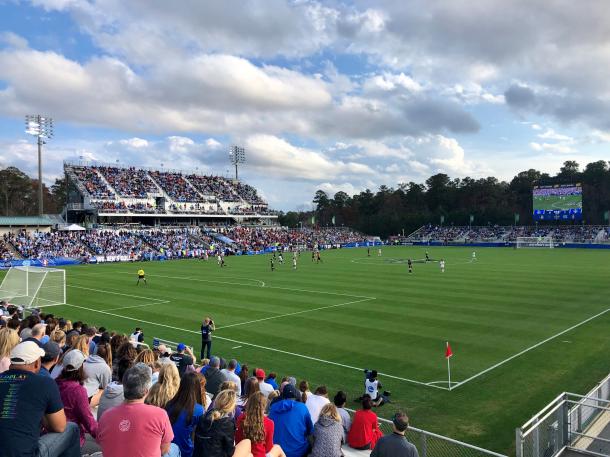 Players from all four semifinalists speak on what the College Cup means!

As the players prepare to take the field, they reflect on their teams' journeys to the #CollegeCup. pic.twitter.com/IBlYnEoogU

How to watch Virginia vs Wake Forest Live TV and Stream

If you want to watch the game on TV, tune in to ESPN U.

If you want to directly stream it: ESPN's streaming services.

Johnston's lonely goal against UC Santa Barbara was enough to give Wake Forest a semifinal ticket.

The Cavaliers overcame a very difficult fixture against the SMU Mustags at home to earn a spot int the semifinals.

The found themselves up early in the game, but the game ended up being tied after regular time.  In the 5th minute of over time, Bell gave them the win with a golden goal.

Deacs enjoying the sights of Raleigh on a morning jog to get ready for tonight 🎩🎄⚽️ #GoDeacs pic.twitter.com/vsWaEUm3OT

Players and coaches spoke last night ahead of this huge weekend!

12:51 PM2 years ago
The Virginia vs Wake Forest match will be played at the WakeMed Soccer Park, in Cary, North Carolina. The kick-off is scheduled at 8:30pm ET. 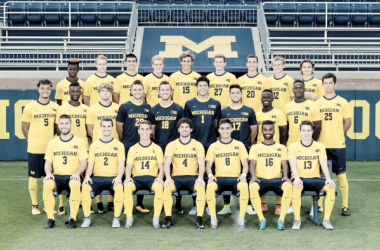