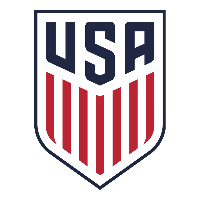 The United States Men’s National Team came back twice against Iceland to win 3-2 on a cold, rainy and windy Sunday at the StubHub Center.

The substitutes provided the spark that led the United States to the comeback victory against Iceland.

Substitute defender Steve Birnbaum headed in the winning goal in the 90th minute of the match after a delightful service from captain Michael Bradley. Birnbaum jumped into the air and headed the ball into the back of the net to give the Americans the 3-2 victory and send the American Outlaws into raptures. It was a bit of a fairytale moment for Birnbaum in only his second cap. The 25-year-old defender was also involved in the second goal for the United States.

However, the United States did not start the game on the right foot, as they conceded a goal in the 13th minute. At the start of the match it seemed the Yanks were going to score first, as they began the game on the front foot. However, their first couple of chances ended in goal kicks for Iceland.

The European nation was struggling to find their footing in the match. However, a defensive lapse allowed Iceland midfielder Kristinn Steindorsson ample time and an opportunity to score. He pounced on a loose ball in the box before an American was able to react and hammered the ball.

American goalkeeper Luis Robles was left helpless to stop the shot after it deflected off Michael Orozco, and the side bound for the European Championships this summer found themselves in the lead.

Good response from the United States

After conceding the goal, the USMNT responded by bombarding the Icelandic defense. The Yanks created eight chances in the first half. Their midfield was hogging the ball; Bradley and Jermaine Jones were suffocating the Europeans' offense. Iceland was only able to take two shots in the first half, but they did manage to score on one of their chances.

The United States began to create scoring opportunities, and managed to take one in the 20th minute when a delightful through ball from Bradley picked out Jozy Altidore. The Toronto FC striker made no mistake, and put the USMNT back on level terms. Is was the 26-year-old's 32nd goal for the national team in his 10th year playing for the USMNT.

After the USMT tied the match, they continued to put pressure on Iceland. Yet, they couldn't seem to get another shot on target. The Iceland goalkeeper himself only made one save in the match, and it was his defense that kept bumping and frustrating the American attack as long as they were able to.

Iceland pull back in front

The second half began tied, but Iceland quickly changed that. It only took the European nation three minutes after the restart to score their second goal. Iceland midfielder Aron Sigurdarson capitalized on the United States complaining about a call they believed the referee got wrong. He thus had a relatively free run at the American backline.

He was confronted by two U.S. players once he entered the left hand side of the box, but wasted no time and fired the ball into upper right hand corner to recapture the lead for the Scandinavians at 2-1. When the shot rippled the net, the StubHub Center went silent and the USMNT were starting to look frustrated.

Iceland began to play more physical with the Americans, particularly with Altidore. They fouled the 26-year-old striker four times in the match. However, the United States kept on pushing and finally broke through in the 59th minute.

The play started with one of the Yanks' eight corners in the match. It had appeared that Iceland had cleared the danger out of the box by heading the ball from the danger area, but the ball fell to Altidore. He controlled the loose ball and sent a curling pass right to the head of Birnbaum. The D.C. United defender redirected the ball with his head to the far post, where Orozco was on hand to cushion a header into the back of the net.

The U.S. attack kept pushing for the third goal as they produced 16 shots. However, it was clear that their offense was starting to lose some venom. U.S. head coach Jurgen Klinsmann made the decision to bring in four subs as the game carried on.

First he brought in Darlington Nagbe for Ethan Finlay in the 61st minute. Then Tony Tchani replaced Jones in the 71st minute. Those two subs help the Americans dominate the midfield again after the starters had begun to lose their legs. The big difference came in the 75th minute, when Jerome Kiesewetter and Jordan Morris were brought into the game for Zardes and Altidore. Right away, their pace kept Iceland back on their heels as they created shots and ran at defenders at will till the game ended.

In fact, the game winning goal came from Nagbe setting up Kiesewetter with a run at a defender. The 22-year-old striker, who was earning his first senior cap, showed no nerves as he burned the defender and forced him to foul him. That foul set up Birnbaum’s game winner.

The United States will now have to move on and prepare for their next game on Friday when they take on Canada.

Seattle Sounders vs Portland Timbers Preview: &nbsp;Battle in the Pacific Northwest 7 hours ago