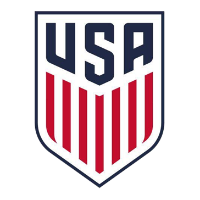 As the beginning of a new cycle, the United States Women’s National Team started a new era in Utah on Wednesday night. They faced the Switzerland Women’s National Team in front of a crowd of about 12,000. Going into the match with 11 uncapped players, head coach Jill Ellis gave five of them an opportunity to represent their country. In the end of a particularly fun match, the USWNT came out with the 4-0 win and have plenty of bright and promising players going forward.

First half full of chances

Starting from kickoff, the crowd already saw new faces being integrated into the USWNT. Chicago Red Stars player Casey Short and Stanford standout Andi Sullivan were found in the starting XI for their first appearance. Furthermore, Ellis experimented with a formation of 3-5-2 placing Portland Thorns midfielder Allie Long at center back, a position Long has never actually played in before. The lineup suggested a more attacking-minded style of play for the USWNT, and that’s exactly how it went.

Only minutes in, forward Crystal Dunn was testing the keeper and backline. In one of her early attacks, Dunn was able to link up with Lindsey Horan, who bent her shot towards the far post only to have it swatted away by Switzerland’s keeper. The USWNT only made it harder for Switzerland for the rest of the half, with plenty of chances coming from players Carli Lloyd, Morgan Brian and even newcomer Casey Short getting into the mix. The young Sullivan impressed many in her first appearance for the full team, looking extremely composed and comfortable as she held together the midfield. Despite their numerous chances, the USWNT just wasn’t able to put one away. They entered the half still scoreless after 45 minutes of play.

Second half full of action for USWNT

When the teams returned to the field for the second half, Christen Press checked into the match and so did NWSL Champion and Golden Boot winner Lynn Williams, making this her first appearance for the USWNT. Williams proved exactly why she was there only seconds into the match, punishing Switzerland’s defense by stealing the ball for a breakaway and beating the keeper give the United States their first goal of the game. From there, the USWNT just couldn’t be stopped. They were constantly created opportunities and when they didn’t have the ball, there was immediately pressure on Switzerland.

In the 61st minute, Crystal Dunn’s shot was blocked, but she picked up her head to find a wide open Tobin Heath who found the back of the net with ease. Only eight minutes later, Kelley O’Hara found Press in the box, who finished it one time right into the goal to get the USWNT up 3-0. To add on to the list of new caps, Western New York Flash's Abby Dahlkemper - who started every match for the Flash this season - was subbed on for Allie Long in the 72nd minute, and BYU forward Ashley Hatch - who leads the nation in goals for college soccer - checked in for Heath in the 76th.

The opportunities just kept coming for the United States, who were playing with a new sense of freedom and creativity, and midfielder Sam Mewis sealed the deal within a minute of being subbed on, heading Press’s cross into the corner of the net in the 76th. Switzerland was unable to come away with any real threats, giving goalkeeper Alyssa Naeher a shutout.

What’s next for USWNT

With five players newly capped, the USWNT will travel to Minneapolis on Sunday, October 23 and face Switzerland again. Kick off is at 12:45 pm Central Time and will be aired on Fox Sports 1.

After a lengthy search, the NWSL names Lisa Baird as Commissionera year ago