In a game that Barcelona dominated for 70 minutes, Atletico held on and turned it around to reach the Super Cup Final against Real Madrid.
3:54 PMa year ago

Piqué attempts a header, but it's just over the crossbar!
3:51 PMa year ago

Neto with an amazing stop to a shot by Llorente!
3:50 PMa year ago

De Jong is replaced by Ansu Fati.
3:48 PMa year ago

Correa puts Atletico in front! The Argentine player strikes and despite Neto's and Roberto's best efforts to stop the ball, it hits the back of the net!
3:46 PMa year ago

Busquets is out. Rakitic comes onto the pitch!
3:46 PMa year ago

The Atletico players argue for a handball inside the box from Piqué.

The ref communicates with the men in charge of VAR, but it seems that they do not see enough evidence to call a penalty kick.
3:43 PMa year ago

Morata finishes it from the penalty spot and equalizes the game!
3:43 PMa year ago

Vitolo goes one on one with the keeper. Neto trips him and the foul is conceded. The Brazilian keeper sees the yellow card too.
3:39 PMa year ago

Clear chance for Correa as he is left one one one against Neto, but the assistant referee raises his flag to signal for the offside.
3:37 PMa year ago

Yellow card for Vidal after a strong challenge on Vitolo.
3:37 PMa year ago

The referee sees offside from Arturo Vidal in the play and the goal won't count. We're still 2-1 in this semifinal match.
3:36 PMa year ago

Arturo Vidal assists Piqué in a set pieces play and the defender finishes it!
3:34 PMa year ago

A few seconds into the game, Llorente sees the yellow card for fouling Messi.
3:33 PMa year ago

Llorente will take Koke's place on the pitch. The captain seems to be injured.
3:30 PMa year ago

The Messi-Oblak duel continues. The keeper stops a first time shot by the Argentine superstar.
3:29 PMa year ago

Lodi leaves his place for Vitolo
3:27 PMa year ago

Messi looks for the top right corner but his attempt is just wide from the post.
3:25 PMa year ago

Felipe is carded for a foul from behind on Luis Suarez.
3:24 PMa year ago

Griezmann finally makes it 2-1 after Oblak gave a rebound to a header by Suarez.

The Frenchman gets to the ball before any of the defenders could react and heads it in.
3:22 PMa year ago

The referee sees there's a handball from Messi as he controlled the ball.

Messi finds the rebound just outside the box, dribbles to allow himself some spaces and finishes it with a classy low shot!
3:17 PMa year ago

Griezmann attempts a chipped shot. Oblak stretches to stop the ball from going in!
3:15 PMa year ago

Messi goes for goal again. Oblak needs to do his best effort to stop the Argentine from scoring again.
3:13 PMa year ago

Messi fights for the ball inside the box and shoots with his right to equalize the game!
3:10 PMa year ago

With just over a minute of being on the pitch, Koke finishes it to put Atleti in front! Angel Correa with the first touch assist to leave the captain with no marking infront of Neto.
3:07 PMa year ago

Hector Herrera leaves his place for Koke.
3:07 PMa year ago

We're underway with the second 45 minutes of this semifinal match of the Spanish Super Cup.
3:01 PMa year ago
Oblak has been influential in mantaining the scoreboard without change.

Here, he's seen competing against Suarez for a ball on the 16th minute. 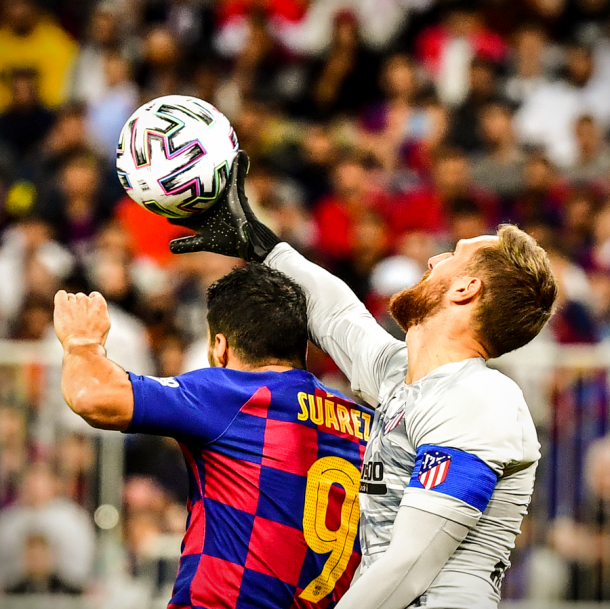 2:51 PMa year ago
Suarez and Savic were carded after the whistle blew after getting in a small confrontation.
2:50 PMa year ago

We go to the break with no goals in the scoreboard yet.

Barça has been better, but Oblak's interventions have prevented any scores.

Two minutes of added time for the first half.
2:42 PMa year ago

Suarez with another shot and Oblak is there again to save.
2:42 PMa year ago

Griezmann one on one with the keeper, but Oblak wins the duel and deflects the ball!
2:38 PMa year ago

Good cross from Vidal. Suarez looks for goal, but the ball apparently hits the hand of an Atletico defender.

The ref does not signal for a penalty.

Thomas is carded for placing his hand near Umtiti's face.
2:36 PMa year ago

Now it's Messi who takes a corner kick. Griezmann heads it backward looking for Suarez, but Savic just gets there to send it to corner.
2:34 PMa year ago

Hector Herrera takes a free kick to the near post looking to surprise Neto.

The keeper has to dive to stop the goal from going in!

Messi with another attempt that ends up over the bar.
2:28 PMa year ago

Barça continues putting pressure on Atletico. The last few minutes of the game have been played in the Colchoneros' own half.
2:25 PMa year ago

Oblak with a tremendous save to a shot by Lio Messi!

From inside the box, Messi tries to finish with a very powerful low shot, but the keeper gets his left hand on it to save Atletico.

Suarez almost gets to the ball before Oblak in a play inside the box.

The ref signals for a foul before the ball could reach the back of the net.

Cross looking for Correa. Neto comes out to look for the ball and both players collide. The keeper manages to get the ball.
2:12 PMa year ago

Arturo Vidal attempts a shot from the edge of the box, but his attempt is just wide.
2:08 PMa year ago

Thomas shoots from distance. Neto is there to save.
2:05 PMa year ago

Morata with the first attempt of the match. He tries to cross, but the ball is deflected and ends up in Neto's hands.
2:03 PMa year ago

We're underway with Barcelona vs Atletico Madrid from Jeddah!
2:02 PMa year ago
José Luis González González is the referee in charge of this match.

The referee tosses the coin so Oblak and Messi can call it.

All is set for the match!

1:59 PMa year ago
Both teams step onto the pitch for the start of the  match.

Tons of flags from both teams waving in the stands!

1:50 PMa year ago
Everything set for kickoff! We're moments away form the start of the match!
1:44 PMa year ago

Saudi Arabia and Spain together for this tournament!

Outside the King Abdullah Sport City, some shows of Spanish culture and traditions are taking place so the Saudi espectators can bond with those fans who come in from the Iberic Peninsula. 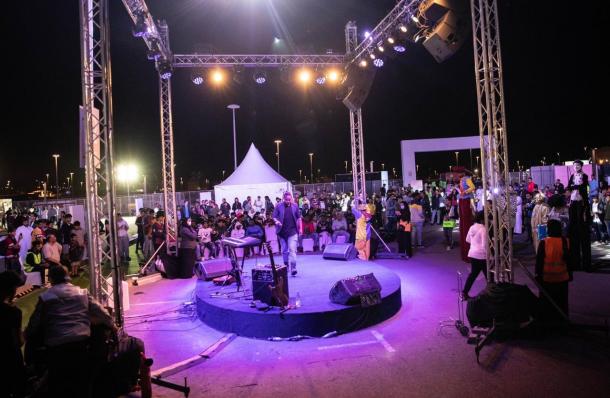 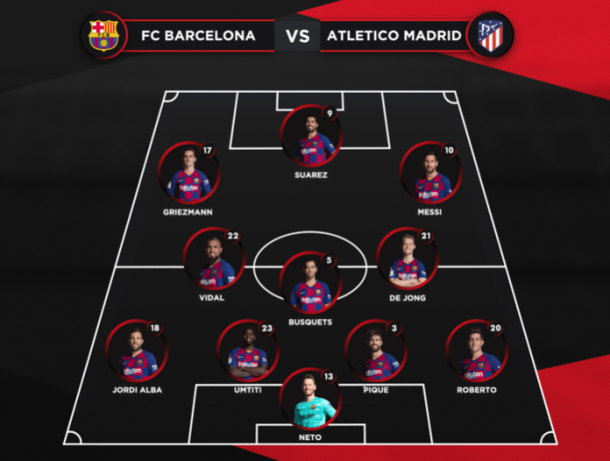 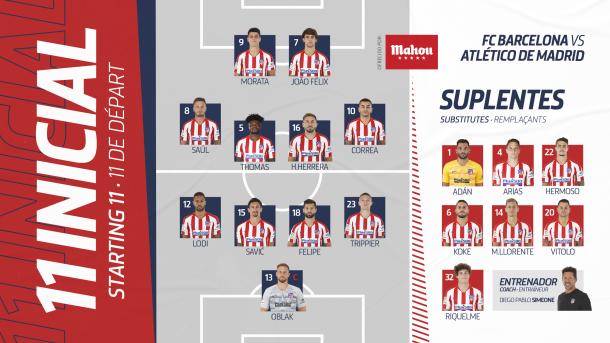 Ideal conditions for a great match!

The pitch at King Abdullah Sports City looks to be in great shape to host our match tonight.

The temperature at Jeddah is 68ºF with no chance of rain. 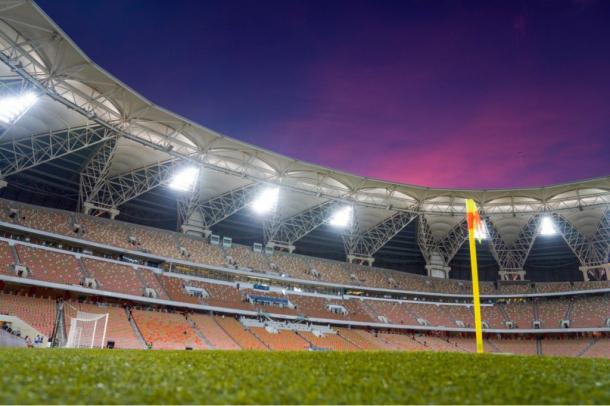 1:10 PMa year ago
Atletico's dressing room in Jeddah is ready for the Rojiblancos. 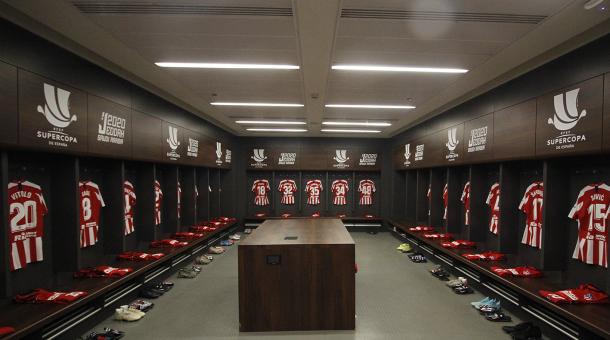 Another title for Messi?

Leo Messi has participated in the most editions of the Spanish Super Cup (11) and has won the most titles (8).
1:01 PMa year ago

We're an hour away from kick off in this semifinal match for the Spanish Super Cup.

Barcelona and Atletico Madrid fight for the right to face Real Madrid in the tournament final.
1:53 AMa year ago

Do not miss a detail of the match with the live updates and commentaries of VAVEL. Follow along with us all the details, commentaries, analysis and lineups for this FC Barcelona vs Atletico de Madrid match.
1:52 AMa year ago

🔥 Atleti Family - we have a big challenge tomorrow, but we know you're by our side! 🏧💪

Barcelona, with many young players, trained in Jeddah

If you want to watch the game on TV, your options are: ESPN 3 and ESPN Deportes.

The Portuguese is trying to find a place in the Simeone's tactics. The young Portuguese star has yet to show all the potential he has, however he's expected to do it in big matches such as this one for the Super Cup.

Messi is a nightmare for Atletico de Madrid

The Argentine star is  probably the most feared player by Atlético de Madrid at the moment. He has a total of 30 goals in all competitions, making him the player who has scored the most goals against the red-and-white team.
1:43 AMa year ago
The last match between the two teams was just a month ago, on December 1, 2019. On that night, Barça won with a splendid goal by Leo Messi in the 86th minute.
1:42 AMa year ago
Both teams arrive to the match in an irregular form.

FC Barcelona drew against Espanyol in the Barcelona derby, however it remains the leader of the competition,-

Meanwhile, Atlético de Madrid occupies the third position in the league, 5 points behind its rival tonight.

1:40 AMa year ago
With capacity for 62,000 spectators King Abdullah Sports City is the largest stadium in Saudi Arabia. 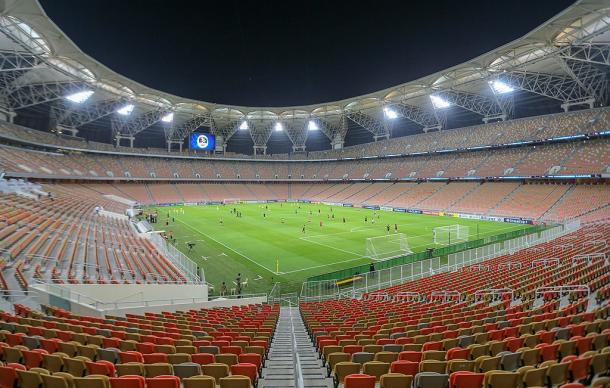 1:39 AMa year ago
The winner of this match will face Real Madrid in the final.

'Los Merengues' defeated Valencia by 3-1 with goals from Kroos, Isco and Modric. The goal from Valencia came from a penalty shot in injury time converted by Parejo.

1:36 AMa year ago
The 2020 Spanish SuperCup changed from a two-team format to four teams, now incluiding a semi-final round.