End of the match |

It's over! In the last penalty, Kylian Mbappé's penalty by Sommer, which gives Switzerland the qualification.
5:47 PMa month ago

Goal Switzerland! Lloris manages to brush the ball, but can't prevent it from going into his net and Vargas scores the fourth.
5:42 PMa month ago

France's goal! Marcus Thuram does the same and it's third for France.
5:42 PMa month ago

Swiss goal! Schar pops up and puts his team back in the lead
5:39 PMa month ago

It's over! Overtime ends and neither team managed to get the better of the other. The match will be defined by penalty kicks.
5:32 PMa month ago

What a save! After Giroud's header, Sommer dives to prevent his goal from falling.
5:28 PMa month ago

Close! After losing the ball in midfield, Giroud gets to the goal, sends in a cross and Mbappé misses the ball.
5:23 PMa month ago

Uff! Great play by N'golo Kanté who passes the ball to Mbappé, but the ball is not well struck and goes wide.
5:19 PMa month ago

The overtime complement starts at the Arena Nationala.
5:16 PMa month ago

End of the first part of overtime! France and Switzerland are still not hurting each other.
5:16 PMa month ago

Sissoko's cross, but Fassnacht gets in the way and clears the danger for the Swiss.
5:13 PMa month ago

A dangerous ball into Lloris' area, but Mehmedi sends the ball over the bar.
5:05 PMa month ago

Sommer! Great control by Pavard, but the keeper, more attentive, ends up clearing the ball.
5:02 PMa month ago

First overtime kicks off in Bucharest, Romania.
4:54 PMa month ago

That's it! Regular time is over and the match will go to overtime.
4:54 PMa month ago

Goal Switzerland! Great shot by Graranovic to tie the match in the additional minutes of the second half.
4:51 PMa month ago

Switzerland keeps trying! With Graranovic and company, the Swiss are looking to tie the match.
4:50 PMa month ago

Goal, goal...nothing! Gavranovic's shot to tie the match, but the referee disallows the goal.
4:43 PMa month ago

Rabiot's flash from outside the area, but it goes well wide of Sommer's goal.
4:42 PMa month ago

Goal Switzerland! After a cross, Seferovic pops up inside the box to head home and close the gap on France.
4:37 PMa month ago

Close! Koman was encouraged to shoot, but Sommer attentive, avoids the fourth against.
4:35 PMa month ago

France's goal! A team move that culminated with Pogba sending a fierce shot from outside the box and slotting the ball home for the third.
4:28 PMa month ago

The ball to Mbappé, but Pogba sends it wide and into the hands of Sommer.
4:23 PMa month ago

Good intervention by Elvedi, preventing Benzema from reaching the area with the ball and creating more danger.
4:20 PMa month ago

France goal! Goal, goal, goal by Benzema! Great combination between Mbappé and Griezmann, where the latter shoots, Sommer rejects and Benzema appears to push the ball.
4:17 PMa month ago

France's goal! Excellent service from Mbappé for Benzema, who manages to hit the ball past Sommer and into the back of the net.
4:13 PMa month ago

It was saved by Lloris! Great save by the goalkeeper, who saved Rodriguez's shot and prevented the second goal.
4:12 PMa month ago

Penalty! The referee decides to award a penalty after reviewing Pavard's foul on Zuber on the edge of Lloris' area.
4:12 PMa month ago

VAR! The referee will review a possible penalty by Pavard on Zuber.
4:09 PMa month ago

Varane! Great save by the defender to prevent Embolo from scoring the second for the Swiss.
4:04 PMa month ago

The second half kicks off in Romania, France will be looking to tie the match.
3:51 PMa month ago

The first half is over! Switzerland stun France and go into the dressing room with a narrow lead thanks to Seferovic's goal.
3:50 PMa month ago

Embolo gets up and the last minutes of the first half continue.
3:49 PMa month ago

Embolo and Rabiot clash heads, but it is the Swiss who gets the worst of it and is left lying on the ground.
3:42 PMa month ago

After Xhaka's pass to Embolo, Varane appears in Lloris' penalty area and ends up deflecting the ball.
3:40 PMa month ago

Freuler made a good save to prevent the ball from reaching Benzema, who was looking to score the equalizer.
3:38 PMa month ago

Rehydration break at the meeting taking place in Bucharest
3:32 PMa month ago

Embolo gets up after a cross from a free kick, but the ball goes wide.
3:29 PMa month ago

What a thing! What a shot from Rabiot, but it's just wide!
3:24 PMa month ago

France keeps trying! Excellent sight of Rabiot, who ends up serving Benzema, but Sommer attentive, pulls the ball out before the striker touches it.
3:22 PMa month ago

Mbappé misses! Great ball from midfield from Pogba to Kylian, but the striker ends up handing the ball to the Swiss goalkeeper.
3:19 PMa month ago

Swiss goal! After a good team move, Zuber sends in a cross that Sferovic heads in to open the scoring for the visitors.
3:14 PMa month ago

Oof! Mbappé's cross from Mbappé passes to Griezmann, who slips the ball to Benzema, but before the ball can reach its destination, the defense gets in the way and he misses a clear chance.
3:09 PMa month ago

Good play by Embolo, who ends up winning a corner kick after a slight touch by Varane, who intervenes to prevent danger.
3:04 PMa month ago

The match between France and Switzerland in the round of 16 kicks off. This match will determine who will face Spain.
2:59 PMa month ago

The French have now gone seven games unbeaten against Switzerland, their longest streak, and four of these matches have ended in draws.
2:44 PMa month ago

Warm up your engines!

With Mbappé at the helm, France is already warming up ahead of the match. Kilian and Benzema will lead the attack in this match, looking to continue in the Euro. 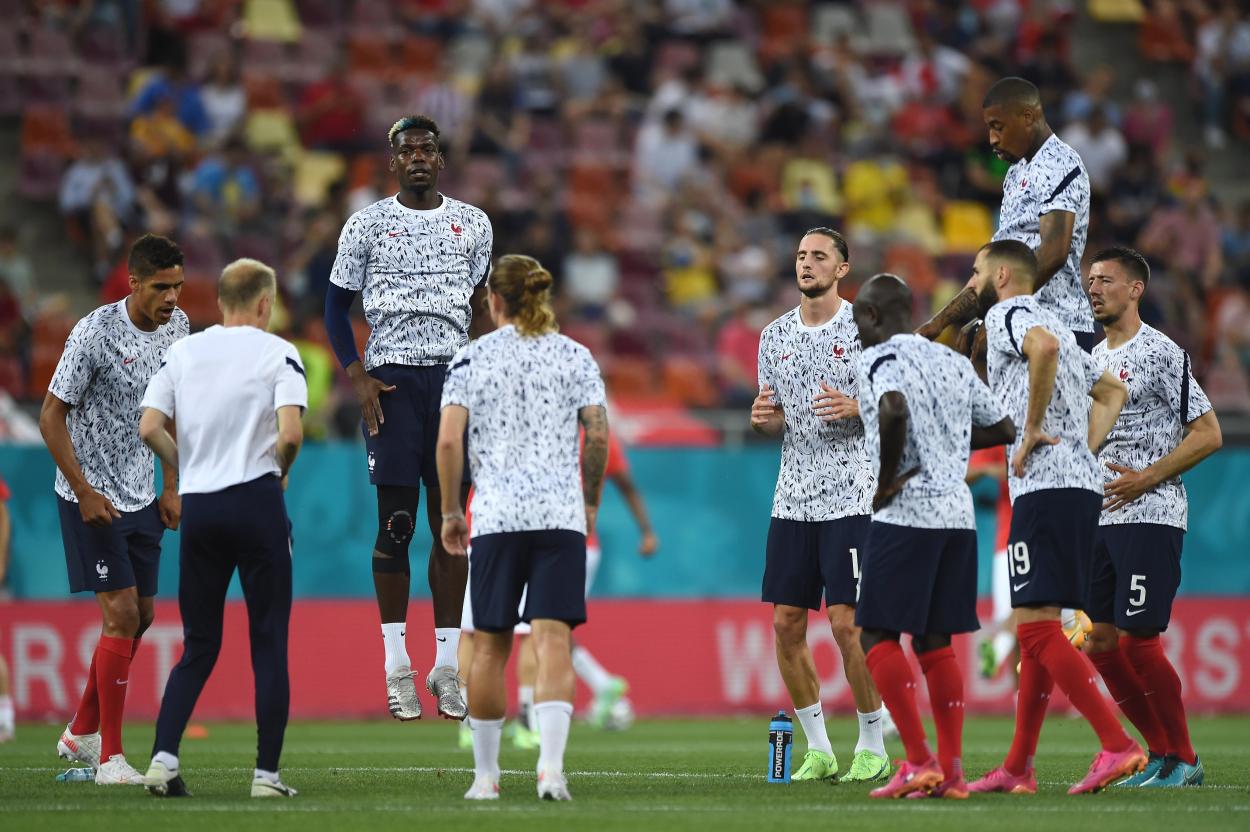 Didier Deschamps played the last time France had a long unbeaten streak; the current manager played 21 of 27 matches without defeat between 1994 and 1999.
2:34 PMa month ago

The French have arrived for the decisive match to qualify for the quarterfinals. With Griezmann at the helm, the team will be looking for the victory. 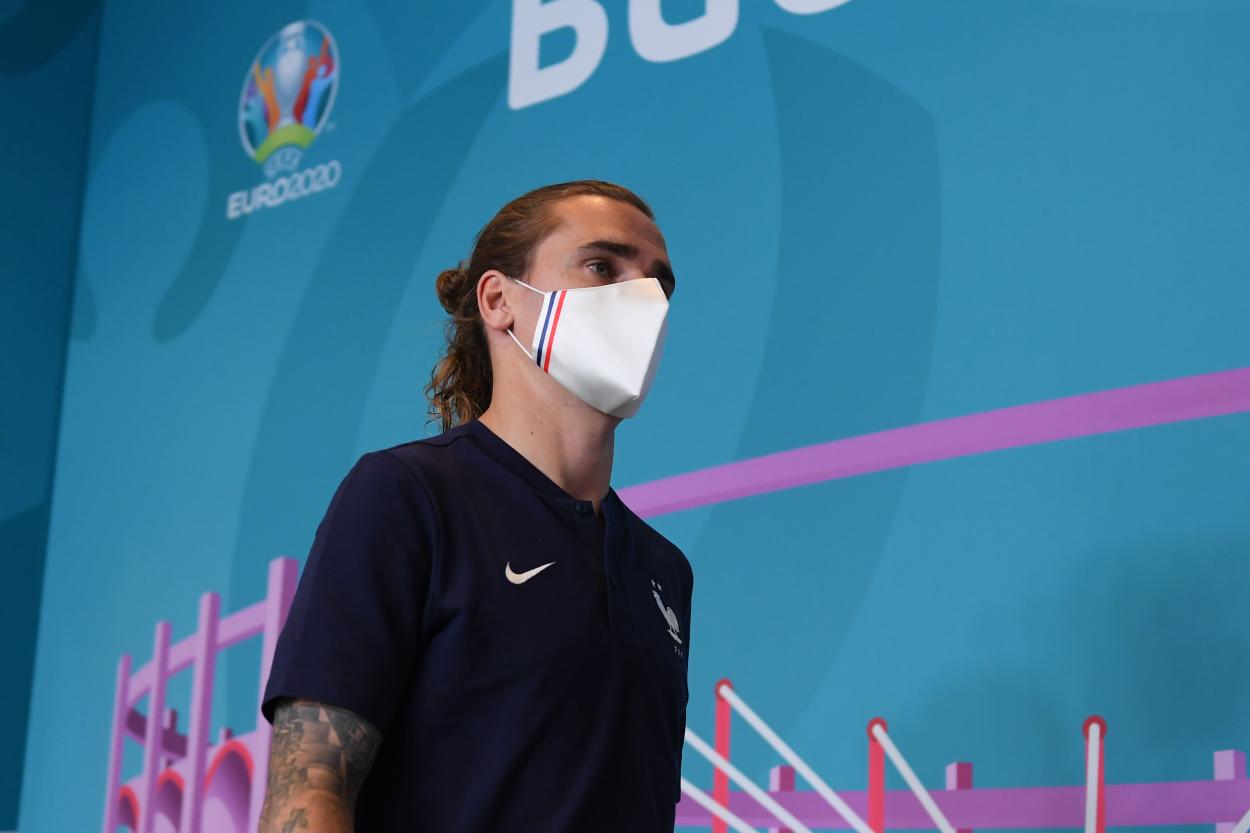 They arrived at the property!

Switzerland is already present at the Arena Nationala, where they will try to eliminate France to enter the quarterfinals.
2:24 PMa month ago

The French dressing room is now ready with the clothing that the players will wear to define the last guest to the quarter-finals. 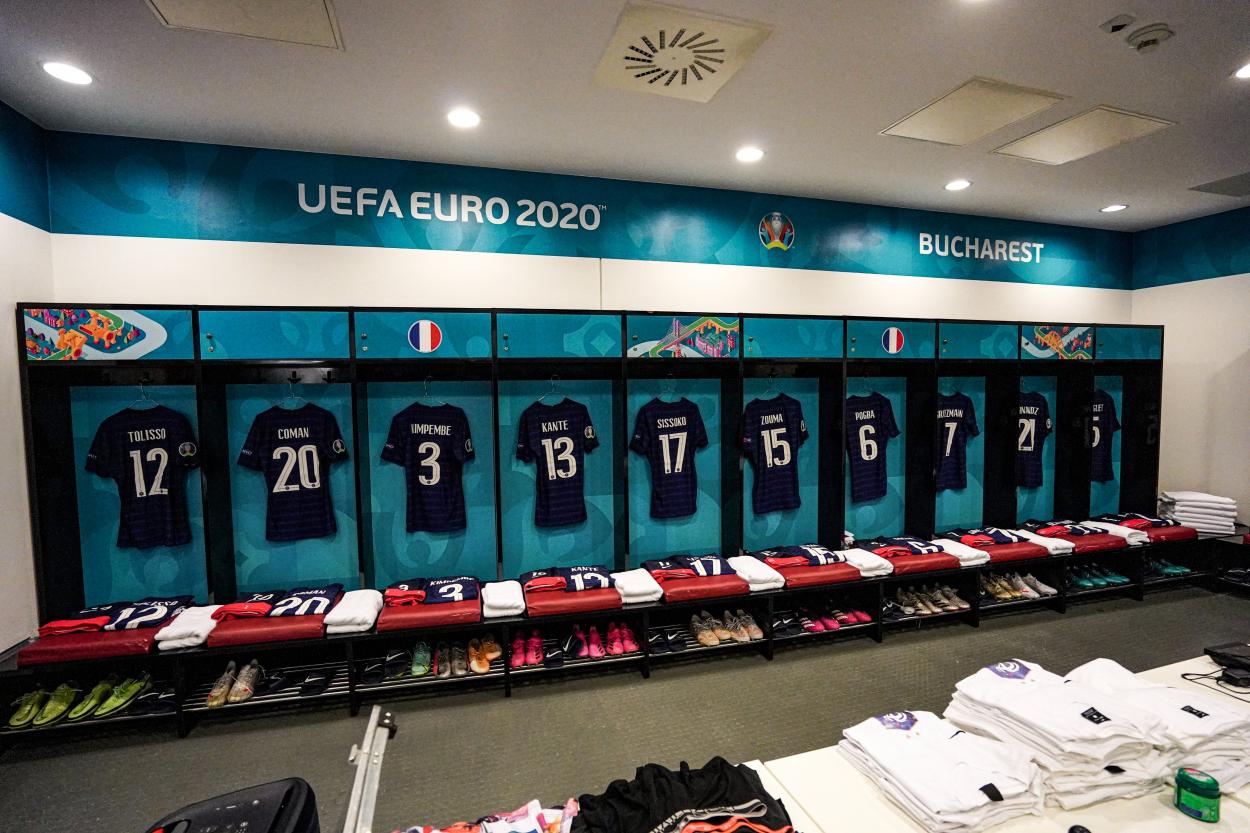 Do not miss a detail of the match France vs Switzerland  with the live updates and commentaries of VAVEL. Follow along with us all the details, commentaries, analysis and lineups for this match.
2:14 PMa month ago

How to watch France vs Switzerland Live Stream on TV and Online?

If you want to watch the game France vs Switzerland live on TV, your options is: TUDN.

To put an end to bad luck |

In recent tournaments, Switzerland has reached the knockout rounds; World Cup 2014, Euro 2016,World Cup 2018 and Euro 2020.Likewise they have been eliminated in the first instance after the group stage.
2:04 PMa month ago

France has not lost an official match since 2019; the last match they lost was to Turkey. Deschamps' men have won 14 matches and drawn five.
1:59 PMa month ago

Xherdan Shaqiri: The Swiss has scored two goals in this tournament, popping up when his team needed him most. The current Liverpool player. Shaqiri has demonstrated his high level since years ago, which earned him his new call-up to this 2021 edition. 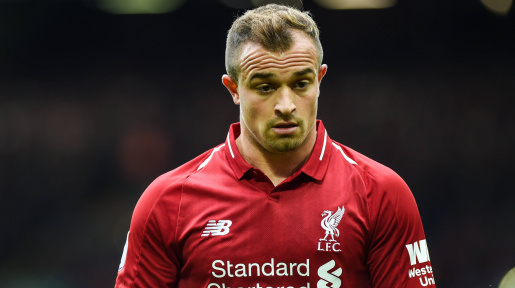 Antoine Griezmann: The forward, who plays for Barcelona, has become a key player for Deschamps. With his good mobility, Griezmann has played in all three games of the Euro, demonstrating his ability to get into the opponent's box, he has scored a goal in the tournament. 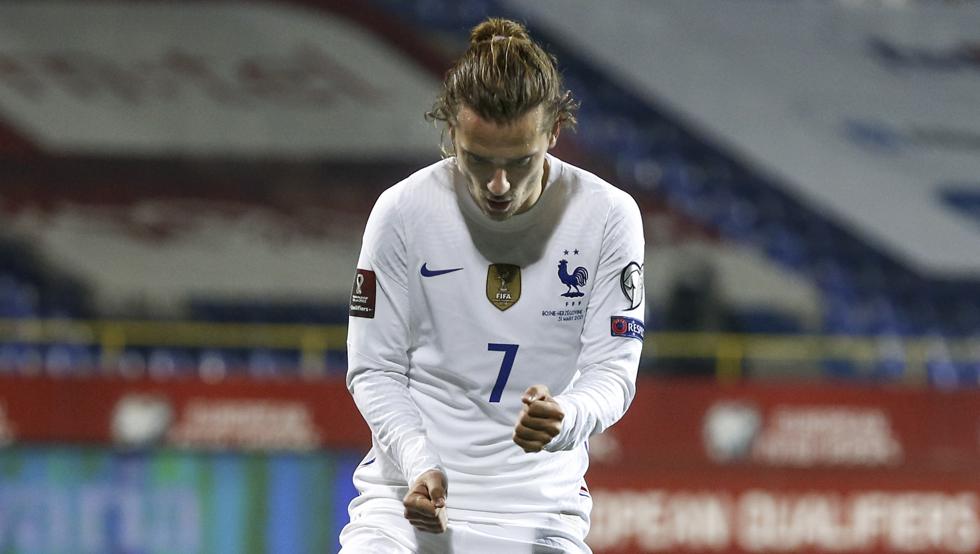 The Swiss reached this stage as one of the best third-placed teams in the group with 4 points. Switzerland defeated Turkey three goals to one in their last match of the group stage. 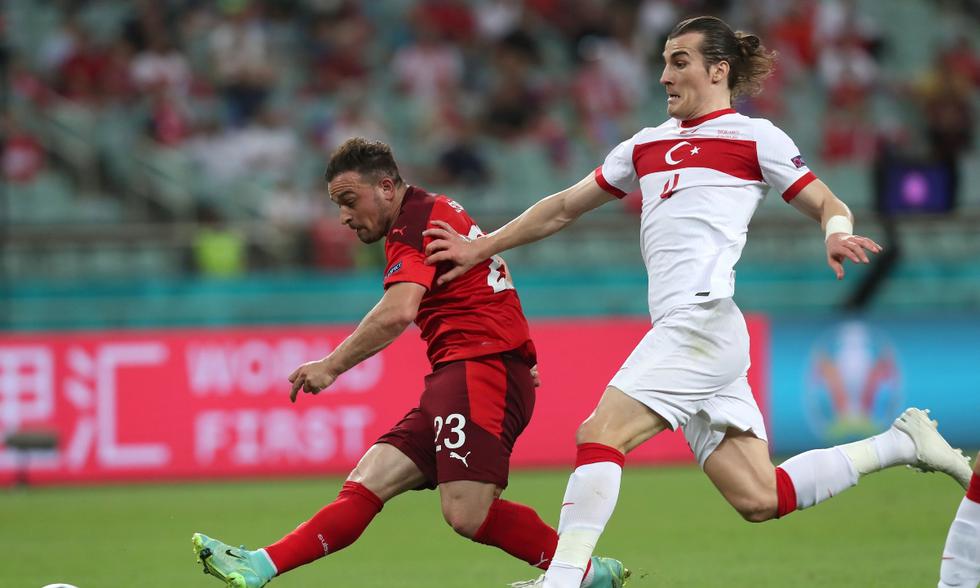 France vs Switzerland: France with an advantage

Deschamps's team comes into this match after finishing first in Group F with 5 points. The last duel was mired in controversy, after being tied at two goals against Portugal, however, three of those goals came from penalties. 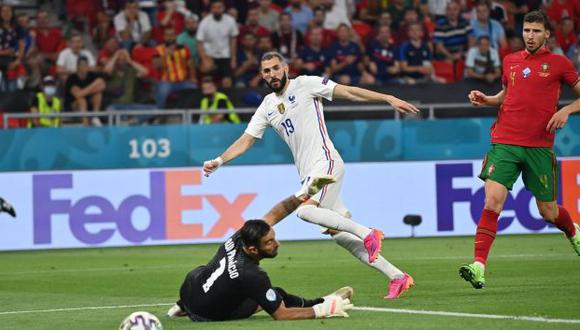 This afternoon, at 2:00 p.m. in Bucharest, France and Switzerland will face each other and the follow match of the quarterfinals will be decided.
1:29 PMa month ago

The match will be played at the Arena Nationala stadium

The France vs Switzerland match will be played at the Arena Nationala  Bucarest, Rumania. The stadium has a capacity of 55 634 people. 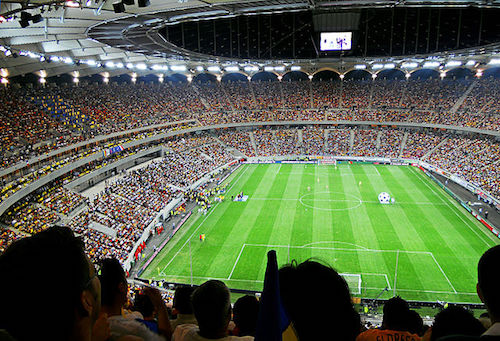 Welcome to VAVEL.com’s coverage of the 2020 Euro match: France vs Switzerland Live Updates!

Seattle vs Sporting Kansas City preview: How to watch, team news, predicted lineups and ones to watch 16 hours ago

Inter Miami vs Philadelphia preview: How to watch, team news, predicted lineups and ones to watch 14 hours ago

NYCFC vs Orlando City preview: How to watch, team news, predicted lineups and ones to watch 21 hours ago
//