Stay tuned to VAVEL to follow all the details related to soccer through VAVEL.com.
11:40 PM2 years ago

As the Honduras player commented prior to the match, the game is being played with the leg raised and time is consumed by these types of fouls.
9:47 PM2 years ago

Mexico is already dominating on the Arizona field. The flanks are being a factor to go forward in search of a goal.
9:42 PM2 years ago

Mexico and Honduras for a ticket to the next round

Everything ready to kick off the match! 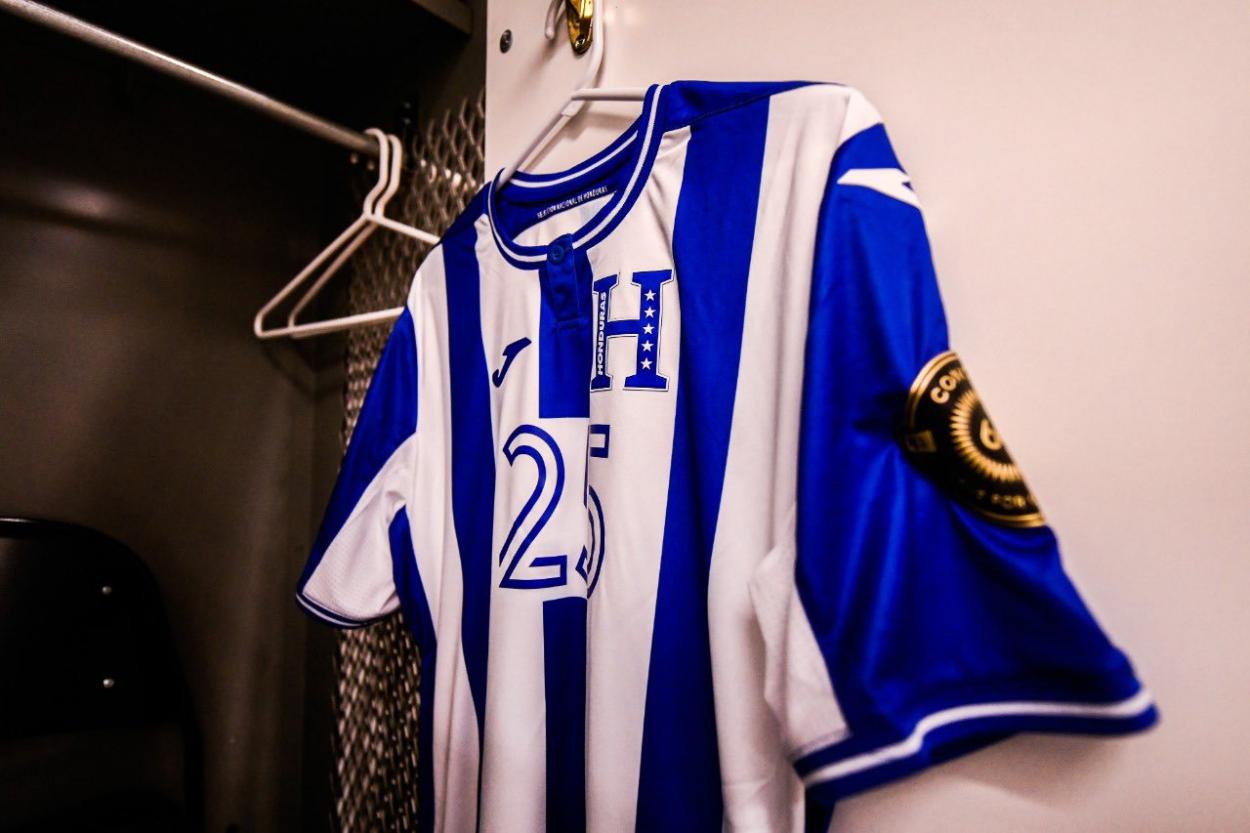 This is what the dressing room of the Mexican team looks like. 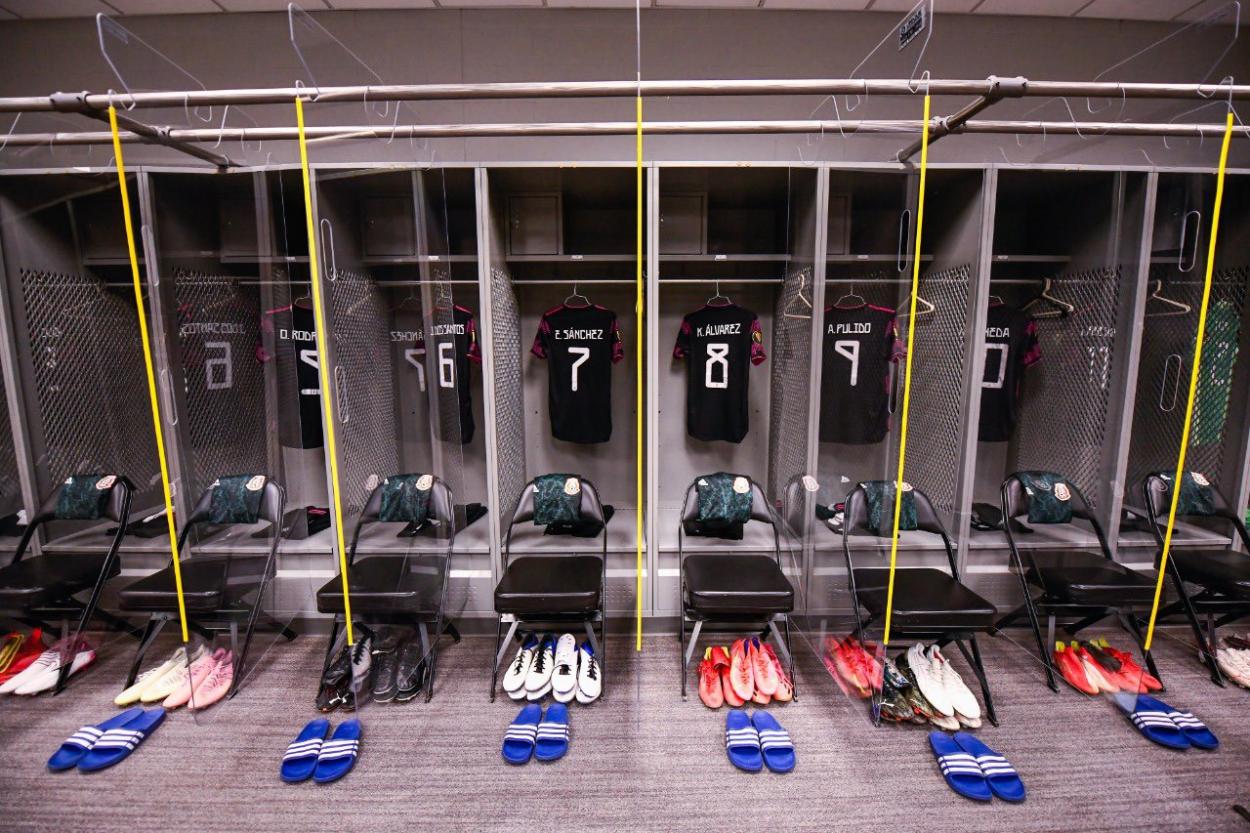 Mexico is already at the Arizona Cardinals Stadium

Honduras will have casualties due to COVID-19

The Honduras National Team is experiencing problems with COVID-19. Three selected players tested positive prior to the quarterfinal match against the Mexican National Team, reported local media, a total of 5 players plus coach Fabian Coito will miss the match.
9:02 PM2 years ago

In direct confrontations in the Gold Cup tournament, they have played six times, Mexico has the numerical inferiority with three victories, two ties and only one victory for the Hondurans. This was achieved in the 2007 edition, when the Catrachos managed to win in the group stage with a brace by Carlos Costly.
8:57 PM2 years ago

It was in 2017 that both teams met in the Cup tournament, the Mexicans won with a score of 1-0 in the Quarter-Final round, which is also being disputed in today's match. 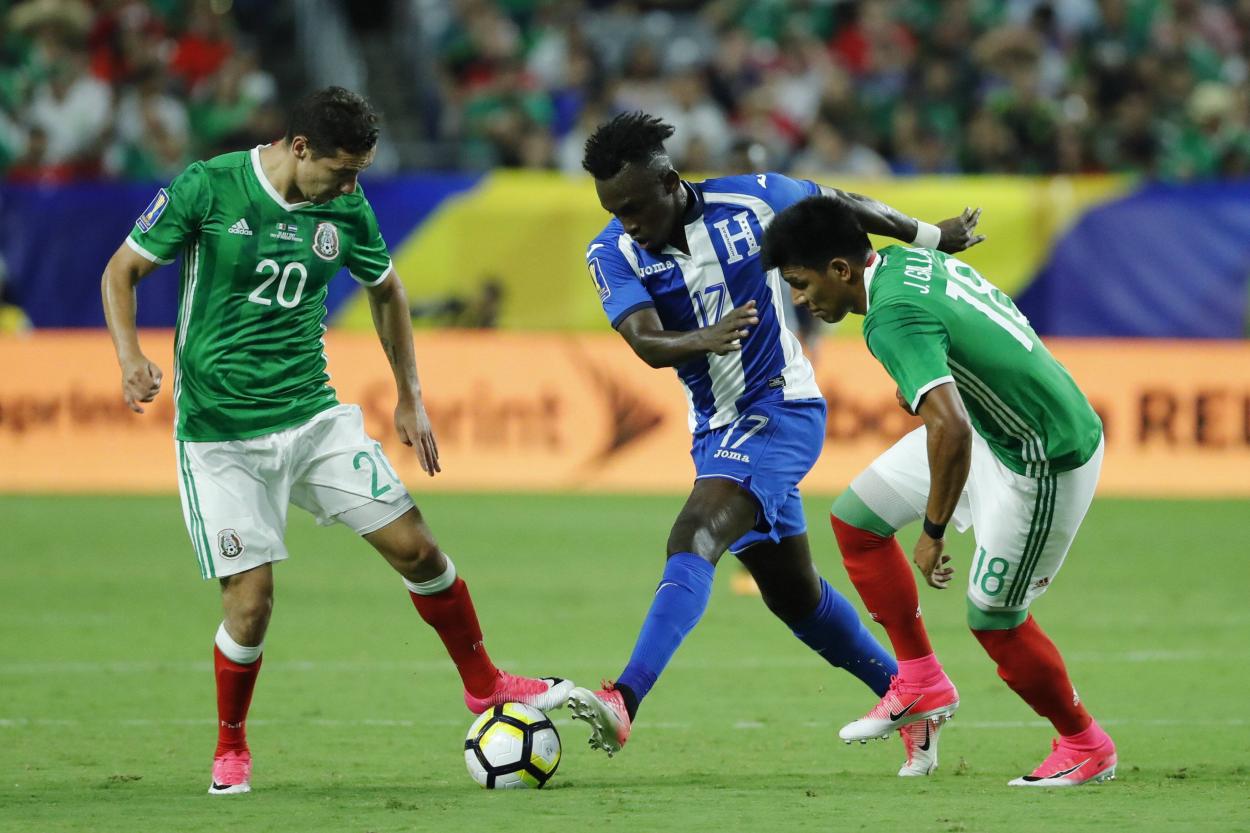 The H's and the Tricolor have faced each other 36 times in their history, of which Mexico has won 22 games, while the Central Americans have beaten them seven times, seven of these games have ended in a draw. Today they will face each other in the World Cup qualifiers. 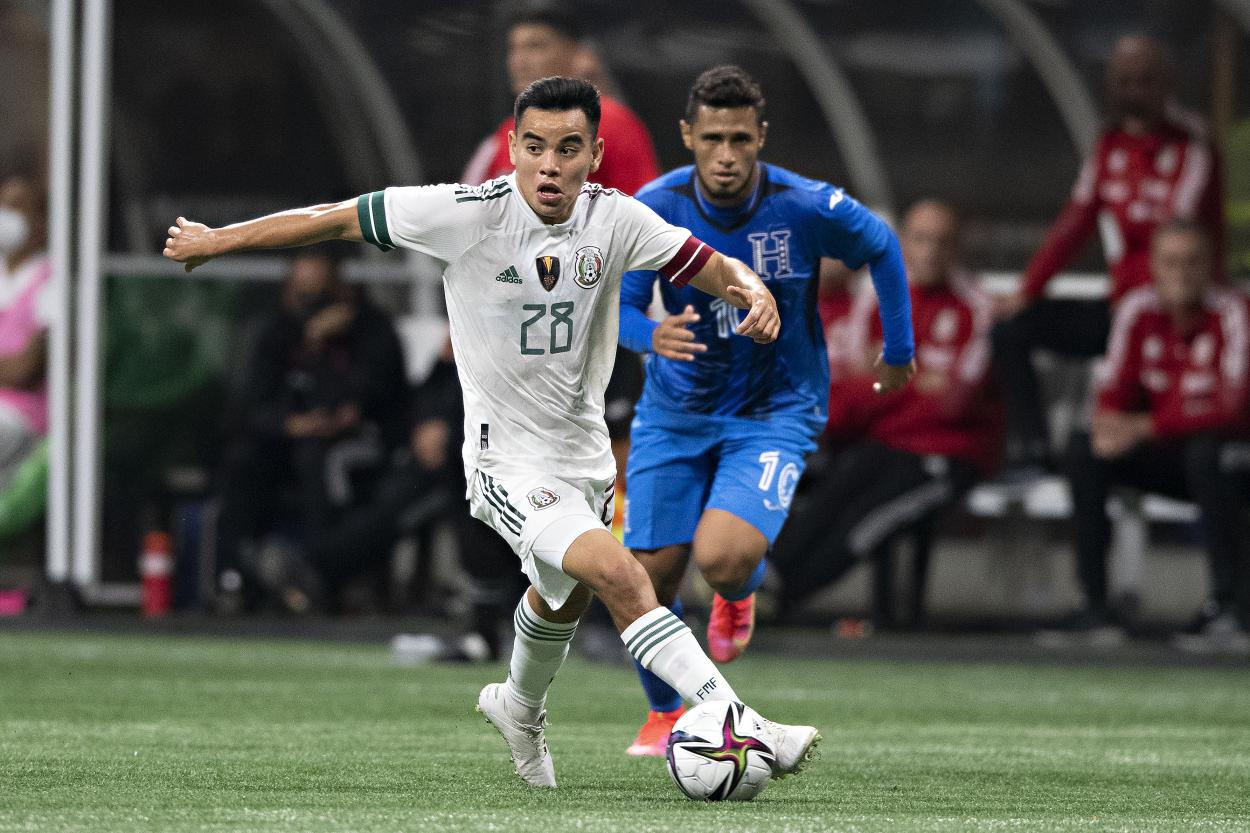 Do not miss a detail of the match with the live updates and commentaries of VAVEL. Follow along with us all the details, commentaries, analysis and lineups for this Mexico vs Honduras.
8:42 PM2 years ago

How to watch Mexico vs HondurasLive Stream on TV and Online?

If you want to watch the game Mexico vs Honduras live on TV, your options is: TV Azteca and TUDN

If you want to directly stream it: TV Azteca app and TUDN APP

What time is Mexico vs Honduras match for Gold Cup

What time is Mexico vs Honduras match for Gold Cup

On paper, Mexico looks like the big favorite to not only win the match, but also the Gold Cup. Bookmakers are predicting a favorable match in terms of goals between both teams, which will also have their revenge in the coming months in the Concacaf qualifiers for the 2022 World Cup to be held in Qatar.
8:27 PM2 years ago

A possible naturalization is not yet considered

"I have been here for a year and a half. I have a Mexican son and thanks to that I will be able to apply for permanent residency, but that does not give me nationality. I think I have to stay here for five years, the same amount of time that FIFA requires", said Juan Ignacio Dinenno about his naturalization and the possibility of following in Funes Mori's footsteps in an interview with Diario Olé. 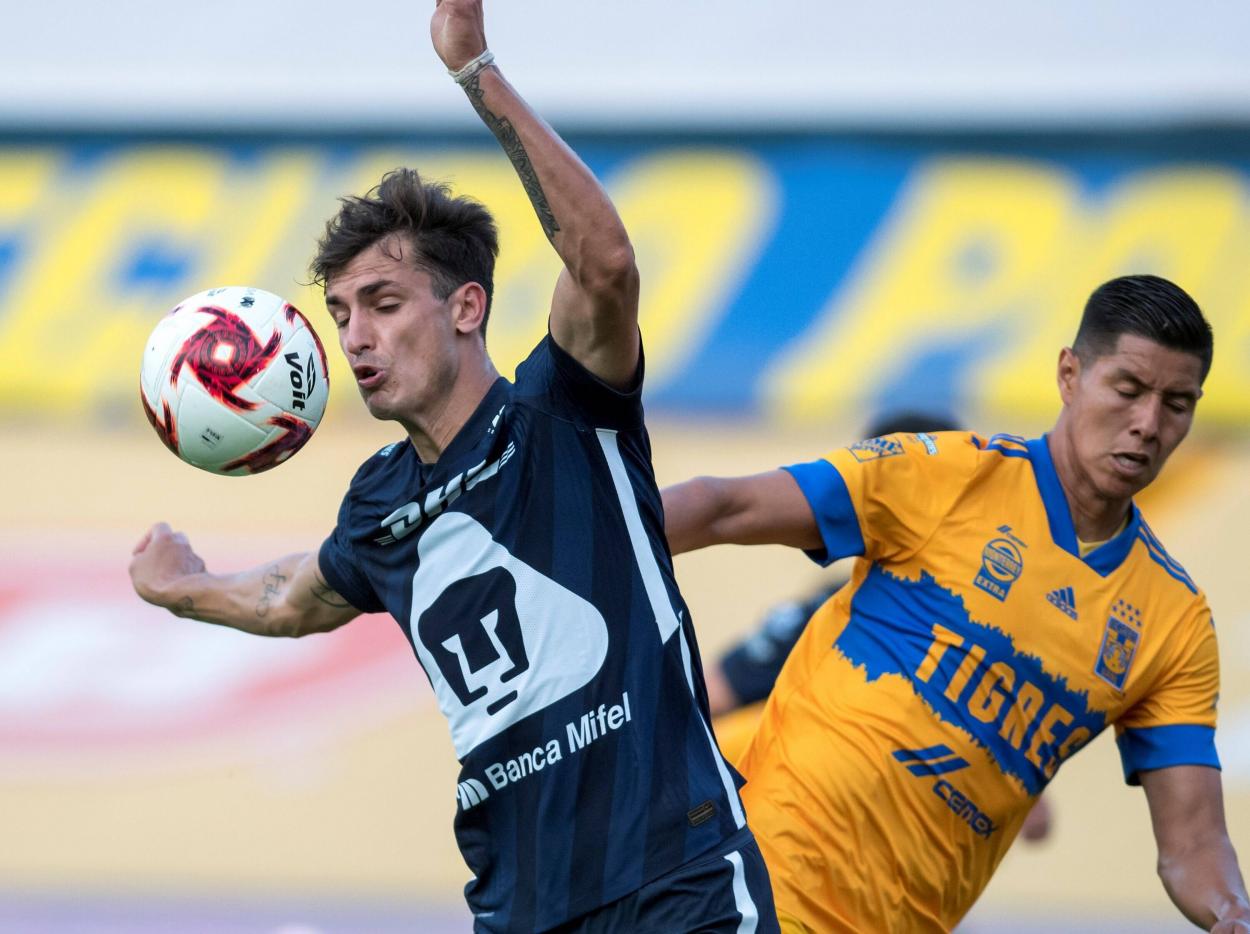 For this match, tickets flew like hot cakes. A few moments after going on sale through a press release, the Concacacf organization stated that tickets were no longer available. For this match, the Arizona Cardinals Stadium will open three hours before the game for greater convenience. 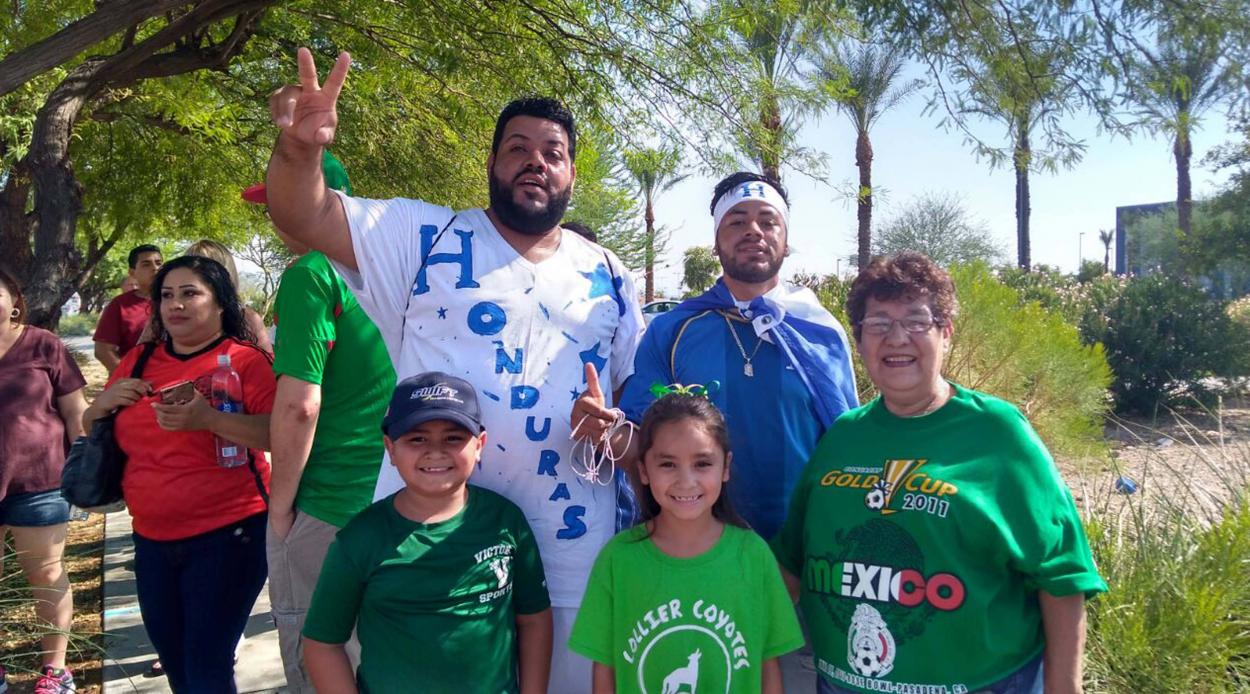 One of the men of the Mexican National Team who has had less spotlight but who is being essential in this Gold Cup for the Aztecs is Alfredo Talavera, goalkeeper of Club Universidad Nacional, with his great performances he became the third goalkeeper to leave a clean sheet in the group stage in the history of Mexico in the tournament, Talavera will offer his experience and security for the upcoming commitment. 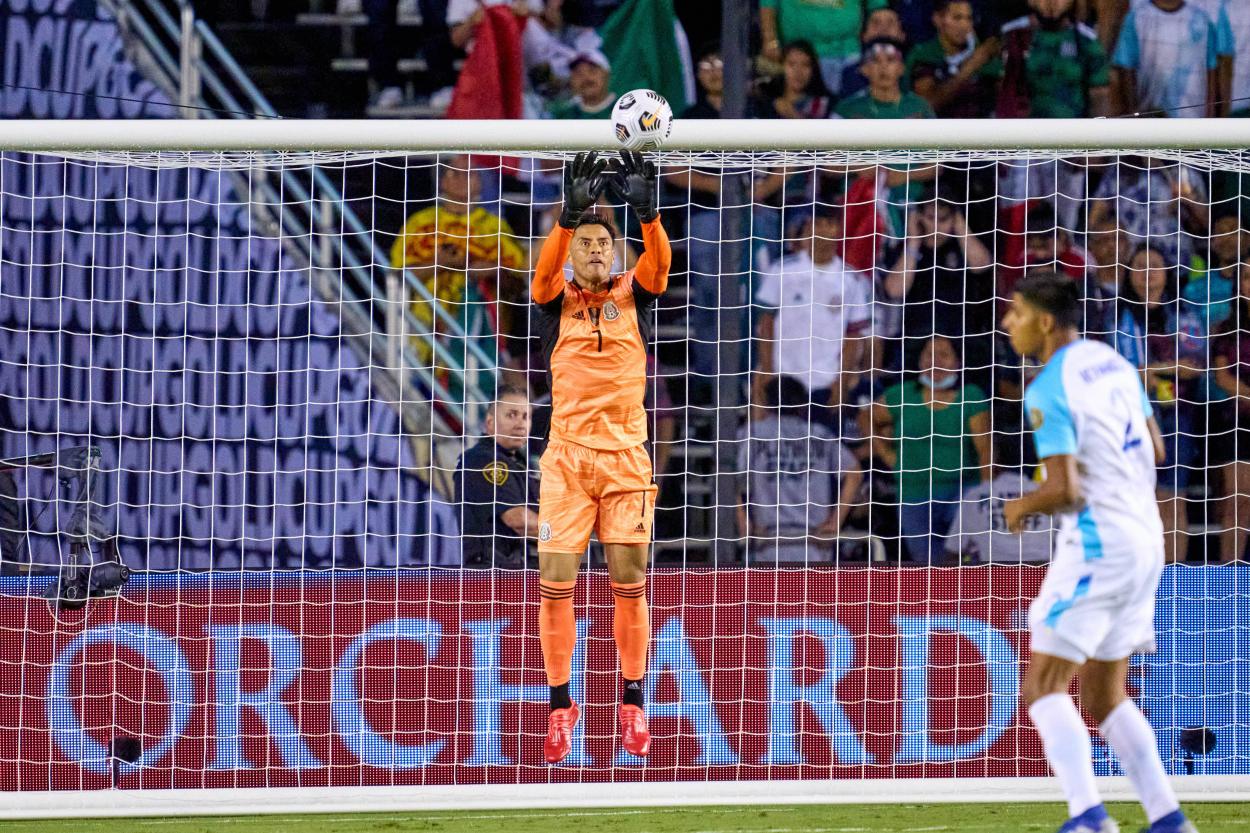 One of the men who is causing the most headaches for the rival attackers is Romell Quioto, Honduran player, who scored a double in the group stage for the Blue and Whites, and will now be looking to continue his goal-scoring streak for the cause.
7:57 PM2 years ago

Guatemalan-born Mario Alberto Escobar Toca will referee Mexico-Honduras in the quarterfinals of the 2021 Gold Cup at the Arizona Cardinals. 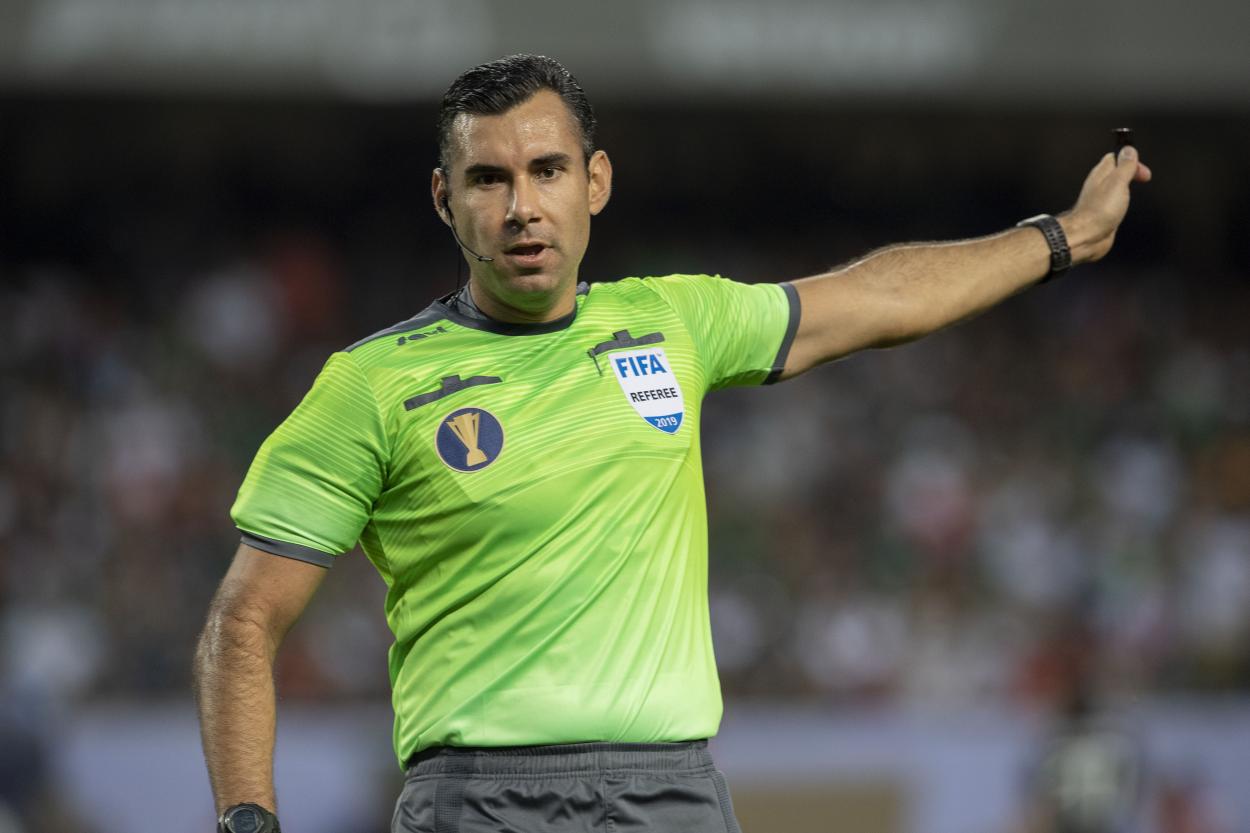 Mexico: The prosea of being the champion

The team led by Martino has a high percentage of effectiveness, but there are still too many doubts about the performance that has led the Tricolor fans to reproach for the lack of spectacle and the high number of goals that they were used to in this type of tournaments throughout history. Mexico advanced to the next round as first place in the group with 7 points, the result of 2 wins and a draw against Trinidad and Tobago. 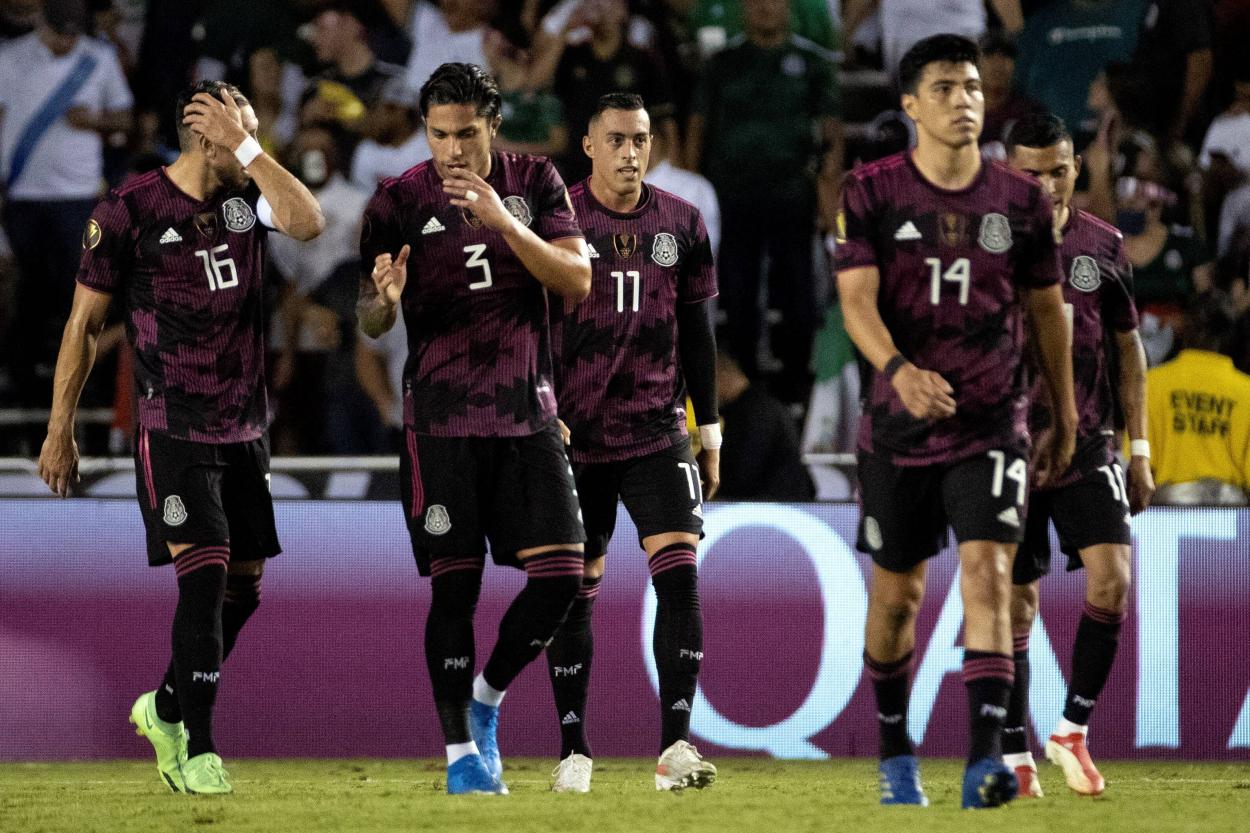 The Hondurans, Mexico's rival for the quarterfinal round and who have a great rivalry with the Aztecs, especially during the World Cup qualifiers, will have the mission of ruining the Tricolor's party at the Cuscatlan Stadium. Honduras qualified second in the group, with two victories and one loss, falling behind the guest team of Qatar, the next host of the 2022 World Cup. 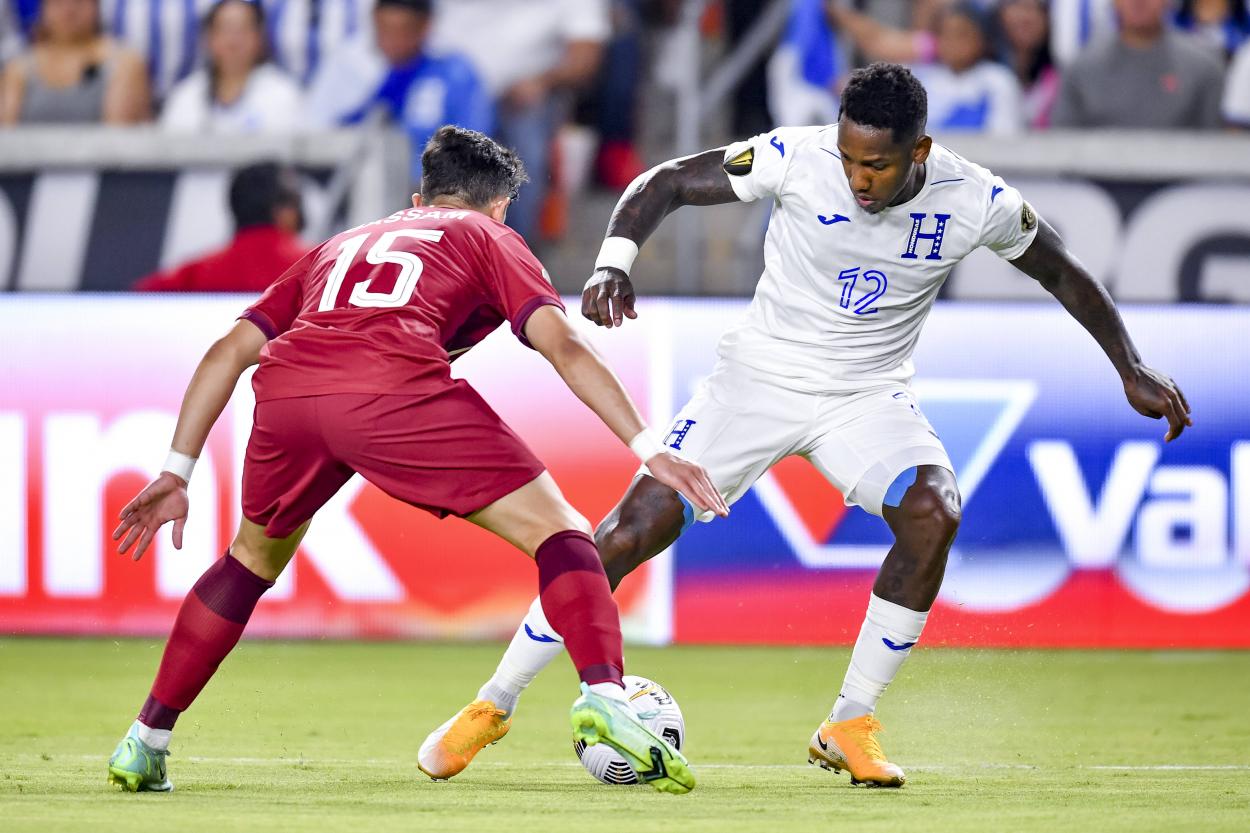 The match will be played at the Phoenix Stadium

This afternoon, the quarterfinal match will take place at the University of Phoenix Stadium, where more than 60,000 spectators will be able to watch the game at the multi-use stadium shared by the Arizona Cardinals. 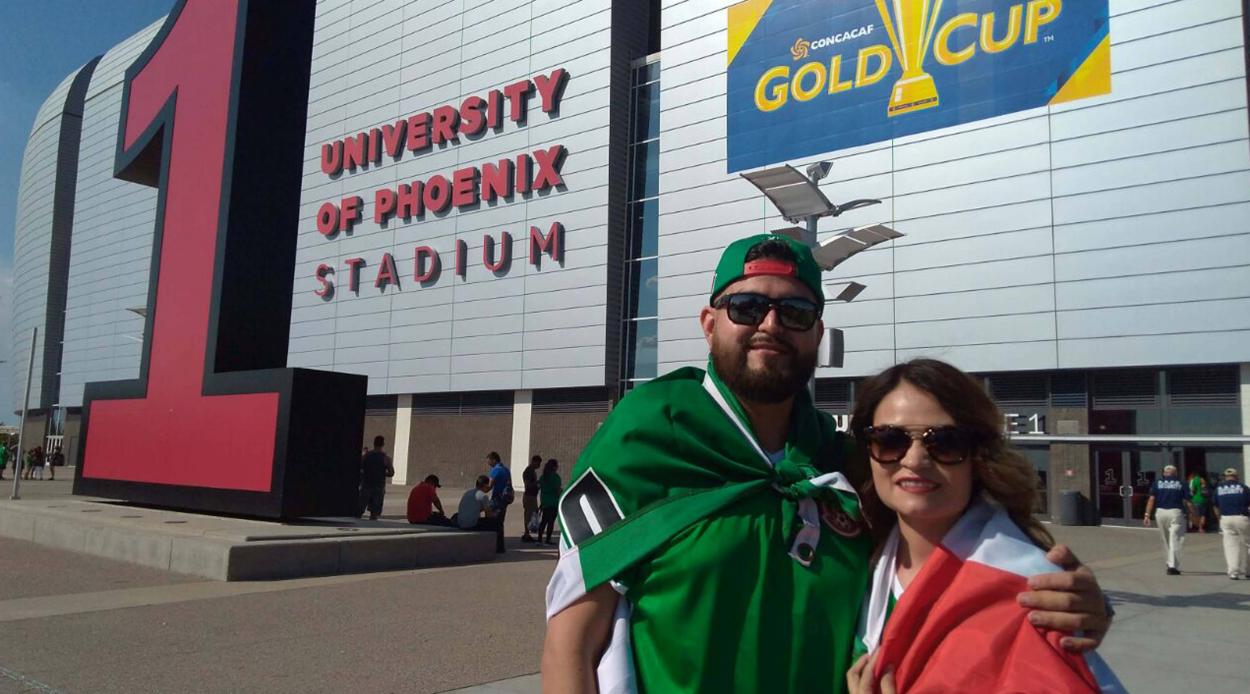 My name is Claudio Amelco and I’ll be your host for this game. We will provide you with pre-game analysis, score updates, and news as it happens live here on VAVEL. The match Mexico vs Honduras, corresponding CONCACAF Gold Cup 2021. The match will take place at the Phoenix Stadium at 22:00 hrs. ET