The second part concludes. Victory for Liverpool.
4:06 PMa month ago

Garcia tries again with a right-footed shot from the center of the area, but it's close!
3:56 PMa month ago

Osasuna's Kike Garcia is leading the Spanish side's attack as they look to cut the deficit.
3:51 PMa month ago

Osasuna tries to generate danger with a shot from the left but it goes wide of the goal.
3:41 PMa month ago

For the second half. Osasuna made 4 changes to its starting eleven, while Liverpool made only one change.
3:31 PMa month ago

Liverpool goes to increase the lead.

Liverpool and Osasuna came together to honor Michael Robinson.

At the end of the first half, the home team dominated the game.
3:16 PMa month ago

Liverpool goal! Firmino finishes from the center of the box assisted by Minamino following a counter attack.
3:11 PMa month ago

Liverpool is caught offside and misses Firmino's chance to add to the lead.
3:06 PMa month ago

Liverpool substitution: Jones out, Woodburn in.
3:01 PMa month ago

Liverpool goal! Firmino with his right foot near the right side of the goal solves correctly.
2:56 PMa month ago

Liverpool goal! Minamino strikes with his left foot to put the home side ahead. Assisted by Fabinho.
2:51 PMa month ago

Liverpool try outside the box but their shots go over the visitors' goal.
2:46 PMa month ago

Osasuna sought to generate danger in the first few minutes of the match by means of shots.
2:41 PMa month ago

The match kicks off from Anfield!

Liverpool and Osasuna for the honor of victory.

Osasuna already warming up at Anfield

Duel of many memories, the one that is about to begin. 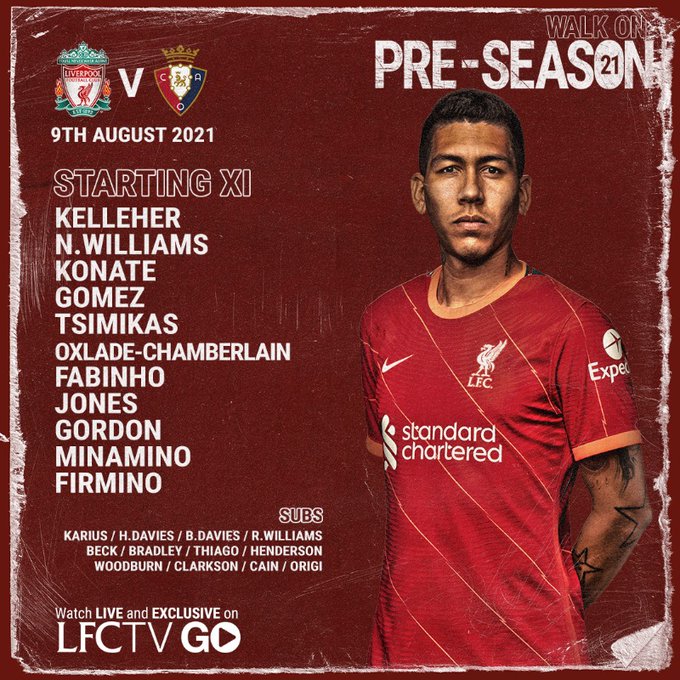 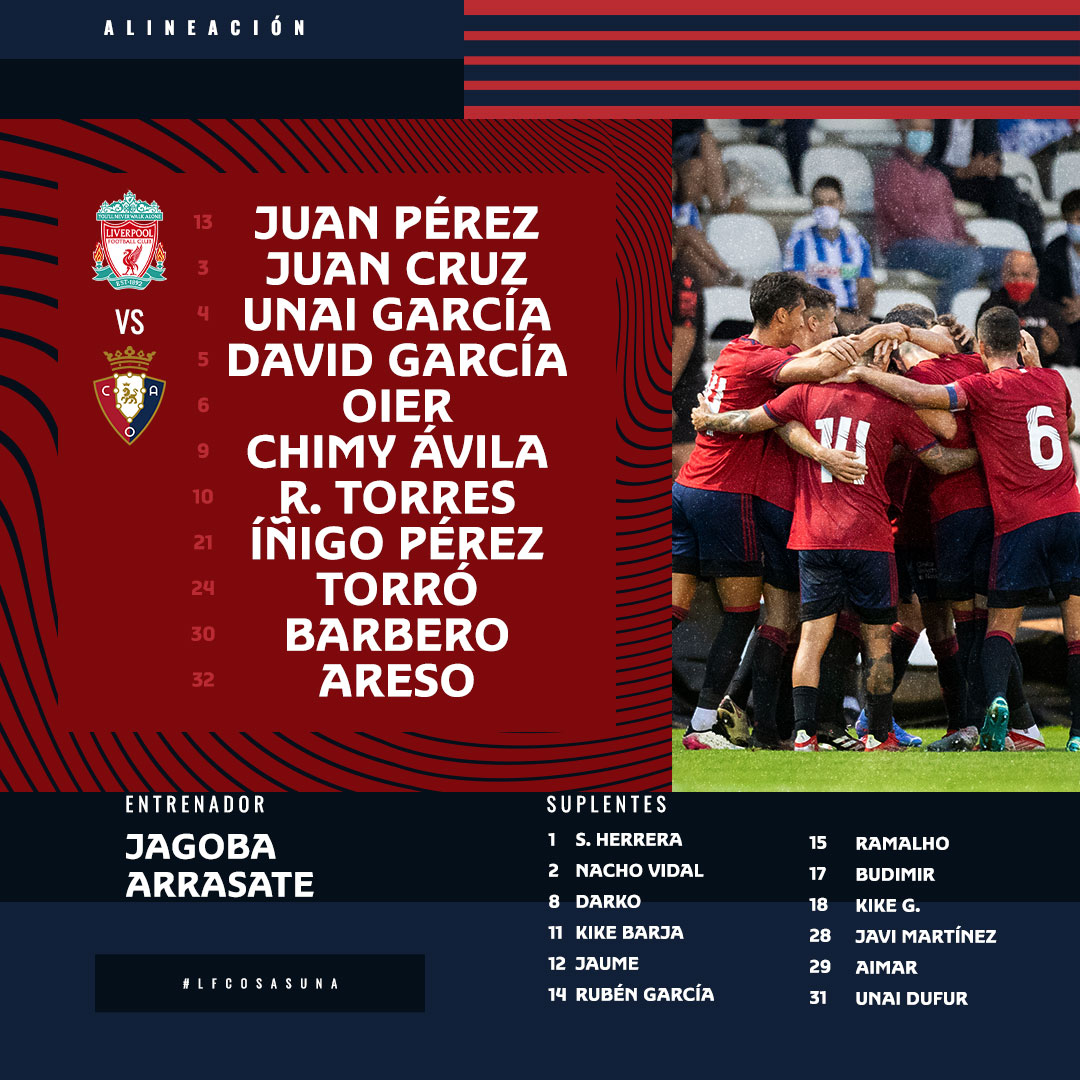 Liverpool is already getting ready

This is what the pennant that will be handed out tonight looks like. The locals have their last rehearsal before the start of the local championship. 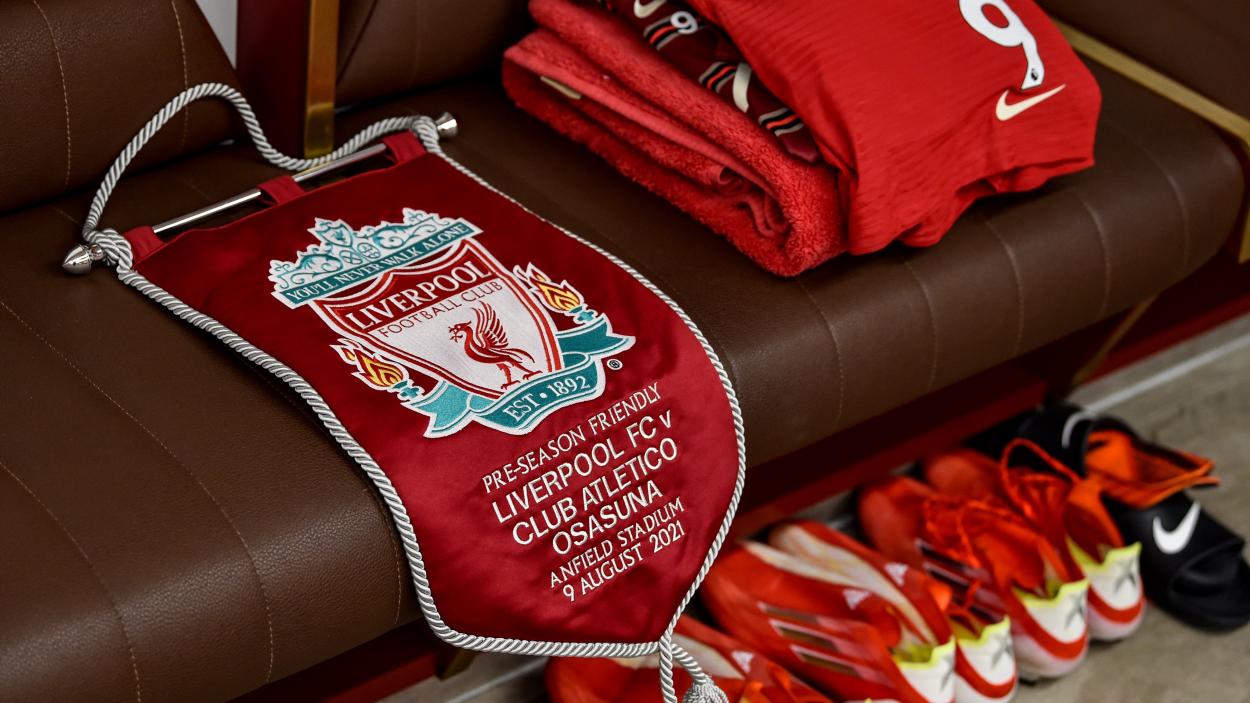 Liverpool dresses for the occasion

On the home side, the date of the match was also used as an opportunity to remember the special date in articles. Commemorative scarves appeared on merchandising in the North West of England. 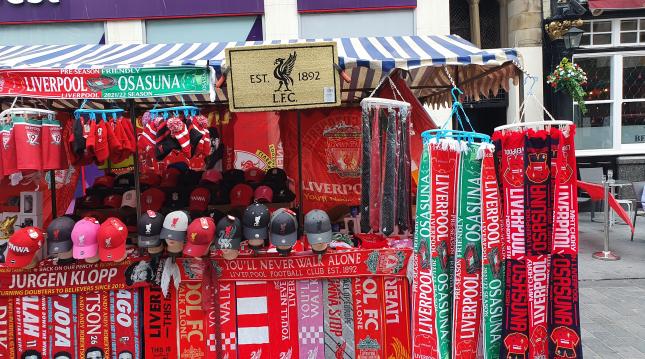 Sold out for the occasion

Osasuna, a Spanish team, put on sale merchandise to remember this great date, the units that were put on sale were insufficient because they were sold out in a few hours.

For the first time at Anfield

Liverpool and Osasuna will play their first match at Anfield, a match that will serve as a tribute to Michael Robinson. A total of two matches have been played between the two, the first in 1958 and the second in 1988 as a tribute to Sammy Lee.
2:01 PMa month ago

Do not miss a detail of the match with the live updates and commentaries of VAVEL. Follow along with us all the details, commentaries, analysis and lineups for this Liverpool vs Osasuna
1:56 PMa month ago

What time is Liverpool vs Osasuna match for Friendly Game?

This is the start time of the game Liverpool vs Osasuna of 9st August in several countries:

Alisson Ramses, Liverpool's Brazilian player, will be in goal and will use his reflexes to keep the ball out of the net. 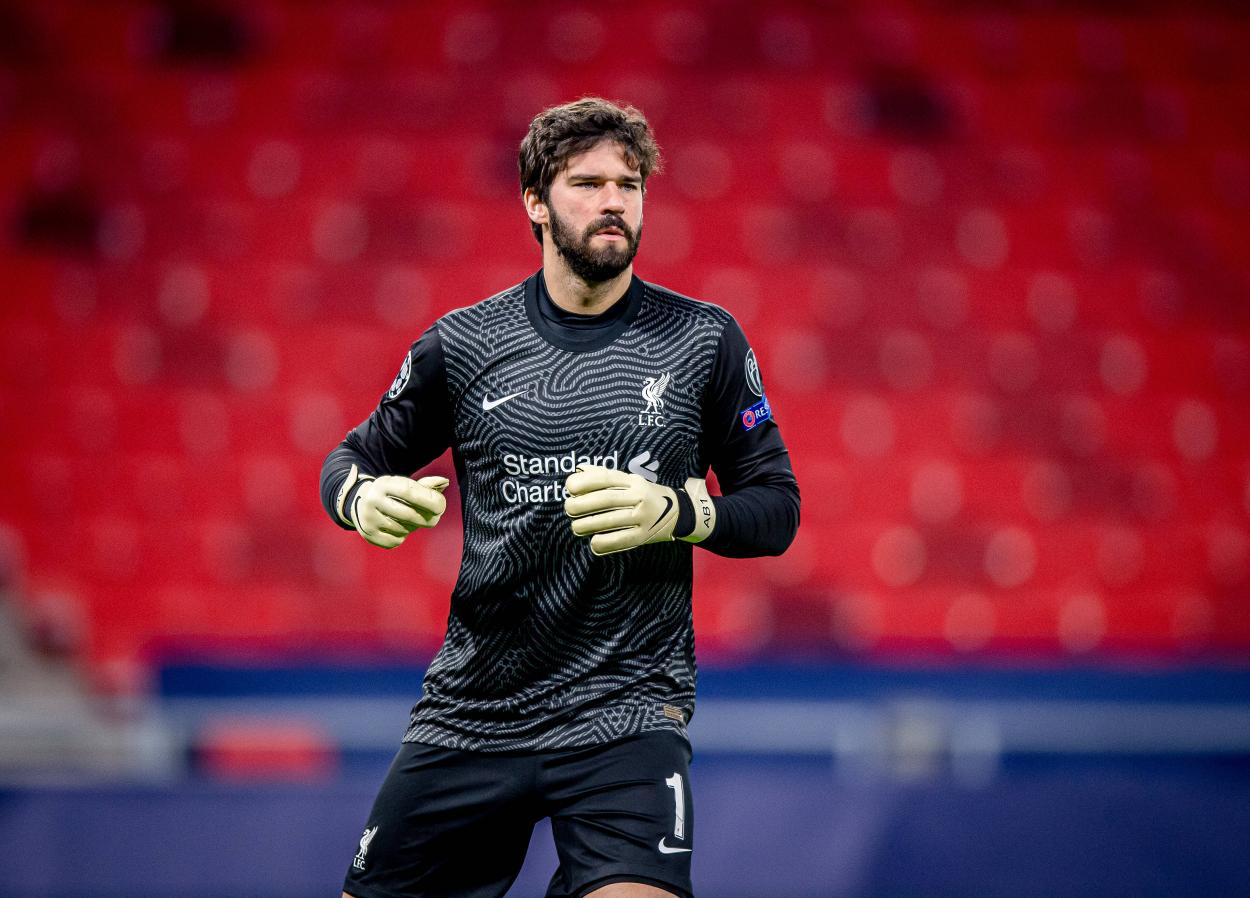 Ezequiel Avila, Argentinean player, will have to make his game count on the field in order to increase the score.
1:41 PMa month ago

The Spaniards will go into the match in high spirits after several victories in the preseason phase, while the red-and-white squad will make its debut in the competition next Saturday against Espanyol.

In this preseason, the home team has played 3 matches; one won, one drawn and one lost. They will try to take advantage of this last test before their match against Norwich on matchday 1.
1:21 PMa month ago

The Liverpool vs Osasuna match will be played at the Anfield Stadium. The kick-off is scheduled at 2 pm ET 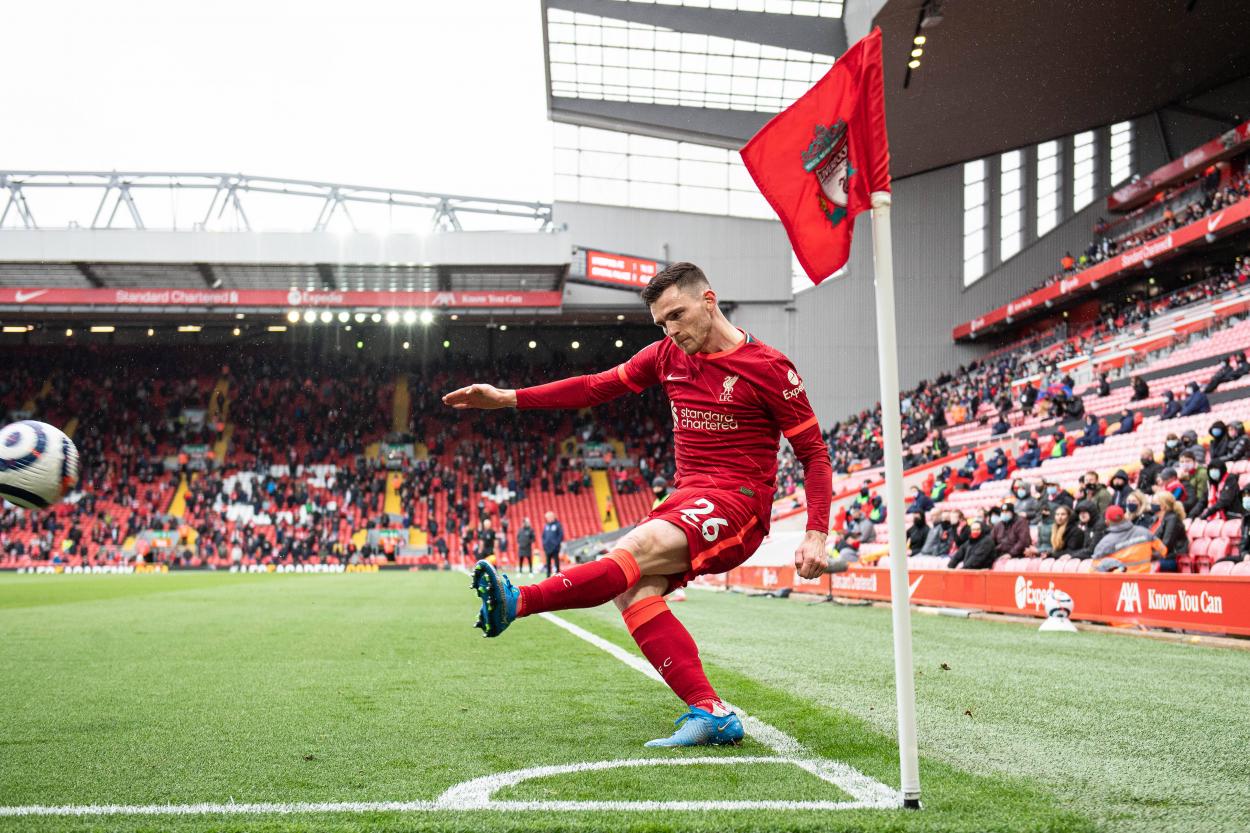 My name is Claudio Amelco and I’ll be your host for this game. We will provide you with pre-game analysis, score updates, and news as it happens live here on VAVEL

Chicago Fire vs New England Revolution preview: How to watch, kick-off time, team news, predicted lineups, and ones to watch 10 hours ago
//