WAS91
END8 hours ago

We thank you for your attention during the broadcast of this match. To keep up to date with the European Qualifiers for Qatar 2022, stay tuned to VAVEL.com.
3:42 PMa year ago

THE MATCH IS OVER! ✅

In the end, Poland tied a very difficult match against England.

Yellow card for Damian Szymański of Poland for removing his shirt.
3:40 PMa year ago

CROSS INTO THE ENGLISH BOX, SZYMANSKI HEADS IN AND SCORES THE EQUALIZEREEEE FOR POLAND. WHAT CRAZY
3:38 PMa year ago

LEWANDOWSKI RECEIVES IN THE ENGLISH AREA, SHOOTS WITH HIS RIGHT FOOT AND IT DOESN'T GO IN. IT WAS THE EQUALIZER
3:36 PMa year ago

Poland shows rebelliousness, but does not have enough to generate danger
3:29 PMa year ago

PICKFORD MAKES A MISTAKE WHEN TAKING THE BALL OUT FROM BEHIND, THE BALL HITS A POLACK AND ALMOST GOES IN. IT WAS THE BLOOPER OF THE MATCH
3:28 PMa year ago

Yellow card for Karol Linetty in Poland
3:25 PMa year ago

Yellow card for Tymoteusz Puchacz for Poland
3:20 PMa year ago

HARRY KANE STRIKES FROM OUTSIDE RIGHT FOR ENGLAND'S FIRST GOAL OF THE MATCH
3:18 PMa year ago

LEWANDOWSKI SHOOTS FROM THE OUTSIDE, BUT THE SHOT IS TOO WEAK. PICKFORD GETS IN ON THE BALL
3:16 PMa year ago

Grealish seeks partnership with Phillips, but the English don't understand each other
3:11 PMa year ago

MAGUIRE'S HEADER HITS THE POST, STERLING LOOKS FOR THE REBOUND AND THE PLAY IS DISALLOWED FOR OFFSIDE.

Sterling plays on the right, takes out an opponent, hits the ball and it bounces off a Polish player
3:02 PMa year ago

PHILLIPS SHOOTS AT THE POLISH GOAL AND THE BALL GOES WIDE.
2:59 PMa year ago

With the scores level, Poland and England go in search of a win
2:37 PMa year ago

Players start pushing each other in the middle of the pitch after the end of the first half.

Yellow cards for Glik for Poland and Maguire for England.

END OF THE FIRST HALF! ✅

Without much excitement, the first half of the match comes to an end
2:32 PMa year ago

England has no depth, moves the ball from one flank to the other, but does not reach the goal.
2:27 PMa year ago

Individual action by Sterling, but he loses the ball on the edge of the Polish box.
2:25 PMa year ago

The game is played in the middle of the court, when there is an attempt to attack, it is quickly cut off with a foul by both teams.
2:18 PMa year ago

Poland moves the ball from left to right, Morder shoots and does not find the goal.
2:16 PMa year ago

England start looking for the goal with Kane, unfortunately for him, he was not lucky
2:03 PMa year ago

England looks down the left, Mason Mount's right-footed shot is blocked by a Pole.
2:01 PMa year ago

Jakub Moder shoots at the English goal, but Pickford saves the ball.
1:57 PMa year ago

Very close match, none of them offering advantages, although Poland shows more
1:54 PMa year ago

Yellow card for Kalvin Phillips in England
1:53 PMa year ago

Glik tries a shot on goal for Poland, but it misses the target.
1:52 PMa year ago

Puchacz's shot for Poland but the ball is blocked.
1:50 PMa year ago

Robert Lewandowski concedes in an advanced position and it was a clear goal-scoring opportunity. It will be reviewed by VAR
1:48 PMa year ago

Poles and English already playing in Warsaw
1:40 PMa year ago

Everything is ready to start the protocol events at the National Stadium in Warsaw.
1:39 PMa year ago

last match between the two teams

The last match played by both teams in the context of the European Qualifiers for Qatar 2022 took place on Wednesday, March 31, 2021. On that occasion, England beat Poland 2-1.
1:21 PMa year ago

We are here to bring you the action of this great match between Poland and England.
5:05 AMa year ago

In a few moments we will share with you the starting lineups for Poland vs England live, as well as the latest information from the stadium. Follow the action with VAVEL's live online minute-by-minute coverage.
5:00 AMa year ago

What time is Poland vs England match for European Qualifiers?

Latest games between Poland vs England

In total, there have been 14 head-to-head encounters between the two teams. England have the advantage with nine wins, they have drawn four times and Poland have only won once.
4:50 AMa year ago

Harry Kane is not only the captain of England, he is the goal scorer and great referent of his national team. The 'Hurricane', as he is popularly known, is the most important player in the English attack, thanks to his goal-scoring power.

For many, Robert Lewandowski is the best striker in the world today. Despite his 33 years of age, Poland's center forward is a clear guarantee of a goal in the opponent's goal. 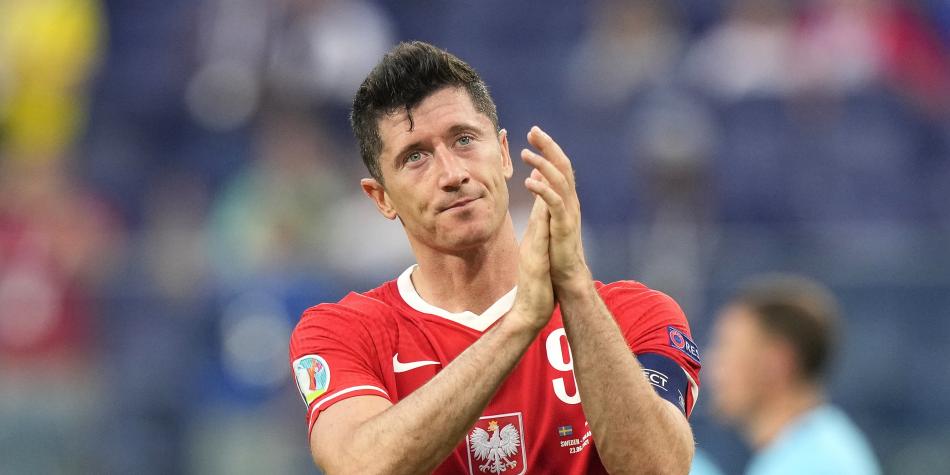 The Polish team is second in Group I with 10 points, five points behind England. Winning the direct duel against the English would mean a great opportunity to dream of getting closer and fight for the leadership of the zone.
4:30 AMa year ago

England has a perfect score in Group I. In total, the team coached by Gareth Southgate has obtained 15 points out of a possible 15 and for this reason they are in the first position.
4:25 AMa year ago

The match will be played at the Warsaw National Stadium

Built in 2012, the Warsaw National Stadium is the largest sports arena in the Polish capital. It has a maximum capacity of 58,580 spectators. 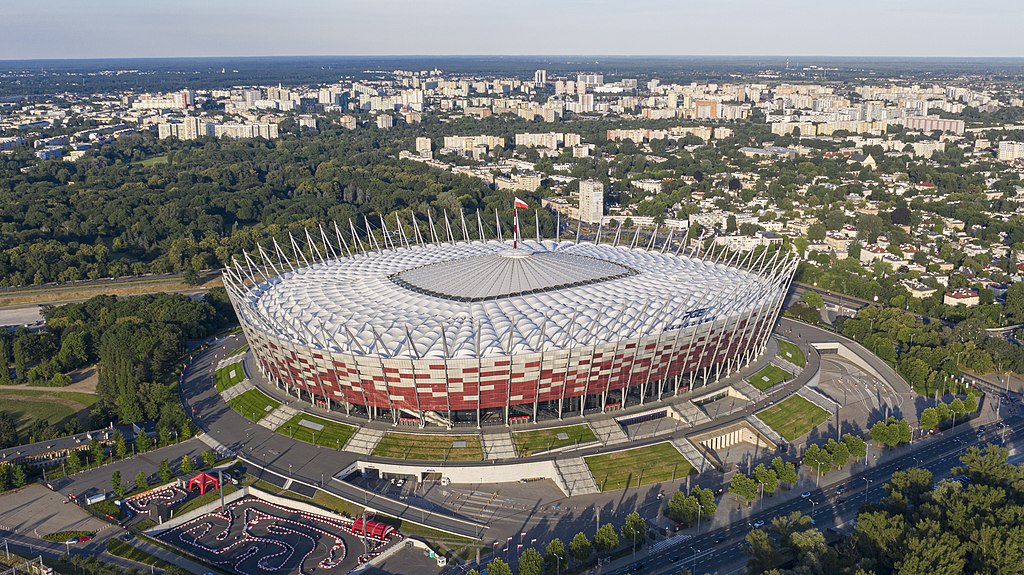