NOR0
END11 hours ago

Statistics of the match

PSG won 3-1 at home over Nantes, the goals came from Kylian Mbappe at minute 2', Dennis Appiah own goal at minute 81 and Lionel Messi at minute 87' for PSG, the discount for Nantes came from Randal Kolo Muani at minute 76'.
12:53 PM15 days ago

GOOOAAALLL for PSG, scored by Lionel Andrés Messi with a left-footed shot from outside the box, his first goal for PSG in Ligue 1.
12:45 PM15 days ago

Free kick for PSG following a foul on Lionel Messi on the edge of the Nantes box.
12:44 PM15 days ago

Goal for Nantes, scored by Randal Kolo Muani with a back-heel after a rebound in the box.
12:35 PM15 days ago

PSG, after being down to ten men, tried to counter-attack to get the second goal on the scoreboard.
12:31 PM15 days ago

After being left with an extra man, Nantes is trying to come alive and has a strong presence in PSG's half.
12:27 PM15 days ago

Red card for PSG after a foul by Keylos Navas on Ludovic Blas.
12:23 PM15 days ago

Nantes tries to get into their stride and has a short possession in PSG's half.
12:18 PM15 days ago

Another free kick for PSG after a foul on Neymar JR near the Nantes box.
12:15 PM15 days ago

Free kick for PSG following a foul on Lionel Messi on the edge of the Nantes box.
12:14 PM15 days ago

Dangerous arrival for PSG after an attempted cross from Hakimi that is intercepted by the Nantes goalkeeper.
12:05 PM15 days ago

Both teams head to their respective dressing rooms.
11:46 AM15 days ago

Two more minutes will be played in the first half.
11:45 AM15 days ago

PSG approach after a Neymar through ball that ends in a goal kick.
11:39 AM15 days ago

PSG had a dangerous chance after Messi's shot was saved by the Nantes goalkeeper.
11:35 AM15 days ago

PSG continues to take the initiative and Nantes continues to cut off play constantly with fouls.
11:30 AM15 days ago

PSG had a dangerous chance after Neymar JR's shot was saved by the Nantes goalkeeper.
11:25 AM15 days ago

Faced with PSG's initiative and dominance of the game, Nantes cuts the game short with constant fouls.
11:23 AM15 days ago

PSG continues to take the initiative in the match and stops all of its team in the opposition half.
11:18 AM15 days ago

PSG had a very dangerous chance after Lionel Messi's shot was saved by the Nantes goalkeeper.
11:17 AM15 days ago

Nantes' shot from half distance goes wide to the left of the goal.
11:14 AM15 days ago

Corner kick for Nantes following an attempted cross from the left.
11:07 AM15 days ago

After taking the lead, PSG continued to take the initiative and stopped a large part of their team in the opponent's half.
11:05 AM15 days ago

GOOOAAALLL for PSG, scored by Kylian Mbappe with his left foot after a rebound following a long-range shot.
11:03 AM15 days ago

Both teams and the refereeing team take the field at the "Parc des Princes" stadium.
10:49 AM15 days ago

Arrival at the stadium - PSG

In a few moments we will share with you the starting lineups for PSG vs Nantes live, as well as the latest information from "Parc des Princes" Stadium. Don't miss a detail of the match PSG vs Nantes live updates and commentaries of VAVEL.
10:21 PM16 days ago

How to watch PSG vs Nantes live on TV and online?

What time is PSG vs Nantes?

One of the players to watch out for at Nantes is Ludovic Blas, the 23-year-old attacking midfielder has made 12 appearances so far this season in Ligue 1, scoring six goals and not yet adding any assists.
10:01 PM16 days ago

One of the most outstanding players in PSG is Kylian Mbappe, the 22-year-old attacker is the scorer of his team in the current edition of the League, because in 12 games he has played he has scored seven goals, in addition to six assists.
9:56 PM16 days ago

Nantes so far in Ligue 1 is an irregular team, as it is in 11th place in the standings with 18 points, this after playing 13 matches of which it won five, drew three and lost five, it has also scored 18 goals and conceded 16, for a goal difference of +2.

PSG is so far the best team in Ligue 1 and this is reflected in the standings in which it occupies the first place with 34 points, ten points ahead of second place Lens, this position after playing 13 games of which won 11, drew one and lost one, has also scored 29 goals and has only conceded 13, for a goal difference of +16.

The match will be played at the "Parc des Princes" Stadium

The match between PSG and Nantes will take place at the "Parc des Princes" stadium in the city of Paris (France), this stadium is where PSG and sometimes the French national soccer team play their home matches, it was built in 1972 and has a capacity for approximately 47,950 spectators. 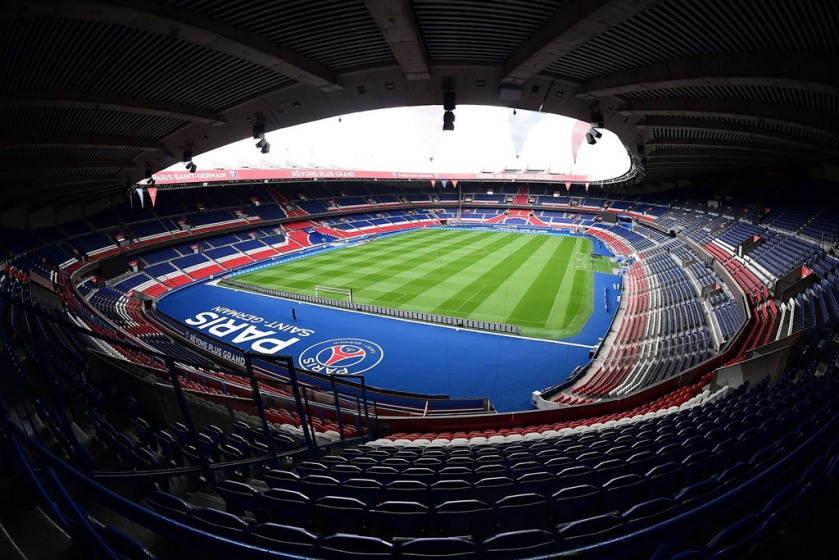 Hello everyone! Welcome to the live broadcast of the PSG vs Nantes match, valid for the 14th date of Ligue 1 2021-2022.
My name is Ismael Silva and I will be your host for this match. We will offer you pre-match analysis, score updates and live news, here on VAVEL.

Philadelphia Union hit by COVID protocols; three brought in through Extreme Hardship for Eastern Final against NYCFC 17 hours ago
//