ALA0
ENDa day ago

Mahrez shot at goal, but the ball goes into the stands.
4:41 PMa month ago

Goal, City goal! The seventh arrived, after a great cross, Aké rises inside the box and embeds the ball in Meslier's net.
4:39 PMa month ago

Goal, goal, goal for City! The home side took advantage of a bad service, and De Bruyne ended up sending in a tremendous shot to make it five.
4:21 PMa month ago

Close! Dallas appears and sends a shot, but the ball goes wide.
4:13 PMa month ago

Mahrez's free-kick cannoned in, but Meslier ended up deflecting the ball away.
4:09 PMa month ago

Goal, goal, goal for City! Mahrez shoots to the far post and the ball goes into the net.
4:08 PMa month ago

The action resumes for the second half.
4:07 PMa month ago

Excellent intervention by Ailyng, preventing them from shooting for the fourth.
3:42 PMa month ago

Close! Folden's shot, but the ball passes close to the goal; Leeds are not yet in the match.
3:34 PMa month ago

Goal, goal, goal for Manchester City! Kevin De Bruyne appears inside the box, sends a shot and the goalkeeper can't prevent the third.
3:29 PMa month ago

De Bruyne's cannonball, but Meslier ends up preventing the third from going in.
3:27 PMa month ago

Leeds tries, but fails to generate danger in the Manchester area.
3:20 PMa month ago

De Bruyne's attempt at a shot is off-target, but it's off-target.
3:15 PMa month ago

Goal, goal, goal for Manchester City! Grealish appeared after a corner kick and with a lethal header, increases the home team's lead.
3:09 PMa month ago

Goal, goal, goal for Manchester City! Rodri's attempt, the goalkeeper prevents the play from growing, but Foden ends up sending the ball into the back of the net.
3:08 PMa month ago

Silva's shot ends up just wide of the goal.
3:05 PMa month ago

The actions begin in Manchester.
3:03 PMa month ago

The Etihad is ready to welcome Manchester City and Leeds United in this seventeenth matchday.

With Bielsa at the helm, Leeds are already at the Etihad and will be looking to start to pull away and make it three out of three.
2:44 PMa month ago

Manchester City are already at the Etihad, where they will be looking for three points to continue to stay at the top of the Premier League table. 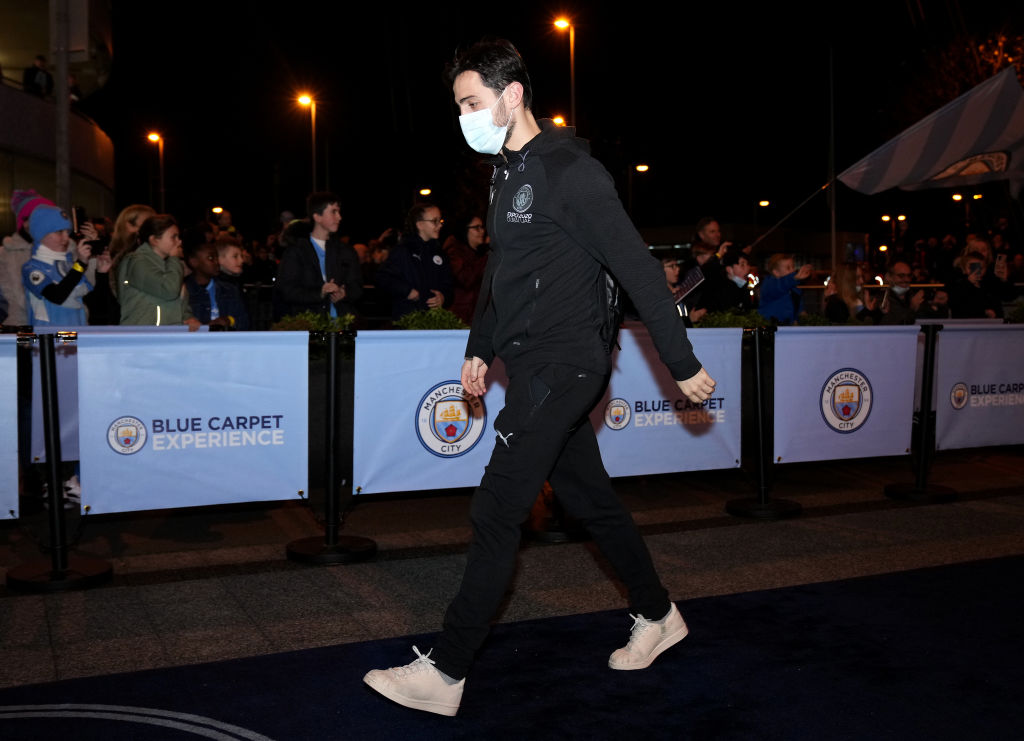 To break the streak

Manchester City has not won since 2003 against Leeds, so they will be looking to reverse the statistics and beat United again.
2:29 PMa month ago

Rowing against the tide

Leeds United is five points away from the relegation zone, so it is urgent to add points to move away from this situation.
2:25 PMa month ago

Marcelo Bielsa spoke before the match: "We know Manchester City's players well, as well as their characteristics. Their way of attacking has to be analyzed collectively and not individually".
2:16 PMa month ago

The Premier League has already suspended two matches due to outbreaks of covid in two teams, so if the situation continues in this way, the continuity of the tournament could be at risk.
2:11 PMa month ago

Manchester City comes into this match on the back of six consecutive victories, and will be looking to reach a seven-game unbeaten streak.
2:06 PMa month ago

Welcome to the minute by minute of the match between Manchester City and Leeds, matchday 17 of the Premier League. We will shortly share with you the most relevant information, as well as the confirmed lineups.
2:01 PMa month ago

Stay tuned for the Manchester City vs Leeds live stream.

In a few moments we will share with you the Manchester City vs Leeds live starting lineups, as well as the latest information from the Etihad Stadium. Don't miss any details of the match with VAVEL's minute-by-minute live online coverage.
1:56 PMa month ago

How to watch Manchester City vs Leeds Live Stream on TV and Online?

If you want to watch the game Manchester City vs Leeds live on TV, your options is: Telemundo Deportes.

Pep Guardiola spoke ahead of the game against Leeds: "Whenever we play against them we know and we feel that they are one of the toughest opponents".

"They are going to play in a way that we are not used to in this kind of games. At the same time, it's at the Etihad, we know there will be a lot of people there and we want to play a good game."

"You've seen the stats and the style. There is no game where they don't create more chances than the opponent. We will have to adapt to try to do what we want to do."

"Bamford was injured for a long time. Phillips as well. Some important players. But if there's one person who doesn't complain about what's going on, it's Marcelo. He loves to work when the situation is difficult."

"But if there's one person who doesn't complain about what's going on, it's Marcelo. He loves to work when the situation is difficult."

"Grealish doesn't have to do anything different. The way he's playing is good. What he has to do is play and feel like he knows what he has to do. He has to do exactly what he's doing. No more than that. The rest will come in time."

Leeds has not had a good season at all, currently in 15th place with 16 points and coming off the back of a three goals to two defeat to Chelsea. 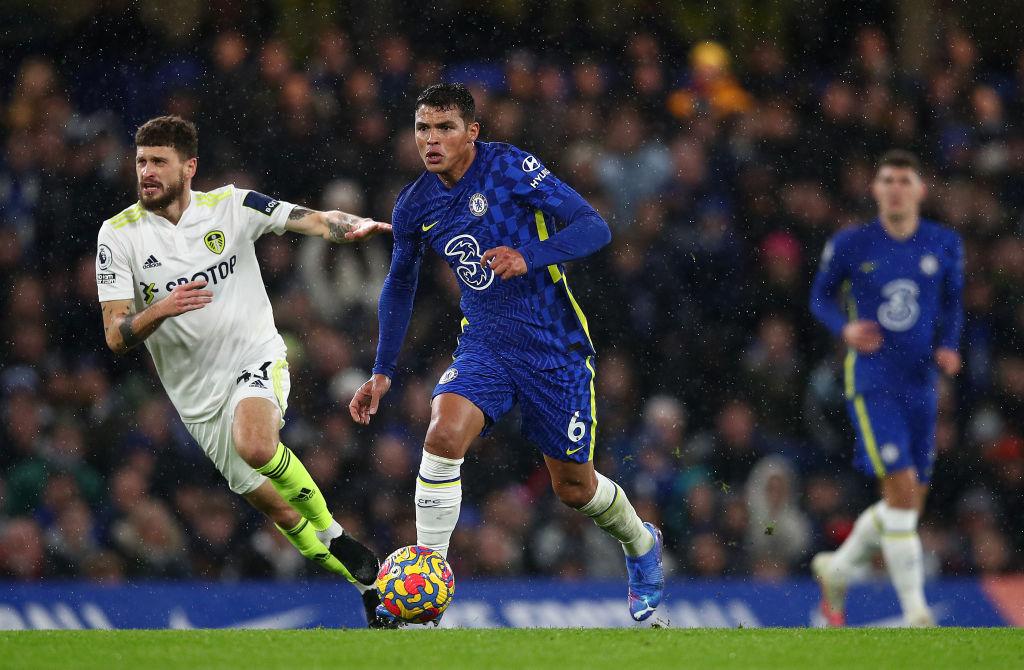 Manchester City comes to this match after beating Wolves by the minimum, and has also had a good run and is located in the first position of the general table with 38 points. 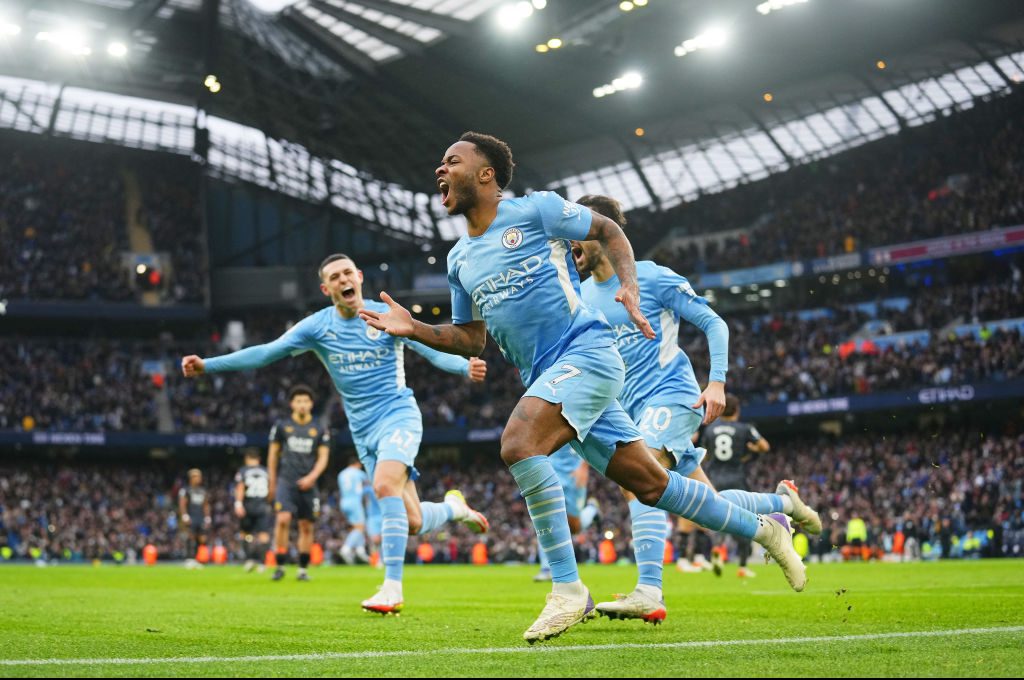 The match will be played at the Etihad Stadium.

The Manchester City vs Leeds match will be played at the Jalisco Stadium, located in Manchester, United Kingdom. The capacity of the stadium is 55,097 people.
1:31 PMa month ago