Thank you for following this match on VAVEL USA. Until the next time.
4:58 PMa year ago

The referee adds three minutes to the match.
4:49 PMa year ago

Marco Asensio's shot goes over the top and misses the second goal.
4:45 PMa year ago

Great save by Maximiano after a shot by Asensio inside the area.
4:41 PMa year ago

Granada: Uzuni and Milla are out; Rochina and Arezo are in.
4:38 PMa year ago

After consulting the VAR, the referee decides not to award a penalty to Madrid.
4:37 PMa year ago

Yellow card for Marco Asensio for removing his shirt.
4:32 PMa year ago

Granada: Antonio Puertas and Alex Collado are out; Dani Raba and Petrovic are in.
4:26 PMa year ago

Real Madrid: Isco and Rodrygo are out; Jovic and Hazard are in.
4:21 PMa year ago

ASENSIO! First time shot that goes near the left post. Granada does not lose by miracle.
4:18 PMa year ago

Rodrygo's cross shot is deflected by Maximiano. Granada is saved.
4:13 PMa year ago

A series of rebounds in the box where Modric takes the ball and shoots, but his shot bounces off the defense.
4:11 PMa year ago

A good cross from Carvajal that Isco just misses.
4:05 PMa year ago

Marcelo's cross was looking for Valverde, but Maximiano anticipates and cuts off Madrid's dangerous move.
4:04 PMa year ago

The second half begins.
3:48 PMa year ago

The referee adds one minute to the first half.
3:44 PMa year ago

MADRID IS SAVED! A cross into the area where Suárez cuts back, but his shot passes dangerously close to goal.
3:38 PMa year ago

SUAREZ! Luis had the first goal after entering the area alone, but his shot was not powerful enough to be saved by Courtois.
3:35 PMa year ago

KROSS! Shot from the German in the left corner of the area. The ball passes very close to Granada's crossbar.
3:34 PMa year ago

With a triangulation inside the area, Rodrygo is encouraged to shoot, but the goalkeeper deflects for a corner kick.
3:33 PMa year ago

ALMOST AN AUTOGOAL! Trying to deflect a cross, Neva deflects the ball that hits the crossbar and almost scores an own goal.
3:28 PMa year ago

Rodrygo was looking for the ball in the box after a long pass, but Maximiano anticipated and snatched the ball away.
3:25 PMa year ago

Kross's cross was looking for Camavinga, but the visiting defense anticipates and avoids the goal threat.
3:19 PMa year ago

The medical team comes in to attend to Gonalons, who is suffering from leg pain.
3:17 PMa year ago

In the first fifteen minutes of the match, both teams had few dangerous chances.
3:14 PMa year ago

Kroos' free kick was headed inside the box by Isco, but the ball hit a defender.
3:06 PMa year ago

Courtois! Great save by the goalkeeper after a goal-bound shot from Granada.
3:05 PMa year ago

The match has started!
2:55 PMa year ago

Stay tuned as the match between Real Madrid and Granada is about to start.
2:53 PMa year ago

Both teams are already on the pitch at the Santiago Bernabéu Stadium doing warm-up exercises prior to the match, which is just minutes away from kick-off. 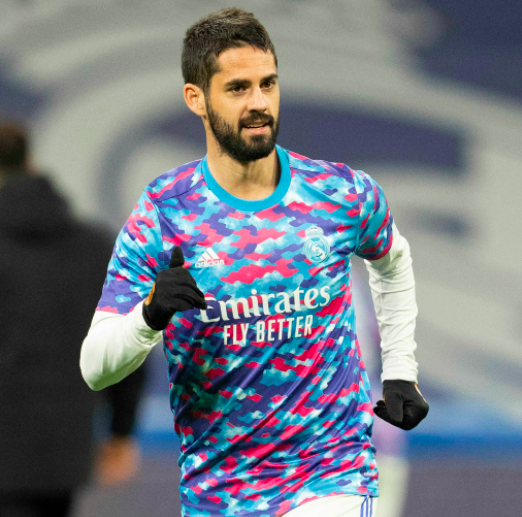 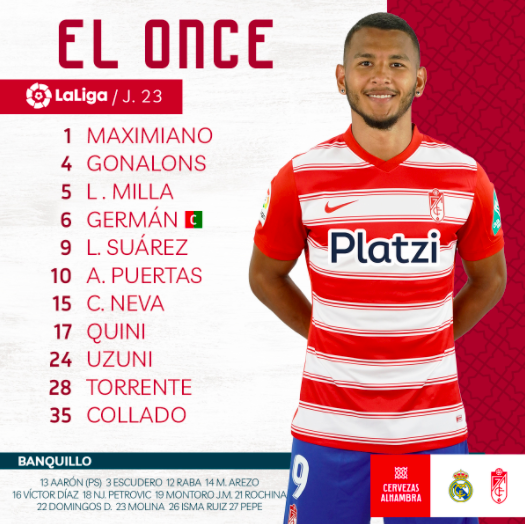 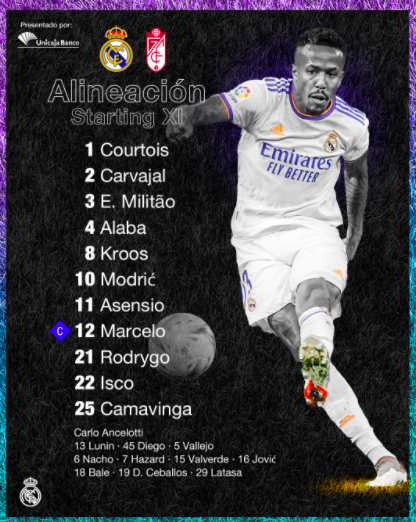 On the other hand, the visitors will only have the absence of Santiago Arias due to the fact that he has not been able to recover from a muscle tear.
2:33 PMa year ago

For this matchday's game, Carlo Ancelotti will have important absences, among which Benzemá, Real Madrid's current top scorer, stands out. He will be joined by Mendy and Mariano due to injury, while Vinicius will also be unavailable due to an accumulation of cards.
2:28 PMa year ago

With the respective health measures in place, both Real Madrid and Granada have already arrived at the Santiago Bernabeu stadium for this afternoon's match. 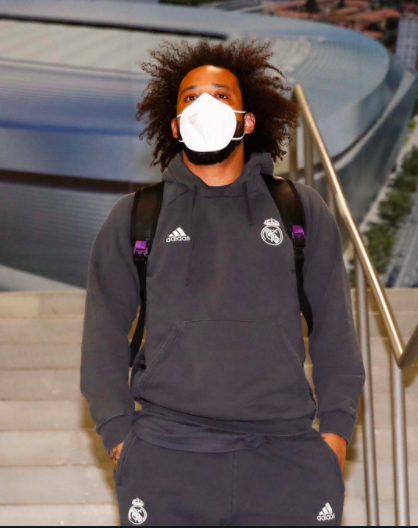 In the history of matches between Real Madrid and Granada, the Merengues have the advantage with 30 victories to only 6 for the Grenadians. These teams have drawn on 8 occasions. In their most recent meeting, Madrid won away by a score of 1-4.
2:18 PMa year ago

The stadium that will host this match is the Santiago Bernabeu Stadium, a venue owned by Real Madrid. This stadium is located in the city of Madrid, Spain. It was inaugurated in December 1947 and has a capacity for a little more than 81 thousand spectators. The Bernabeu is considered an 'Elite Stadium' according to UEFA. 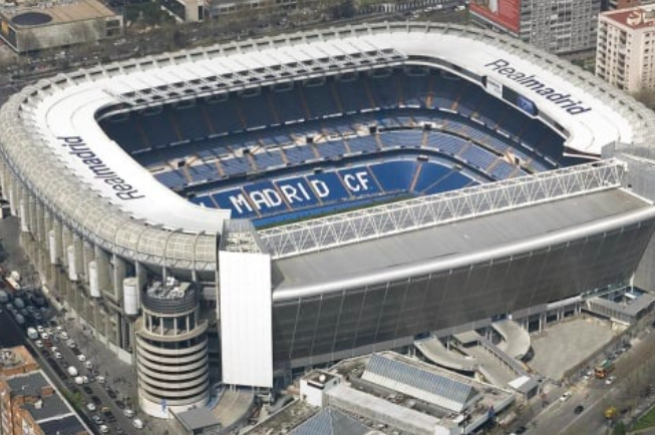 The match between Real Madrid and Granada at the Santiago Bernabeu Stadium is just under an hour away. The Merengues want to take advantage of their home advantage and shake off the bad feeling of elimination in the Copa del Rey, while Granada wants to continue to stay away from relegation. Will either team manage to win? Don't miss our coverage on VAVEL Mexico.
2:08 PMa year ago

Do not miss a detail of the match with the live updates and commentaries of VAVEL. Follow along with us all the details, commentaries, analysis and lineups for this Real Madrid vs Granada match.
2:03 PMa year ago

How to watch Real Madrid - Granada Live Stream on TV and Online?

If you want to watch the game Real Madrid - Granada  live on TV, your options is: ESPN+

Jorge Molina: An experienced center forward who, at almost 40 years of age, has earned his place in the Granada starting lineup by scoring goals. Currently, he is the team's top scorer with 7 goals in the season and already knows what it is like to score against Real Madrid, up to six times. 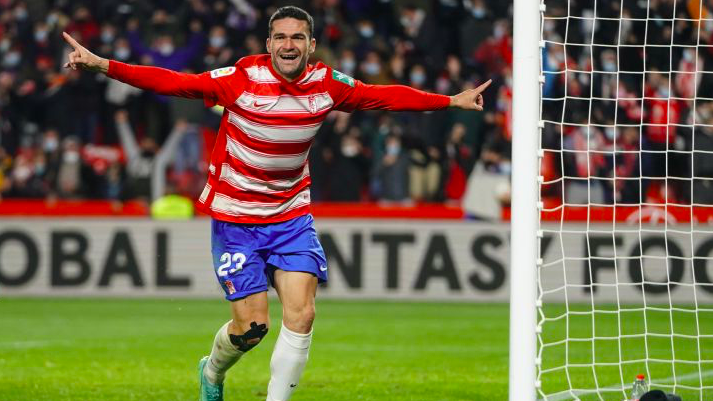 Luka Modric | A pillar in Real Madrid's midfield is the Croatian who not only contributes up front, but also in defense. Modric is characterized by his long passes and filtered passes that will be of great help if they want to beat Granada. He currently has four assists on the season. 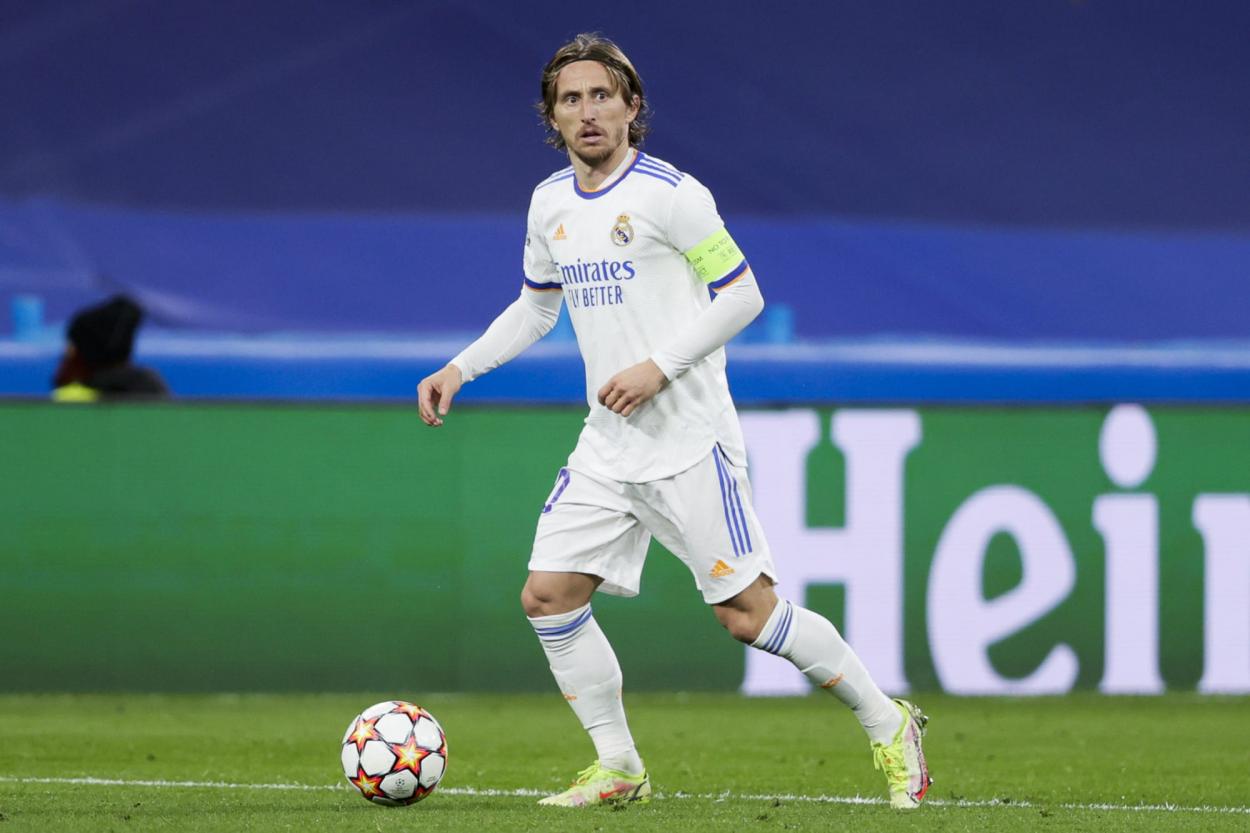 Granada: Win to move further away from relegation

On the other hand, the squad coached by Robert Moreno wants to continue adding points to move away from the relegation zone. They are six points ahead of 18th-placed Cádiz. In their last matches in LaLiga they have not fared so well since they have not won in the competition so far this year and they have not won since December last year when they did so against Atlético de Madrid. Currently, Granada is in 16th place in the table with 24 points after 5 wins, 9 draws and 8 defeats, the most recent in their last LaLiga match against Osasuna by a score of 0-2. 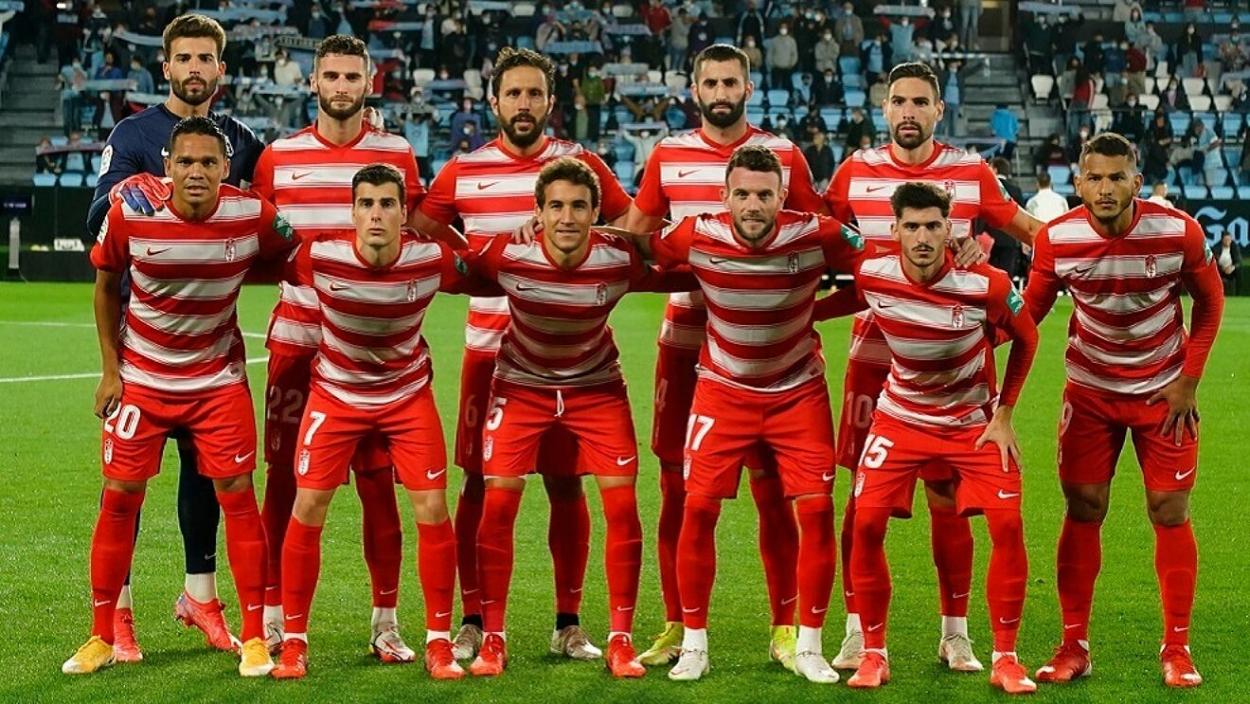 The Merengue team, led by Carlo Ancelotti, is alone at the top of the table as the absolute leader of LaLiga with 50 points, three points ahead of Sevilla, who is in second place. Benzema's injury has caused Real Madrid to drop points and play-offs, as was the case in the last match in the Copa del Rey when they lost by the minimum against Athletic Bilbao, leaving them out of the competition. In their home league, Los Merengues are coming from a hard-fought 2-2 draw against Elche. Ancelotti's men do not want to drop any more points to stay as leaders after 15 wins, 5 draws and 2 defeats. 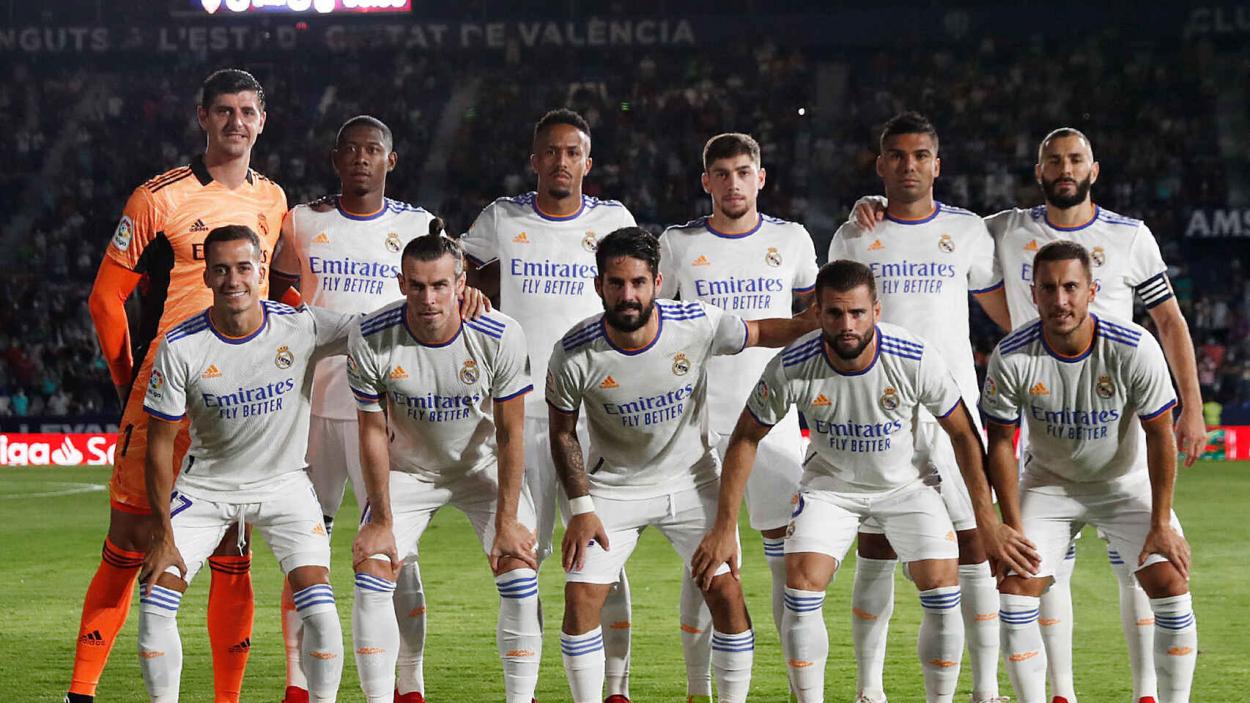 The match will be played at the Stadium Santiago Bernabeu

The Real Madrid vs Granada match will be played at the Santiago Bernabeu Stadium, in Madrid, Spain. The kick-off is scheduled at 3 pm ET.
1:18 PMa year ago

This Sunday, LaLiga activity resumes with the 23rd matchday in this new semester, with a match between two teams that are going through very different realities. On the one hand, Real Madrid wants to maintain the leadership of the competition, while Granada wants to keep moving away from the relegation zone.
1:13 PMa year ago