Thank you for following the Scottish Premiership match between Rangers and Aberdeen.
12:53 PM3 months ago

After a shot and a series of rebounds, Roofe sends the ball into the net for the 1-0 lead.

Lundstram in and Kamara out, Rangers change.

Ramsay in and Hayes out, Aberdeen change.

Jack with the mid-range shot right at the goalkeeper.
12:23 PM3 months ago

McCkenzie comes on and McLennan comes off, Aberdeen change.

Ryan Kent controls at the far post and sends a shot that goes over the top with a defensive deflection.
12:13 PM3 months ago

Sakala and Barisic come out

Sakala manages to make the leap to the far post, but his header hits the outside of the net.
12:03 PM3 months ago

Sakala with the shot with a lot of power and it goes straight into the stands.
11:58 AM3 months ago

Fashion Sakala anticipates at the near post and heads the ball over the top of the goal.
11:48 AM3 months ago

The second half begins between Rangers and Aberdeen.
11:43 AM3 months ago

Aribo with a diving header that crashes into the defensive wall.
11:33 AM3 months ago

Fashion Sakala has a header at the far post, but it goes wide.
11:28 AM3 months ago

Glen Kamara with the overrun and cross that the Aberdeen defense manages to deny.
11:23 AM3 months ago

Aribo continues to be very involved and now tries a mid-range shot that goes wide.
11:18 AM3 months ago

Aberdeen's Declan Gallagher has been cautioned.
11:13 AM3 months ago

Joe Aribo up top at the far post and volleys his shot wide after not making good contact.
11:08 AM3 months ago

Aribo tried to drive, but the defense swept in to steal the ball from him.
11:03 AM3 months ago

Short cross to the near post that Aberdeen's defense rejects without any problem.
10:58 AM3 months ago

Aberdeen presses in the opponent's field and does not allow them to come out comfortably.
10:53 AM3 months ago

Morelos with a mid-range shot from a wall on the edge of the area that went wide.
10:48 AM3 months ago

The match between Rangers and Aberdeen kicks off.
10:43 AM3 months ago

We are minutes away from kick-off between Rangers and Aberdeen in the Scottish Premiership.
10:38 AM3 months ago

Everything is ready at Ibrox Stadium for this special day and the weather conditions will be very good, clear, to host this commitment. 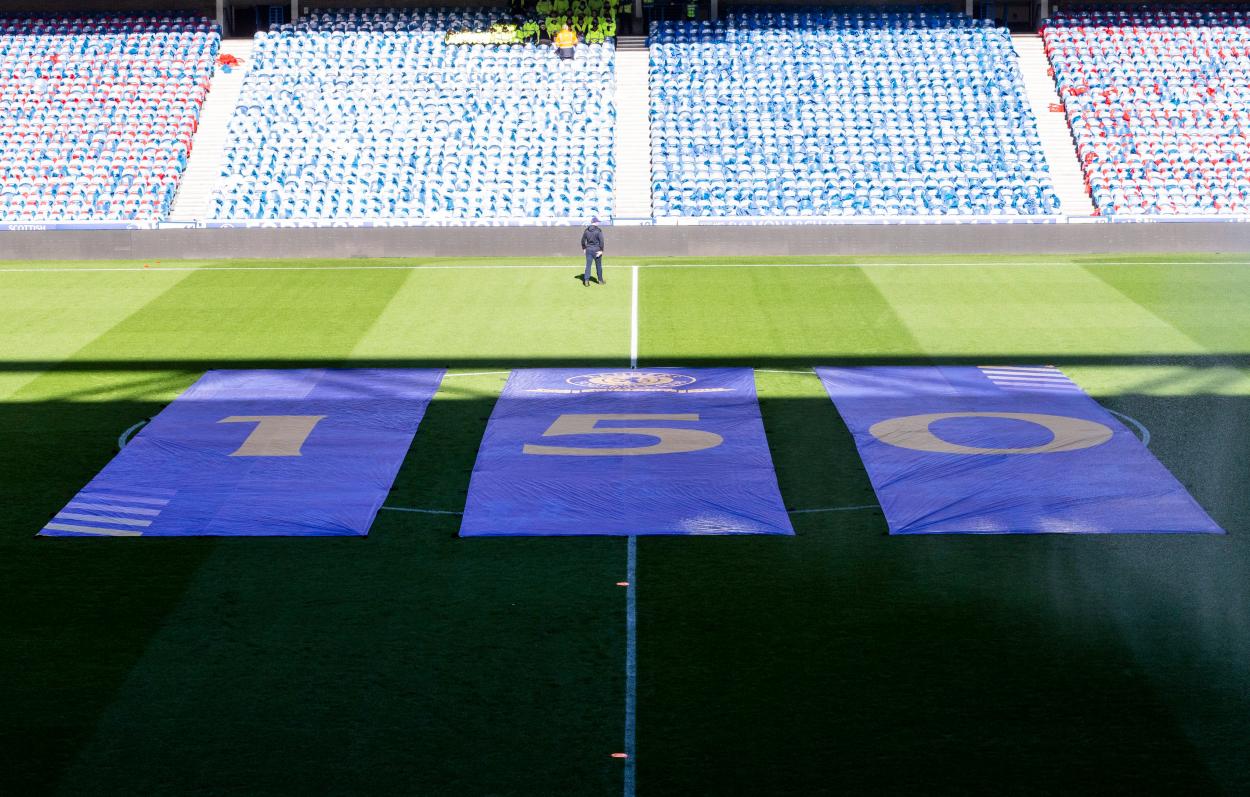 Rangers, one of the longest-running teams not only in Scotland but in the world, was founded 150 years ago and this Saturday they will be looking to celebrate with a win.

Meanwhile, Aberdeen has had a campaign to forget as they are in tenth place overall and in midweek lost to Hearts by a score of 2-0.
9:58 AM3 months ago

Rangers defeated St. Johnstone in midweek by the narrowest of margins to remain just three points behind leaders Celtic in what should be a tight end to the season.
9:53 AM3 months ago

A vital game for Rangers in their aspirations to become Scottish Premiership champions as they host an ailing Aberdeen. We begin with VAVEL's coverage of the game.
9:48 AM3 months ago

Do not miss a detail of the match with the live updates and commentaries of VAVEL. Follow along with us all the details, commentaries, analysis and lineups for this Rangers vs Aberdeen match for the Scottish Premiership 2022.
9:43 AM3 months ago

What time is Rangers vs Aberdeen match for Scottish Premiership 2022?

This is the kickoff time for the Rangers vs Aberdeen match on March 4th in several countries:

Aberdeen has 10 games in a row without a win, although the most recent two were draws on both fields; the last win came in the Cup in 2019 as visitors and with a score of 0-2.

American Christian Ramirez has also had an outstanding season as one of the league's top scorers with 10 goals, although he has done so in 28 games, so he will be the player to watch this Saturday.
9:28 AM3 months ago

Regardless of whether this team is champion or not, the performance of Alfredo Morelos has been very good with 12 goals in 23 games and, undoubtedly, some important European team could keep an eye on him for the next transfer market.
9:23 AM3 months ago

Aberdeen: giving away the bell

It hasn't been the best season for Aberdeen who couldn't even place in the top 5 of the league, however, they will try to give the bell away and put the foot in the opponent's mouth, remembering that they are also already eliminated from the Cup.
9:08 AM3 months ago

Rangers: stay in the fight

Rangers is only three points behind the leader Celtic and on the final stretch of the championship they want to aspire to be champions of Scotland still, reason why they are not allowed to let points go and much less at home.
9:03 AM3 months ago

The Rangers vs Aberdeen match will be played at the Ibrox Stadium, in Glasgow, Scotland. The kick-off is scheduled at 10:00 am ET.
8:58 AM3 months ago

Welcome to VAVEL.com’s LIVE coverage of the Scottish Premiership 2022: Rangers vs Aberdeen!

Toronto FC vs Chicago Fire preview: How to watch, kick-off time, team news, predicted lineups, and ones to watch 19 hours ago
//