It's over! Lyon fail to take the lead in the first leg.
5:04 PMa month ago

Close! Ekambi's shot is blocked by Aréola.
4:56 PMa month ago

Change of Lyon. Mendes comes off for Denayer.
4:51 PMa month ago

Ndombelé arrived with danger, but the local defense denied the ball.
4:43 PMa month ago

Lopez's handball ends up preventing West Ham from heading into his own net.
4:40 PMa month ago

Service to the far post, but Emerson appears to prevent the play from growing.
4:32 PMa month ago

Goal, goal, goal for Lyon! Ndombelé takes advantage of a ball left in the box to level the score.
4:31 PMa month ago

Lyon changes. Boateng and Faivre are replaced by Ekambi and Martins.
4:29 PMa month ago

Close! Bowen's ball to Antonio, but the player can't get there and the defense clears the ball.
4:19 PMa month ago

Goal, goal, goal for West Ham! Bowen steals the ball after a mistake by Boateng and ends up sending the ball into the back of the net.
4:15 PMa month ago

Gusto's service looking for Dembélé, but the Hammers push the ball away.
4:13 PMa month ago

The match between West Ham and Lyon restarts.
4:10 PMa month ago

At the end of the first half, the score is still scoreless, but West Ham is already down by one.
3:51 PMa month ago

He's leaving! After a foul on Dembélé, the referee decides to send off Cresswell after a foul in front of goal.
3:44 PMa month ago

Emerson's shot and Curtis intervenes to clear the ball.
3:34 PMa month ago

Mendes intervened correctly and prevented the play from escalating.
3:28 PMa month ago

Great intervention by Gusto, who ends up taking the ball away from Benrahma.
3:21 PMa month ago

A great defensive rejection by the home team prevented Paquetá and company from shooting at goal.
3:11 PMa month ago

The match started back and forth, with both teams looking to generate, but unable to reach the opposing goal.
3:04 PMa month ago

The first 90 minutes of this series are underway.
2:59 PMa month ago

Both teams are taking the field and warming up before the start of this important match.
2:51 PMa month ago

With Wet Ham already at home, they will be looking to use their home advantage to their advantage in this first match.
2:46 PMa month ago

Lyon are already in London and will be looking for a win tonight in this difficult encounter.
2:41 PMa month ago

The London venue is looking spectacular to welcome these two teams for the first of two matches that are sure to spark the crowd on the pitch.

This place is going to be electric tonight. #WHUOL | #UEL pic.twitter.com/jZuoGC1sd0

West Ham and Lyon use the first and second places in the Europa League, differing only in goals scored, so a pleasant duel is expected.
2:31 PMa month ago

This will be the jersey that West Ham will wear for the first leg quarter-final of the Europa League, a pleasant encounter is expected, with both teams proposing 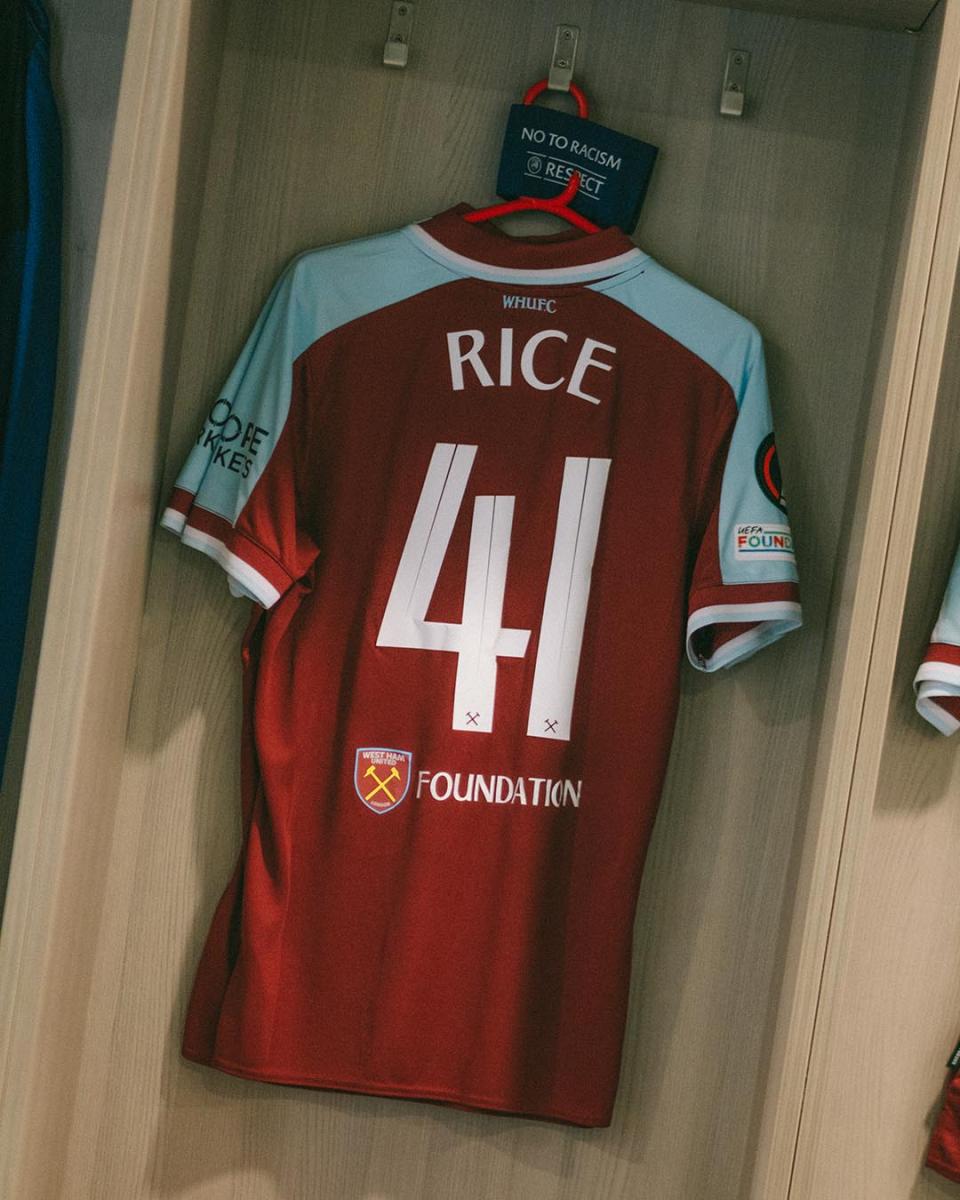 Lyon are unbeaten against English teams in their last six matches, most recently knocking Manchester City out of the quarter-finals.
2:21 PMa month ago

This will be the first meeting between West Ham and Lyon; the last time West Ham faced a French team was in 199 when they beat Metz by a landslide.
2:16 PMa month ago

Good afternoon, we're back to bring you the minute-by-minute coverage of the match between West Ham and Lyon. We will shortly share with you the most relevant information about both teams as well as the confirmed line-ups.
2:11 PMa month ago

Stay tuned for the West Ham vs Lyon live stream.

In a few moments we will share with you the starting lineups for West Ham vs Lyon live, as well as the latest information from the Olympic Stadium in London. Keep an eye on the action with VAVEL's minute-by-minute live online coverage.
2:06 PMa month ago

How to watch West Ham vs Lyon Live Stream on TV and Online?

If you want to watch the game West Ham vs Lyon live on TV, your options is: TUDN.

David Moyes spoke ahead of the Lyon game: "We don't know what we'll find because we haven't played them. We've seen a lot of French league games, that's for sure. We're looking forward to this game because it's a big occasion for us, for West Ham. We want to keep the streak going.

"We know that favoritism has to be earned and proven. I think it's very difficult to consider us favorites, because we're new at this and Lyon have a lot of experience.

"They are a very big club, very important in France. We know we have to work hard to get through. It's going to be very difficult. We have a lot of respect for them for everything they have achieved in recent years. Many people consider them a Champions League club, because they have been there many times. I remember two or three years ago I worked for Uefa and I went to see them against Juventus. It wasn't that long ago that they were playing against the best in the world."

Aiming for a surprise

Lyon come into this match after beating Angers by three goals to two; they also defeated Porto in the Round of 16 in emphatic fashion. 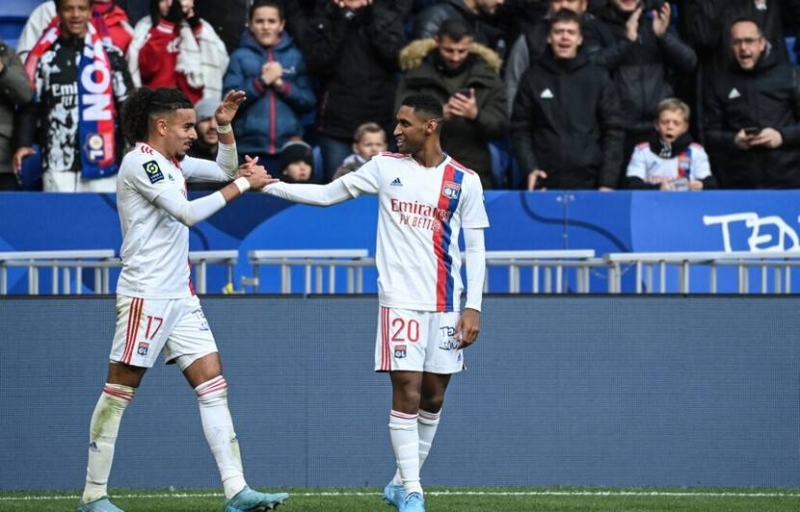 Aiming for an upset

West Ham comes to this duel after beating Everton two goals to one, in addition to defeating Sevilla on penalties in the round of 16. 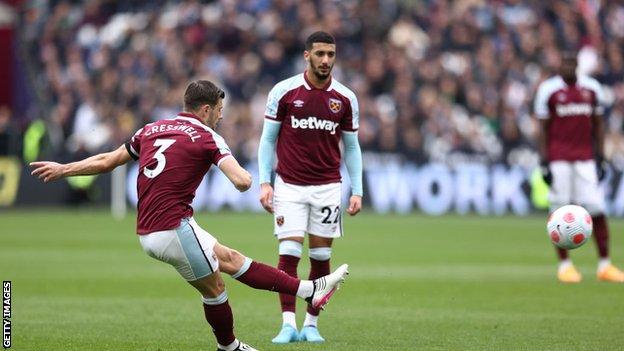 The West Ham vs Lyon match will be played at the London Olympic Stadium, located in London, England. The stadium has a capacity of 80,000 people.
1:31 PMa month ago