THANK YOU FOR FOLLOWING THE REBROADCAST ON VAVEL

Thank you for following the Real Madrid vs Espanyol coverage on VAVEL, we invite you to keep visiting the VAVEL site to keep up to date with everything that is happening in the world of sports.
12:11 PM16 days ago

The game ends on the Santiago Bernabeu pitch, Real Madrid is crowned champion of LaLiga 2021-22 against Espanyol after winning, winning and scoring by a score of 4-0.
12:04 PM16 days ago

Karim Benzema (Real Madrid) left footed shot from the center of the box to the bottom left corner. Assisted by Vinícius Júnior.
11:58 AM16 days ago

Offside, Real Madrid. Karim Benzema tries a through ball, but Vinícius Júnior is caught offside.
11:52 AM16 days ago

GOOOOOOOOOL FOR REAL MADRID! GOAL BY MARCO ASENSIO!
11:31 AM16 days ago

Marco Asensio (Real Madrid) left footed shot from outside the box is close, but misses to the right. Assisted by Eduardo Camavinga.
11:28 AM16 days ago

Yangel Herrera (Espanyol) header from the center of the box is too high. Assisted by Tonny Vilhena with a cross following a corner.
11:01 AM16 days ago

This is how Real Madrid took the lead on the scoreboard.

Mariano (Real Madrid) header from the center of the box is close, but misses to the right. Assisted by Luka Modric with a through ball.
10:39 AM16 days ago

Raúl de Tomás (Espanyol) header from the center of the box misses to the left. Assisted by Sergi Darder following a set piece situation.
10:34 AM16 days ago

Mariano (Real Madrid) hits the left post with a header from the left side of the six yard box. Assisted by Casemiro with a headed pass following a corner.
10:29 AM16 days ago

Javier Puado (Espanyol) right footed shot from very close range is just a bit too high from a direct free kick.
10:24 AM16 days ago

Casemiro intervenes to prevent an Espanyol attack and the ball is in the hands of Courtois.
10:22 AM16 days ago

MARIANO MISSED IT! Cabrera made a mistake at the start and left the Espanyol team weak, however, Mariano didn't take advantage of the mistake and the opportunity ended in a corner kick.
10:17 AM16 days ago

The match kicks off at the mythical Santiago Bernabéu, Real Madrid faces Espanyol in what could be the match that crowns them champions of the 2021-22 season.
10:01 AM16 days ago

In a couple of minutes we will start with the broadcast of the match: Real Madrid vs Espanyol, duel corresponding to the 34th round of LaLiga.
9:59 AM16 days ago

Carlo Ancelotti's list of players called up for the match against Espanyol Barcelona was a surprise for Madrid fans, with the absence of the "Welsh Express", Gareth Bale, due to back problems. Bale joins the absences of Alaba, Jovic and Hazard, injured, and Militao and Nacho, suspended.
9:54 AM16 days ago

THE SANTIAGO BERNABÉU WEIGHS IN

Real Madrid has not lost to Espanyol at home for 24 games, winning 21 and drawing 3, and in the last 6 games they have kept Espanyol scoreless, so they will be looking to extend their streak to 25 games without losing to Espanyol at the Bernabeu.
9:39 AM16 days ago

STATISTICS IN THEIR FAVOR

In the history of LaLiga, there is no team that has more victories against Espanyol than Real Madrid, as the statistics show that the Merengue team has 104 wins against the visiting team. Today, everything indicates that Madrid has a 60% chance of winning.
9:35 AM16 days ago

This is the starting eleven that the Merengue team, led by Carlo Ancelotti, is sending out to try to win the Santiago Bernabeu today. 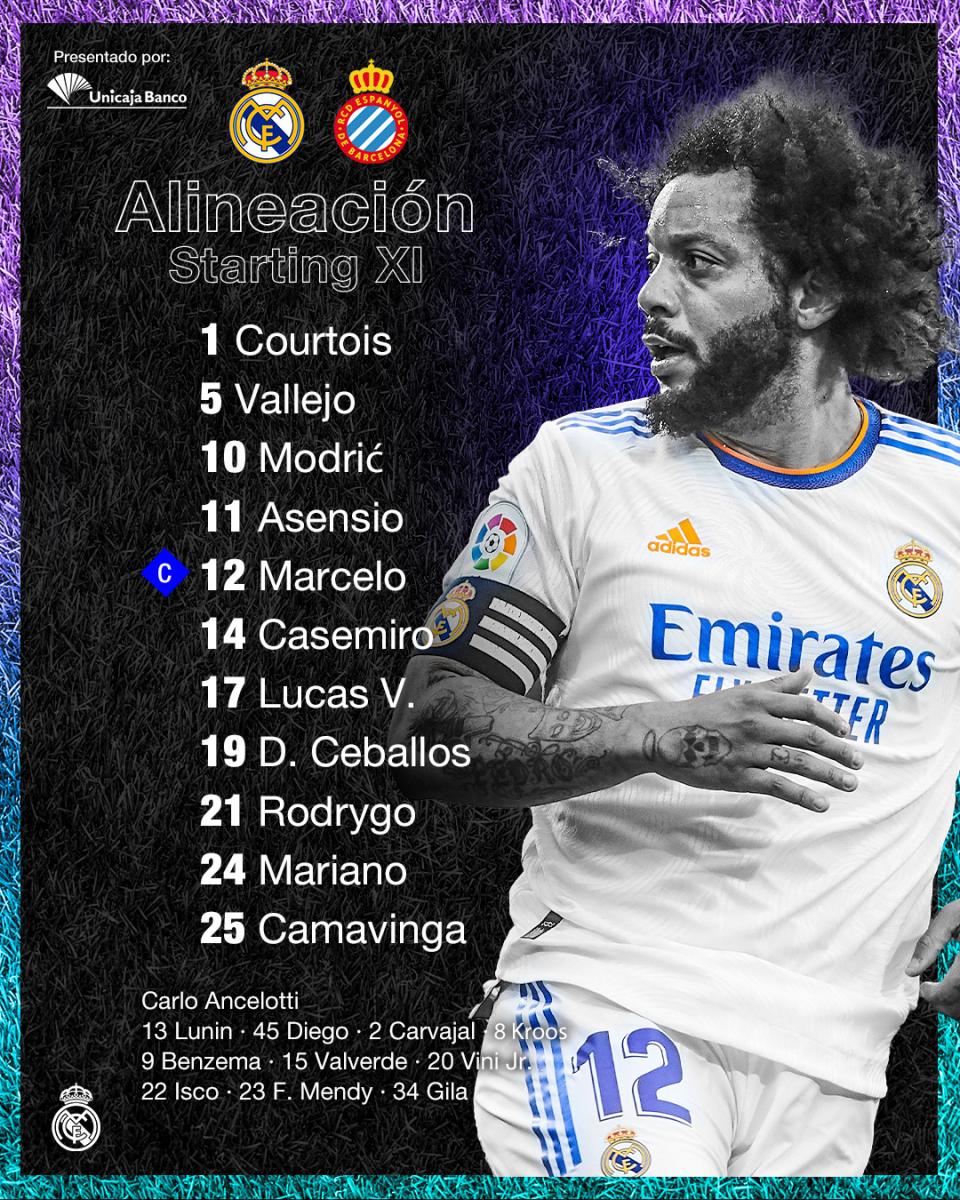 HOW DID IT GO FOR MADRID IN THE CHAMPIONS LEAGUE?

Real Madrid traveled in midweek to face Manchester City at the Etihad Stadium in what was the first leg semi-final of the UEFA Champions League. The Merengue team started the match a little distracted, as they conceded two early goals that seemed to indicate a tough defeat for the Merengues, however, the action was just beginning as with goals from Karim Benzema and Vinicus Jr, Madrid would get back into the tie to leave the match in a 4-3 in favor of City with the desire to define everything in the second leg.
9:25 AM16 days ago

Matchday 34 could mean the end of LaLiga in Spain, as the most popular, biggest and historic club in the country is only 90 minutes away from being able to win another league title at the Santiago Bernabéu if they manage to defeat or draw with Espanyol. However, although it seems a simple mission, the visitors were one of the few teams to defeat Real Madrid this season after defeating them 2-1 at the beginning of the Tournament, so they will be looking to do the same feat now on Madrid's turf.
9:18 AM16 days ago

The wait is over, the LaLiga actions in Spain are back, Real Madrid is just about to be crowned as the new king in the Iberian country and only a defeat could lengthen the wait for them to win the crown so desired at the beginning of the season. A perfect scenario for the Merengue team, a full Bernabeu, needing only 1 point and facing one of the most irregular rivals in the competition, Real Madrid can be crowned today!
7:37 PM16 days ago

Do not miss a detail of the match with the live updates and commentaries of VAVEL. Follow along with us all the details, commentaries, analysis and lineups for this Real Madrid vs Espanyol match.
7:32 PM16 days ago

What time is Real Madrid vs Espanyol match for LaLiga?

This is the start time of the game Real Madrid vs Espanyol of 30th April in several countries:

Watch out for this Espanyol player:

For this match, the goalkeeper of the team from Barcelona, Diego Lopez will be the player to watch throughout these 90 minutes. The goalkeeper has played almost every game this season and has been a key factor in avoiding several almost scripted goals against Espanyol, also, his great career that in turn has given him great experience has made him a leader within the team. In the first leg against Real Madrid, Lopez was one of the factors that contributed to Espanyol's defeat. 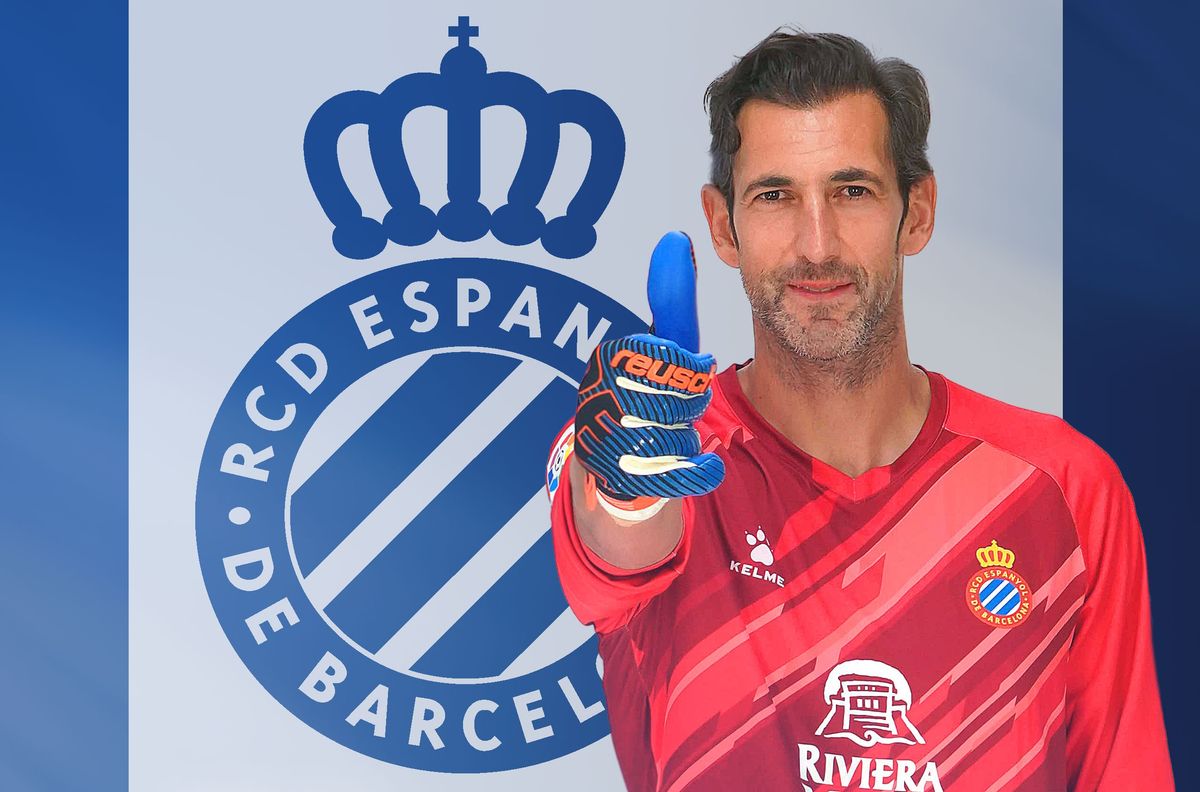 When talking about Real Madrid, it will always be complicated to pick a player to follow in a squad riddled with incredible players and who have always excelled on a global level. However, it is almost impossible not to recognize the great season that Karim Benzema has had, being the scorer and pillar of the Merengue's attack, a fundamental piece for Madrid to be in the Champions League semifinals today and not far away from winning the Spanish League. 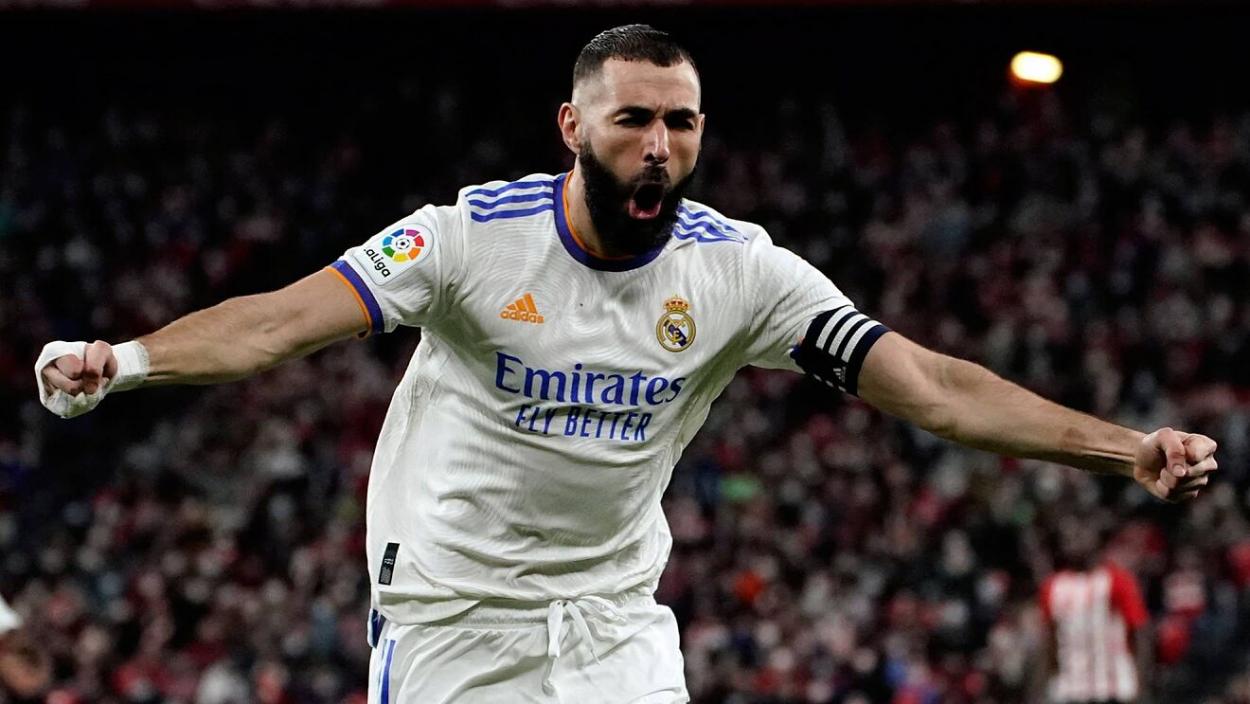 Real Madrid and Espanyol have faced each other a total of 182 times (108 wins for Real Madrid, 34 draws and 40 wins for Espanyol) where the balance is tipped by a wide difference in favor of the Real Madrid side. Likewise, it is Real Madrid who have the advantage in goals scored as the balance is in their favor with 390 goals while Espanyol has 205. Their last meeting dates back to matchday 8 of the current season where Espanyol defeated Real Madrid 2-1.
7:02 PM16 days ago

The Santiago Bernabéu Stadium is a sports venue owned by Real Madrid Club de Fútbol, located in the middle of Paseo de la Castellana, in the Chamartín district of Madrid, Spain. It was inaugurated on December 14, 1947 and its current capacity is 81,044 spectators. The stadium is classified by UEFA with the highest distinction, "elite stadium".

The stadium was inaugurated on December 14, 1947, with a friendly match between Real Madrid and C.F. Os Belenenses of Portugal, under the name "Estadio Real Madrid Club de Fútbol" although it continued to be known among fans as "Nuevo Estadio Chamartín" or simply "Chamartín".

The Spanish national team has played sixty-five matches in Madrid, forty-four of which have been played in the Castellana coliseum. Among them, four correspond to the final stages of Euro 1964 and the 1982 World Cup. In the final of the European Championship, Spain was proclaimed against the Soviet team, European champions for the first time, with goals by Pereda and Marcelino.

Seeking to close with regularity

For their part, Espanyol will be looking to finish the Spanish league with consistency, as throughout the season they remained in mid-table positions and failed to do more in other tournaments such as the Copa del Rey, so they should close the championship in a good way and aspire to finish the season among the top 10 positions in LaLiga. Currently, Espanyol has 39 points added that were the product of 33 games played where they got 10 wins, 9 draws and 14 defeats, also, in the statistics they average a total of 36 goals and 37 against, a situation that leaves them with a difference of -1.
6:52 PM16 days ago

The title is in their hands

Real Madrid basically dominated the entire LaLiga season as they are the team with the most victories over the course of the season, they never stopped occupying first place and gradually began to leave behind all the teams in the race for the league title, now, after the defeat of Barcelona and with Sevilla having the same points as the Culé team, Real Madrid basically has the Spanish league on a silver platter as they only need a draw or a win against Espanyol to be crowned champions of Spain once again. The team coached by Ancelotti could be carrying the cup on the mythical Santiago Bernabeu's lawn after having a duel in the Champions League and give one more joy in the season to all the Real Madrid fans. Currently, Real Madrid is the overall leader of LaLiga with 78 points obtained as a result of 33 games played where they have achieved 24 wins, 6 draws and 3 defeats throughout the competition, they are also the top scorer with 69 goals and have one of the best defensive lines with 29 goals allowed, leaving them with a difference of +40.
6:47 PM16 days ago

The thirty-fourth date of LaLiga has arrived and with it the dramatic closing that takes place in Europe every season, because in only 4 dates the curtain of the 2021-22 season comes down to end an exciting adventure and give the entrance to a new one that will bring more goals, more emotions and new champions. On this date Real Madrid and Espanyol will face each other, on the one hand, the Merengues have been in a sensational plan all season reaching the Champions League Semifinals and being 1 point away from winning LaLiga because if they draw or win against Espanyol, Real Madrid will be champion again in Spain. On the other hand, Espanyol has had an irregular season that has placed them in the mid-table zone and their maximum aspiration is to finish between 13th and 9th place at the end of the season, so they will have to set new objectives for the following season.
6:42 PM16 days ago

The Real Madrid vs Espanyol match will be played at the Estadio Santiago Bernabéu, in Madrid, Spain. The kick-off is scheduled at 10:15 am ET.
6:37 PM16 days ago

Welcome to VAVEL.com’s LIVE coverage of the 2022 LaLiga: Real Madrid vs Espanyol!