Thank you for following the coverage on VAVEL

Thank you for following our coverage of Leicester City vs Norwich, matchday 21 of the Premier League. Continue to visit the VAVEL website to keep up to date with the latest news from the world of sport.
4:32 PM9 days ago

The match ends at the King Power Stadium, Leicester beats Norwich in the match corresponding to the 21st matchday of the Premier League.
4:28 PM9 days ago

Attempt missed. Jamie Vardy (Leicester City) right footed shot from the right side of the box misses to the left. Assisted by James Maddison.
4:17 PM9 days ago

Goal! Leicester City 2, Norwich City 0. Jamie Vardy (Leicester City) left footed shot from the centre of the box to the top left corner. Assisted by Harvey Barnes with a through ball.
3:58 PM9 days ago

Goal! Leicester City 1, Norwich City 0. Jamie Vardy (Leicester City) right footed shot from the left side of the box to the high centre of the goal. Assisted by Harvey Barnes.
3:54 PM9 days ago

Attempt blocked. Jamie Vardy (Leicester City) right footed shot from the left side of the box is blocked.
3:51 PM9 days ago

Attempt saved. Jamie Vardy (Leicester City) right footed shot from the right side of the box is saved in the top left corner. Assisted by Timothy Castagne.
3:25 PM9 days ago

Attempt saved. Billy Gilmour (Norwich City) right footed shot from outside the box is saved in the centre of the goal. Assisted by Teemu Pukki.
3:20 PM9 days ago

Attempt missed. Harvey Barnes (Leicester City) header from the centre of the box misses to the left. Assisted by Timothy Castagne with a cross.
3:16 PM9 days ago

Attempt saved. James Maddison (Leicester City) right footed shot from the right side of the box is saved in the top right corner. Assisted by Kiernan Dewsbury-Hall.
2:53 PM9 days ago

A shot that passes close to the goal defended by the Foxes! Norwich have already knocked on the door.
2:46 PM9 days ago

The match between Leicester City and Norwich City kicks off, both teams will be looking to gain three more points from this midweek fixture.
2:33 PM9 days ago

In a couple of minutes we will start with the broadcast of the match Leicester City vs Norwich City; duel corresponding to the 21st matchday of the Premier League.

TO BREAK THE LOSING STREAK

Leicester City have not won in their last five Premier League matches, where they have 2 draws and 3 defeats, their last match being a defeat against Everton. The Foxes are within striking distance of three defeats in a row, something that has not happened since 2019.
2:26 PM9 days ago

This is the starting eleven that Norwich sends to the pitch of the King Power Stadium to face the Foxes in the match corresponding to matchday 21. 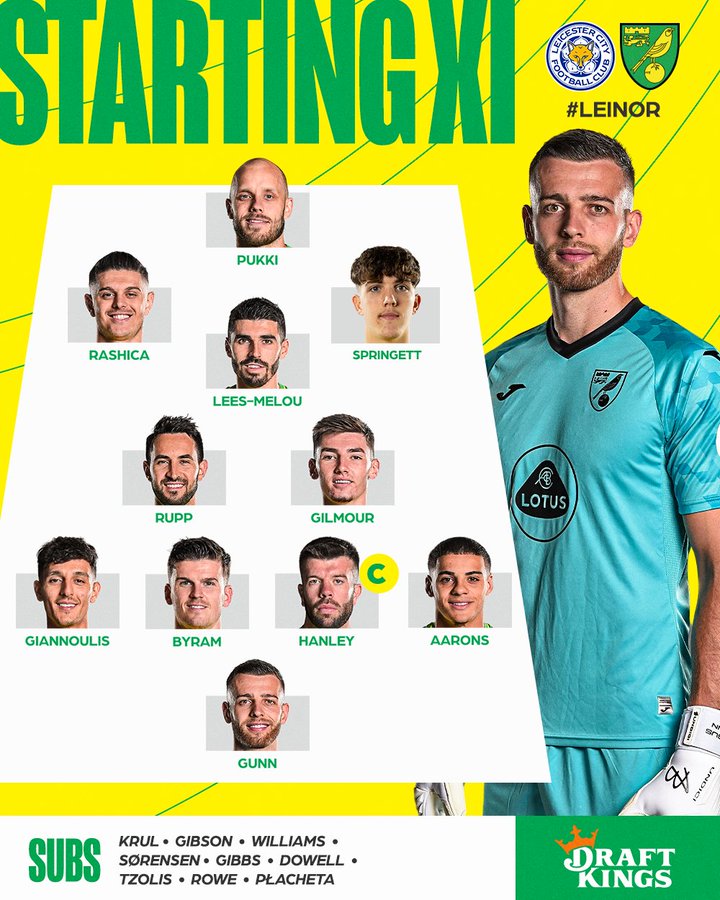 HOW DID NORWICH FARE LAST MATCHDAY?

On the other hand, Norwich received West Ham at Carrow Road, what could have been a match where the home advantage would have been in their favor, turned into a hell as the Hammers started winning very early in the match with a goal by Benrahma at minute 12, later at minute 30 Michail Antonio would make it 2-0 in favor of West Ham and before the end of the first half, Benhrama would appear again through the penalty kick for the Hammers to go 3-0 at halftime. Finally, in the 65th minute, Lanzini scored the definitive goal through a penalty to close the victory for West Ham 4-0.
2:19 PM9 days ago

This is the starting eleven that Leicester City sends to the King Power Stadium to face Norwich, looking to get the three points at home against the last place in the general classification. 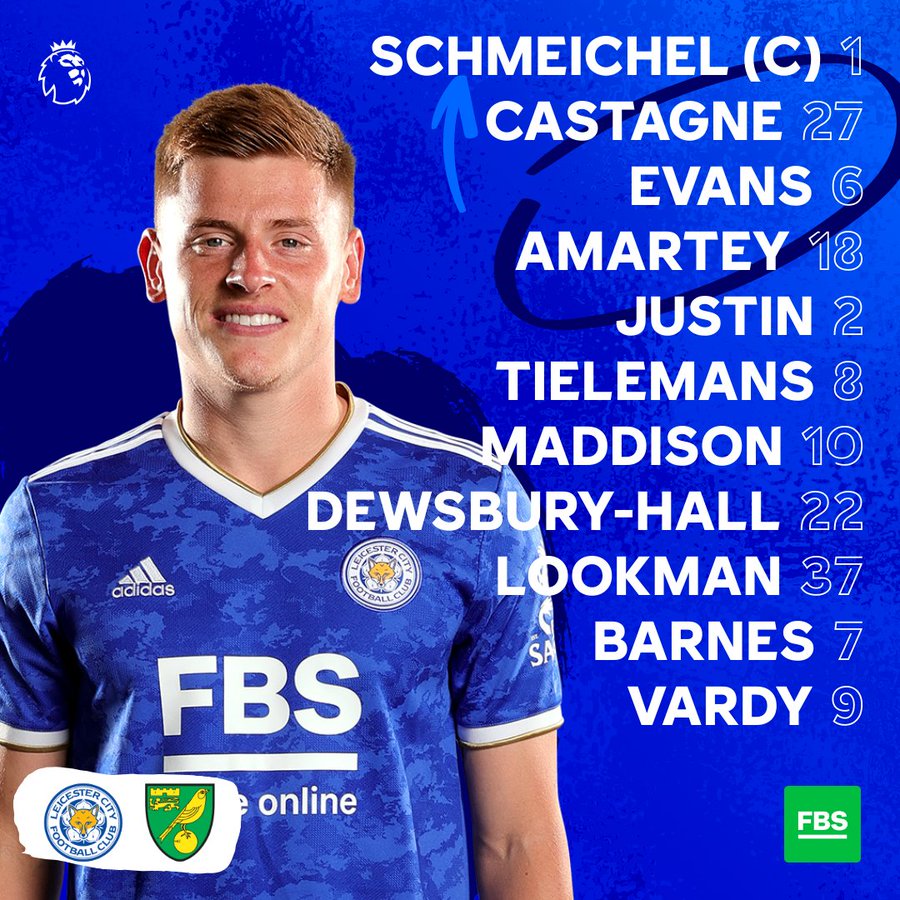 HOW DID LEICESTER FARE LAST MATCHDAY?

The Foxes went to Everton's home in Liverpool to get three more points, however, Leicester missed the target after losing 1-2 to Everton. The goals were scored by Mykolenko in the 6th minute, later things were tied for Leicester with Daka's goal in the 11th minute, however, Everton would put a final nail in their coffin with a goal by Holgate in the 30th minute.
2:09 PM9 days ago

HOW IS RELEGATION GOING?

Currently, the teams already officially relegated are Norwich City (18th overall) with 21 points and Watford (19th in the league) with 22 points. However, the last place is still undecided as Leeds United, Burney and Everton are all in the running for a place in the Premier League.
2:04 PM9 days ago

HOW IS THE PREMIER LEAGUE GOING?

At the moment, Manchester City remains at the top of the league with 86 points, followed by Liverpool with the same points but below them on goal difference, in third place is Chelsea with 67 points and below them Arsenal with 66 points. In the UEFA Europa League area are Tottenham and Manchester United, on the other hand, West Ham is currently in the UEFA Europa Conference League zone.
1:59 PM9 days ago

The wait is over in the Premier League, Leicester City receives Norciwh City at the King Power Stadium, a team that is already unofficially relegated to the English Football League Championship. The match corresponds to the 21st matchday of the current competition, however, it had to be suspended at the time due to an outbreak of Covid 19 in the players of the Foxes' squad.
1:54 PM9 days ago

Do not miss a detail of the match with the live updates and commentaries of VAVEL. Follow along with us all the details, commentaries, analysis and lineups for this Leicester City vs Norwich match.
1:49 PM9 days ago

What time is Leicester City vs Norwich match for Premier League?

This is the start time of the game Leicester City vs Norwich of 11th May in several countries:

Teemu Pukki is a Finnish footballer who plays as a striker for Norwich City and the Finnish national soccer team. He made his international debut for Finland in 2009 and has played 99 international matches, scoring 33 goals. He is his country's all-time leading scorer, recently surpassing Jari Litmanen. Pukki scored ten goals in ten games in the qualifying stage for Euro 2020, helping his team reach its first international tournament. 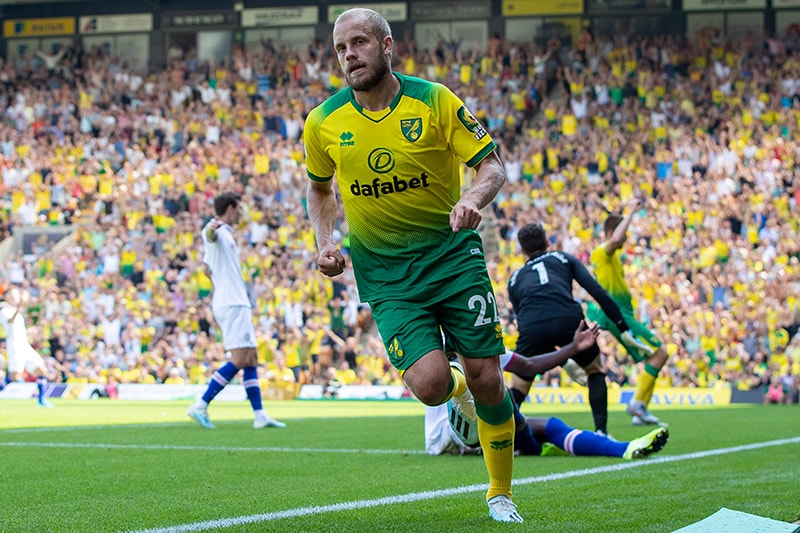 For this match, the player to watch for the Foxes will be goalkeeper Kasper Schmeichel, he currently has 3,240 minutes accumulated totaling 36 games, 1 yellow card, 59 goals against and 7 clean sheets, so his great experience will be determinant to keep the goal in 0 in this match. 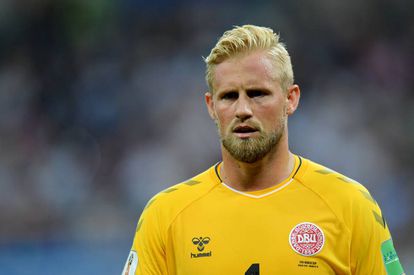 Leicester City and Norwich have met on a total of 57 occasions (23 wins for Leicester, 13 draws and 21 wins for Norwich) where the balance is entirely in favor of the home side. In terms of goals, Leicester City is slightly better with 81 goals scored while Norwich has 71 goals scored. Their last meeting dates back to matchday 3 of the 2021-22 season where Leicester City won 1-2 on the visiting team's turf.
1:19 PM9 days ago

The King Power Stadium or Leicester City Stadium is a soccer stadium where matches of the local team Leicester City Football Club are held. It was opened in July 2002, with a capacity of 32,262 spectators (all seated), making it the 19th largest capacity stadium in England. Previously, the club played for over a hundred years at Filbert Street.

The King Power Stadium has been the home of Leicester City since 2002. During August and September, a consultation process took place to expand the capacity to 40,000 and develop the surrounding area.

The King Power Stadium is a licensed FIFA Series stadium, has a capacity of 32,000 and its home club is Leicester City. The stadium appeared due to the inclusion of all the stadiums of the Premier League teams in England. Like The Hawthorns, Stadium of Light and Villa Park, they debuted in FIFA 15.

A farewell to the great adventure

On the other side of the coin, Norwich is living its last moments as a member of the Premier League as it is currently positioned at the bottom of the overall table and with two games to go is basically eliminated from the top flight of English soccer, causing its return to the EFL Championship for the 2022-23 season. Norwich lived throughout this campaign very irregular moments and reaped many defeats throughout the sporting year so the remaining matches they play, will be to complete their participation in the competition.
1:09 PM9 days ago

The Leicester City team has been eliminated from the European and local competitions, also, in the league they are in the mid-table zone and are no longer an option to fight for a place in a European tournament since they cannot aspire to fight for a place at least in the UEFA Conference League. Likewise, Leicester City is one of the teams with one of the weakest defenses in the Premier League, so it will be a priority to go for reinforcements in the saga to strengthen the Foxes' defensive line.
1:04 PM9 days ago

The Foxes will host Norwich in what will be the match corresponding to Day 21 of the Premier League that had to be rescheduled due to the outbreak of coronavirus that occurred within the Leicester City squad at that time, however, today, the Foxes are much more (soccer wise) than Norwich as the home team is in the mid-table zone while the visitors are bottom of the overall table and it is already a fact that they will return to a place in the Championship, abandoning their place in the top flight.
12:59 PM9 days ago

The Leicester City vs Norwichh match will be played at King Power Stadium, in Leicester, England. The kick-off is scheduled at 14:45 pm ET.
12:54 PM9 days ago

Welcome to VAVEL.com’s LIVE coverage of the 2022 Premier League: Leicester City vs Norwich!