PER1
END13 hours ago

This was Poland's second goal

Thank you for following the UEFA Nations League match between Poland and Wales.
1:50 PM25 days ago

Lewandowski with the shot that brings a series of bounces and in the end is pushed in by Karol Świderski to make it 2-1.

Rhys Norrington-Davies of Wales has been cautioned.
1:30 PM25 days ago

Jakub Kamiński finds the space inside the box and gets the cross shot that leaves the goalkeeper static and puts the tie 1-1.

Williams comes in and Burns goes out. Wales change.
1:15 PM25 days ago

Klich and Goralski come out

The attacking play is disallowed when Lewandowski had crossed and shot wide.
1:05 PM25 days ago

Williams with a shot from outside the box that bounces past the keeper and into the back of the net for the 1-0 away win.

Matondo with the center shot that the goalkeeper deflects to the side.
12:55 PM25 days ago

The second half begins between Poland and Wales.
12:45 PM25 days ago

A double shot inside the box by the Polish striker is blocked by the defense.
12:35 PM25 days ago

Lewandowski can't push the cross across the six-yard box.
12:30 PM25 days ago

Jacek Góralski's shot from outside the area goes wide.
12:25 PM25 days ago

James drives the ball and fires a shot that goes just wide.
12:20 PM25 days ago

Joe Morrell of Wales has been cautioned.
12:15 PM25 days ago

Burns was encouraged with a shot that again deflected the defense on the sideline.
12:05 PM25 days ago

Poland's counter-attack led by Robert Lewandowski ended with a shot that was saved by the goalkeeper.
12:00 PM25 days ago

Kieffer Moore's cutback and shot is deflected by the defense for a corner kick.
11:55 AM25 days ago

A rebound on the edge of the area that Piotr Zielinski hits over the top of the goal.
11:50 AM25 days ago

Daniel James' mid-range shot exactly to the goalkeeper's location.
11:45 AM25 days ago

Piotr Zielinski, who was left alone in the six-yard box and put his header just wide of the goal.
11:40 AM25 days ago

Service to the far post and the ball goes wide, but Wales starts off offensively.
11:35 AM25 days ago

The game between Poland and Wales of the Nations League begins.
11:30 AM25 days ago

We are minutes away from the start of the UEFA Nations League match between Poland and Wales.
11:25 AM25 days ago

Following Gareth Bale's official departure from Real Madrid, the midfielder will not be present for this game, but is expected to be present for next Sunday.
11:20 AM25 days ago

June 1 is Children's Day in Poland and some of the managers met with young talents to announce the foundation of new soccer schools.

Due to the elimination match that Wales still has to play, this game was brought forward so that they have time to prepare because all the activity will start tomorrow and will last all the first fortnight of June.
10:50 AM25 days ago

Be on the lookout

Although Wales will play this morning against Poland, they will have to be attentive to what happens in the game between Scotland and Ukraine, as on Sunday they will be playing against the winner for a place in the Qatar 2022 World Cup.
10:45 AM25 days ago

Poland, being located in the first category of the Nations League, will have high-powered matches as they will visit Belgium and the Netherlands, and then host Belgium in the same tournament.
10:40 AM25 days ago

Keep an eye out for Poland, who will be Mexico's opponent and we will be following them closely this morning when they take on Wales in the UEFA Nations League opener. We begin our coverage of the game.
10:35 AM25 days ago

Do not miss a detail of the match with the live updates and commentaries of VAVEL. Follow along with us all the details, commentaries, analysis and lineups for this Poland vs Wales match for the UEFA Nations League 2022.
10:30 AM25 days ago

What time is Poland vs Wales match for UEFA Nations League 2022?

This is the start time of the game Poland vs Wales of June 1st in several countries:

In the present millennium in only three occasions they have faced each other and Poland has taken a clear dominance either in friendly or official play. 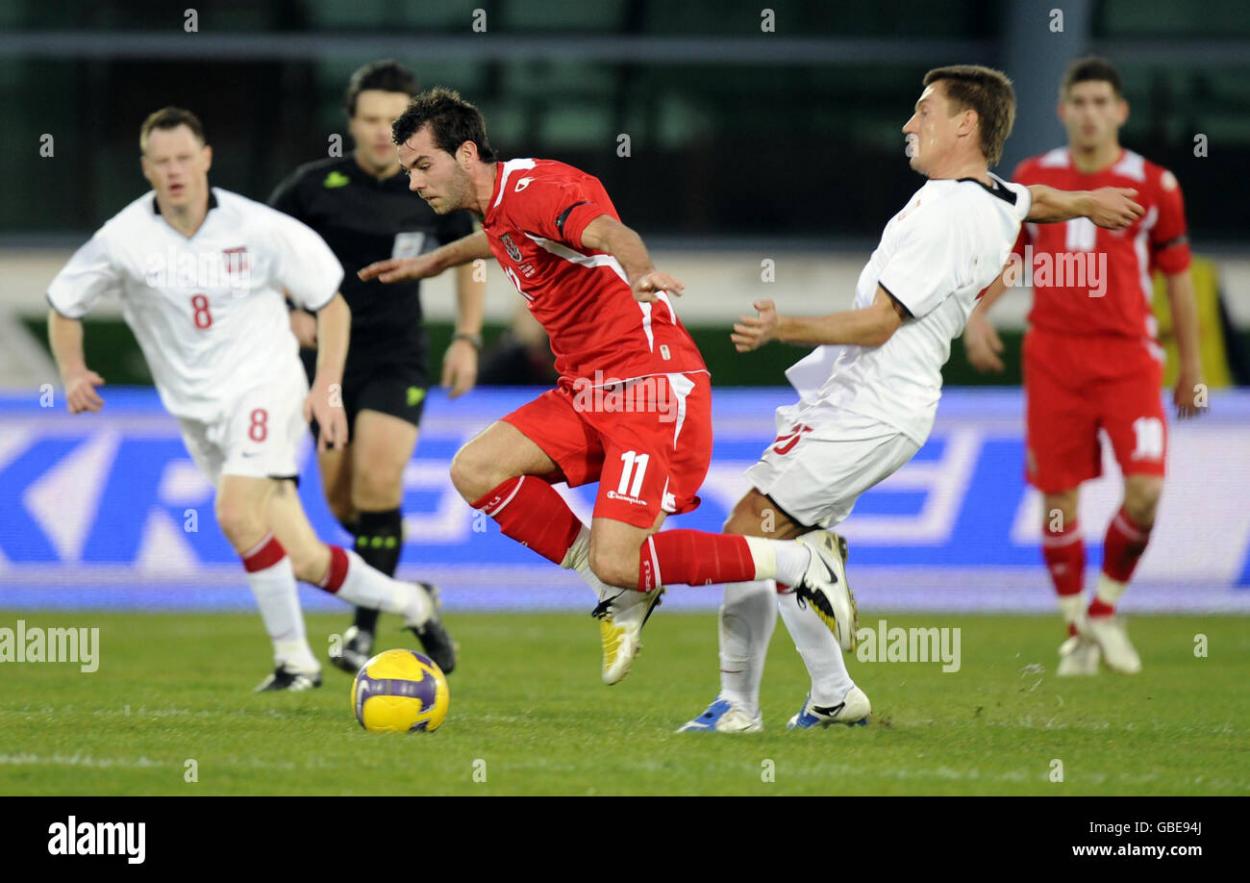 No matter that he is not going through a good moment with his blue, Gareth Bale always responds on the field with great performances and could be one of the keys for Wales to return to a World Cup.
10:15 AM25 days ago

Robert Lewandowski will have to focus now with his national team because his club career is intermittent and everything seems to indicate that he will leave Bayern to join Barcelona. Although this game will serve to increase his legend in Polish soccer.
10:10 AM25 days ago

Wales' eyes are not on this game but on Sunday's game where they will play their pass to the World Cup in the remaining UEFA re-qualification, so the coach could test some elements or, the other version although it is not so likely, play with his first-choice team to go tuning engines.
9:55 AM25 days ago

Poland will be one of the rivals of both Argentina and Mexico for the next World Cup and it will be necessary to keep an eye on this team that will be making its debut in another edition of the UEFA Nations League, where it will seek to impose conditions to get the three points at home.
9:50 AM25 days ago

The Poland vs Wales match will be played at the Wrocław Stadium, in Breslavia, Poland. The kick-off is scheduled at 12:00 pm ET.
9:45 AM25 days ago

Welcome to VAVEL.com’s LIVE coverage of the UEFA Nations League 2022: Poland vs Wales!

Houston Dynamo 2-0 Chicago Fire: Getting what you deserve 14 hours ago

Seattle Sounders vs Sporting Kansas City preview: How to watch, predicted lineups and kickoff time in MLS 2022 4 hours ago
//