Thank you for following the Ivory Coast vs Zambia, a match corresponding to the African Cup of Nations Qualifiers. Continue to visit the VAVEL portal to keep up to date with everything that is happening in the world of sports.
4:55 PMa month ago

The match between Ivory Coast and Zambia ends, the Ivorians win 3-0 and start with the right foot their way through this Qualifying for the African Cup 2023 edition.
4:36 PMa month ago

GOOOOOOOOOL FOR CÔTE D'IVOIRE! KOUAME SCORES THE SECOND FOR THE IVORIANS AND THEY ARE JUST A GOAL AWAY FROM SEALING THE VICTORY.
4:29 PMa month ago

GOOOOOOOOOL FOR CÔTE D'IVOIRE! AURIER SENDS THE BALL INTO THE BACK OF THE NET FOR THE FIRST GOAL OF THE MATCH.
4:18 PMa month ago

Boly headed in a corner kick, but his attempt was well saved by goalkeeper Nsabata.
4:12 PMa month ago

The second 45 minutes of the Ivory Coast vs Zambia begins, both teams will be looking to break the scoreless scoreline.
3:49 PMa month ago

Daka sent a cross shot looking for a finisher but Mumba missed the ball and missed the chance to open the scoring.
3:29 PMa month ago

Boga put in a cross for Haller, but he didn't make the right contact and it went over the crossbar.
3:16 PMa month ago

Haller has a header but the ball bounces just wide of the post.
3:10 PMa month ago

The match begins, Côte d'Ivoire takes on Zambia on matchday 1 of the African Cup qualifiers.
2:52 PMa month ago

In a couple of minutes we will start with the match Ivory Coast vs Zambia; duel corresponding to the qualifying group stage of the African Cup of Nations 2023.
2:47 PMa month ago

Both teams will be looking to break the scoreboard as both teams have a 2.5 goals per game statistic, so there could be a lot of goals in today's match.
2:42 PMa month ago

For their part Zambia have played three friendly matches this year where they struggled and failed to break the net through 270 completed minutes. In their last game they lost and could not close in a good way their preparation for this Qualifiers.
2:37 PMa month ago

HOW THE IVORY COAST ARRIVES

Côte d'Ivoire have not shone with results in their last three matches.
duels they have had as in the last three matches they knew the defeat in a row. However, there is hope as they were one of the teams that prepared the best for the Cup of Nations.
2:32 PMa month ago

THEY SUFFER FROM AWAY GOALS

The Zambian national team will be looking to defend their goal in the right way as in 11 of their last 12 matches they have allowed goals in relation to the African Cup of Nations.
2:27 PMa month ago

IVORY COAST IS STRONG AT HOME

Ivory Coast does not suffer for goals when they play at home because in their last 8 matches they have managed to break the nets when the time has come, also, they have not lost at home for 9 games.
2:22 PMa month ago

INCREDIBLE AS IT MAY SEEM

Although today, Ivory Coast has one of the strongest and top teams in African soccer, the Ivorians suffer from their record against Zambia, with a total of 4 duels with 3 wins for Zambia and 1 for the locals. Likewise, the last duel ended 4-1 in favor of Zambia so they will be looking to repeat the feat.
2:17 PMa month ago

WHO ARE IN YOUR GROUP?

Group H includes Comoros, Ivory Coast, Zambia and Lesotho. In this group, the favorite to finish as H leader is Ivory Coast and its rival today, Zambia, to take the second place in this Qualifying stage.
2:12 PMa month ago

The wait is over, Ivory Coast and Zambia will face each other in what will be the start of Day 1 of the qualifiers for the 2023 Africa Cup of Nations. Both teams have already participated in previous editions and will be looking to join the next tournament and be crowned as the new champions of the African continent.
2:07 PMa month ago

Do not miss a detail of the match with the live updates and commentaries of VAVEL. Follow along with us all the details, commentaries, analysis and lineups for this Ivory Coast vs Zambia match.
2:02 PMa month ago

What time is Ivory Coast vs Zambia match for African Cup Qualifiers?

This is the start time of the game Ivory Coast vs Zambia of 3th June in several countries:

Watch out for this Zambian player:

For this match, the player to watch will be Kelvin Kampamba, Zambia's center midfielder has become a focal point of the midfield and has contributed offensively and defensively when his team requires it. Kampamba could be the unbalancing factor in the course of the match for Ivory Coast to take the victory. 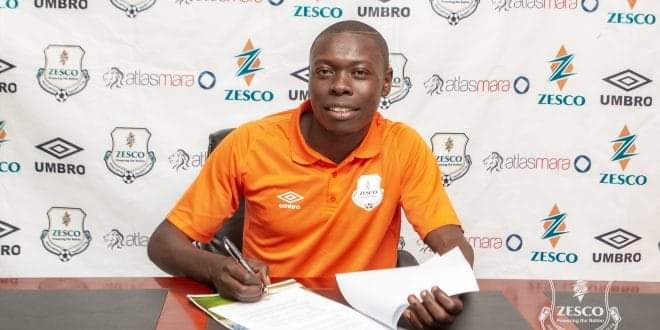 Watch out for this player from Ivory Coast:

Star of Italian soccer and a mainstay at Milan, Franck Kessie will be the player to watch for the Ivory Coast squad, this season, the defensive midfielder or holding midfielder contested every ball as if it was his last and has become a boss of bosses to stop the opposition's onslaught so Zambia will have to figure out how to try to get past this great defensive midfielder. 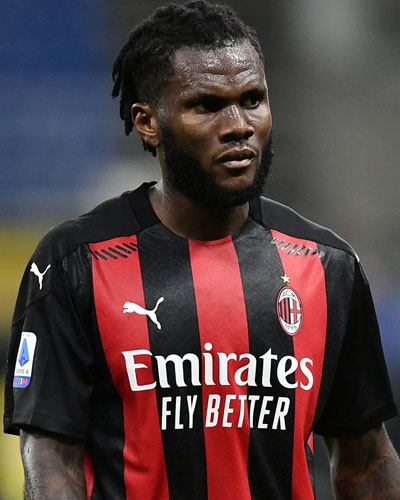 The Ivory Coast National Stadium also known as Stade Olympique d'Ebimpé, is a multi-purpose stadium located in the city of Abidjan, capital of Ivory Coast. It was inaugurated in 2020 and has a capacity of 60,000 spectators, it is the home of the Ivory Coast national soccer team. In addition, it was also named "Stade Alassane Ouattara", in honor of the current president of the Republic.

The stadium has a capacity of 60,012 spectators and is considered one of the largest sports facilities in West Africa. With a height of 51.4 meters, the facility consists of five levels, two presidential halls and a doping control room, the stands are completely covered. A highlight of the design are the 96 columns surrounding the stadium that form a dynamic gallery, adorned with stained glass windows in the national colors. It acts both as a façade and also as a support for the roof.

The stadium was inaugurated on October 3, 2020, in the presence of the country's president Alassane Ouattara and the Chinese ambassador to Côte d'Ivoire. There was a gala match between ASEC Mimosas and Africa Sports d'Abidjan, the two top clubs in the Ivorian championship.

The Zambian team will be looking to be present at the next African Cup of Nations, however, their preparation for these qualifying matches has been somewhat diminished since, out of 5 qualifying matches, they only played around three where they lost 3-1 against Iraq, by the same score against Congo and one more 2-1 defeat against Benin. To continue this path towards the Qualifiers, they were to face Guinea and India, however, both duels were cancelled so they should arrive in rhythm based on their training for this first match.
1:17 PMa month ago

The mighty Ivory Coast is back

The Ivory Coast national team will seek to be present at the 2023 Africa Cup of Nations, as in the previous edition. Their last duel in an official competition was in the round of 16 of the Africa Cup of Nations when they lost to Egypt in a penalty shootout 4-5. After their participation in that tournament, they faced France in a friendly where they lost 2-1 and then faced the team of the three lions, England, to lose again 3-0 with a sending off in the match. After a series of defeats, Côte d'Ivoire will try to get back to winning ways in their debut in these African Cup qualifiers and start the qualifiers on the right foot.
1:12 PMa month ago

The competitions of the national leagues are over and with it the 2021-2022 season, however, the summer season begins where the nations dispute the last tournament of nations before Qatar 2022 begins. In Africa, the dispute to qualify for the African Cup of Nations begins, where they will try to find again the country that proves to be the best throughout the territory. In this match, Ivory Coast and Zambia will face each other in a great match where both teams will try to start their qualification for the 2023 African Cup of Nations with the right idea and be present in the soccer competition that unites the entire African continent.
1:07 PMa month ago

The Ivory Coast vs Zambia match will be played at the Ivory Coast National Stadium, in Abiyán, Ivory Coast. The kick-off is scheduled at 15:00 pm ET.
1:02 PMa month ago