Goal, goal, goal by Béligca! Openda received a through ball and scored to put the sixth on the scoreboard.
4:32 PM23 days ago

The one that got lost! Zalewski was left in front of goal, but he crossed his shot too far and it went wide.
4:29 PM23 days ago

Goal, goal, goal for Belgium! Dendoncker takes a long-range shot and Dragowski can't keep it out.
4:26 PM23 days ago

Goal, goal, goal for Belgium! Trossard sent a shot from outside the box into the corner and the goalkeeper couldn't prevent the fourth.
4:25 PM23 days ago

Poland tries to generate, but Belgium is well stopped.
4:18 PM23 days ago

Goal, goal, goal for Belgium! Trossard cut back and fired a shot past Dragoski.
4:15 PM23 days ago

Defensive cut by Glik, preventing Poland from shooting at goal.
4:13 PM23 days ago

Change of Poland. Ingrsa Buksa for Lewandoski.
4:12 PM23 days ago

Goal, goal, goal for Belgium! Kevin de Bruyne received inside the box, drove and sent a lethal shot into the net to give the home side the lead.
4:02 PM23 days ago

Goalkeeper! Dragowski is a hero and twice denies the goal to Belgium, who insists.
4:01 PM23 days ago

A back-and-forth encounter, both teams are looking to score.
3:51 PM23 days ago

The action resumes for the second half.
3:51 PM23 days ago

At the end of the first half, Belgium and Poland are level at one goal.
3:30 PM23 days ago

Goal, goal, goal for Belgium! After a series of shots and saves, Witsel appeared and sent the ball into the back of the net.
3:24 PM23 days ago

Belgium tries to generate, but can't reach the opponent's goal
3:15 PM23 days ago

Goal, goal, goal for Poland! Lewandoski appeared, received a through ball and sent a lethal shot to open the scoring.
3:09 PM23 days ago

Kamingski misses a cross and misses a clear chance.
3:02 PM23 days ago

Close! Once again Batshuayi makes his presence felt and sends a lethal shot that ends up being saved by the goalkeeper.
3:00 PM23 days ago

Poland presses in the opponent's area, but cannot generate danger.
2:51 PM23 days ago

The match kicks off and Belgium and Poland are already facing each other.
2:41 PM23 days ago

Both teams are already warming up before the start of the match, which is about to begin.
2:35 PM23 days ago

The Belgian national team is already at the Brussels stadium, where they will be looking to make it three points from three.
2:30 PM23 days ago

Poland has also arrived at the stadium, and will be looking to get three points and beat the home team. 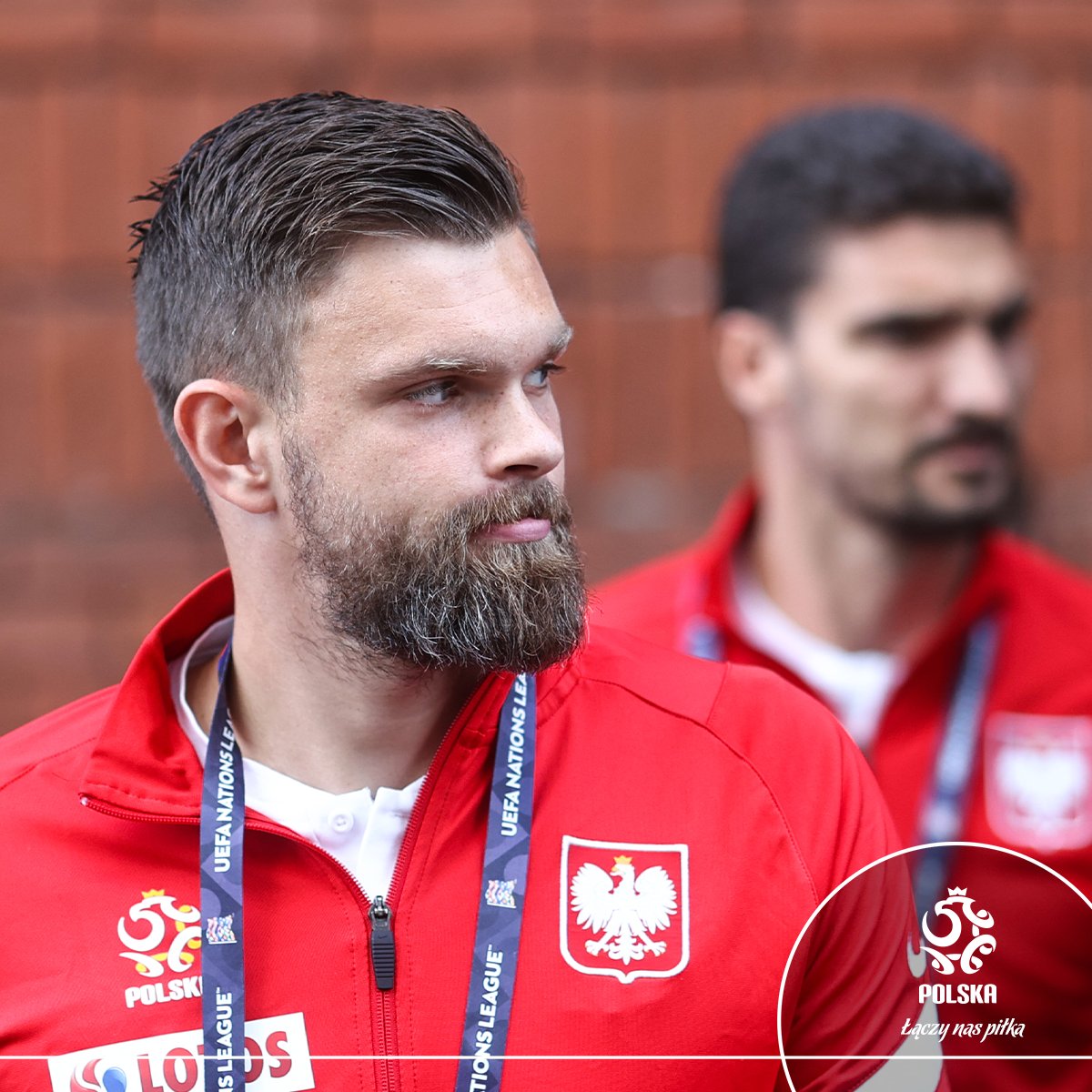 It's going to start!

Robert Lewandoski will start the match in the starting eleven for Poland, looking to score three goals for his team.
2:20 PM23 days ago

The Belgium national team will wear the jersey of the women's national team in support of the upcoming European Championship.
2:15 PM23 days ago

The dressing room of both teams is ready with the jerseys of each team ready to be worn in this important match.
2:10 PM23 days ago

The last time these two teams met was in 2007, the match ended in favor of Poland by two goals to zero and took place at the Slaski Stadium.
2:05 PM23 days ago

These teams have met 19 times, seven of which have been victories for Poland and six for Belgium, with the same number of draws.
2:00 PM23 days ago

We're back for a minute-by-minute coverage of the Belgium-Poland match. We will shortly share with you the most relevant information about these teams, as well as the confirmed lineups.
1:55 PM23 days ago

Stay tuned for the Belgium vs Poland live stream.

In a few moments we will share with you the starting lineups for Belgium vs Poland live, as well as the latest information from the King Baudouin Stadium. Stay tuned for up-to-the-minute live coverage of the match on VAVEL.
1:50 PM23 days ago

How to watch Belgium vs Poland Live Stream on TV and Online?

If you want to watch the game Belgium vs Poland live on TV, your options is: Fox Sports.

What time is the match Belgium vs Poland matchday 2 of the UEFA Nations League?

This is the kick-off time for the Belgium vs Poland match on June 8, 2022 in several countries:

Czesław Michniewicz, Poland coach, spoke ahead of the match, "I think the first few minutes of this game were even. Until Lukaku was on the pitch, there were no signs of such a result. There was no shortage of the situation on both sides. The Belgians had good moments, they pushed their opponents into a deep defensive. We expect them to get to goal situations with ease. Hopefully there will be as few of them as possible, but after such a defeat, they will want to show their best side. Their failure doesn't change much from our perspective. We know they are a good team. Of course, it is the end of the season, it is possible that some of their players will not play, but we are preparing for the whole team, not individual players."

"I will use the statement of the coach of the Netherlands national team, Louis van Gaal, who said that Belgium will go to the World Cup as the best individual team in the world. Which doesn't mean they have the best team. I'm glad we'll be playing with a band like that. We need matches like this to get some answers. We also want to play our own games, create chances and take advantage of our good moments. The Belgians made a lot of shooting opportunities possible for the Dutch. If we put pressure on the opponent, those moments will also emerge."

"I have no doubts about the composition. For today, the starting eleven looks like Monday's training, but the match is tomorrow. We still have training, things can happen. Sometimes something has a dream at night and a slight correction can happen."

"Going to Belgium-Netherlands, I expected a match of a high level, and it was. You could see the individual skills and the class of the teams. At times Belgium played very well, but they were unsuccessful. The Netherlands were more determined, which influenced coach Van Gaal's comments that it is not yet known who will go to the World Cup. Tomorrow's game will be different, because we play differently than the Dutch."

"On the pitch. Just like in the game against Wales or Sweden, we will look for our situations in positional attack, but also on counter-attacks or set-pieces."

"I know there is a lot going on around footballers, recently when it comes to Krychowiak or Lewandowski. I think there is also something about Góralski's transfer to the Bundesliga. Other players have not reported that they need time to complete their transfer cases."

How is Poland coming along?

Poland's story is completely different in this UEFA Nations League kick-off, the Polish team defeated Wales by two goals to one, making it three out of three and reaching the second place on goal difference.
1:20 PM23 days ago

How does Belgium arrive?

Belgium arrives after losing to the Netherlands four goals to one in its debut in this UEFA Nations League. The Belgian team will be looking for its first three points. 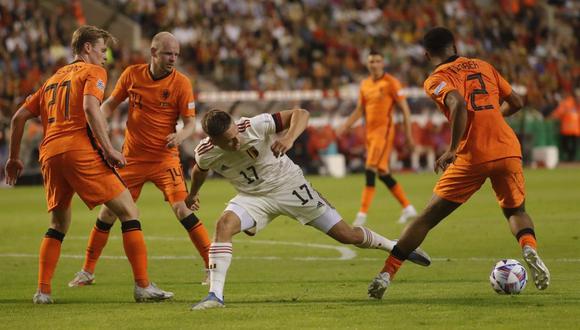 The match will be played at the King Baudouin Stadium.

The Belgium vs Poland match will be played at the King Baudouin Stadium located in Brussels, Belgium. The stadium has a capacity for 50 100 people.
1:10 PM23 days ago