It's over! Real Madrid turns the scoreline around and adds its first victory of the tournament.
5:53 PMa month ago

Chumi's powerful header, but the ball goes over the goal.
5:49 PMa month ago

Fernando saves the ball to prevent the third goal.
5:46 PMa month ago

A shot on goal, but Courtois ends up preventing the equalizer.
5:36 PMa month ago

Goal, goal, goal for Real Madrid! Alaba's cannonball from a free kick and the ball ends up in the net.
5:32 PMa month ago

Almeria changes. Sousa and Lazo are replaced by Sadiq and Ramazani.
5:23 PMa month ago

Goal, goal, goal for Real Madrid! Lucas Vázquez finds the ball in the box and shoots into the goal to tie the match.
5:21 PMa month ago

Modric's shot ends up going over the goal.
5:20 PMa month ago

Close! Sadiq beat four defenders and scores, but the goalkeeper keeps the ball out of his net.
5:17 PMa month ago

The complement is played at the Power Horse.
4:51 PMa month ago

At the end of the first half, Almeria beat Real Madrid by the minimum.
4:44 PMa month ago

Vázquez scored the equalizer, but the visitor was flagged offside.
4:41 PMa month ago

Rüdiger's powerful header, but the ball does not go in.
4:38 PMa month ago

Vinicius' shot at goal, but the ball is saved by Fernando.
4:35 PMa month ago

Real Madrid, with Benzema up front, tries to generate danger, but the locals are well stopped.
4:29 PMa month ago

Benzema's header, but the ball ends up in Fernando's hands.
4:21 PMa month ago

Benzema was looking for the equalizer, but he was not in fine form.
4:11 PMa month ago

Benzema's left-footed shot at goal, but the ball goes over.
4:09 PMa month ago

Goal, goal, goal for Almeria! Ramazani received the ball and drove to score and put the home team ahead.
4:03 PMa month ago

Actions start at the Power Horse.
3:58 PMa month ago

Both teams are now taking the field and warming up before the start of the tournament for both teams.
3:48 PMa month ago

Almeria is already at home, ready to kick off this very important tournament.
3:43 PMa month ago

Real Madrid is already at the Power Horse, looking for its first victory.
3:38 PMa month ago

Karim Benzema will start tonight's match against Almeria and will wear the captain's hat, looking for his first goal of the tournament.
3:33 PMa month ago

This is what the Power Horse looks like before the opening match between Almeria and Real Madrid. 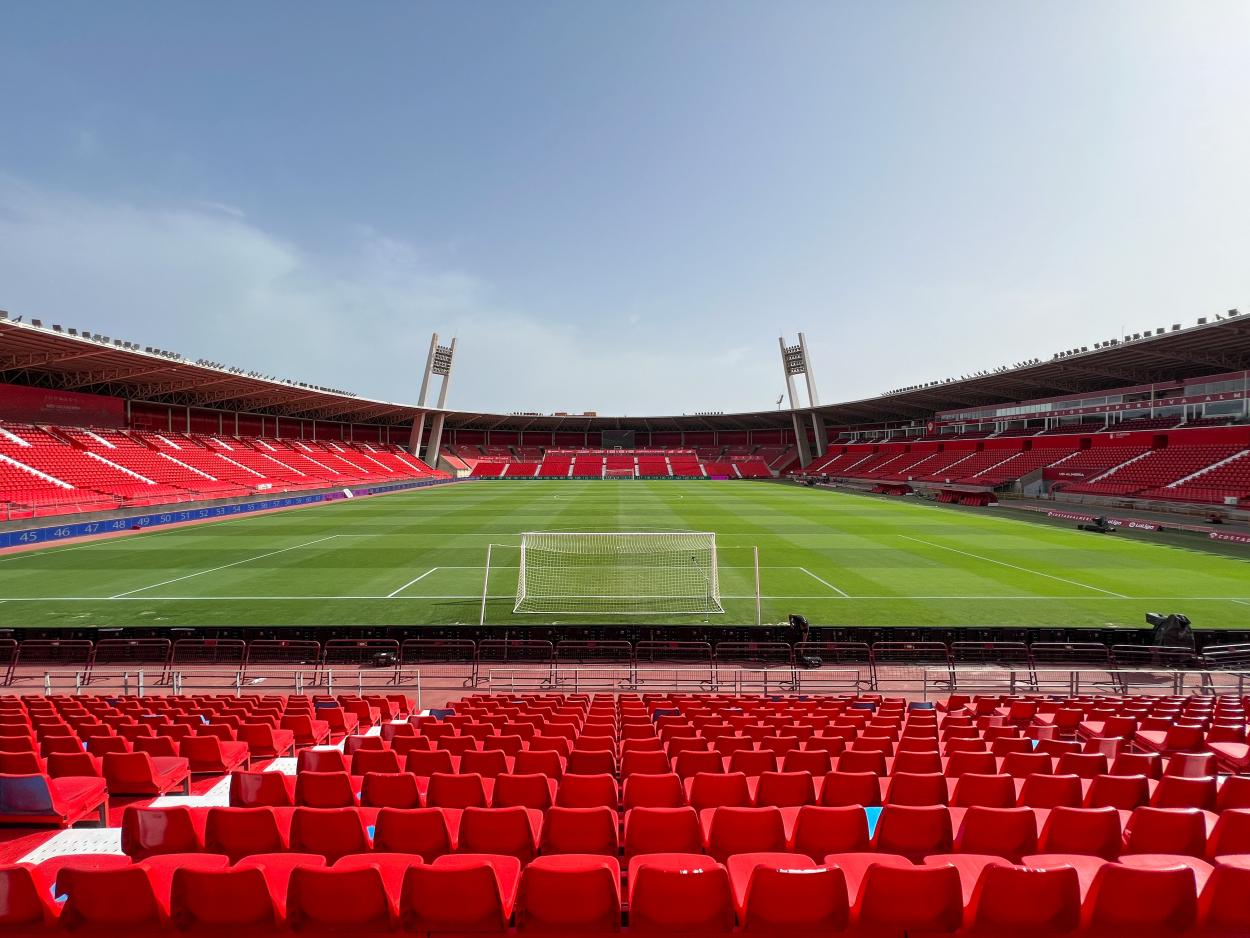 Real Madrid were victorious in the last two matches against Almeria, Ancelotti managed both games and they scored nine goals.
3:23 PMa month ago

Almeria have not lost their last six opening games, so they will be going all out to keep the streak going.
3:18 PMa month ago

Almeria and Real Madrid have faced each other on 12 occasions, of these, there has only been one where Almeria has managed to come out on top.
3:13 PMa month ago

We're back for a minute-by-minute review of the match between Almeria and Real Madrid. We will shortly share with you the most relevant information, as well as the confirmed line-ups.
3:08 PMa month ago

Stay tuned for the Almeria vs Real Madrid live stream

In a few moments we will share with you the starting lineups for Almeria vs Real Madrid live, as well as the latest information from the Power Horse Stadium. Keep an eye on the action with VAVEL's minute-by-minute live online coverage of the match.
3:03 PMa month ago

Where and how to watch Almeria vs Real Madrid live online

Almeria vs Real Madrid can be tuned in from the live streams of the ESPN App.

What time is the match Almeria vs Real Madrid of LaLiga Matchday 1?

This is the kick-off time for the match Almeria vs Real Madrid on August 14, 2022 in several countries:

Carlo Ancelotti spoke ahead of his first LaLiga clash: "This stage at Madrid will close my career. After Los Blancos, I will retire. Real Madrid is the top of soccer. It makes sense to put the word end after this experience."

"If we're talking about trophies, Los Blancos and Milan are the teams I feel most connected to. The current Madrid is at a very high level and not just technically. It is a serious team, with humble players: also the stars have their feet on the ground. Modric, Casemiro and Benzema, the most experienced, manage the group. The quality is unquestionable, but it alone would not be enough. The human aspect is fundamental and this Madrid is unique".

"More fought than last year, Barcelona has strengthened. Sevilla is still competitive, even after the departures and Atletico is solid. In Bilbao there is an experienced coach like Valverde and Gattuso's Valencia brings with it an important city and history."

"Mourinho has entered Roma's history very well. We spoke often, we sent messages. Roma needed a coach like him and he needed the affection of a team like Roma."

"The post-World Cup is the real question mark. The main question will not be the preparation to be redone, but the mental aspect. Normally, after a tournament of this level the players go on vacation, but this time they will have to go back to base and get back to work. They will not switch off and this is the real question: what will be their physical and mental health when the championships start again?".

Rubí spoke before the duel: "These teams are always very good, but at the end of the season they are very programmed to arrive very, very well because they play in the finals. Possibly it is more difficult to get their hands on them, repeating that it is always difficult. We have dreamed so much of playing games like this that for us it is not going to the dentist. It's not a good approach, but people excuse you if you don't win, so we're very calm."

"These are teams that lose very few games during the year, but some lose and draw. Obviously everyone would value a draw as a positive. Of course, not in terms of initial approach".

How are Real Madrid coming in?

Real Madrid arrives to this duel after winning the SuperCup after defeating Frankfurt, besides being the current champion of LaLiga and the Champions League, reason enough to be one of the favorites to win this new competition. 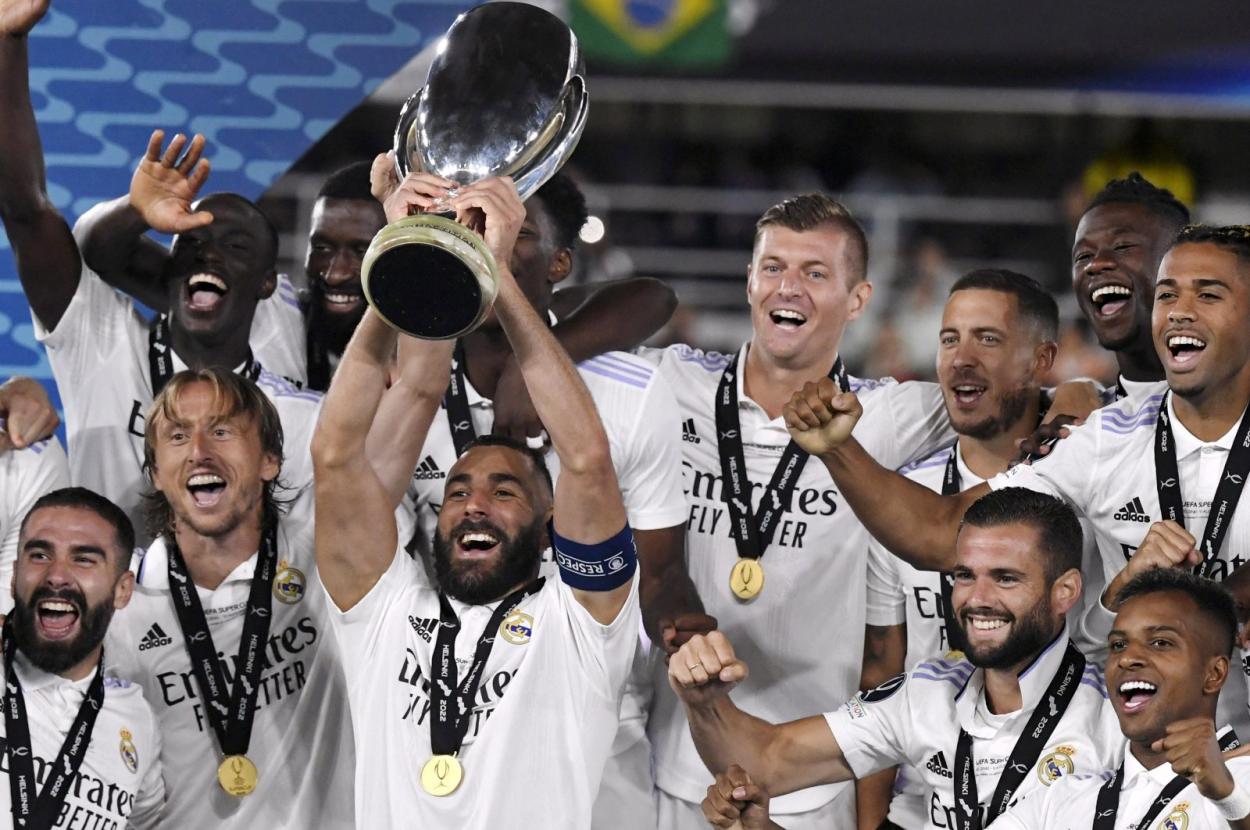 How does Almeria arrive?

Almeria is one of the teams that comes to this competition with a big question mark, the team is newly promoted from the promotion division, and will be looking for a victory in their first match. 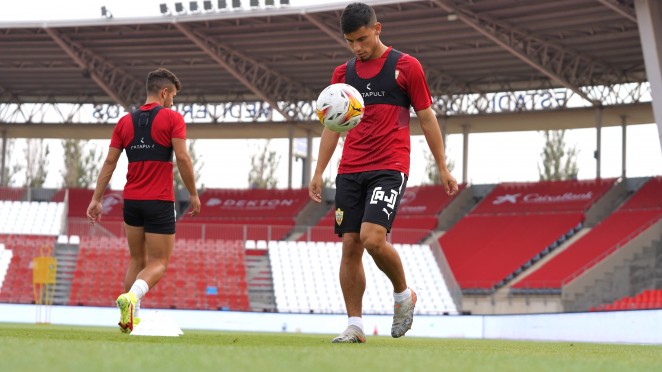 The match will be played at the Power Horse Stadium.

The match Almeria vs Real Madrid will be played at the Power Horse Stadium located in Almeria, Spain. The stadium has a capacity for 15,000 people.
2:28 PM2 months ago