Despite the Netherlands' best efforts, Argentina beat them on penalties to qualify for yet another World Cup semifinal.
4:57 PM2 months ago

Goal, goal, goal for Argentina! Lautaro Martinez sends his shot into the corner and sends Argentina into the semifinal.
4:56 PM2 months ago

Goal, goal, goal for the Netherlands! De Jong sends in a lethal shot to tie the score.
4:55 PM2 months ago

He missed it! Enzo Fernandez sends a cross shot that ends up hitting the post.
4:55 PM2 months ago

Goal, goal, goal for the Netherlands! Koopmeiners shoots to the center and scores the first.
4:53 PM2 months ago

Goal, goal, goal for Argentina! Paredes scores the second from the penalty spot.
4:53 PM2 months ago

He missed it! Berghuis shoots but ends up missing his shot.
4:52 PM2 months ago

He saves it! van Dijk sends his shot and Martinez saves it.
4:45 PM2 months ago

It's over! The match ends and everything will be defined in penalty kicks.
4:41 PM2 months ago

Martinez's shot, but Noppart prevents his goal from falling.
4:38 PM2 months ago

Messi's powerful shot ends up going wide of the goal.
4:28 PM2 months ago

Actions are resumed
4:28 PM2 months ago

Change from Argentina. Molina comes off for Montiel
4:27 PM2 months ago

At the end of the first half, the score remains tied at two goals.
4:24 PM2 months ago

Close! Otamendi fails to control the cross and the ball ends up going wide.
4:22 PM2 months ago

Messi's cross, but the ball ends up going over the end line.
4:20 PM2 months ago

A back-and-forth encounter, both teams seek to generate danger without neglecting their goal.
4:11 PM2 months ago

The first overtime is played between Argentina and the Netherlands.
4:05 PM2 months ago

It's over! The match ends in a draw, the Netherlands tied at the last minute and it will go to overtime.
4:04 PM2 months ago

Goal, goal, goal for the Netherlands! A free kick is left in the box, Weghorst pops up and fires in a shot to tie the game.
3:58 PM2 months ago

Intense match, both teams are looking for the opponent's goal, Argentina is lying back waiting for the onslaught.
3:52 PM2 months ago

Dumfries's shot is blocked but fails to hit the target.
3:47 PM2 months ago

Close! A shot from the Netherlands hits the net from the outside.
3:46 PM2 months ago

Argentina changes. PTagliafico and Pezzella are replaced by Acunha and Romero.
3:36 PM2 months ago

Penalty for Argentina! Cunha falls inside the box and the referee awards a penalty kick.
3:25 PM2 months ago

The Netherlands had the ball for the longest time in the second half, looking to tie the game.
3:21 PM2 months ago

Messi arrived with danger, but Noppert anticipated and prevented the shot.
3:13 PM2 months ago

Changes from the Netherlands. Bergwijn and de Roon are replaced by Berghuis and Koopmeiners.
3:09 PM2 months ago

Half-time at Lusail. The score is in favor of Argentina by the minimum.
2:52 PM2 months ago

Good intervention by Dumfries, who ends up avoiding the arrival of Cunha.
2:47 PM2 months ago

Messi's shot at the Netherlands goal, but goalkeeper Noppert keeps the ball.
2:44 PM2 months ago

Goal, goal, goal for Argentina! Messi's pass looking for Molina, the player drives and shoots to score the first.
2:34 PM2 months ago

Gakpo's cross, but Romero anticipates and ends up winning and pushing the ball away.
2:27 PM2 months ago

Powerful shot by Berwijng, but the ball goes wide.
2:22 PM2 months ago

Depay arrived with danger, but Otamendi ended up intervening and put the ball away.
2:17 PM2 months ago

A ball looking for Álvarez, but the ball ends up in the goalkeeper's hands.
2:12 PM2 months ago

Argentina seeks to generate danger, but does not finish its plays in the right way.
2:07 PM2 months ago

Argentina and the Netherlands kick off the action
2:02 PM2 months ago

Both teams are already warming up before the start of the match, a very interesting duel.
1:47 PM2 months ago

Argentina is already in Lusail, the Albiceleste team will be looking to continue their progress in this World Cup. 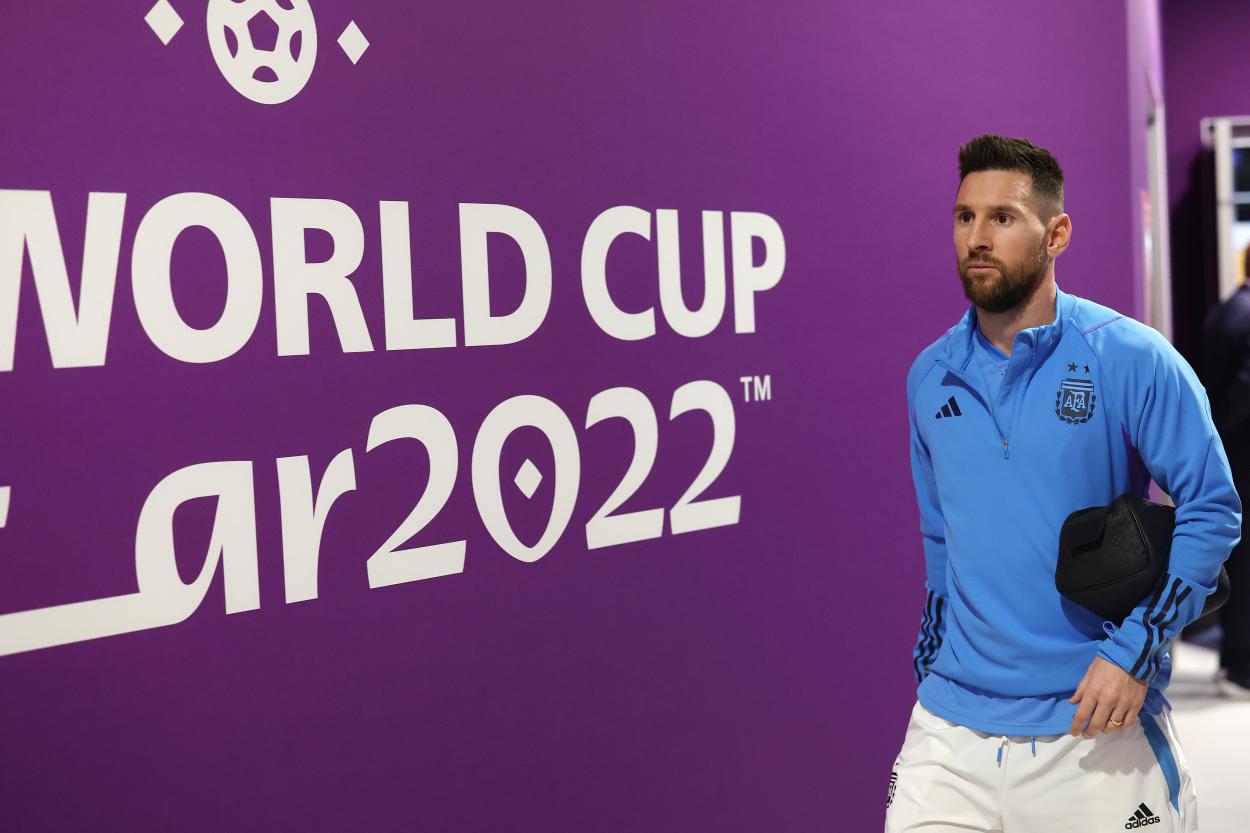 The Netherlands is already at the stadium, Van Gaal's team will go all out to qualify for the semifinal.
1:37 PM2 months ago

Despite rumors of Rodrigo de Paul's possible injury, the player is in Argentina's starting XI.
1:32 PM2 months ago

The Netherlands has to pay special attention and watch out for Lionel Messi, the striker will look to have the ball to generate danger in the net and thus sign his team's pass.
1:27 PM2 months ago

The Netherlands have made it through three previous rounds, the last time they lost in 1974 to Brazil.
1:22 PM2 months ago

Memphis Depay is the Dutch player Argentina will have to pay special attention to, the striker will be looking to generate danger in the opponent's goal.
1:17 PM2 months ago

he last two meetings between these two teams ended in a scoreless draw, the first in the group stage in 2006 and the second in the semifinals in 2014, where Argentina ended up qualifying after a penalty shootout.
1:12 PM2 months ago

Beggining to be defined

The first match of this phase ended and Croatia surprised Brazil in a penalty shootout to reach the semifinals.
1:07 PM2 months ago

We are back for the match between the Netherlands and Argentina, corresponding to the quarterfinals of the Qatar 2022 World Cup. We will shortly share with you the most relevant information, as well as the confirmed lineups.
1:02 PM2 months ago

When is Netherlands vs Argentina Today? Date and time for World Cup quarterfinal match

This is the kick-off time for the Netherlands vs Argentina match on December 9, 2022 in several countries:
12:57 PM2 months ago

Stay tuned for the Netherlands vs Argentina live score

Argentina-Netherlands match can be tuned in from the live streams of the Blue to Go App.

In a few moments we will share with you the starting lineups for Netherlands vs Argentina live, as well as the latest information from the Lusail Stadium. Stay tuned for up-to-the-minute live coverage of the match on VAVEL.
12:52 PM2 months ago

Where and how to watch Netherlands vs Argentina live score online

If you want to watch the match live commentary online, VAVEL USA is your best option.

Lionel Scaloni told the press before the match: "Yesterday's (Wednesday) training session was behind closed doors, I do not know how they know that Rodrigo has something going on with him and it is very strange and with this you know what I mean. In principle he is fine, we are going to see the training. Yesterday we trained behind closed doors and I don't know where this information comes from."

"Am I angry about what Rodrigo De Paul said? I don't know if we are playing for Argentina or for Holland. The training was behind closed doors. I don't understand the need to generate alarm. The rival is attentive to those things."

"Rodrigo trained yesterday, we will see what decision I make in this afternoon's training session. In principle he trained, the players who have played we sometimes decide that they do half training. I wouldn't dare to say if he's in or not, you never know. The players who do not train always do it as a precaution, what comes out in the press is very difficult to handle. We are clear that the player who goes out on the field has to be in the best condition we believe he is in to give his best".

Louis Van Gaal spoke ahead of this important match: "Argentina is one of the world leaders. With players of reference. In fact the real World Cup for us starts tomorrow. Argentina and maybe Brazil in the next round are of a different caliber."

"As for the referee, I think he is fantastic. We've had referees from second-tier countries and this one is at the first level."

"We are not going to force the players to kick or not to kick the penalty. We have to look at the feelings. Obviously we need to adjust to our ideas. We give support with scientific data, but they can do it the way they want. Obviously we practice penalties and we hope that will be an advantage if we get to that stage."

"Soccer is no longer played like in '74 or '98. You can have opinions, but this has evolved. There are moments of decision making that you remember. It's much more difficult now than it was 20 years ago. In 2014 I started to develop a more defensive system. I was criticized and now people like it. So soccer has evolved. There are very compact defenses and that ends up being easier than an offensive system. You have to see it with your own eyes. This is what we play now. Obviously I'm sure time has been important. I don't think I've changed that much. My vision has evolved, we saw that. I was coach of a very offensive Ajax, I moved to Barcelona and I learned that you can't always pursue your goal and that's when I started to change my mind and I understood that soccer can be seen in a different way. On a personal level, I think I have more patience now than before".

In this press conference what I say is "Brazil plays on the counterattack". They are doing the same as our national team. But they have fantastic players on a technical level. I have always said that Brazil is a fantastic team and we are a country that can become champions.

I am a coach and I have my prejudices when it comes to Luis Enrique. When they were champions he was one of the most important players, the number 10, and he scored a lot of goals in key moments of the game. I can't judge him as a coach because I don't see how he coaches. I can't say anything. That's the way the soccer world is. I can't judge the Moroccan coach or Luis Enrique. I can answer about Ziyech who was trained in the Netherlands and is exceptional. I think it's fantastic that Morocco qualified. They have very good players in our league.

"I am only doing this for the Netherlands because of an emergency situation. You never know what is going to happen. If an interesting challenge comes my way I might continue. But I'm 71. I know I'm glowing and I look young...".

How does Argentina arrive?

Argentina came into this match after defeating Australia in the round of 16, a very interesting match that ended up being decided in the final minutes of the game. 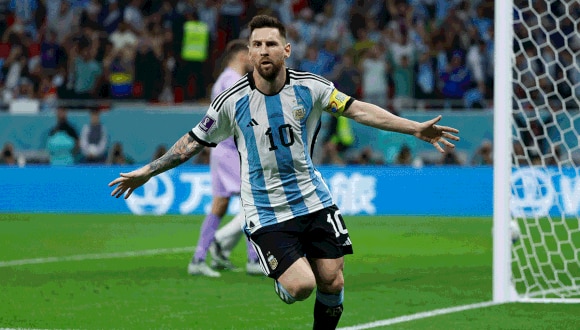 How are the Netherlands coming in?

The Netherlands will arrive at this match after leaving out the United States three goals to one, giving a blow on the field and surprising with the elimination of the U.S. team. 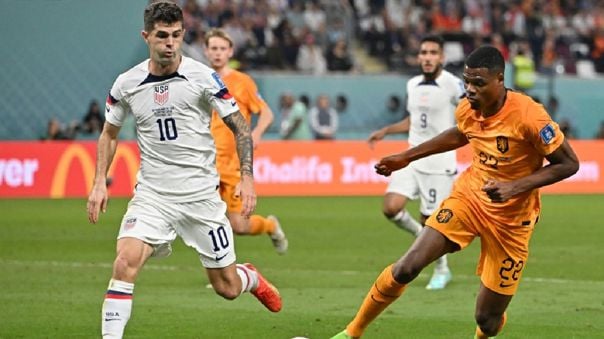 The match will be played at Lusail Stadium.

The Netherlands vs Argentina match will be played at the Lusail Stadium, located in Lusail, Qatar. The stadium has a capacity of 40,000 people.
12:12 PM2 months ago