Unfortunately that will be it for our coverage of ATP World Finals from VAVEL USA and we look forward to having you join us for our next LIVE event.. 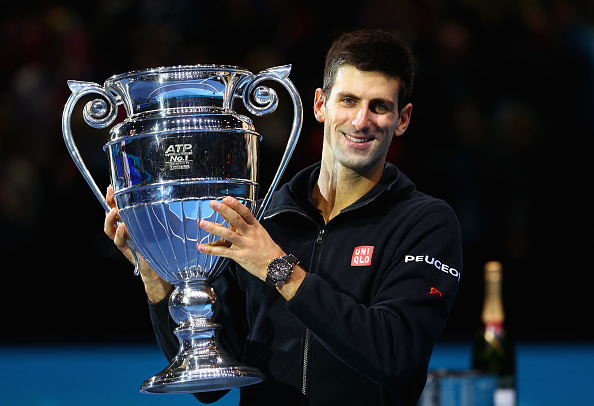 The focus for Federer will now shift towards the Davis Cup and trying to bring home the only title that is currently missing from his trophy case. Ironically enough, it will be Federer and Stan Wawrinka who will lead Switerzland into battle against France later this month, after Roger suffered his injury during yesterday's semi-final.

With the withdrawl, Djokovic will become the third man in ATP World Finals history to claim the season ending event for a third consecutive year. He joins Ivan Lendl and Ilie Nastase as the only back-to-back-to-back champions and now has four titles under his belt.

As far as disappointments go, this one has to rank right up there. Apparently, Federer is sufferring from a bad back. Always a class act, Federer actaully came out and personally addressed the crowd to inform them he would not be able to particapte in the final.

It looks as though Andy Murray will be filling in for what has now essentially become nothing more than an exhibition between the two-time Grand Slam winner and No. 1 seed Novak Djokovic.

In an absolutely unexpected turn of events, it appears as though Roger Federer has been forced to withdraw from today's matchup due to an apparent injury. More to come.

We are just under thirty-minutes away from the start of today's highly anticipated finale at the Barclays ATP World Tour Finals between Novak Djokovic and Roger Federer. Stay tuned to VAVEL USA for minute by minute play-by-play from London, England.

Heading into the 2014 Barclays ATP Tour World Finals Djokovic - Federer Live final, there was only one match tennis fans across the world were hoping to see in London. On Sunday afternoon, they will get their wish when Novak Djokovic takes on Roger Federer in what should turn out to be one heck of a way to finish off what has truly been memorable year in men’s tennis.

While the talented Serbian had already wrapped up the No. 1 ranking in the world earlier in the week, there is no question his sole focus coming into the tournament was to leave England with his third consecutive season ending crown in hand. With that said, something tells me Federer would love nothing more than to add a sixth title to what has been an astonishing comeback season for the seventeen-time Grand Slam Champion.

After both men had a relatively easy run through the round robin portion of the competition, they were pushed to the distance in their semi-final matches on Saturday, though the No. 2 seed had a far more difficult time of things facing fellow countryman Stan Wawrinka, in what was by far and away the finest match of the entire week…at least for now it was.

While Kei Nishikori did manage to become the first player to win a set from the No. 1 seed at this year’s event, no doubt using the confidence he had gained from knocking Djokovic out of the US Open to his advantage, he took a grand total of one game from the seven-time major winner in the other two sets.

Whereas Mr. Federer had to fight off four match points and ultimately win in a third set tiebreaker before sneaking past Wawrinka and booking his ticket into the ninth World Tour Finals of his illustrious career, tying him for the most all-time with Ivan Lendl. Not too shabby for a thirty-three year old, who just over a year ago, many believed was on the verge of becoming nothing more than afterthought when it came to the bigger events on tour.

Yet here we sit, with Federer about to take part in his eleventh final of the season, good enough for top spot among all players, and staring at the really possibility of taking home his sixth title on the year, which would match his opponent on Sunday afternoon for the most in 2014…so much for becoming nothing more than an afterthought.

Like Federer, Djokovic could also find himself sharing a spot in the record with the former world No. 1, should he find a way to leave London victorious. A third consecutive title would make the twenty-seven year old only the third player in history of the event to accomplish the feat, joining Lendl and Ilie Nastase as back-to-back-to-back winners.

As for their head-to-head meetings go, Federer still holds a slight advantage over the course of their careers with a 19-17 record but that number has drastically dwindled over the last number of years. However, when it comes to 2014, the “elder-statesmen” has actually won three of their five meetings. While Djokovic won the big one at Wimbledon, outlasting Federer in what turned out to be one of the finest finals in the storied history of the All England Club’s Centre Court, Roger looked awfully impressive during wins in Dubai, Monte Carlo and most recently Shanghai. 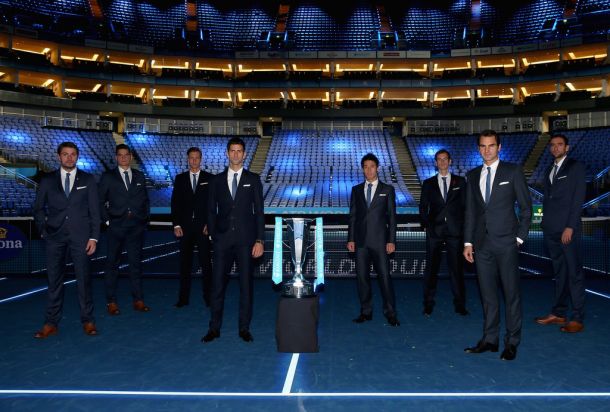 In fact it was the sheer dominance of his performance in China, which makes the potential for this final so intriguing. For the first time in a long while, Djokovic seemed almost perplexed as to what would be his best approach in dealing with Federer when he is playing at such a high level. To his credit, after losing in straight sets, Novak came right out and said he was actually pleased with how he had played during their semi-final match but heaped all the praise on his opponent…”he played a perfect match”.

High praise indeed and it should not be taken lightly. Having said all of that, in the two matches they played when the title was actually on the line, at Wimbledon and Indian Wells, it was the Serb who came out on top. You can take that for what it’s worth but in the end, something that simple could be the difference between winning and losing.

Regardless of who walks away with the winner’s trophy and prize money on Sunday afternoon, let us hope these two legends of the game Djokovic - Federer can closeout what has truly been a fascinating year on the ATP Tour with yet another instant classic that tennis fans across the world won’t soon forget.

Road To The Finals

Doha Diamond League 2020: The end of the most unconventional athletic year 24 days ago

Russian skating queens back in action a month ago

Diamond League Monaco: Records are immune to the pandemic 2 months ago

Monaco Diamond League Guide: Normality and athletes are back on track 2 months ago
Restore your password
Please enter your user name or email.
Login Member or Writer Panel
Enjoy your own Customized Newspaperwith VAVEL topics' carousels!