Thank you very much VAVEL friends for joining us in this Sunday Night Football game. 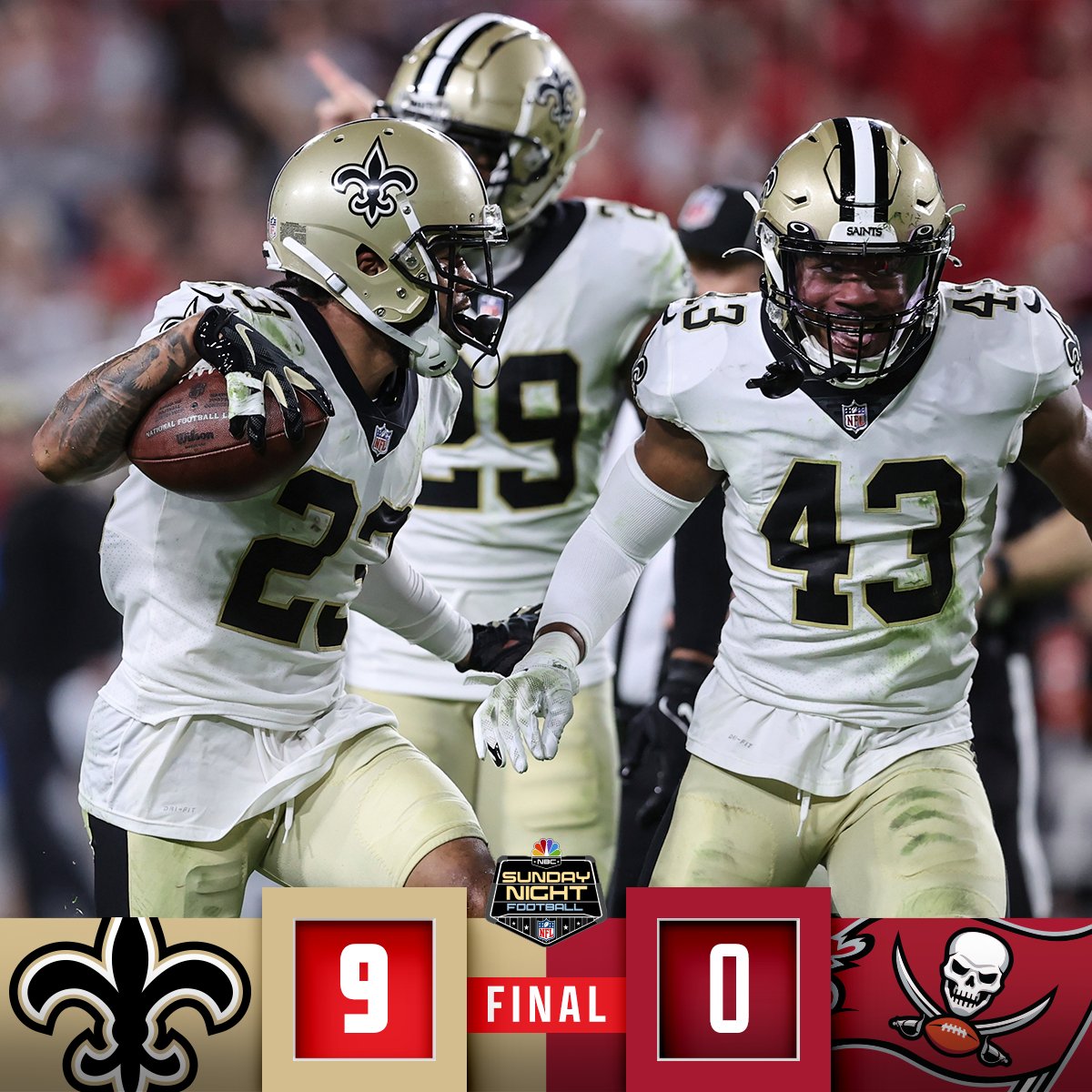 T. Brady scrambles up the middle to NO 22 for 2 yards.

FUMBLES, RECOVERED by NO M. Lattimore at NO 13.

The Saints go ahead at halftime: 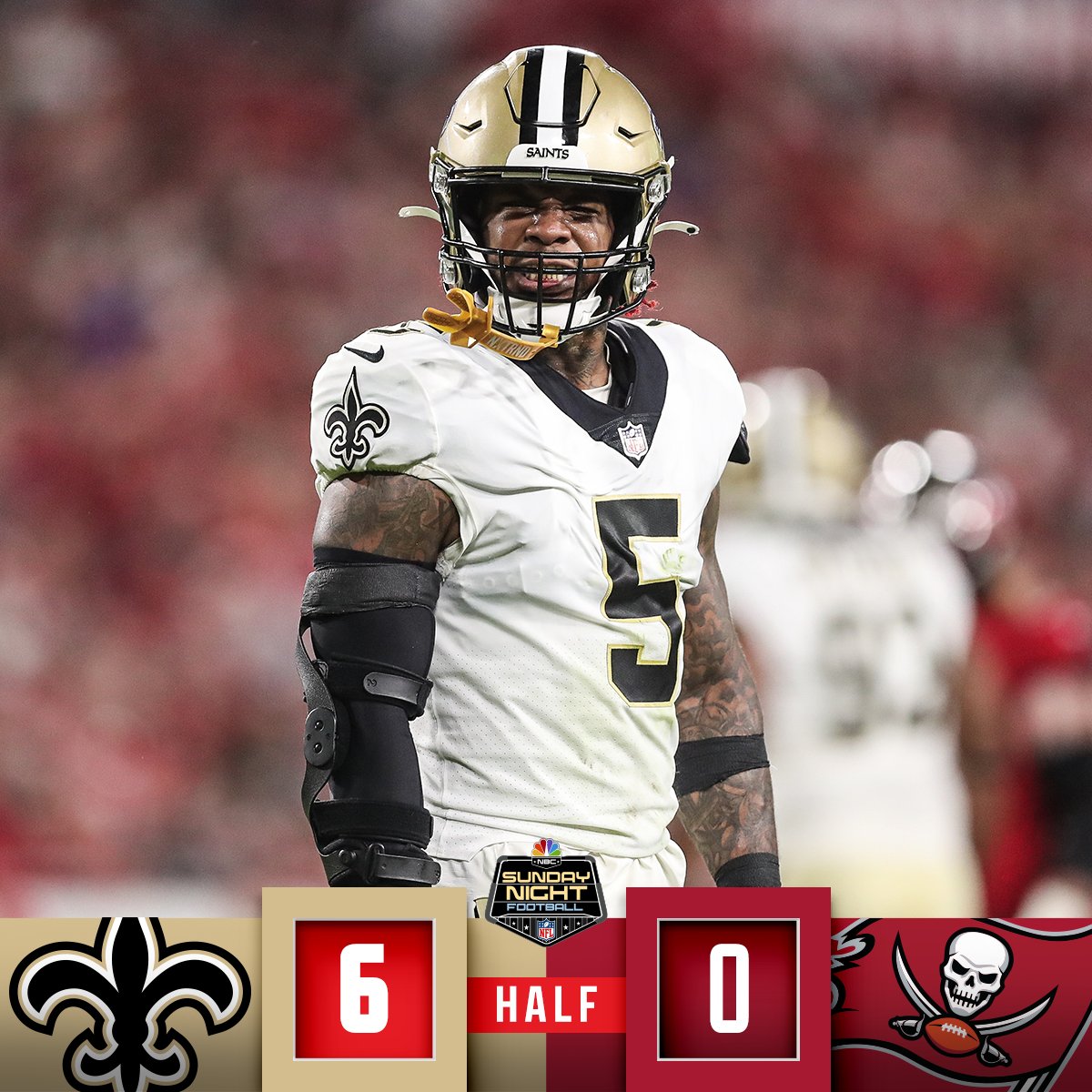 FUMBLES, ball out of bounds at NO 31.

All set at Raymond James Stadium

All set ladies and gentlemen for the kickoff of this Sunday Night Football from Raymond James Stadium, hopefully we have a great game tonight in NFL Week 15.

Saints vs Buccaneers next here on VAVEL.

This is how the Saints come out onto the pitch

Moment in which the Saints take to the Raymond James court to face this important duel towards the playoffs:

The Bucs take to the pitch of Raymond James Stadium

The NFL Champions take to the field to face the Saints on Sunday Night Football:

Who is taking home the win on SNF? 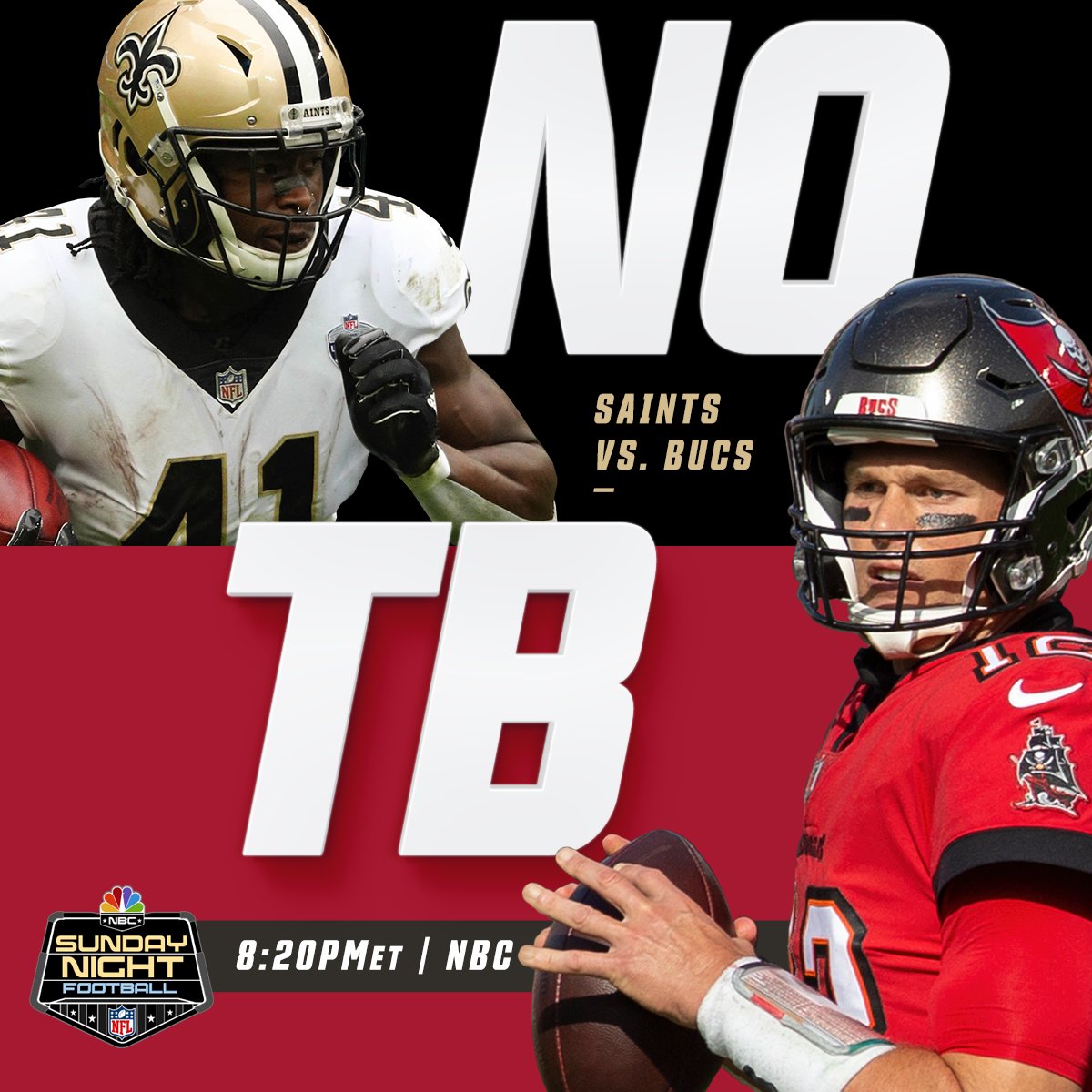 This was the arrival of the Champion to the stadium

This is how the NFL Champion arrived at Raymond James Stadium an hour ago.

The Saints defense will be key in the game

Tampa's defense ranks third in rushing yards allowed per game and is tied for fourth in interceptions. They rank 19th in the NFL in points per game allowed and are in the top six in QB sacks per game.
5:21 PM8 months ago 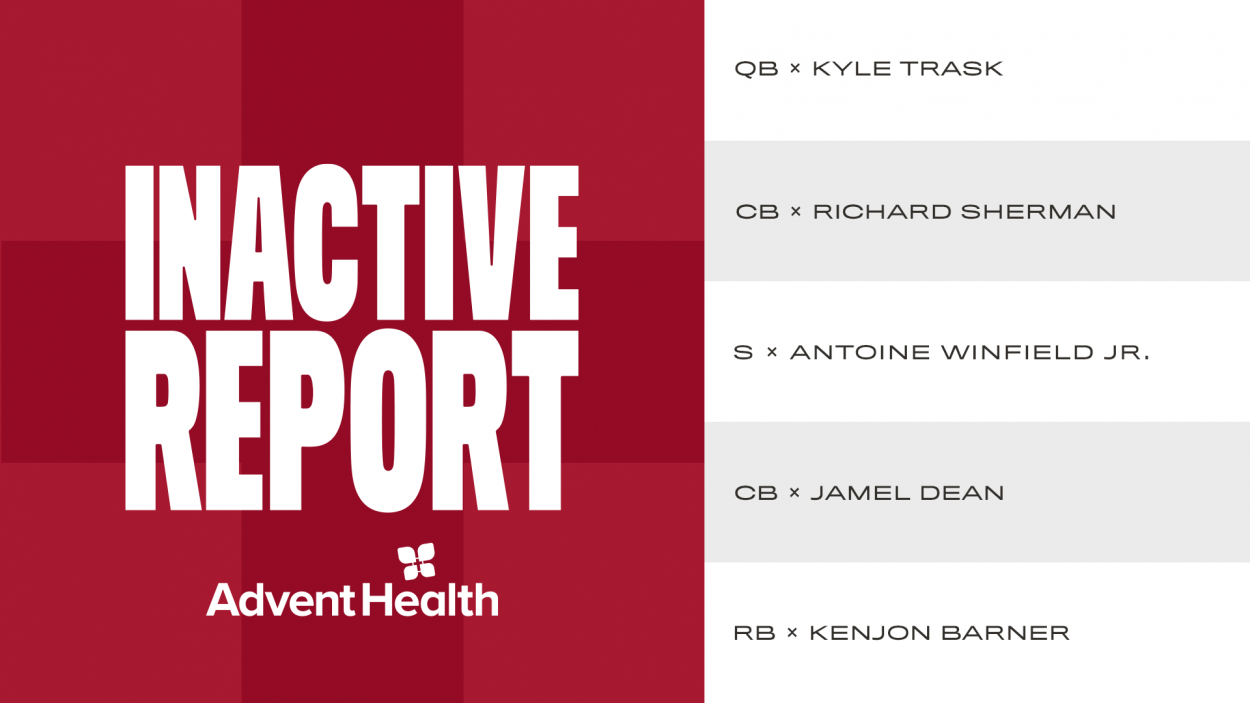 The Saints offense has had a lot of trouble

Taysom Hill is the starting quarterback with Jameis Winston out this year. The Saints will be leaning on the running game on offense tonight as they attempt to fight for a playoff spot.

Alvin Kamara returned to action last week for the first time since week 9 with a knee and hamstring injury. He has 650 rushing yards, four rushing touchdowns, 36 receptions, 335 receiving yards and four TDs in nine games played.

We begin the coverage of Sunday Night Football: Saints vs Buccaneers:

How to watch New Orleans Saints vs Tampa Bay Buccaneers Stream on TV and Online?

If you want to watch the game New Orleans Saints vs Tampa Bay Buccaneers live on TV, your options are: NBC and UNIVERSO.

What time is New Orleans Saints vs Tampa Bay Buccaneers match for NFL?

This is the start time of the game New Orleans Saints vs Tampa Bay Buccaneers on December 19th, 2021 in several countries:

The two teams have met 60 times, with the New Orleans Saints winning 38 games and the Tampa Bay Buccaneers winning 22 games.

The last meeting between the two teams was on October 31, 2021, a game that the New Orleans Saints won 36-27 at the Caesars Superdome.

The New Orleans Saints started as favorites last week and easily proved it by crushing the Jets 30-9. Alvin Kamara had a great game, rushing for 120 yards and a rushing touchdown. He added four receptions for 25 receiving yards. Taysom Hill went 15/21 for 175 passing yards, 73 rushing yards and two rushing touchdowns. The Saints sacked Zach Wilson three times, while the Saints' offensive line looks like a hospital as he has heavy injury casualties.

Alvin Kamara returned to action last week for the first time since week 9 with a knee and hamstring injury. He has 650 rushing yards, four rushing touchdowns, 36 receptions, 335 receiving yards and four TDs in nine games played. Taysom Hill is the starting quarterback with Jameis Winston out this year. The Saints will be leaning on the running game on offense tonight as they attempt to fight for a playoff spot.

The last time we were in Tampa 😏 pic.twitter.com/8dJuK8Aga3

The Tampa Bay Buccaneers were favorites in their last game and they showed it on the field by defeating the Buffalo Bills 33-27 in overtime. The Bucs were up 24-3 at halftime, but Buffalo was able to come back and tie the game to send it into overtime, where Tom Brady threw a pass to Breshad Perriman for a 58-yard touchdown to win the game.

The defense intercepted Josh Allen once and sacked him three times. While the Tampa Bay secondary has many absences and injuries. Antonio Brown has been suspended for three games.

"I don’t know how many times I have to keep telling you people. I’m the fastest man alive." -@TomBrady pic.twitter.com/wSt4KGcu5Q

The match will be played at Raymond James Stadium

Raymond James Stadium, also known as "Ray Jay", is a multipurpose stadium located in Tampa, Florida. It is home to the Tampa Bay Buccaneers of the National Football League, as well as the South Florida Bulls football team of the National Collegiate Athletic Association and the Tampa Bay Vipers of the XFL. It was inaugurated in 1998, has a capacity for 65,618 people and is expandable to 75,000 for special events. Its name comes from the sponsorship of the Raymond James Financial company.

Raymond James Stadium has hosted the XXXV, XLIII and LV editions of the Super Bowl, as well as the 2017 College Football Championship Game. 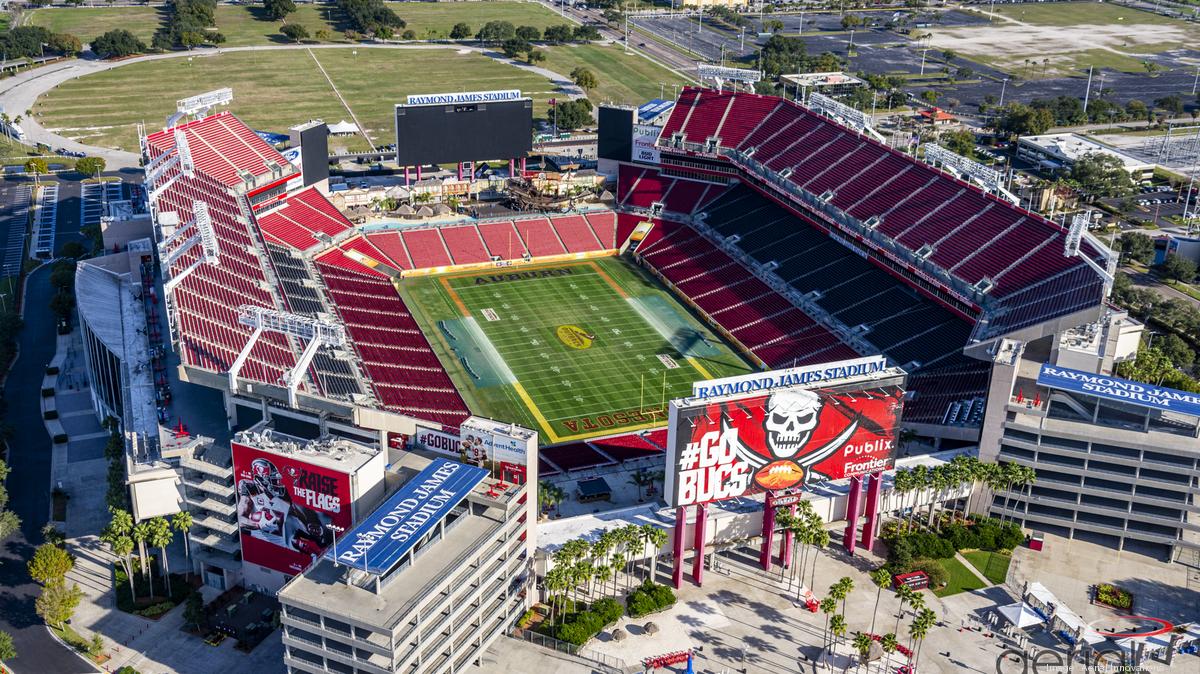 My name is Alex CR and I’ll be your host for this game: New Orleans Saints vs Tampa Bay Buccaneers. We will provide you with pre-game analysis, score updates, and news as it happens live here on VAVEL.