Game over with Commanders victory!
7:33 PMa month ago

End of the second quarter.
5:55 PMa month ago

D.Prescott passes short left to C.Lamb and he scores a touchdown. B.Maher misses the extra point.
5:41 PMa month ago

End of the first quarter.
5:06 PMa month ago

S.Howell evades tackle on the right.
4:52 PMa month ago

J.Slye fails to score a field goal.
4:51 PMa month ago

S.Howell passes to T.McLaurin for 16 yards and he scores a touchdown. J.Slye scores the extra point.
4:37 PMa month ago 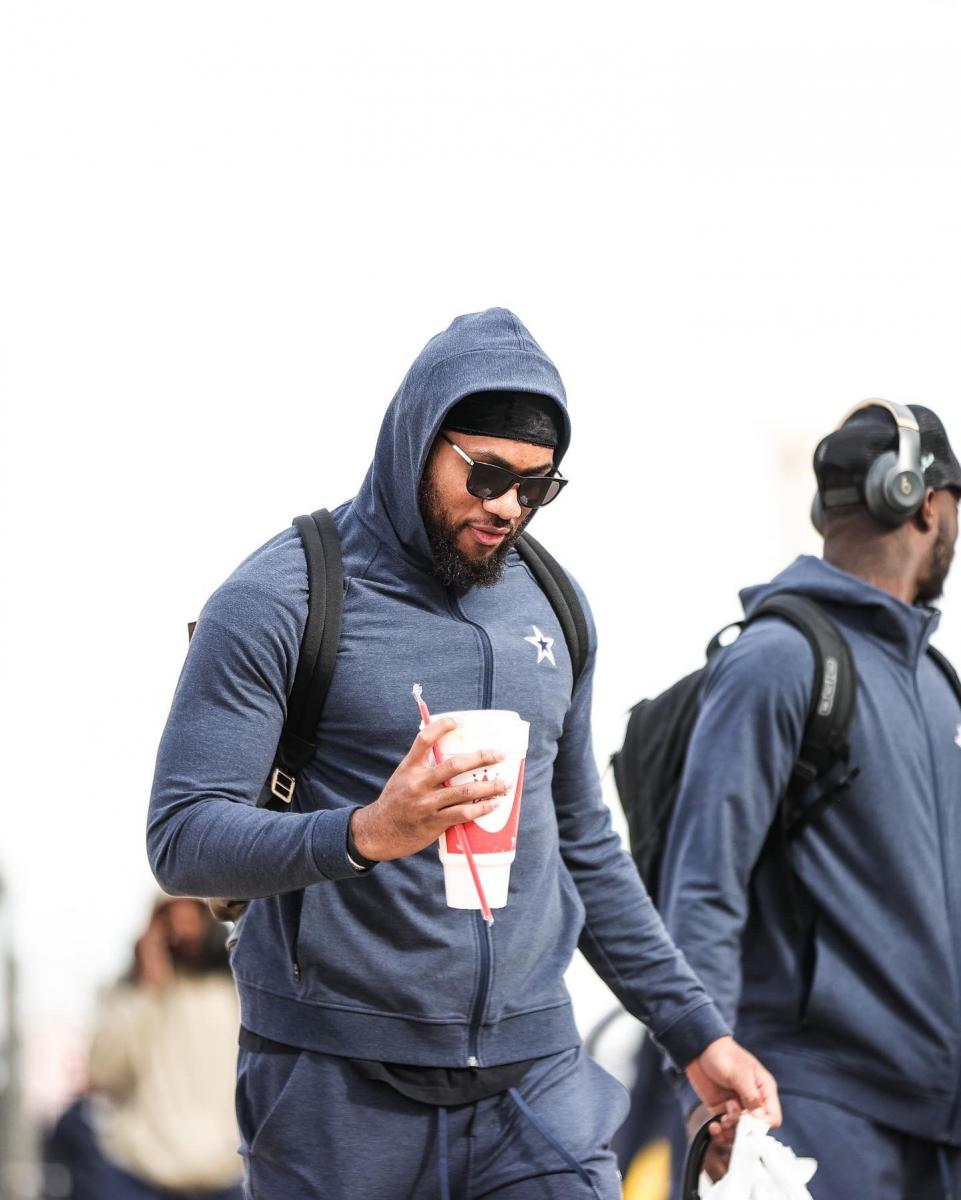 How and where to watch the Dallas Cowboys - Washington Commanders match live?

If you want to directly stream it: NFL League Pass

This is the kickoff time for the Washington Commanders vs Dallas Cowboys game on January 08th in various countries:

Usually when one team still has everything to play for and another that doesn't have anything to play for, things can get wild. Washington has a talented roster on paper but for some reason just couldn't fully convert in key situations this season. So there's an added frustration on how things went for them this season. While Dallas needs their own domino (a win) to fall first before they can hope for any playoff rewards. I anticipate Dallas taking full advantage of a ramp-up opportunity by taking care of business early and often against Washington before pulling the starters late. Dallas gets win number 13 in a big way, 41-20.
12:40 PMa month ago

There's been a lot going on this week that have made it hard to focus on Washington. Damar Hamlin's injury, the Hall of Fame selections, the playoff picture; it just seems like things have been bigger that the regular season finale against the postseason-less Commanders. But as Mike re-emphasized in his final press conference on Friday, the Cowboys have the goal of winning the game and giving all their energy to that task. They'll face yet another backup quarterback with limited tape, providing even more challenges in the preparation, as well as the most efficient third-down defense in the league. All good things to face before the final guaranteed game of the season, though. I think this game gives the Cowboys an opportunity to address their weaknesses, solidify some spots and hopefully walk away with a franchise-tying 13th win. It won't be easy – the Commanders are scrappy and like to play spoiler – but give me Dallas with the dub 33-21.
12:35 PMa month ago

Not any easy game to predict and the main reason for that is Washington. Sure, the Cowboys need to win this game and will go out and play that way. For the Commanders, it's a different story and getting into the psyche of that locker room is a challenge. Do they roll over because the season is over and there will be no playoffs? Are they injured to the point where many key players will sit? Or do they play loose and fast and go out to spoil the Cowboys' chances of winning the division, something that would definitely give their fan base a boost (much more than a friendly pig mascot) heading into the offseason. But how the Commanders play will only play into the final score. I see the Cowboys scoring a lot of points once again and getting to 30 points. Washington, behind its rookie Sam Howell at QB, will move the ball and show some life. But ultimately, I've got the Cowboys winning this one 30-21, but I still think they'll have the No. 5 seed with an Eagles win.
12:30 PMa month ago

It's going to the wire, folks. While some would've preferred the Cowboys wave the white flag on the NFC East by sitting starters against the Titans, they thankfully did not, and the Eagles' loss to the Saints was a reward for Dallas' thought process. And with a shot at the division crown, and possibly more, on the line this Sunday against the Washington Commanders, the Cowboys are pedal to the floor. It's a good thing, too, because despite the Commanders having now been eliminated from playoff contention, they'll likely leave it all on the field as a means of ruining the Cowboys chances of improving their playoff seeding while also, for many, trying to make sure they have a job in Washington in 2023. It's too bad for them that the Cowboys aren't letting up though, and with starters taking the field on Sunday to ensure they don't, they'll try to break the Commanders spirit by halftime. Eliminate the mistakes and they'll do just that in what should be a blowout win to secure the 2022 season sweep
12:25 PMa month ago

Neither team has any injured players. Tomorrow the list of inactive players who will not be active in this game will be announced.
12:15 PMa month ago

How are the Dallas Cowboys doing?

Dallas arrives with a record of 12 wins and 4 losses, after surprisingly defeating the Tennesse Titans, a team that stands out in the AFC South, and will seek to continue winning.
12:10 PMa month ago

Eye on the Game