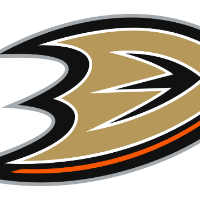 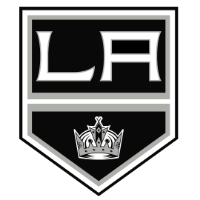 Bruce Boudreau went with his instincts Saturday night when he started John Gibson, rookie goaltender for the Anaheim Ducks instead of veteran Jonas Hiller. This gutsy move paid off in spades as the Ducks evened up their second round series with the LA Kings with a huge 2-0 victory in Los Angeles. The series shifts back to Anaheim tied at 2-2.

John Gibson was the number one star of this game with 28 saves he was able to record a shutout in his NHL postseason debut. The Anaheim Ducks were in desperation mode, as a loss would’ve put them on the brink of elimination. Gibson performed admirably, and when the Kings took over the game midway through the second period, Gibson slammed the door shut.

With Frederik Andersen out due to injury, the Ducks were forced to recall John Gibson from their AHL squad the Norfolk Admirals. Gibson came into Anaheim and showed why he is the future of this Ducks’ organization. Gibson came up huge for Anaheim in a playoff season that consistently has rookie players making an impact. Gibson was humble in the post-game press conferences when asked how he was able to succeed in such high-pressure circumstances:

"…at the same time, there's nothing like playoff hockey in the NHL. It was my first game so I didn't really know what to expect. The team did a really good in front of me and helped me out a lot."

Gibson becomes just the second goaltender in NHL history to record shutouts in both his regular season and post season debuts.

Boudreau meanwhile was adamant that he knew Gibson would give Anaheim their best chance to even up this series:

"As soon as we called him up, I actually thought about it," Boudreau said of starting Gibson, who got the call after Frederik Andersen was injured in Game 3. "The overriding reason was I thought, in today's game, he's been playing and he would give us the best chance to win. When it comes down to it, it's like each individual game is its own entity, and whatever lineup I put in -- I may be wrong 99 out of 100 times -- but I think this is the lineup that can win.”

Leading the Ducks offensively was Ryan Getzlaf and Corey Perry. Getzlaf recorded a goal and an assist, while Perry recorded two assists, including a beautiful pass to Devante Smith-Pelly for the game winning goal in the first period. From the moment Getzlaf scored the 2-0 goal, Anaheim was holding on for dear life as the Kings desperately tried to erase the two goal deficit. But John Gibson would be there time after time, frustrating the Kings and simultaneously carrying the Ducks to victory.

Quick and The Kings

Quick had the opposite night of John Gibson, stopping only 9 of the 11 shots he faced, and getting yanked from the game by Coach Darryl Sutter after the Kings trailed 2-0 when the first period came to a close. Rookie goaltender Martin Jones came in as his replacement, and in the final forty minutes only faced 3 shots.

The Kings came out in this one throwing everything on net, trying to rattle the rookie goaltender early. Gaborik had an amazing chance early in the first period, but Gibson made a fantastic save on the Gaborik shot. LA completely controlled this game from the second period onwards, including holding Anaheim to zero shots in the second period, while recording twelve of their own. In total the Kings outshot Anaheim 28-14, and 19-3 in the final forty minutes of this game.

With that type of dominance the Kings will be searching for answers, but they need to put this game behind them and prepare for a pivotal Game 5 in Anaheim on Monday night.

This series looked all but over when LA took a 2-0 series lead out of Anaheim, but the Ducks have battled back admirably in this series, and now head home to play the first game in what has become a best of three. Home ice has been the opposite of an advantage thus far in this series but Anaheim will be looking to change that in Game 5.